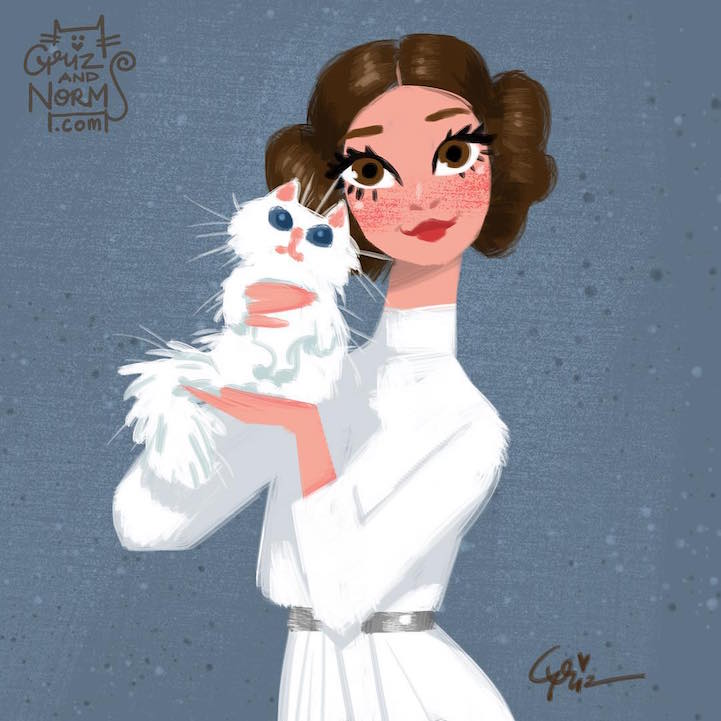 Disney animators Griz and Norm Lemay used their latest series of illustrations to combine two of their favorite things: Star Wars and cats. While this may seem like a highly unusual combination, the artists masterfully managed to pick out the perfect feline companion for each of their Star Wars characters. Rey has a Bengal cat perched atop her shoulder, both looking ready to embrace life on a desert planet. A fluffy, white kitty keeps Princess Leia company and a similar, black-spotted feline sits on top of R2-D2 (with a blue bow bowtie, of course). Padm Amidala is, naturally, the proud owner of a rather serious black cat who seems prepared to take on an entire squad of battle droids. As for the lovable BB-8, the Force Awakens droid has taken a liking to eight calicos and the feeling is definitely mutual. 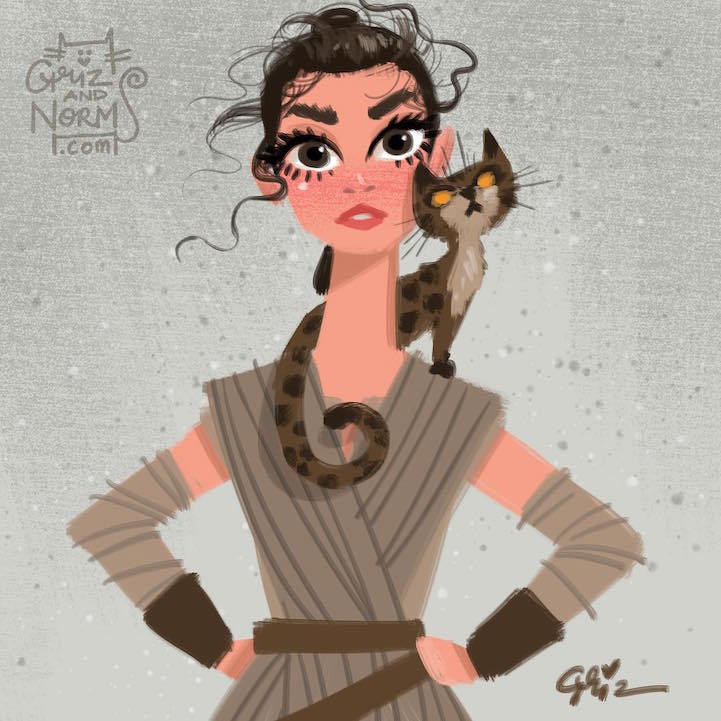 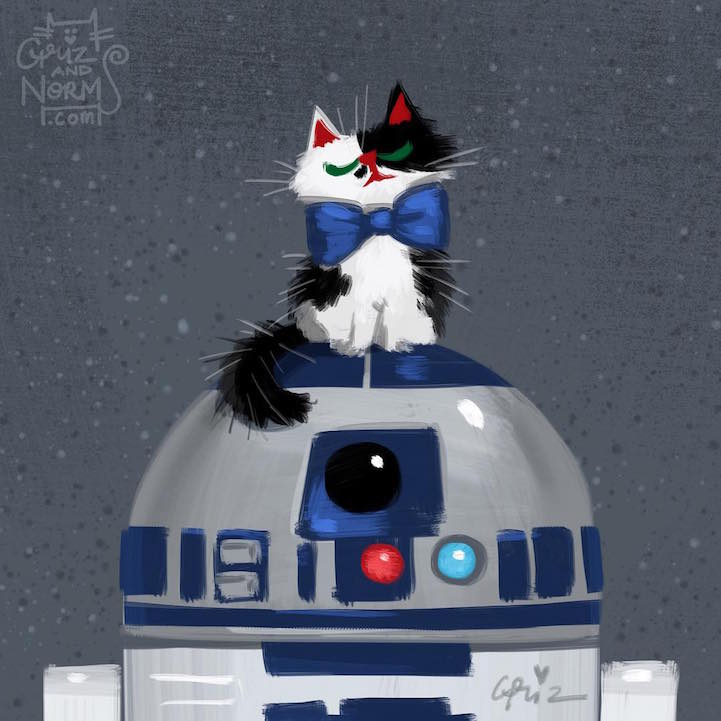 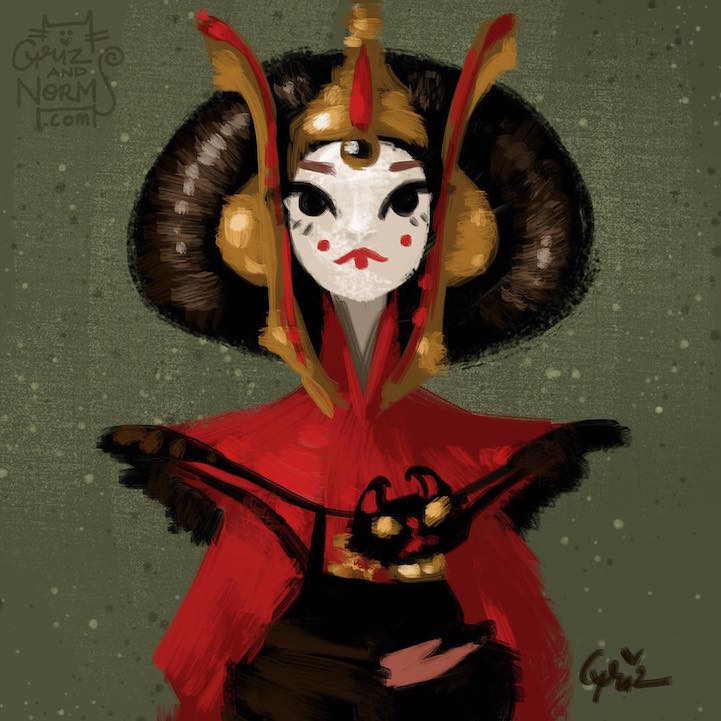 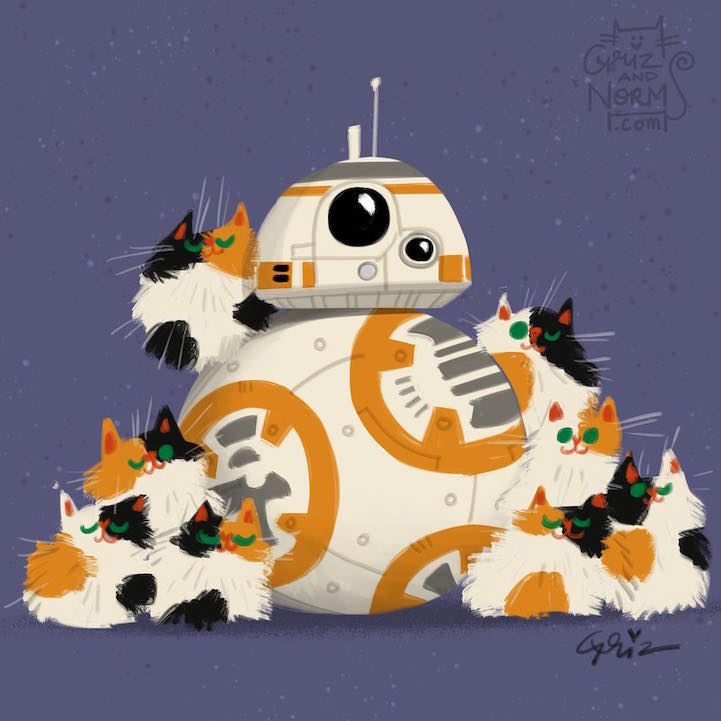 All images via Griz and Norm Lemay.