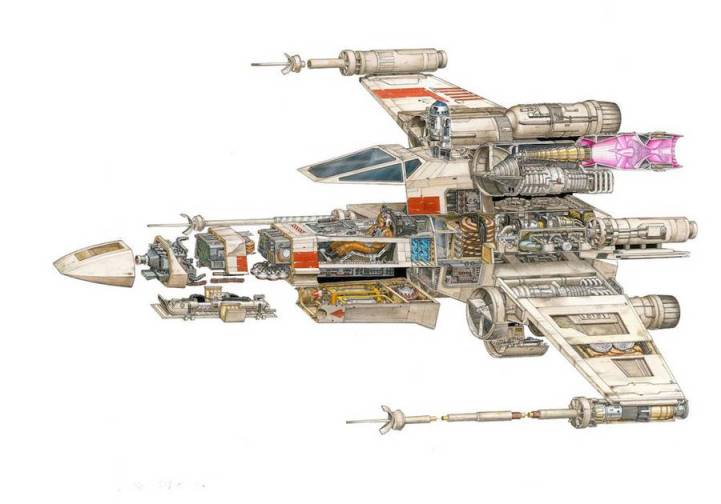 Hans Jenssen has been working as a technical illustrator for decades, and it shows. With painstaking detail and accuracy, he creates cutaway paintings that expose the interior structures of complex vehicles and buildings, down to every last tiny piece of machinery.

Jenssen is best known for his Star Wars series, which includes hyperrealistic 2D replicas of Darth Vader's TIE Fighter, Luke Skywalker's X-Wing, and many more of the film franchise's familiar spacecrafts. He devised the intricate artwork alongside a like-minded colleague named Richard Chasemore, with whom he teamed up to illustrate nine Star Wars Incredible Cross-Sections books. Partnering on the extensive project made it move at least a little faster; but, like its own epic saga, the venture still took ten years to complete.

That slow pace is a testament to the meticulous talent and technical skill required for every individual piece. It's hard to believe the ultra-accurate and futuristic portrayals are done by hand rather than computer, but Jenssen gives a glimpse of the step-by-step method on his website: he first sketches the vehicle's layout in pencil on a grid before going over it with a 0.18mm pen, after which he paints it with gouache, layer by layer, to gradually build texture and contrast. The whole process, based on techniques he studied in college in the 1980s, can sometimes take 15 hours a day.

He explains that careful logic goes into every illustration to “create a system or component for each function of the vehicle and link them with cables, a power source, cooling, insulation and anything I can think of to try to make the cutaway convincing.” We'd call that assiduous attempt a success. 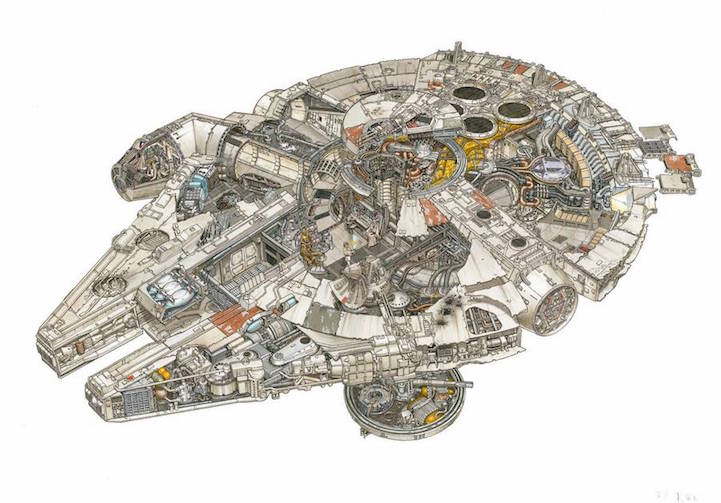 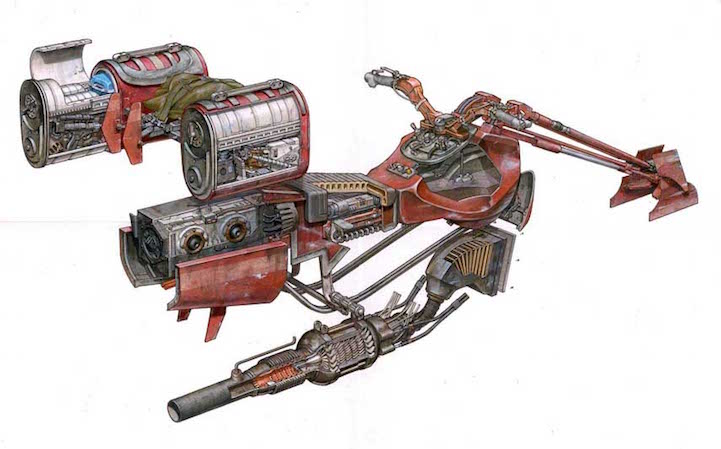 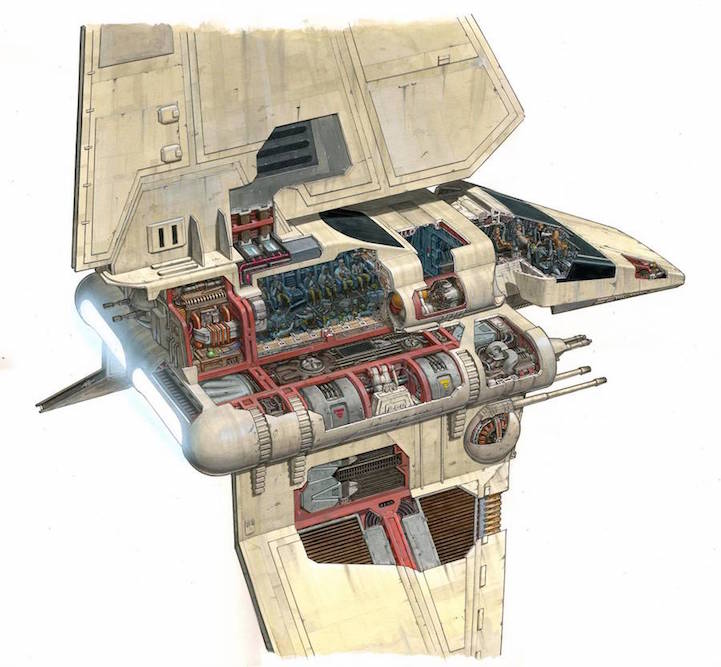 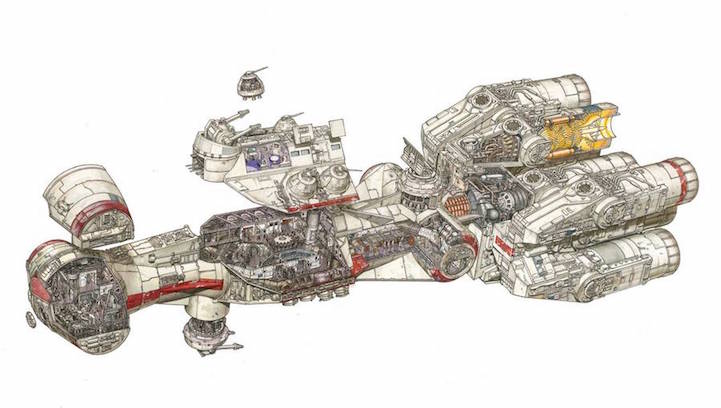 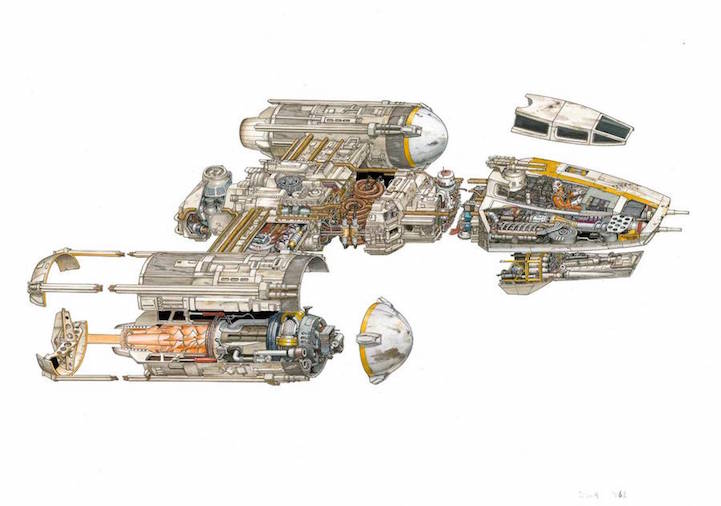 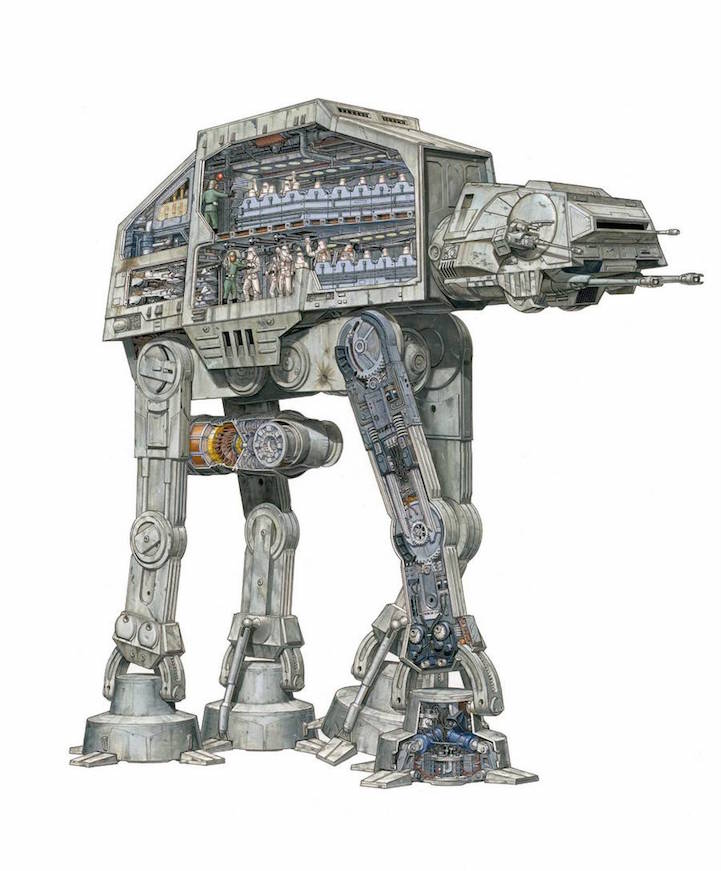 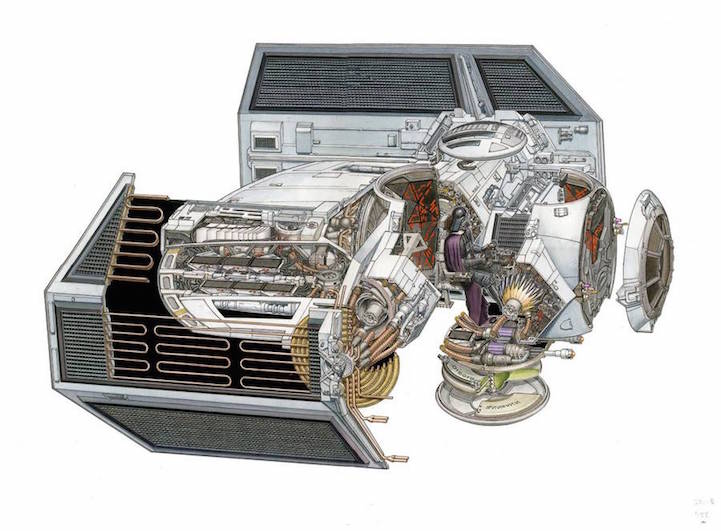 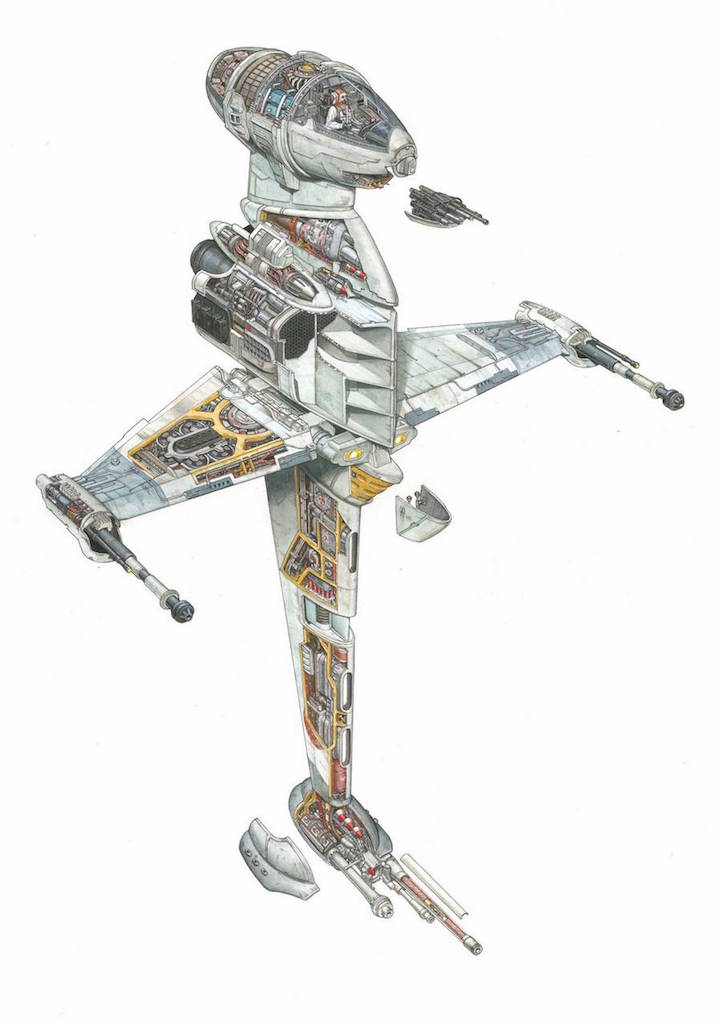 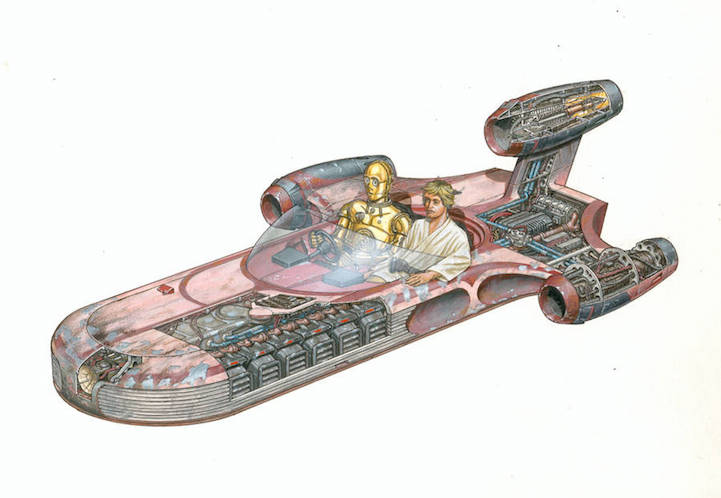 All images via Hans Jenssen.