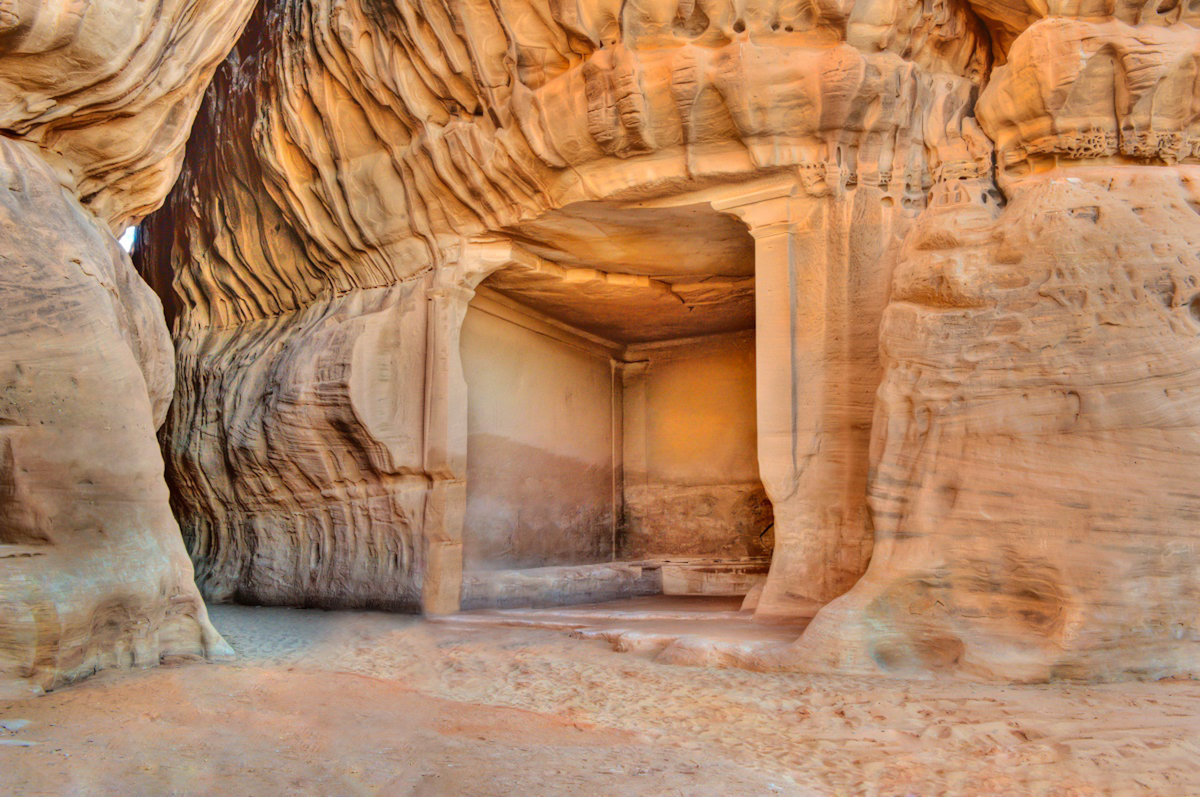 If you are looking for a truly unique tourist destination, look no further than this ancient desert city. Hegra, or Mada’in Salih, is an archaeological site in AIUIa, a city in north-western Saudi Arabia. For the first time in nearly 2,000 years, this incredible city is opening for the public.

David Graf, an archaeologist of the ancient Near East and professor at the University of Miami explains what it is like to visit Hegra and shares his hopes for visitors’ experiences: “It should evoke in any good tourist with any kind of intellectual curiosity: who produced these tombs? Who are the people who created Hegra? Where did they come from? How long were they here? To have the context of Hegra is very important.” However, these questions are not so easily answered. 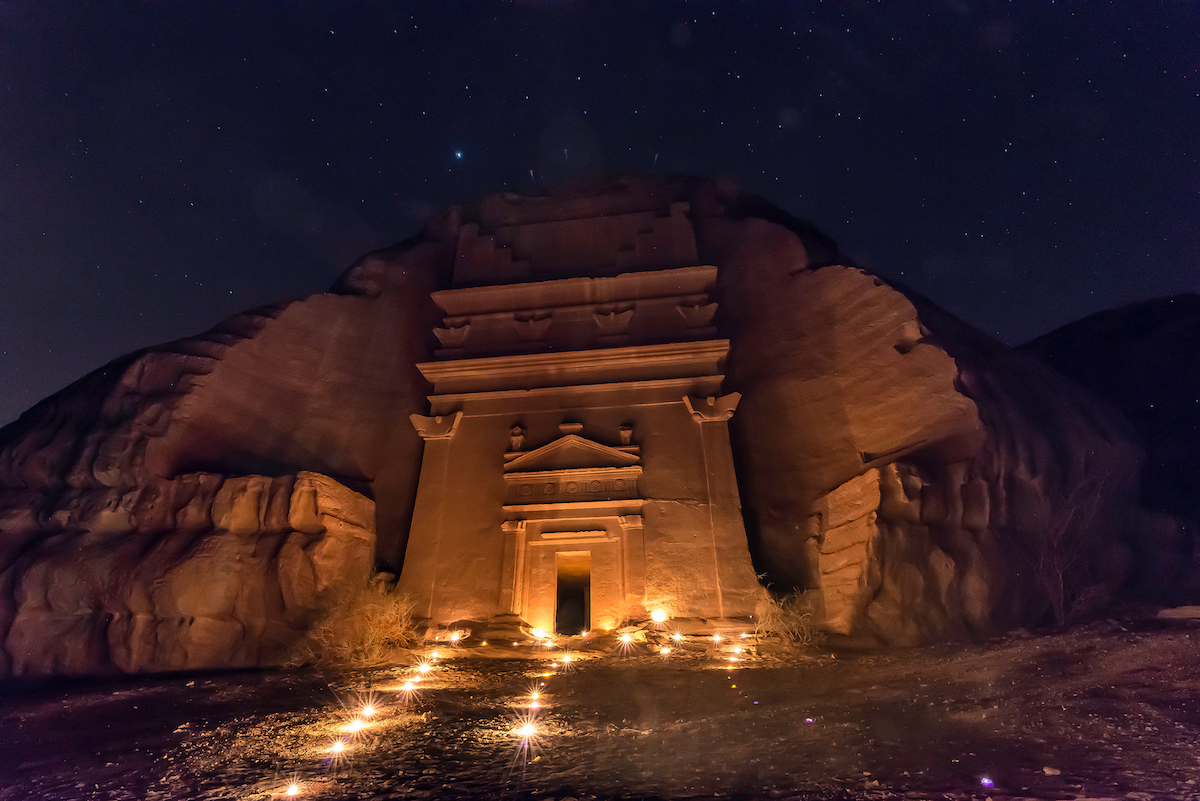 Nabataeans, an often-forgotten civilization, used Hegra as an important center for international trade. You may recognize the culture and architecture of Nabataeans from the more famous and long-visited tourist attracted of Petra. Archaeologist Laila Nehmé, co-director of the Hegra Archaeological Project—a French-Saudi partnership working to safely excavate the site—explains why Nabataeans remain such a mystery despite their influence. “The reason we don’t know much about them is because we don’t have books or sources written by them that tell us about the way they lived and died and worshipped their gods,” she says. “We have some sources that are external, so people who talk about them. They did not leave any large mythological texts like the ones we have for Gilgamesh and Mesopotamia. We don’t have their mythology.” These external documents that Nehmé refers to accounts from Greeks, Egyptians, and Romans who traded and interacted with Nabataeans.

To some, this lack of information adds to the mystery and excitement of exploring this relatively untouched site. What we do know is that Nabataeans were originally nomads who came to hold influence in their region in the incense and spice trade routes. We know that they were active from the 4th century BCE through the 1st century CE and that their land is currently found in Jordan, the Sinai Peninsula, Saudi Arabia, Israel, and Syria. Similar to tourists in Petra, visitors to Hegra will notice that there is little trace of the bustling merchant city we imagine. Instead, the beauty is found in the 111 intricate tombs scattered across the desert city. Ornamentation and architecture is clearly influenced by Greek, Roman, and Egyptian culture with symbolism found in their mythology. 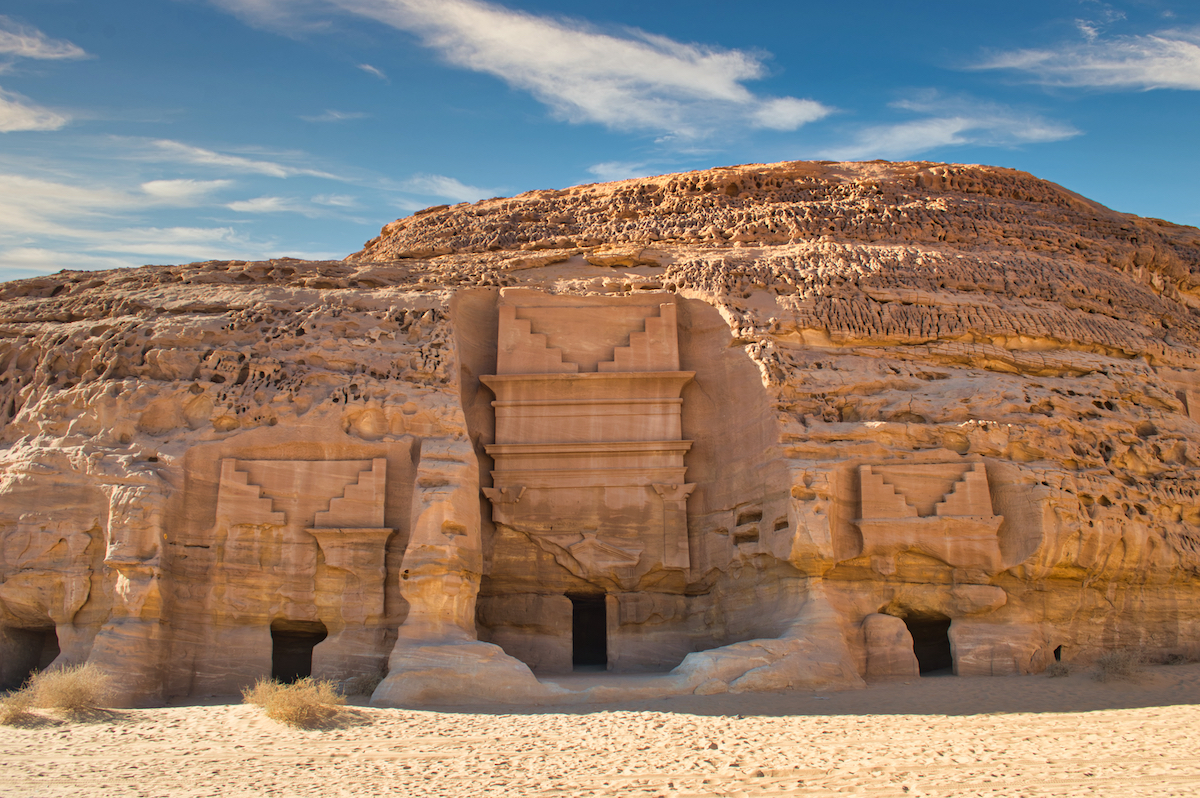 The new opportunity for tourists to see these works is in part due to Saudi Vision 2030, a plan for Saudi Arabia released in 2016 to help the country expand in tourism and trade. This will help the country shift from its current dependence on oil and help diversify its economic resources. The novel experience open to tourists who are interested in Hegra is one of the first steps to implementing these plans. Tour guides are carefully chosen and trained to introduce outsiders to the history and majesty of a truly unique ancient city.

The ancient city of Hegra has been sitting undisturbed for nearly 2,000 years, but now it's open to the public for the first time. 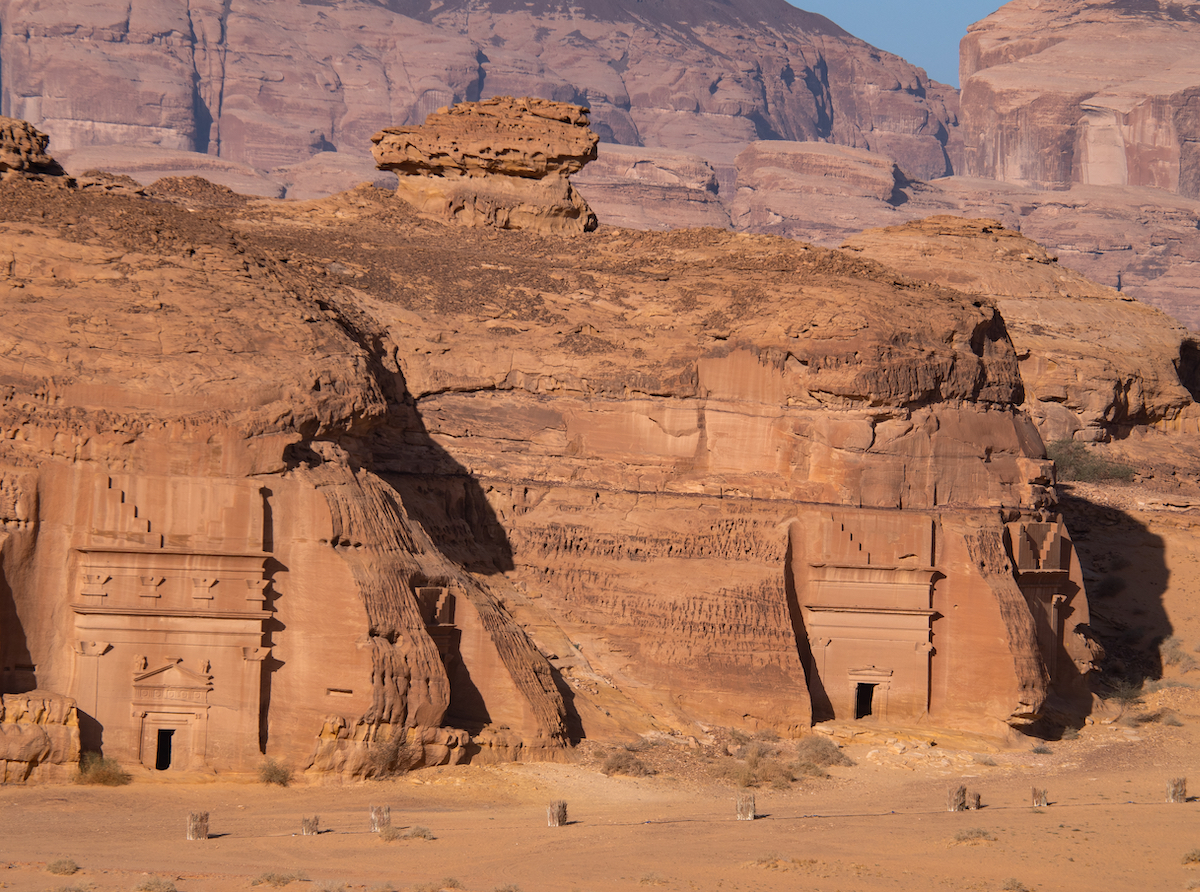 Nabataeans, an often-forgotten civilization, used Hegra as an important center for international trade. 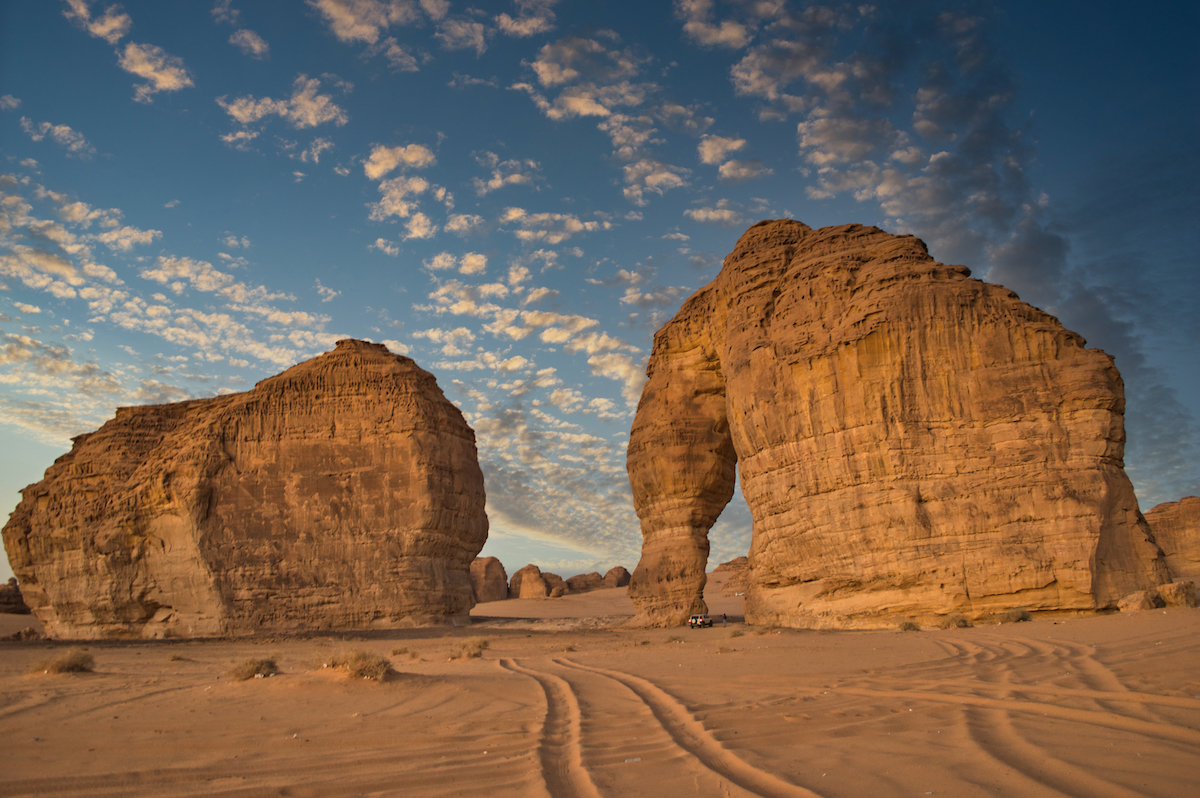 111 intricate tombs with clear influences from Greek, Roman, and Egyptian architecture and mythology are scattered across the desert city. 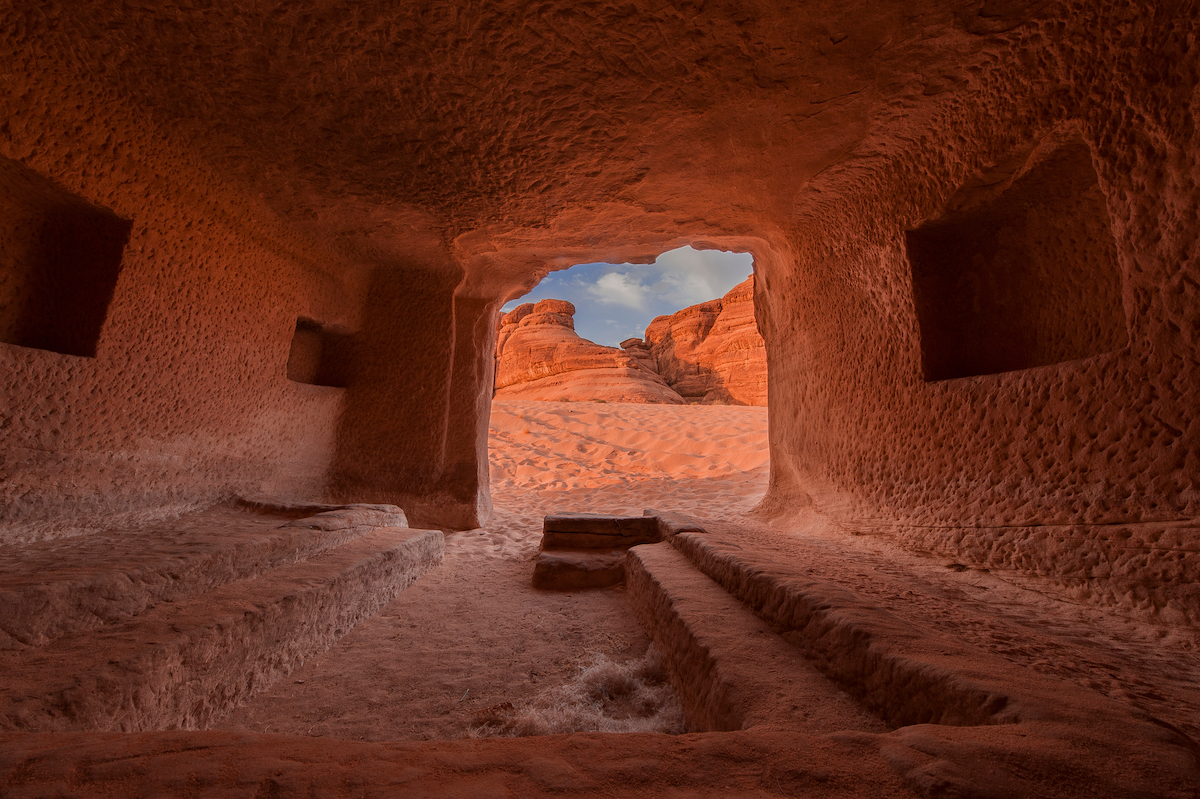 Is this ancient city on your travel list yet? Share
Like My Modern Met on Facebook
Get Our Weekly Newsletter
Become a
My Modern Met Member
As a member, you'll join us in our effort to support the arts.
Become a Member
Explore member benefits