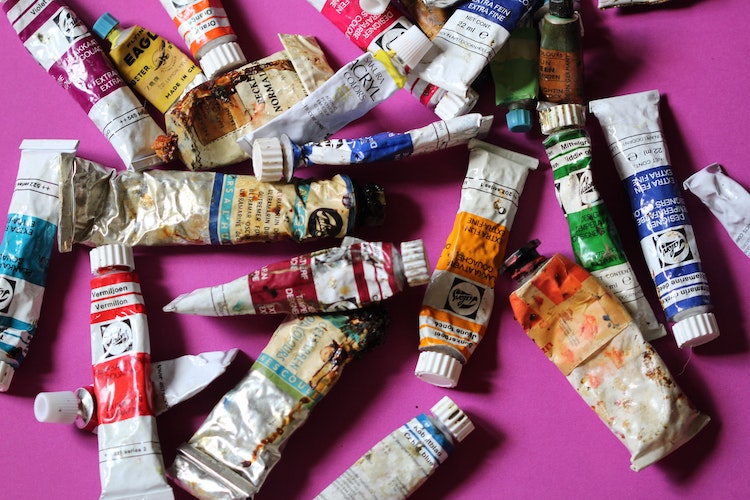 Whether you’re planning a painting or simply giving your walls a new lick of paint, we’re spoiled for choice when it comes to shopping for pigments. However, sourcing colors wasn’t always so easy for artists. Before art shops and DIY stores, paint wasn’t readily available in tubes and cans like it is today. 40,000 years ago, primitive artists invented the first pigments, using a combination of soil, animal fat, minerals, charcoal, and chalk. With these natural materials, they painted cave walls with a limited color palette of red, yellow, brown, black, and white. Since then, scientific and technological advancements have led to countless colors and types of paint for art. Read on to discover the colorful history of paints.

The First Advancements in Paint 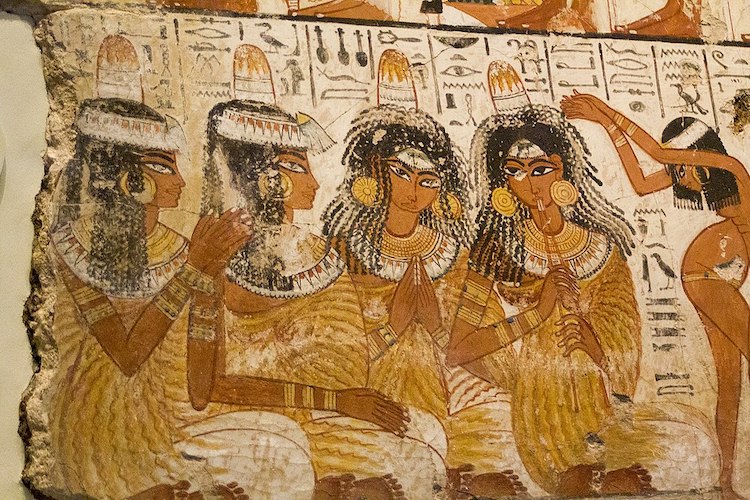 As societies advanced around the world, transportation of materials became increasingly common. This was apparent in Ancient Greece and Egypt, where people imported paints from all over Europe and Asia in order to paint their temples and tombs. Processes for making paint also began to change, allowing artists a wider color palette to choose from (albeit still limited). For example, sand, lime, and copper ore could be mixed together and heated to make a greenish blue pigment called Egyptian blue; a vibrant red was produced by mixing and roasting together hazardous mercury with sulfur; and white was made by sealing strips of lead in earthenware pots with vinegar and covering with manure.

Oil Paint and the Renaissance 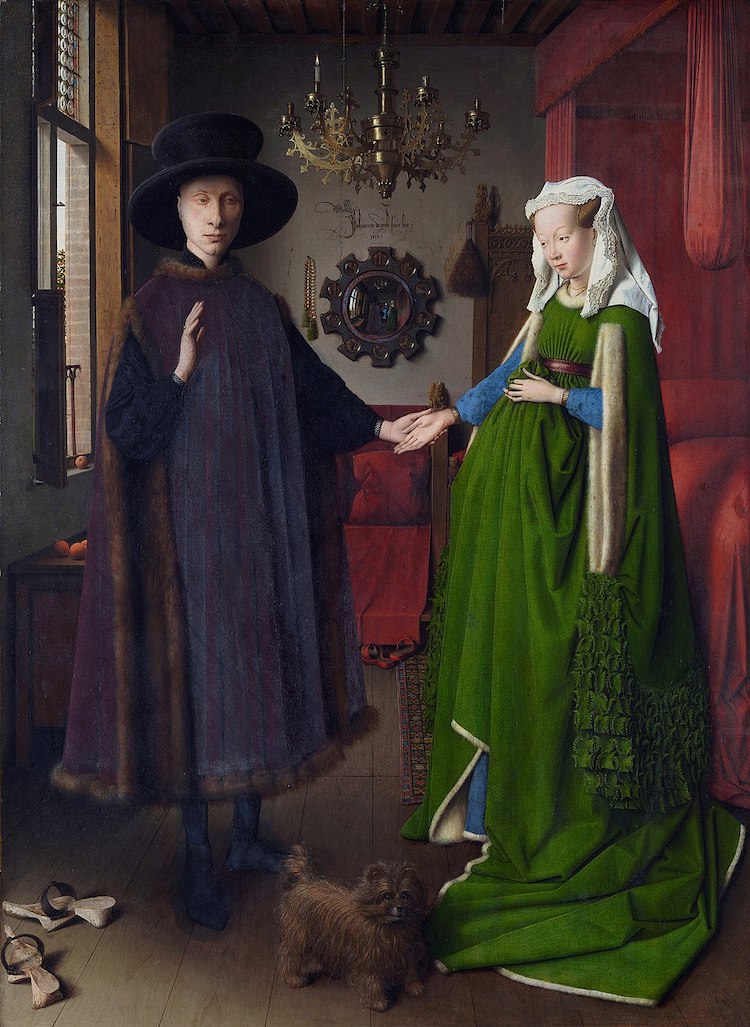 The earliest paints used animal fat and saliva as a binding agent, and later—during the Middle Ages—artists used eggs to combine their pigments. However, by the 15th century, artists began using oils and dramatically transformed the art of painting. It’s unknown who invented oil paint, but it’s often credited to Jan van Eyck, who perfected the technique of painting with them. Since oil paint could be mixed more easily and applied smoothly, Renaissance artists like Van Eyck and Leonardo da Vinci built their paintings up in layers. This allowed them to create more detailed and realistic works that later influenced the works of other artists.

Oils dominated the art industry in Europe during the Renaissance era, and continued international trade meant that artists could access more and more colors. A rich red dye called cochineal is one example of a color that was circulating during the time. Brought to Europe by the Mexican Aztecs, it was extracted from female cochineal insects living on cacti and was used to create a beautiful crimson color. 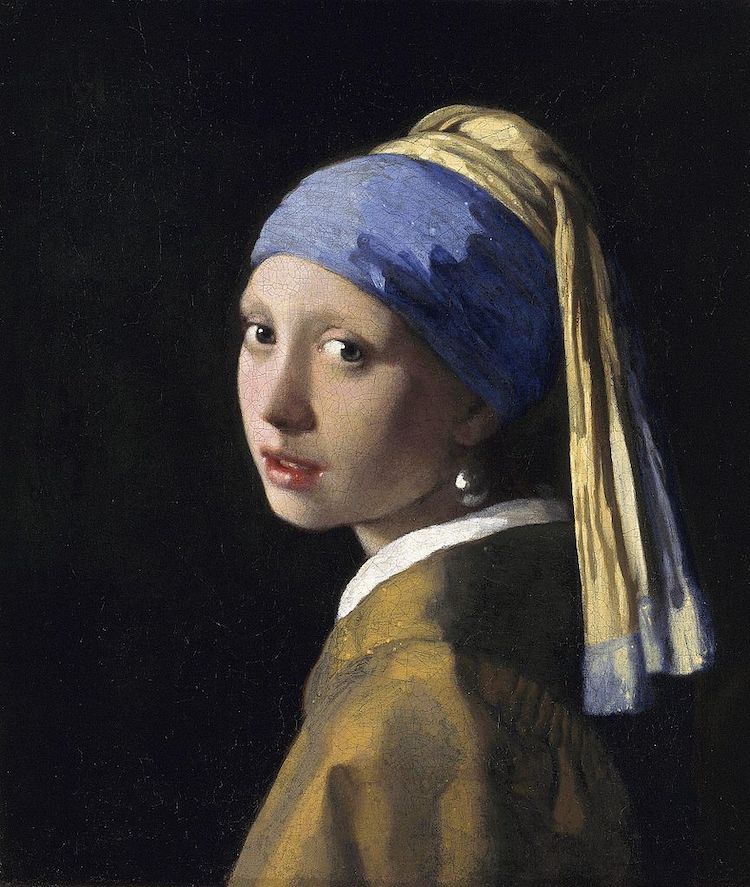 “Girl with a Pearl Earring” by Johannes Vermeer, circa 1665. (Photo: WikimediaCommons, Public domain)

As people began experimenting to create new, richer paint colors, they began using more opulent minerals. Around 6,000 years ago, a vibrant blue pigment called ultramarine (meaning “beyond the sea” in Latin) was created from the semi-precious gemstone, lapis lazuli. The blue stone was originally imported by the Egyptians from the mountains of Afghanistan in order to make jewelry and headdresses. However, once it was imported to Europe by Italian traders during the 14th and 15h centuries, artists extracted brilliant blue powder from the semi-precious stone. The pigment was highly sought after among Medieval artists, and was considered to be just as precious as gold.

Baroque master Johannes Vermeer famously used ultramarine to paint Girl with a Pearl Earring, and he loved the color so much that he pushed his family into debt. And art historians believe that Michelangelo left his painting The Entombment (1500–01) unfinished because he could not afford to buy more ultramarine blue. 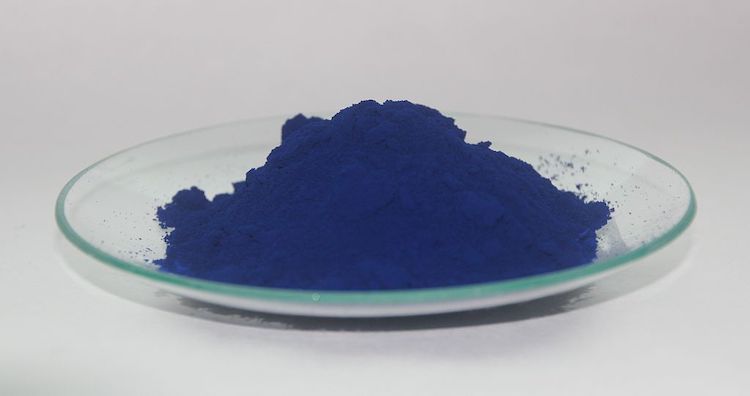 As an understanding of chemistry advanced, scientists began trying to create synthetic colors in a lab. In the early 1700s, a darker Prussian blue was discovered by accident when a chemist was trying to make red. And in 1826, a synthetic version of ultramarine (called French ultramarine) was invented by French chemist Jean-Baptiste Guimet, who made it by heating kaolinite, sodium carbonate, and sulfur in a kiln. Over the next 100 years, many more artificial colors were created, allowing artists new possibilities and cheaper pigments. By the end of the 19th century, almost any color could be purchased for a relatively low price.

By the mid-1800s, industrially manufactured paints were being produced for spraying cars or decorating households and businesses. Despite their intended use, these paints were also used by modern artists who were attracted by their fast drying rate compared to traditional oils. A new synthetic resin-based paint known as “gloss enamel” was used by expressionist painter Jackson Pollock. Since the paint poured smoothly, it was perfect for his drip technique, and he used it until his death in 1956. Pablo Picasso also used industrial paints alongside oils, as they allowed him to create unique colors and different textures. 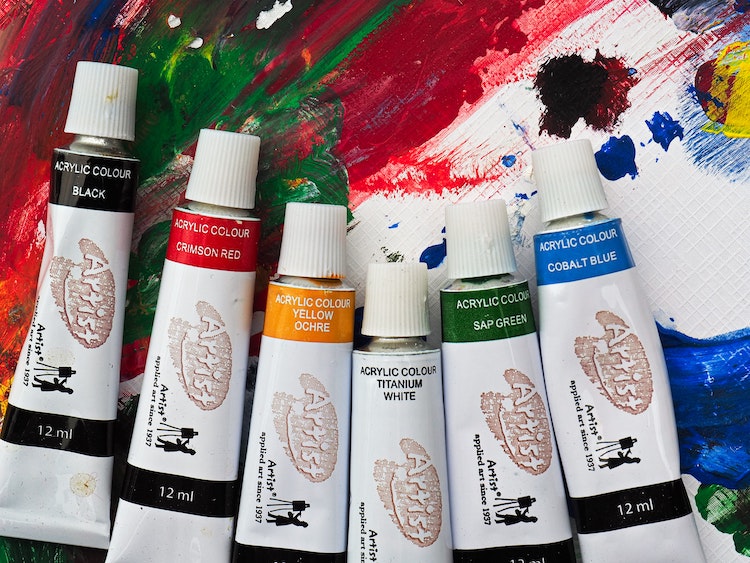 Acrylic paint was invented in the 1940s, and many artists preferred it over oil paint due to its affordability. The water-based pigment wasn’t only cheap, but it dried quickly and held bright colors, making it a popular choice among modern artists. Pop artist Roy Lichtenstein combined acrylics with oil paint to achieve his vibrant, stylized works, and abstract expressionist Helen Frankenthaler used diluted acrylics in her experimental soak-stain technique.

Even today, the variety of colors and finishes continue to grow with developments in science and technology. For example, the first new blue pigment in 200 years (called YInMn Blue) was recently made available for sale. Made from the elements, yttrium, indium, and manganese, it was discovered by researchers at Oregon State University, who were “exploring the electronic properties of manganese oxide.” And in 2019, engineers at MIT developed a new black hue that’s 10 times blacker than anything previously created, including Vantablack.