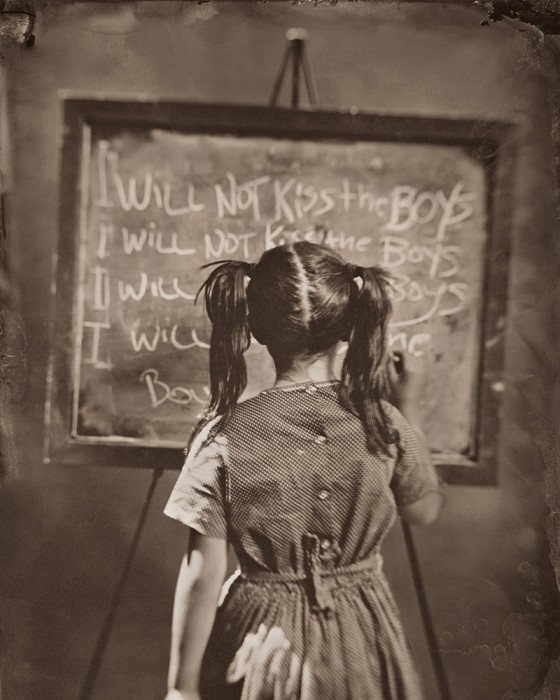 In her series Vices or I Will Not…, Los Angeles-based photographer Jamie Johnson brings an updated twist to the old-school punishment of writing bad deeds on chalkboards. In each photograph, children stand with their backs to the cameras as they write out their vices on an old chalkboard. While this scene may have been common enough in the school days of years past, it's not something you see often now in the era of iPhones and computers.

The confessions that the children write are often more adult in nature, including vices like smoking, drinking before 5pm, dating actresses, and playing with guns. These mature crimes contrast sharply with the youth of the children and the old-fashioned feel of the photos, creating an interesting juxtaposition. Johnson says that this series “illustrated the magical innocence of youth alongside the darker recesses of human nature. A vintage perspective on childhood, punishments with a little humor.”

The photographs are captured using large format, antique, wooden cameras and an analog technique called the wet plate collodion process. The rich sepia tones that this produces carry an unmistakable air of cultural nostalgia, compelling the viewer to remember vintage days of childhood and the past. 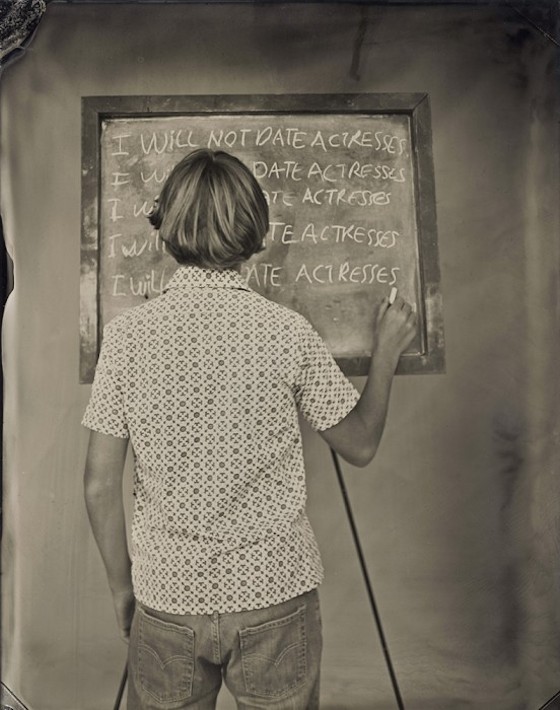 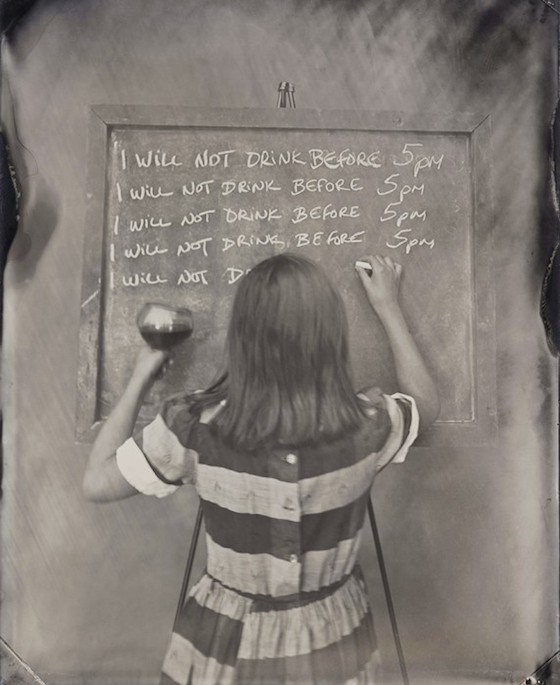 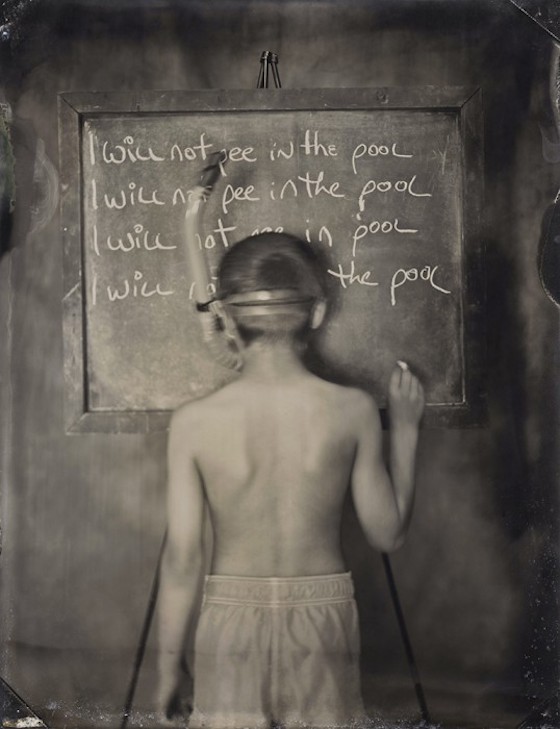 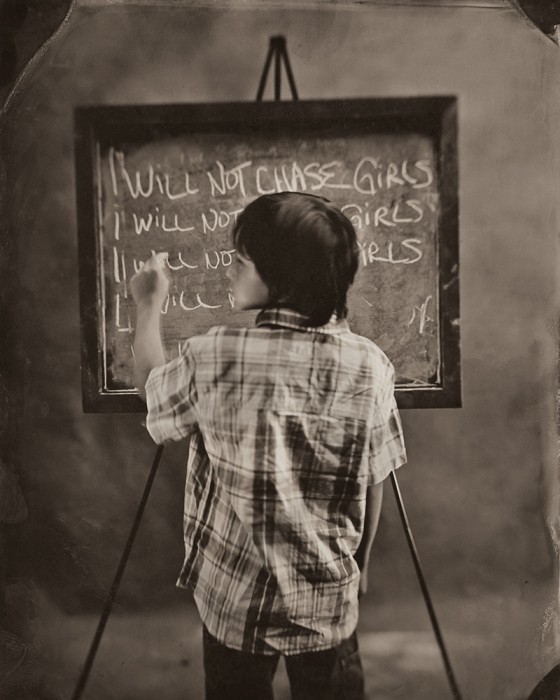 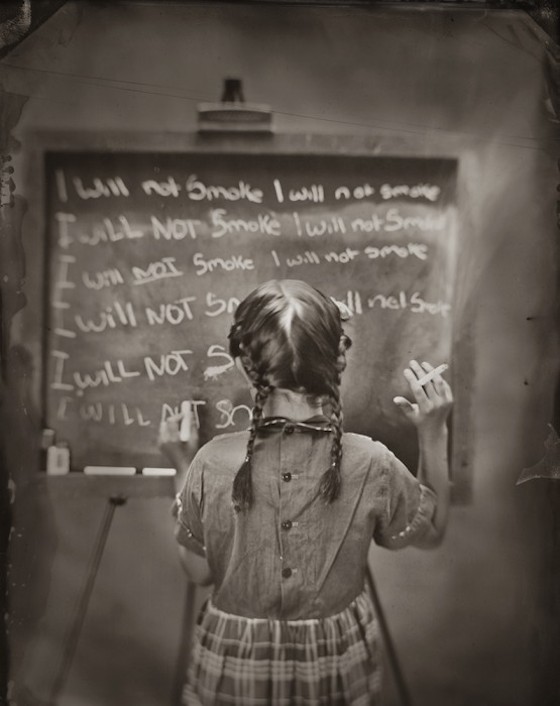 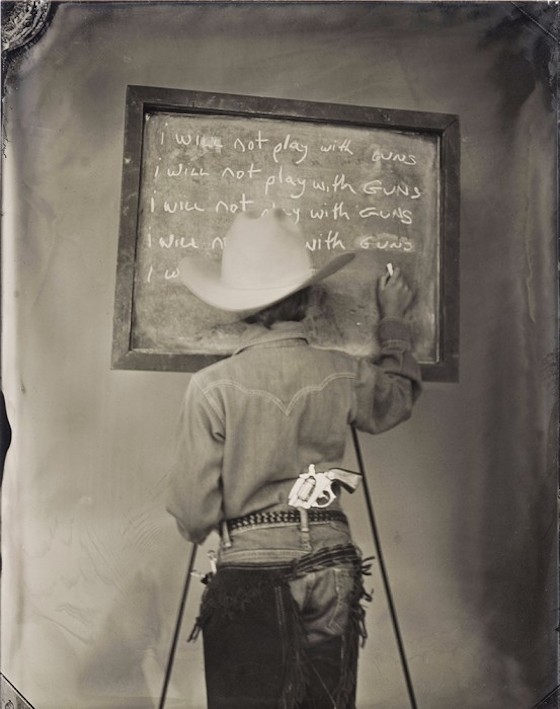 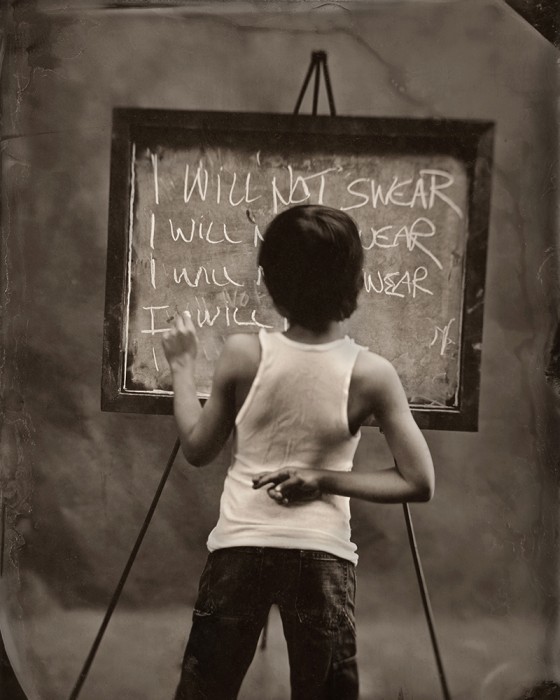 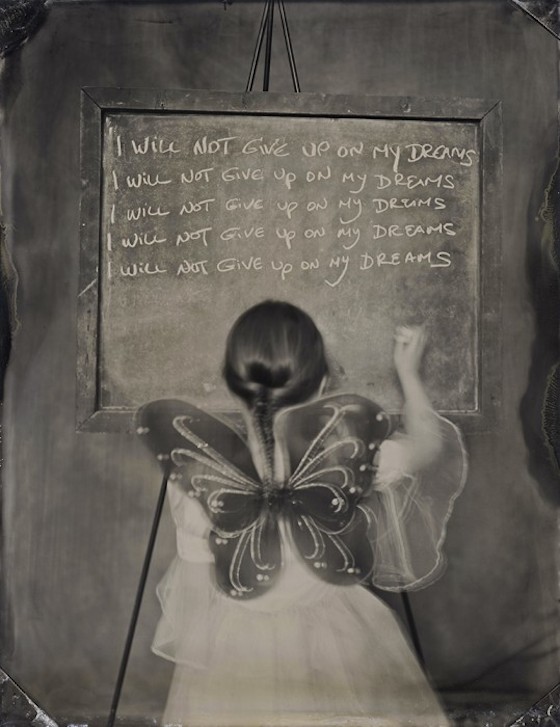