Whimsical Narratives Blur Elements of the Past with the Present 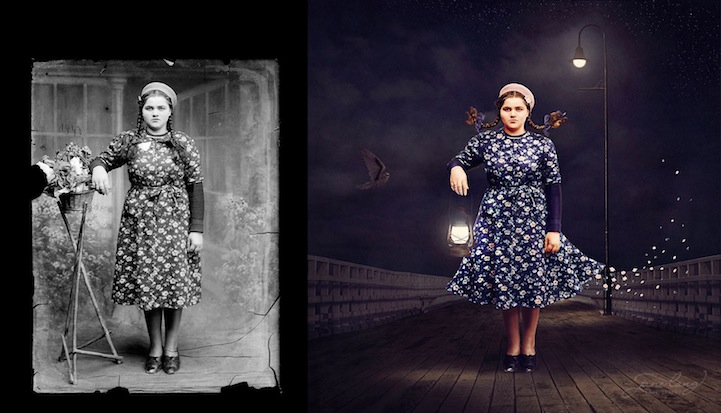 She produced surreal stories by colorizing each print and then digitally blending together all of the unique elements into one striking composition. Each imaginative scene is a blend of the past and the present into a strong and whimsical narrative. The stiff, serious subjects look a bit out of place in the colorfully dynamic worlds created by Long.

The project was initially intended as a way to brush up on her retouching skills, but when she came across the Costica Acsinte Archive on Flickr, Long was hooked. “I became fascinated with the images and their subjects. I wanted to bring them to life. But more than that I wanted to give them a story,” explains Long. “I will probably never know the real stories of these people but in my mind they became characters in tales of my own invention…star crossed lovers, a girl waiting for her lover to come home, boys sharing a fantasy, innocent children with a little hint of something dark.” 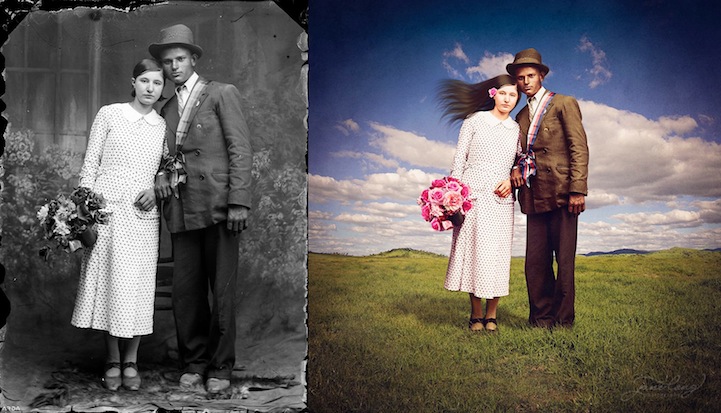 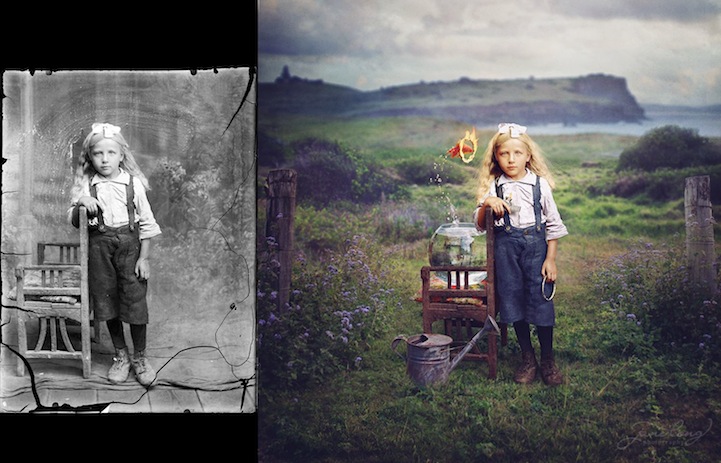 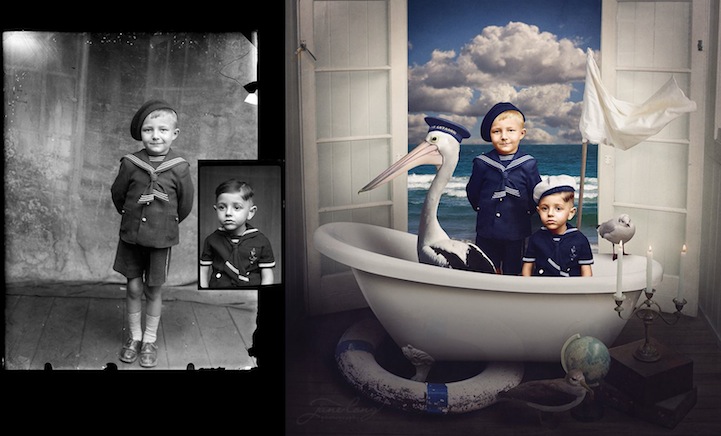 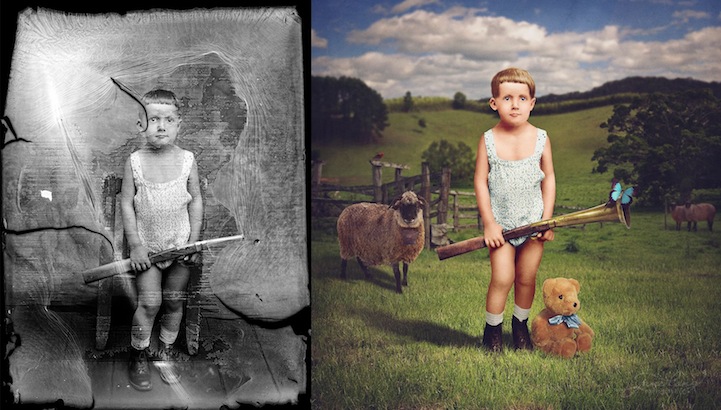 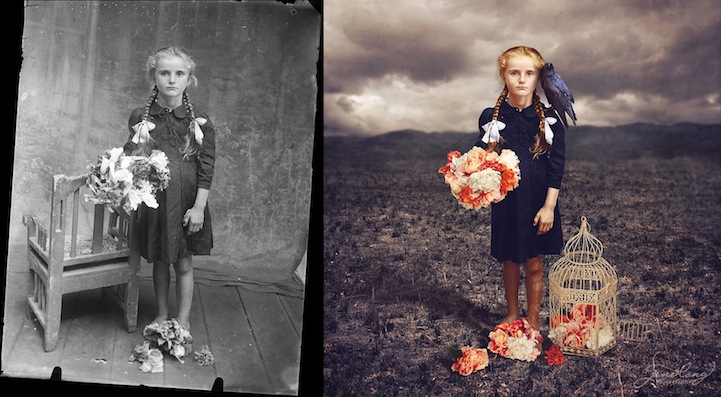 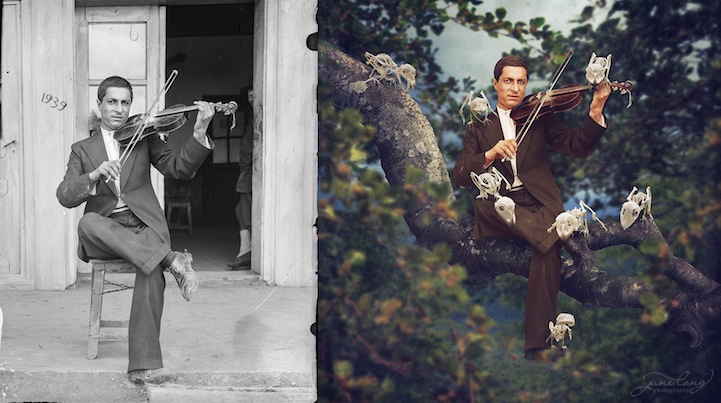