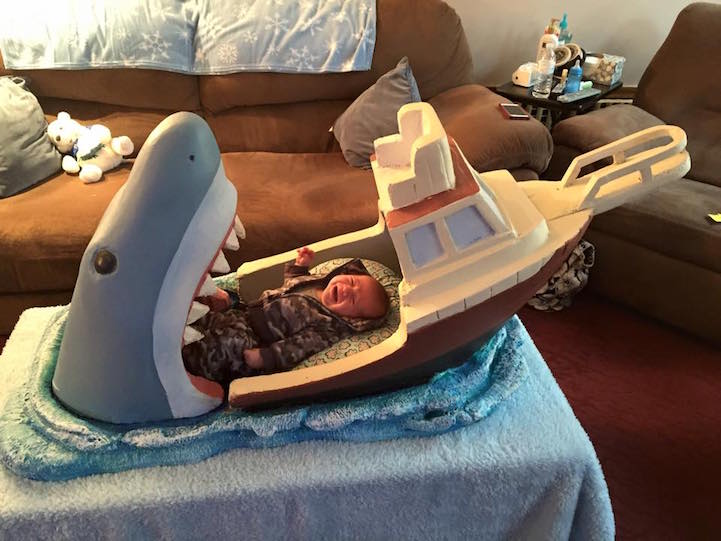 Joseph Reginella, a Staten Island-based sculptor and toy designer, created this fantastically terrifying version of a baby bed. He was inspired by the 1975 horror film Jaws, and he features a menacing shark attacking a small boat. In this case, the vessel holds the son of Reginella's close friend, Mark. The fabricator carved the sculpture out of styrofoam, coated it in plastic, and painted it the appropriate colors. He finished it in about a week.

Reginella had the idea while at work on another project. “At a shop Themendous, we made an airplane bed for some little kid in California, and I thought it would be funny if someone would order a terrifying bed instead of something mainstream,” he told CNET. When Reginella found out that his childhood friend was having a boy, he knew that he had to make it for him. The baby reportedly loves it.

There's been a lot of buzz about the Jaws-themed bed. If you wish you had one, then you're in luck. Reginella's toy line, Toxic Teddies, is now offering custom hand-made duplications for sale. 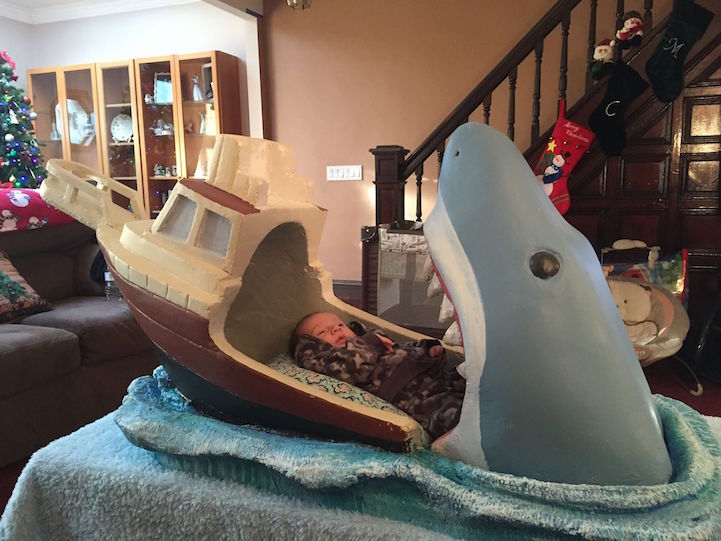 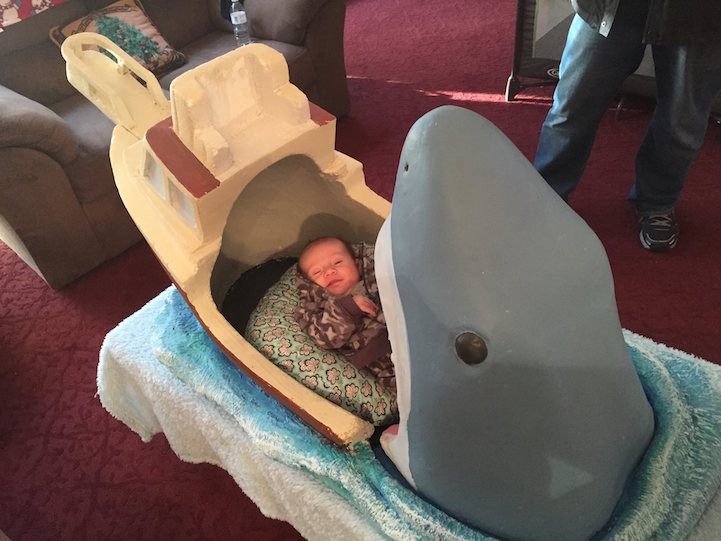 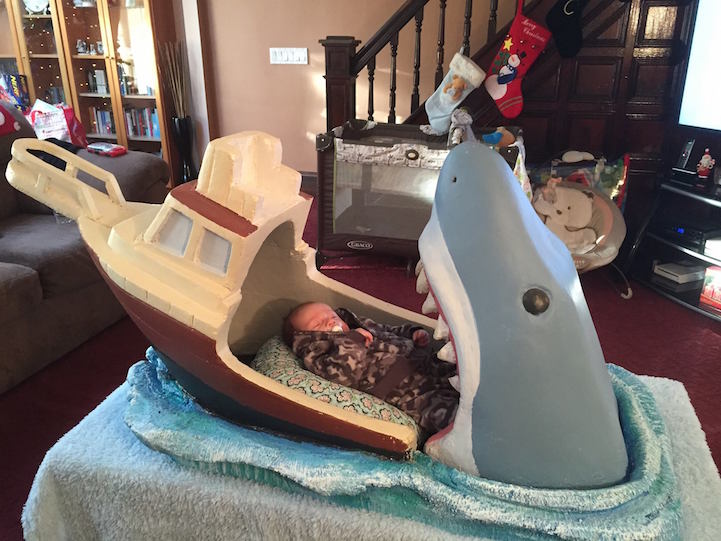 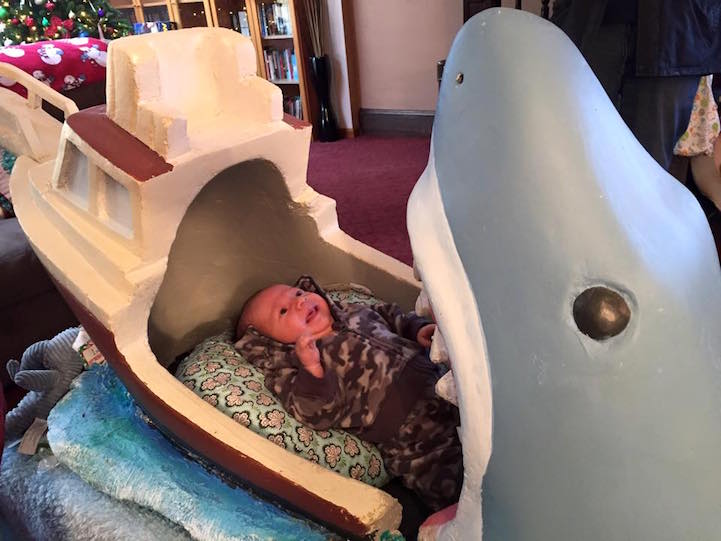 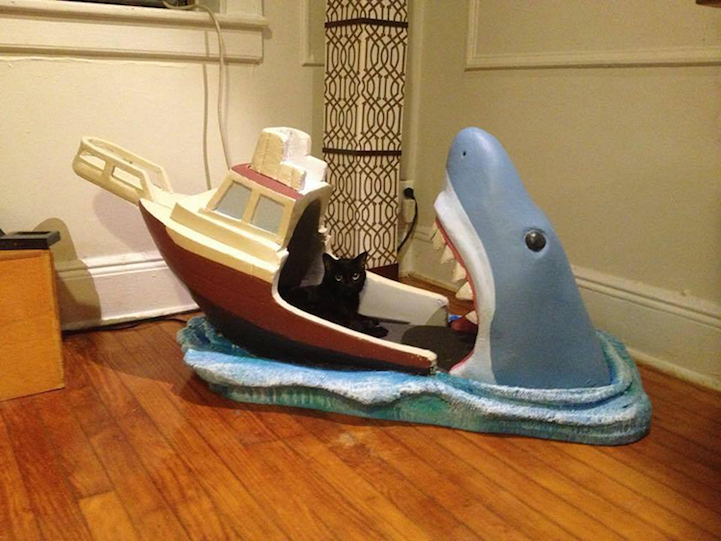 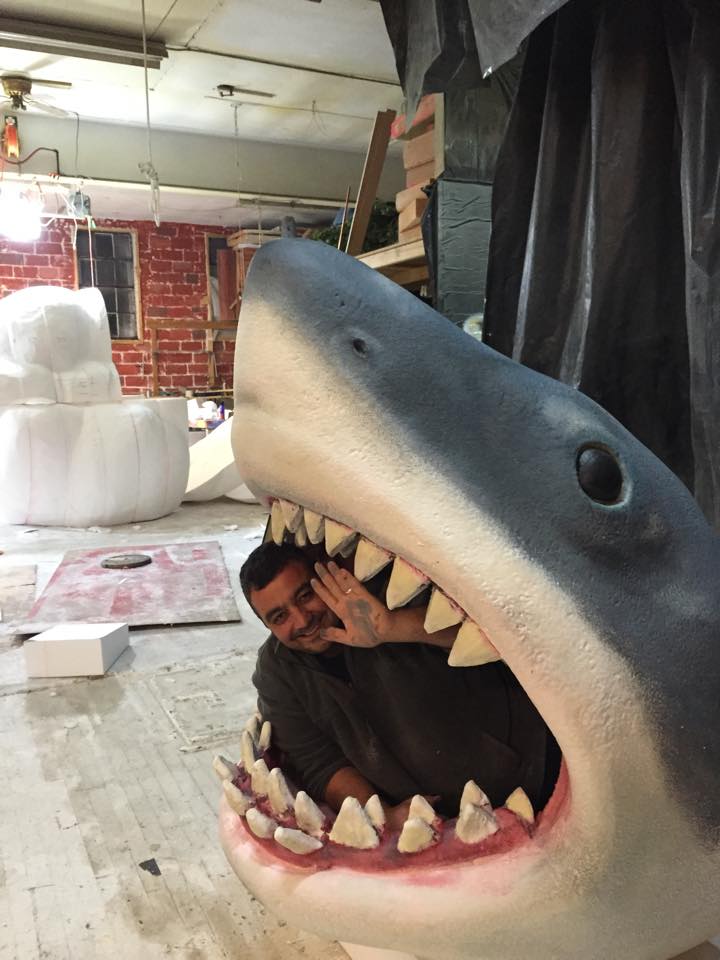