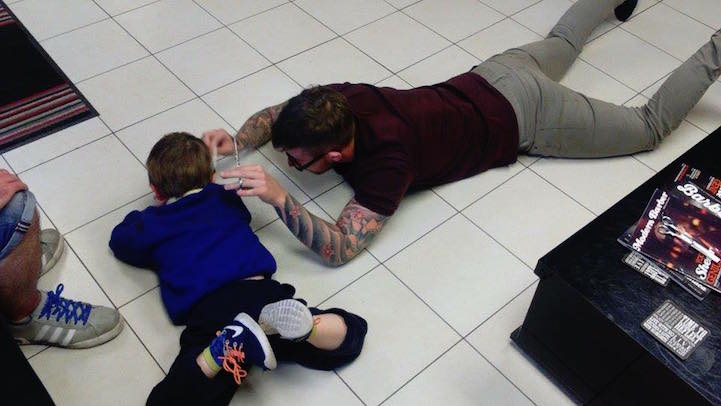 When Jamie Lewis and Denine Davies' son Mason was diagnosed with autism, they learned that ordinary activities like getting a haircut can be difficult for those coping with this disorder. Since young Mason deals with sensory overload, it's not easy for him to sit down and feel comfortable when someone has scissors so close to his head. That's why barber James Williams of Jim the Trim was unsuccessful after he tried, several times, to give Mason a haircut. “Over last few month[s], I have been attempting to find different ways to cut [Mason's] hair, [but] he wouldn't allow me to go near one of his ears,” Williams wrote on Facebook. “He would run away [at] times if he wasn't up to it.”

Williams then decided to try a different tactic. Rather than making him sit in a chair and do something he wasn't comfortable doing, the barber laid down on the floor with him. “We both layed [sic] on the floor in silence & he allowed me to cut away & give him his first proper haircut, again achieving something in a job,” says Williams. “I love making both parents happy by giving extra attention to Mason, by building a friendship [and] trust.” After the haircut was over, the hairdresser asked Mason for a high five, but the young boy didn't feel that was enough. He instead gave Williams a hug.

Once this extraordinary story spread across the internet, the barber took to Facebook once again, exclaiming, “Mason is a superstar. I'm so touched to have made an impact globally for all [families]. To have raised awareness for ASD.. honestly, I'm truly touched.” 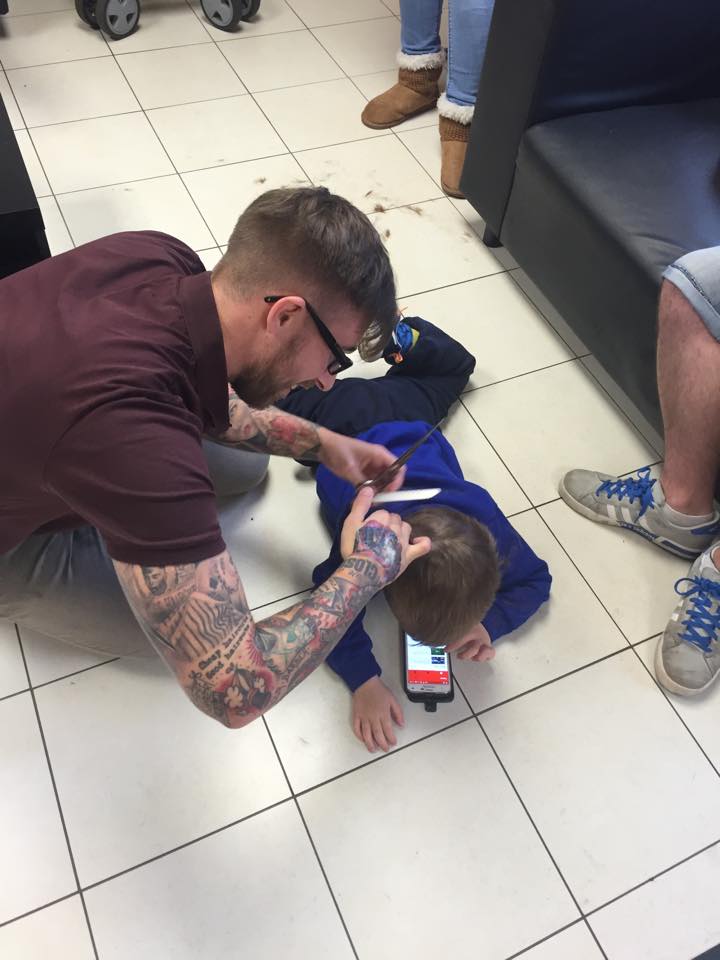 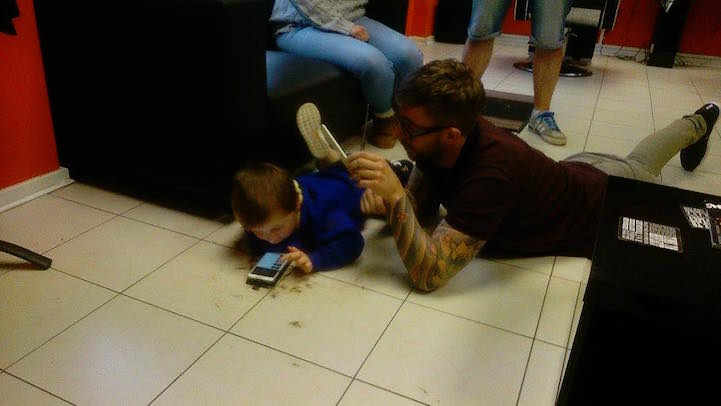