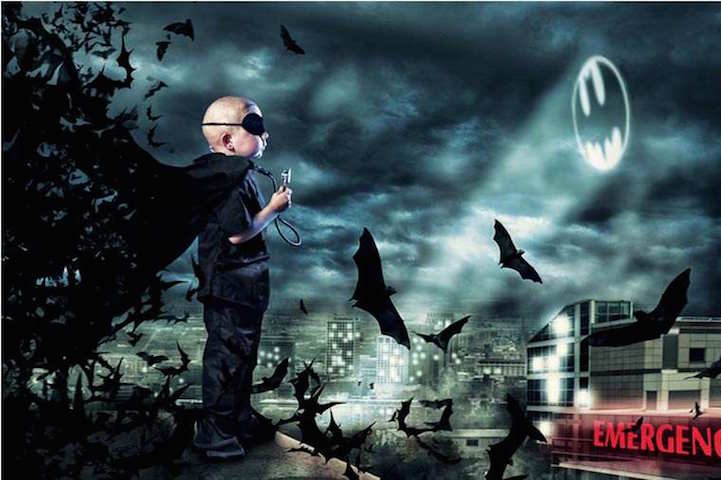 Photographer Jonathan Diaz believes in the power of imagination and devotes time to realizing the childlike wonderment of kids who are coping with cancer. For his Anything Can Be project, the artist allows these inspiring children to live our their wildest dreams in a series of creative photos. “I started really getting into this creative, collage-type of photography about three years ago, asking my kids to imagine living their dreams, and sort of recreating that imagination through my lens,” he told TODAY Parents. “After a while, I thought, ‘Why not give this project to kids with cancer, and create a special way for them to live their own dreams?'”

This heartwarming venture eventually led to the publication of Diaz's True Heroes book. While each photo is special in its own right, some beautifully honor those who lost the battle with their disease. “Jordan, who's featured in the ‘Jordan in Wonderland' shot, passed away a few weeks after we took the photos,” the photographer explained. “She really wanted to be part of the project when she was sent home to be on hospice. Her mom called us, and we rushed an Alice in Wonderland dress, and we went to her home. She was really sick and in a lot of pain, and it took three people to have her stand up. I kept telling her just to sit down. You know, you don't have to stand! But she was absolutely determined. That's resilience.”

To create each of these impactful images, it takes Diaz about 15-20 hours. He starts off with a fun photoshoot that allows the kids to get their creative juices flowing. Next, he combines different elements in Photoshop and focuses on getting each and every detail right. Lastly, he presents the child with a photograph that allows them to feel a sense of hope and positivity.

“I think the one thing I am inclined to accomplish with this book and project is to raise as much awareness as possible,” Diaz says. “I really see it as an opportunity to give children hope. Hospitals and other medical centers can give it to sick kids, for example, and give them a sense of renewed optimism. That's my real goal.”

Above: Ethan tragically passed away from Leukemia soon after this photo was taken. “He wanted to be both Batman and a doctor,” said Diaz. “His mom said he had just felt such a connection with his own doctors. He knew that they were trying to save his life. He had so much empathy for them, and he wanted to save other people's lives, too.” 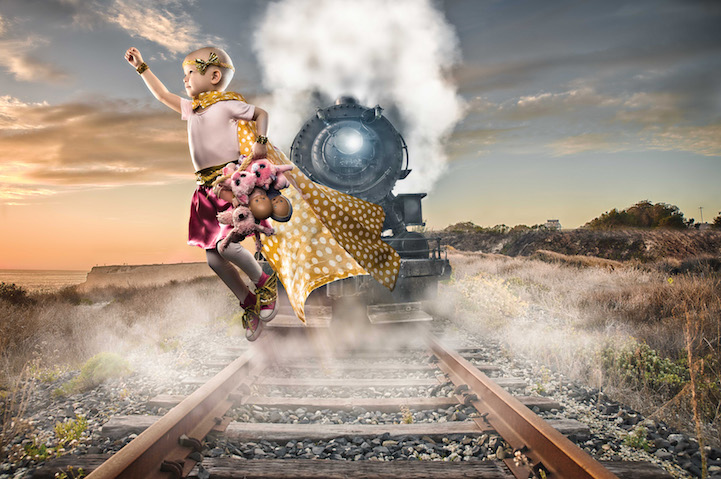 Braelyn has Acute Lymphoblastic Leukemia, which is the most common form of childhood cancer. Here, she's saving her friends/stuffed animals as a brave superhero. 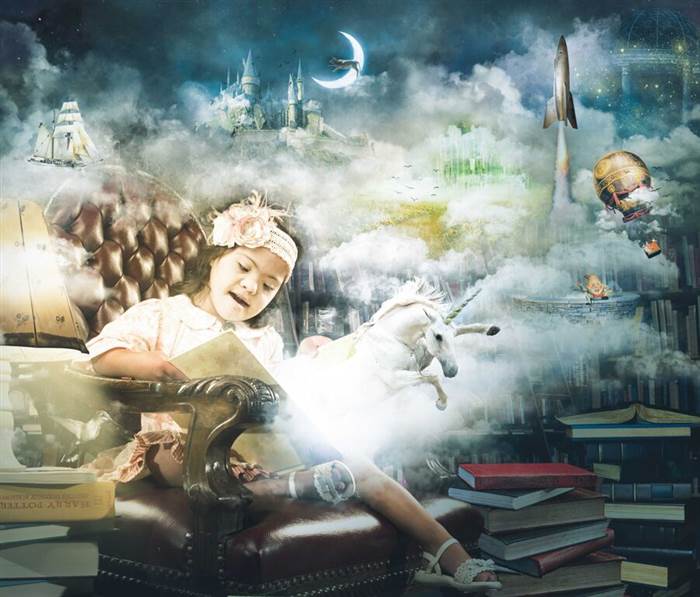 Sophie is coping with cancer, a heart condition, and Down syndrome. “She just loves to read books,” explained Diaz. “So I thought, well, let's just make her imagination come alive while she's reading the book. She had a great time posing and smiling.” 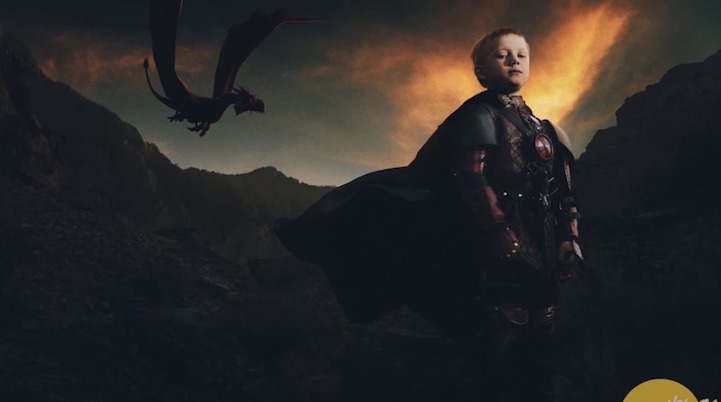 William is currently dealing with Leukemia for the second time. “William and I had a great adventure searching for dragon hideouts. It was the first time I was able to see William just being a boy, full of life and adventure!” 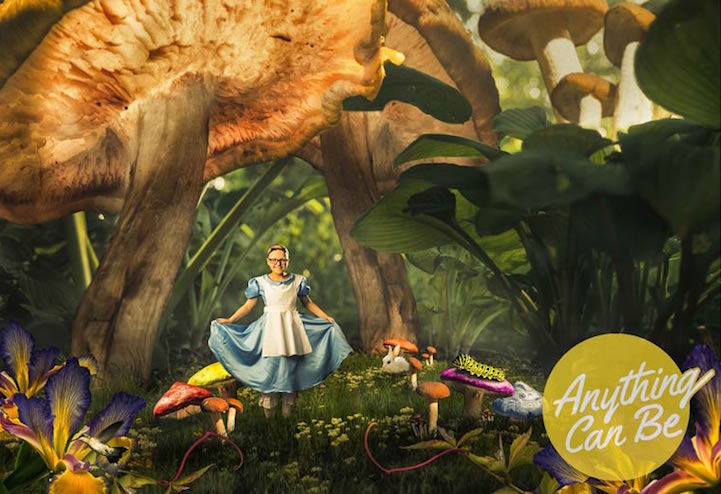 This photo was taken two weeks before Jordan lost her fight with an aggressive form of bone cancer. “Together,” Diaz said, “she and I imagined a better place… a wonderland, where pain and hurt was not a worry, where she was perfect and healthy.” 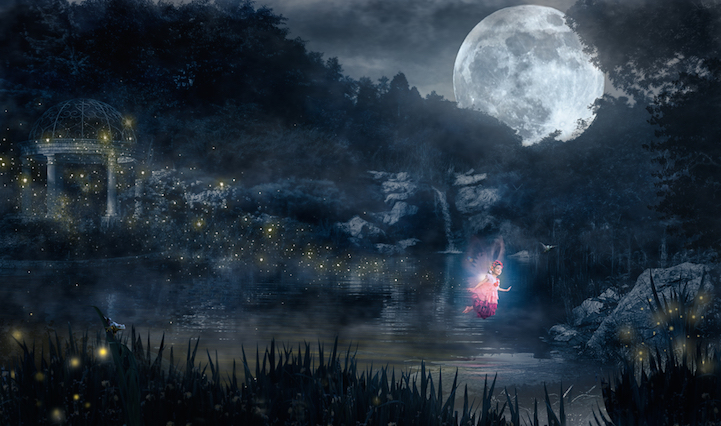 On the day of Cami's photoshoot, her family found out that her bone marrow transplant was successful and that she was Leukemia-free. “Out of thousands of people, there was one guy who happened to be on the donor registry and he matched her,” the photographer explained. “They were able to do this bone marrow transplant that saved her life. She is now cancer-free and doing very well.” 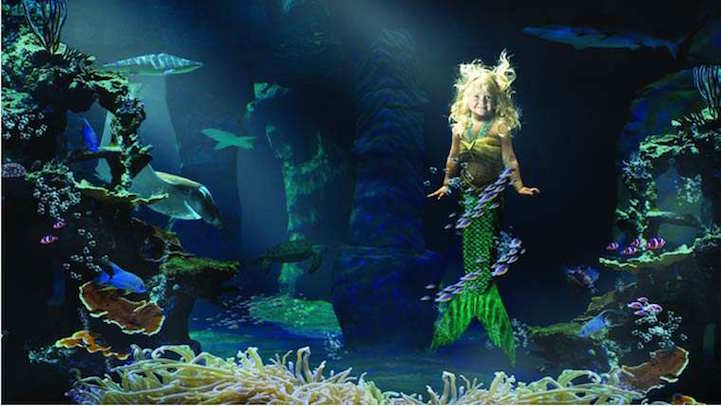 Caimbre fought and won her battle with cancer. “We just loved that, and we also loved the idea that she wanted to be a mermaid. She was pretty funny,” said Diaz. “When we went down there to take her pictures, she became a little model, posing and laying on the ground.” 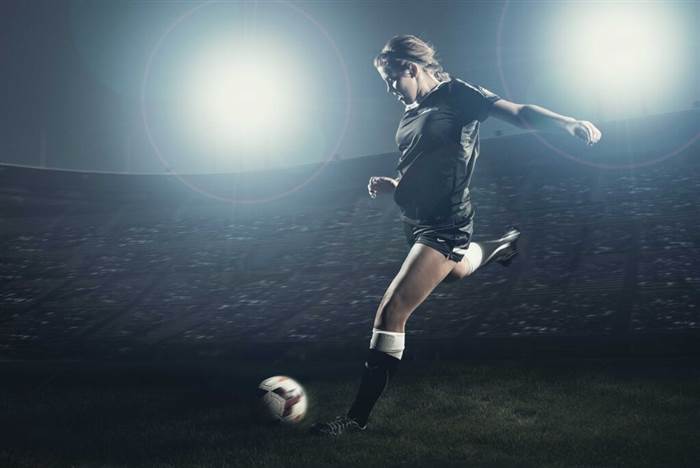 “Marley's actually older,” Diaz says. “She got cancer when she was younger, and then it went into remission. Her dream was to play soccer in college, and last year, she got a scholarship to do just that. I wanted to include her to show the other kids that some of these people's dreams really do come true.” 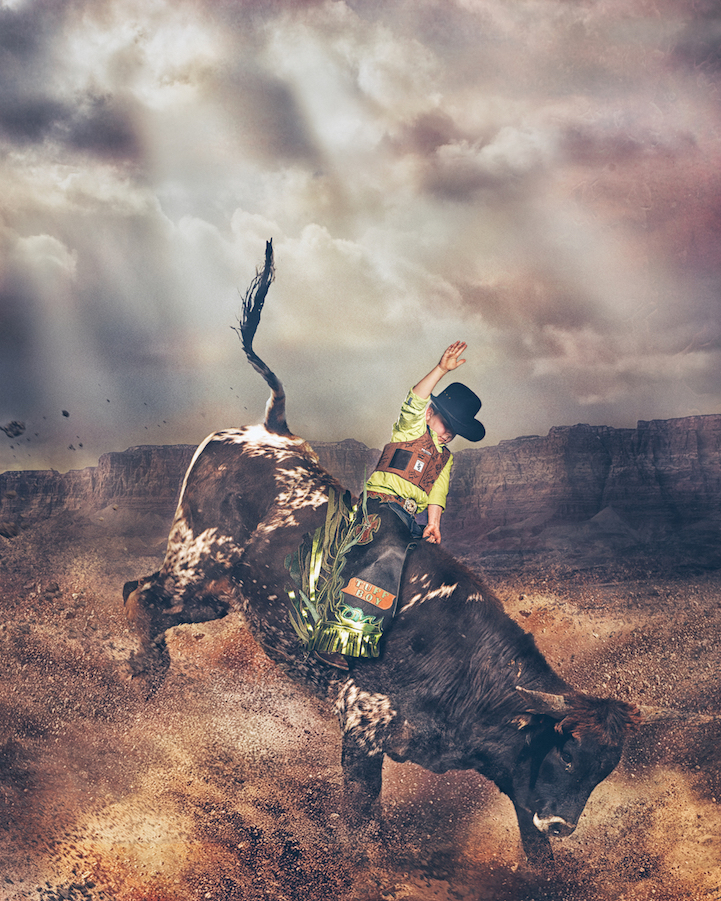 Carson (whose nickname is “Tuff Boy”) has been battling Leukemia since 2012. “Carson was pretty shy at first and kind of scared to ride on top of the fake bull. But he was brave and was able to give us a great pose,” the artist revealed. “He had the chance to ride a horse for the first time that day too, it was really special to see him experience that for the first time.” 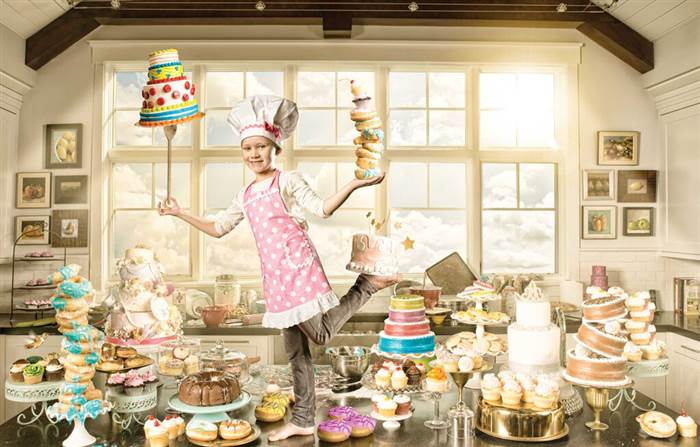 Ellie was diagnosed with a rare form of cancer, but is currently in remission and is back at school. “I wanted that image to be very whimsical,” said Diaz. “I didn't just want her to become a baker; I wanted her to be able to do amazing things far beyond her wildest dreams. She not only created all these amazing baked goods, but she also was able to magically balance them and look like something out of a Dr. Seuss book.” 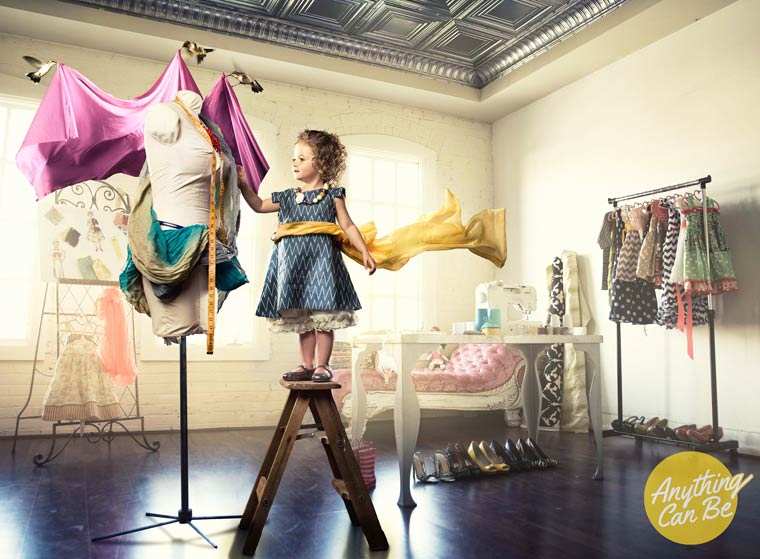 2-year-old Annika has Stage 4 Neuroblastoma. They created an entire fashion studio to celebrate her love of fashion and shoes.