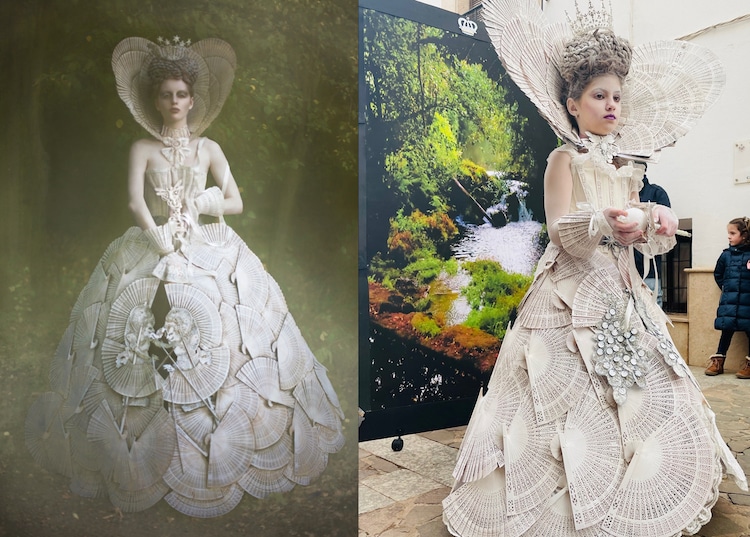 It’s said that imitation is the sincerest form of flattery, and Kirsty Mitchell is certainly feeling that right now. The fine art photographer creates meticulously crafted costumes that have their own part in her fantastical narrative images. Her most spectacular photos come from her Wonderland series, which has introduced a cast of characters throughout the many years that Mitchell has worked on the project. Wonderland has resonated with viewers around the world, and in one case even inspired a young creative. One girl from Spain transformed herself into Mitchell’s White Queen.

Not only was Mitchell delighted by the faithful rendition of her character, but the girl’s recreation also came at just the right moment for the gifted artist. “When I was feeling incredibly sad and helpless whilst watching the news on Ukraine,” she tells My Modern Met, “I received these absolutely amazing pictures from Mabel Mestre Valverde, an English teacher and mother of three who lives in Spain. I honestly couldn't believe my eyes! She had spent months carefully copying my costume from The White Queen pictures (from my Wonderland series) for her daughter to wear in a children's parade in Villanueva de los Infantes, Spain.”

The mother and her daughter made every part of the costume, right down to the shoes. The results are incredible, especially when you compare the details. The fans on the dress and headdress, for instance, look practically identical. “Her brother played the role of her photographer to complete the scene (costume also made by mum),” Mitchell shares, “and the mother even made the giant photo frame of a water scene which they carried around for the little girl to pose in front of (to look like my picture The Queen's Armada).”

The entire project was made even more special and poignant when Mitchell learned that Mabel is an English teacher. Mitchell’s own mother was an English teacher, and it was the loss of her that inspired the photographer to create the Wonderland series in the first place.

“Sometimes it absolutely blows my mind how far around the world Wonderland has reached, but also all the different levels of love it seems to receive. I can't stop smiling when I look at them, so I am going to send the family a signed Wonderland book with all their names written inside as a thank you. Needless to say, 8-year-old Isabelle and her brother Gonzalo won first prize (90 Euros)!”

Fine art photographer Kirsty Mitchell was overjoyed to see that a mother and her daughter recreated the costume from her photo The White Queen. 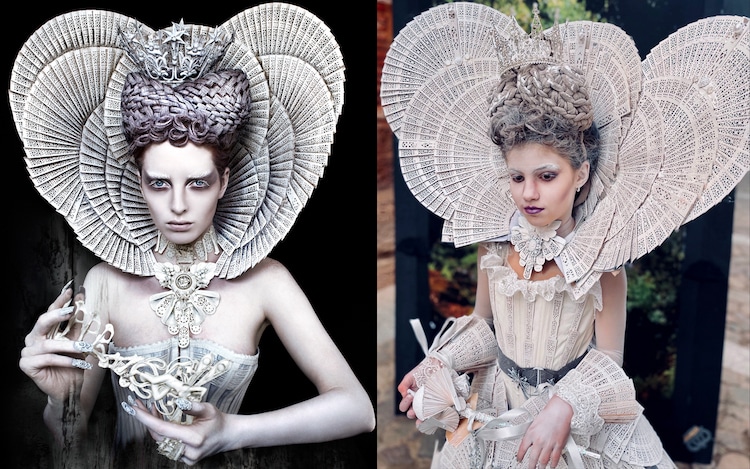 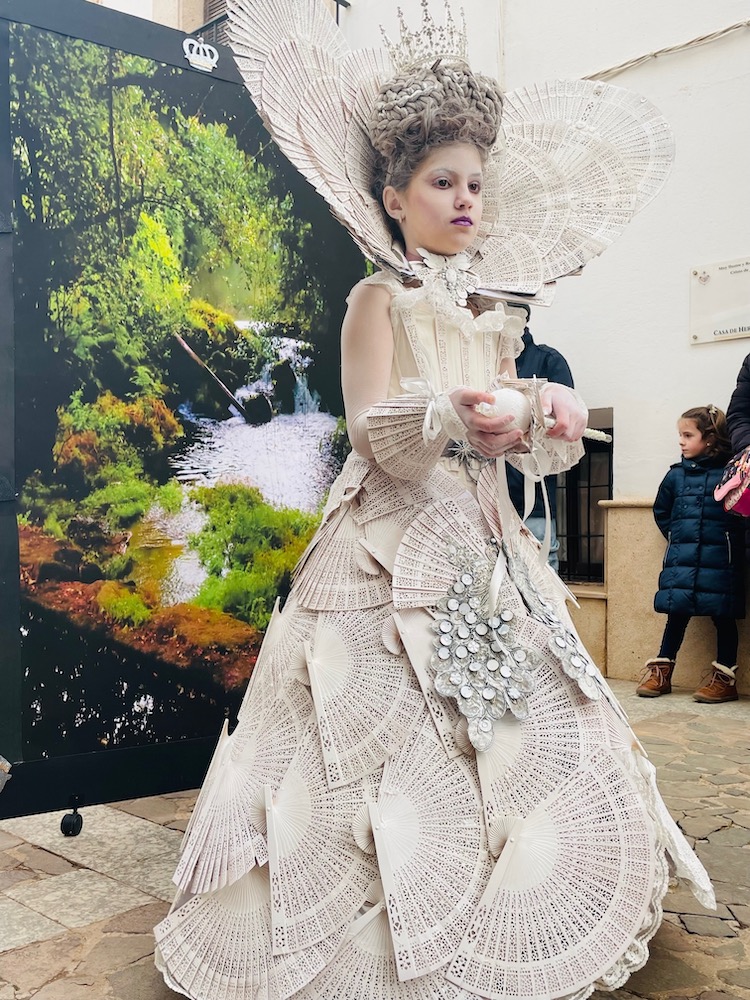 Her daughter wore it in a children's parade in Villanueva de los Infantes, Spain. 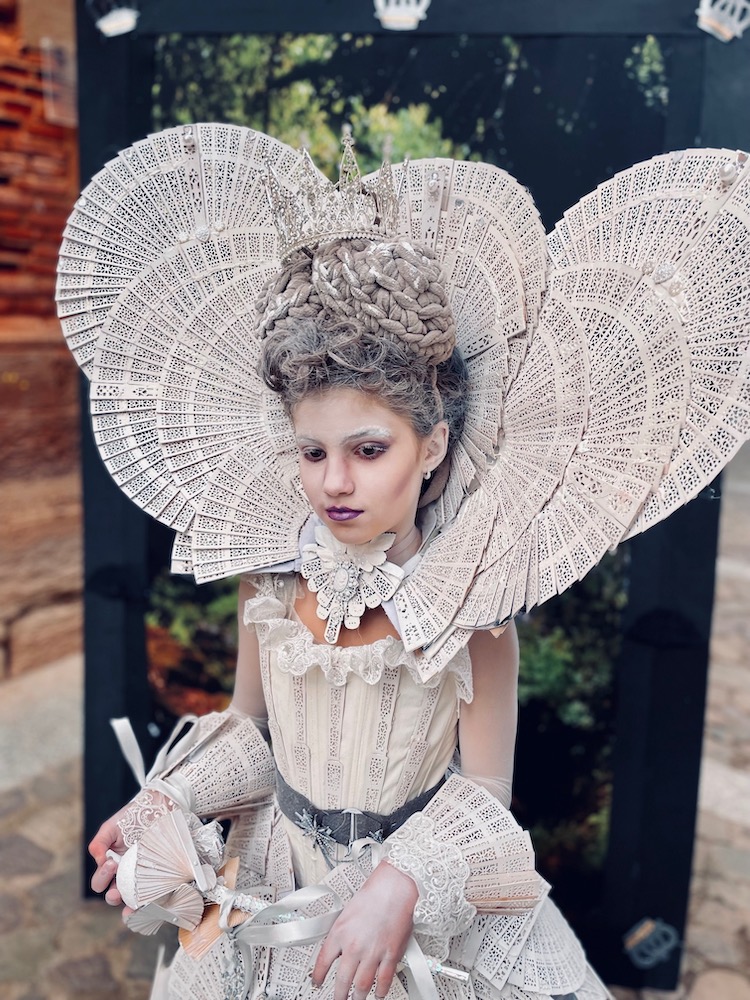 The brother played the role of photographer. 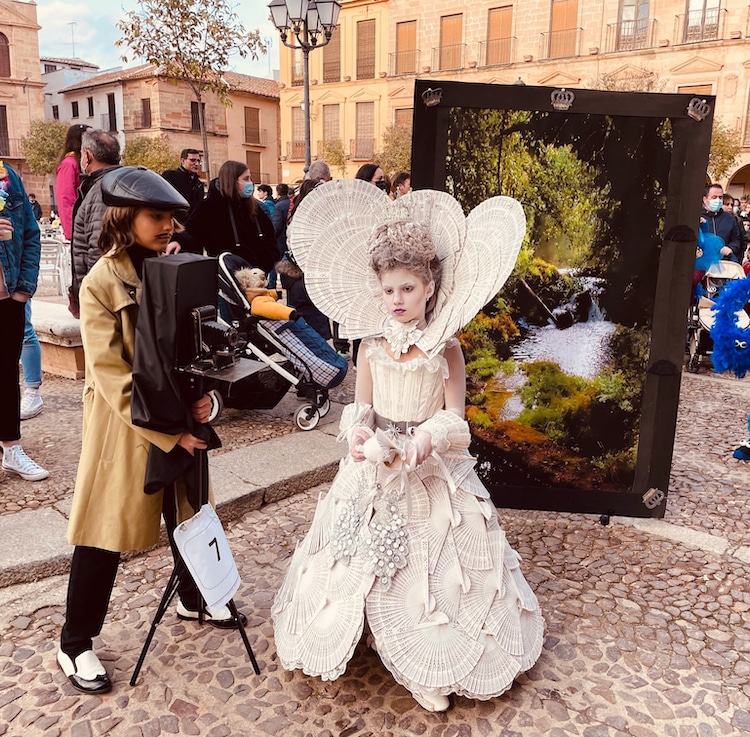 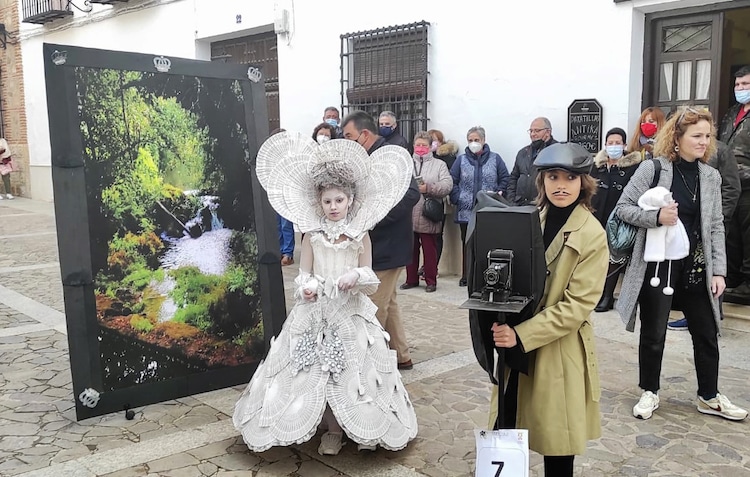 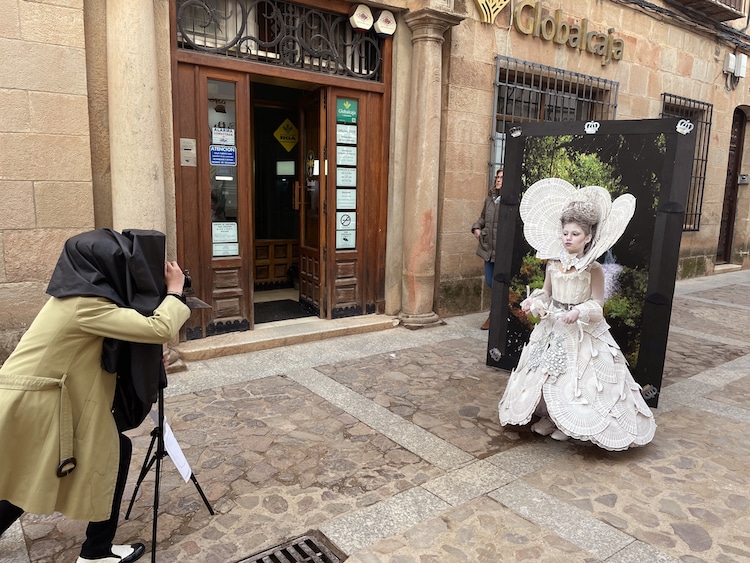 It took months to recreate this costume, and the faithful rendition extended down to the shoes. 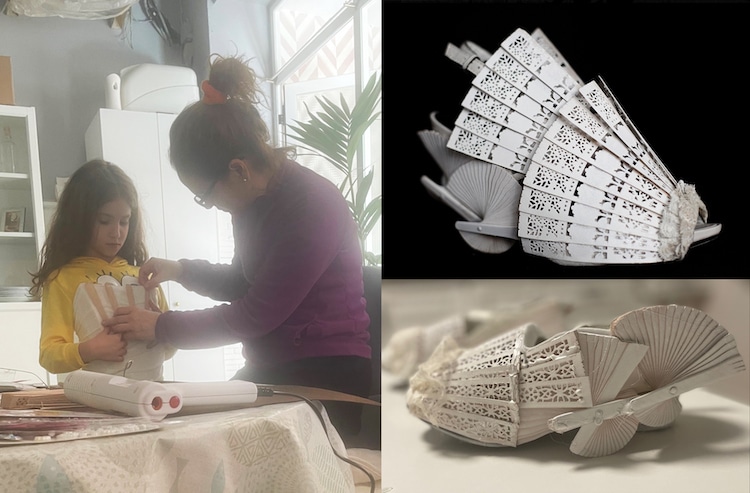 Here's Mitchell's White Queen, as she appears in the Wonderland series. 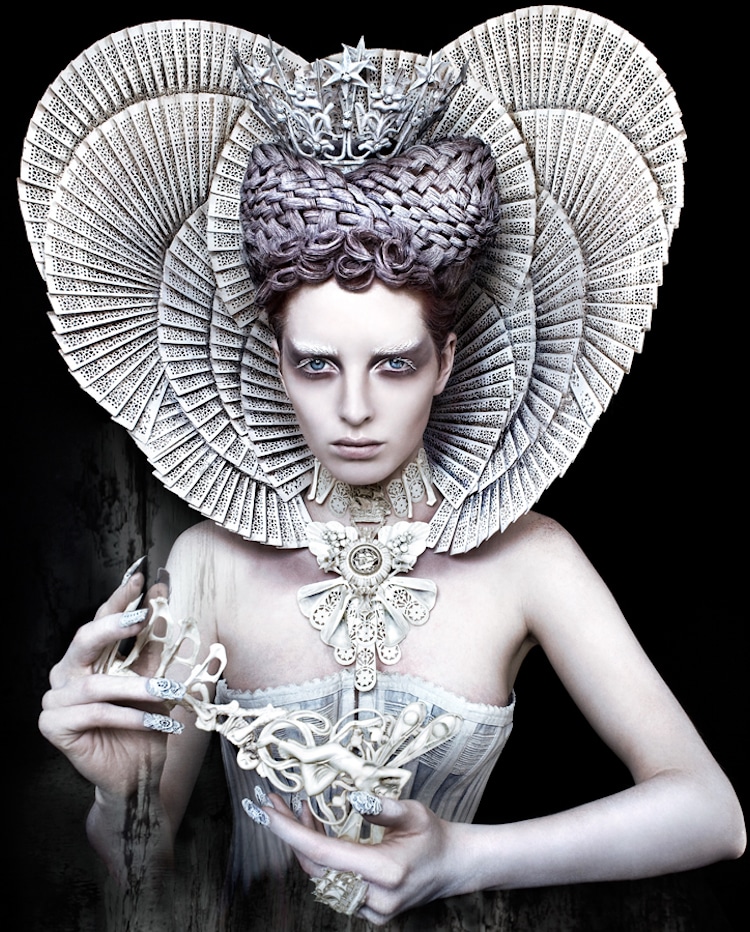 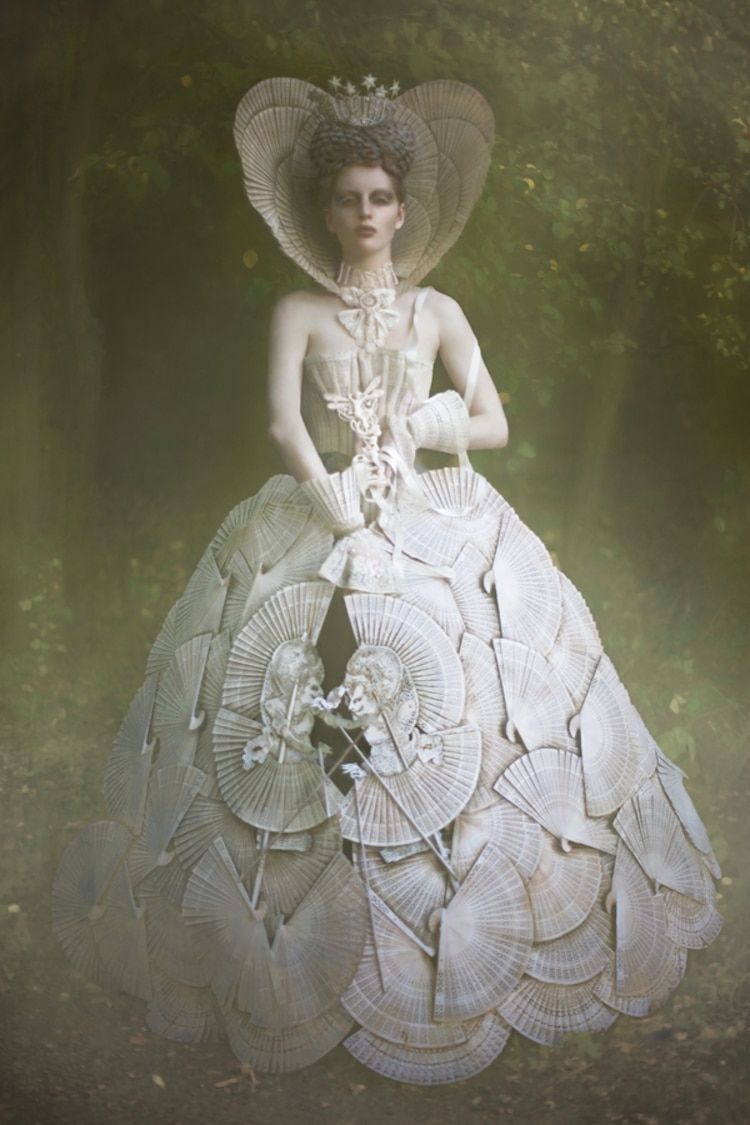 “Sometimes it absolutely blows my mind how far around the world Wonderland has reached, but also all the different levels of love it seems to receive. I can't stop smiling when I look at them,” Mitchell tells My Modern Met. 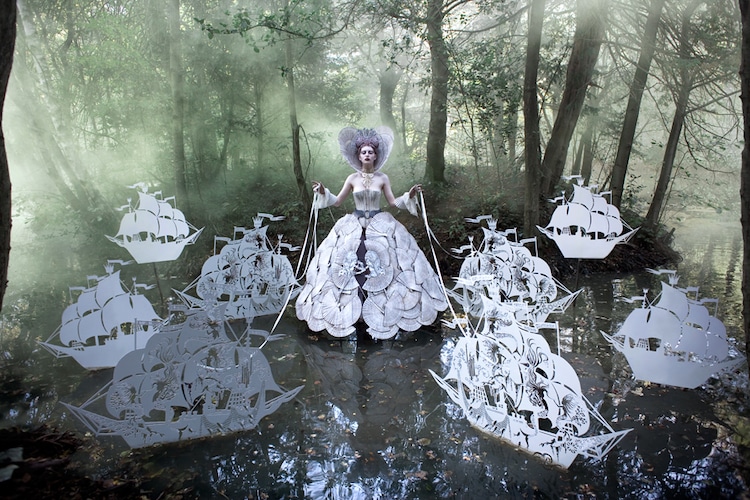 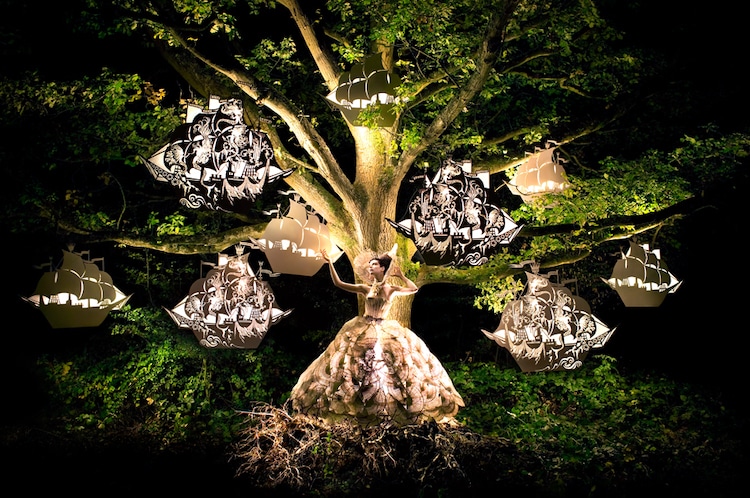 My Modern Met granted permission to use photos by Kirsty Mitchell.