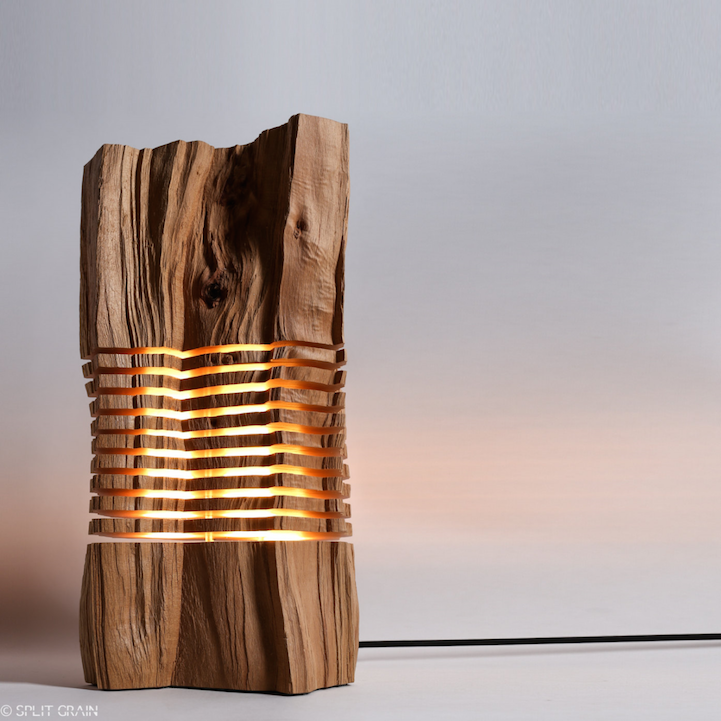 For most people, firewood is simply an ingredient for bonfires, s'mores making, and storytelling. But for Paul Foeckler, the head designer and founder of online shop Split Grain, it's the inherent beauty of foraged firewood that inspires his Light Structure collection. He began experimenting with different cuts to the exterior textures and shapes of firewood he found in California forests, and soon found that “different splitting techniques followed by sawing the form into slices enhanced the cross sections and revealed even more incredible formations and imperceptible grain patterns.” On his website, Foeckler explains: “The repetition of slices heightened those qualities even more and the addition of light from within unlocked beautiful intricacies across the grain itself.”

The pluggable lights burn bright and beautiful—all the while bringing a bit of organic nature into the home. The minimalist design of slats in a wood chunk allow just enough light to peer through without compromising the stability and structure of the wood itself. If you squint your eyes, the light and wood merge together as if Foeckler found the foraged art in the forest already illuminated. 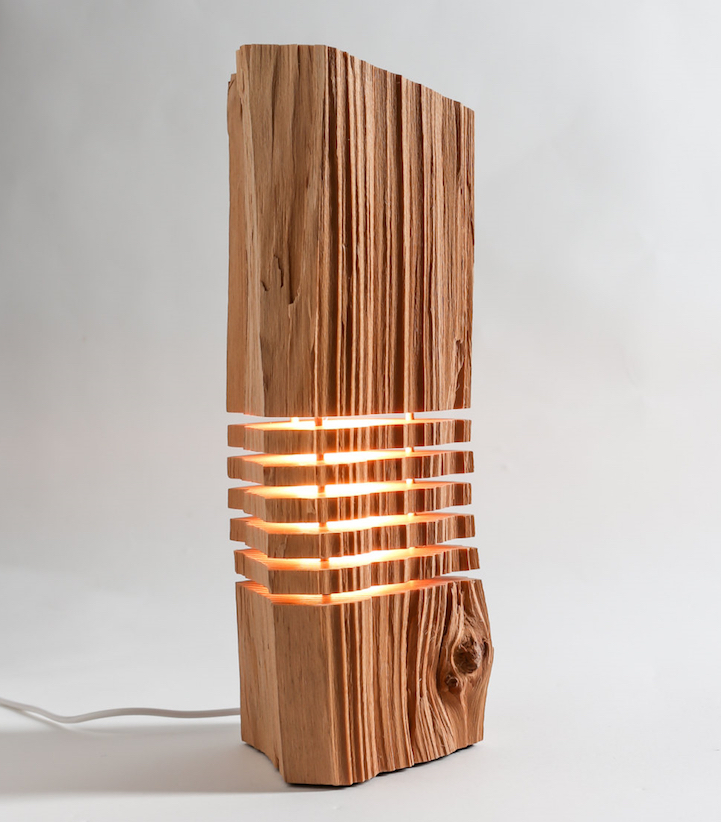 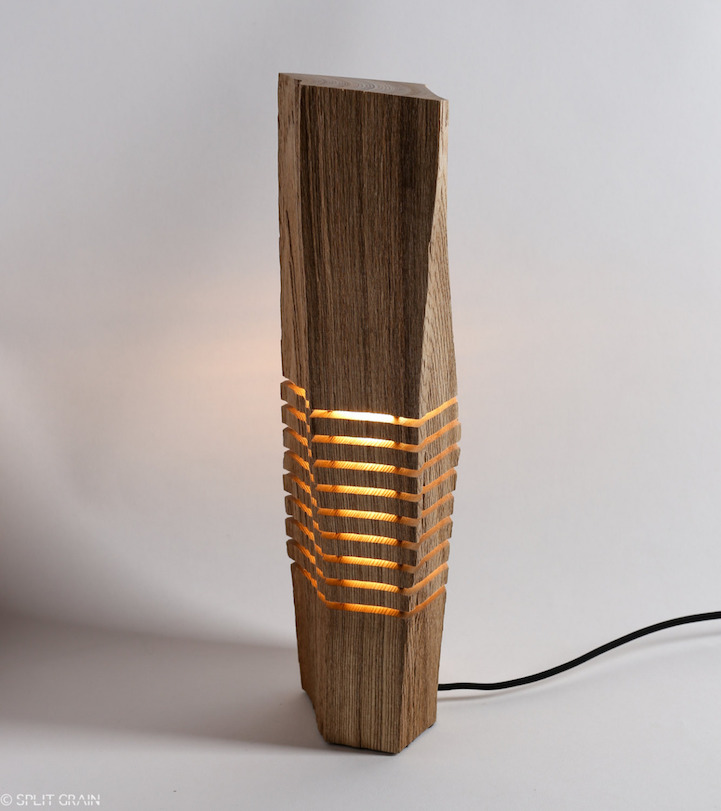 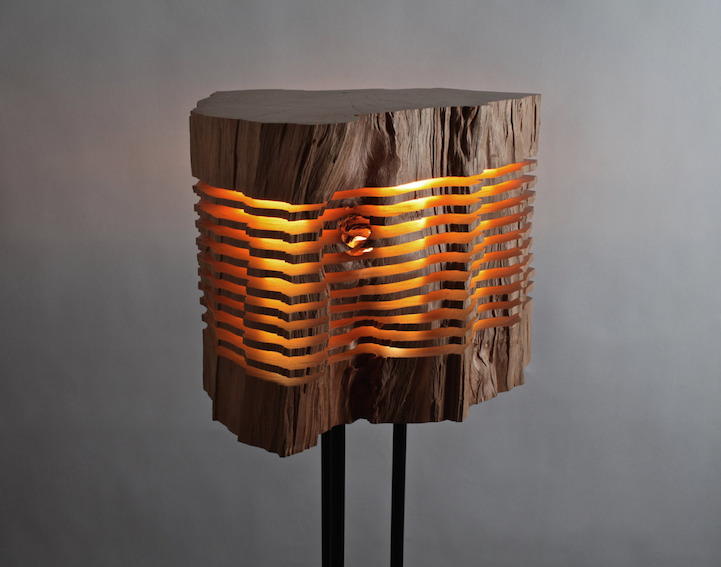 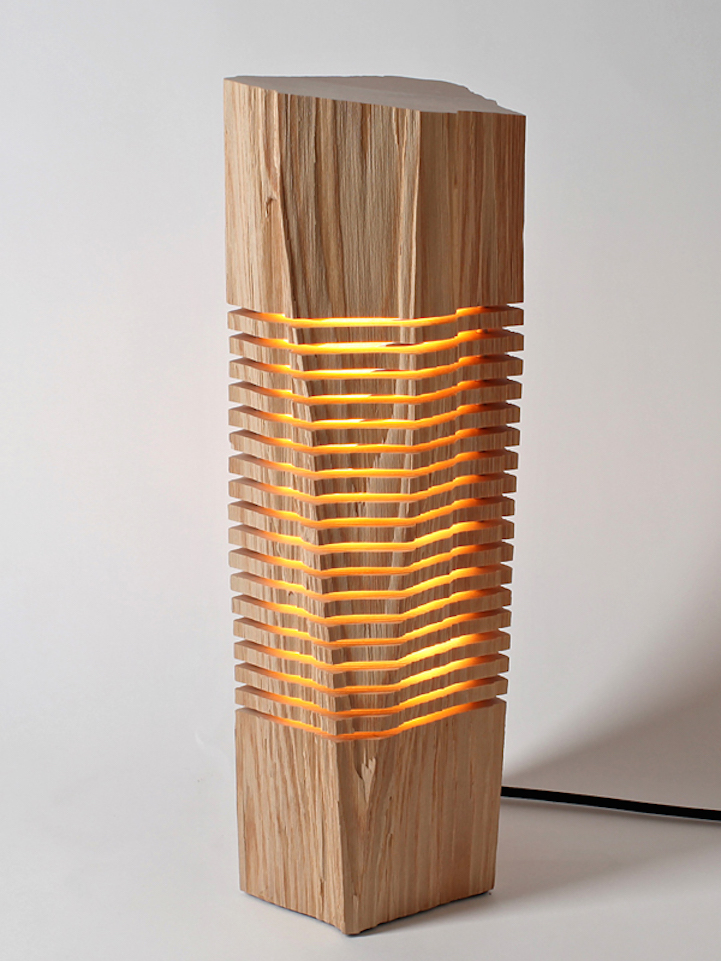 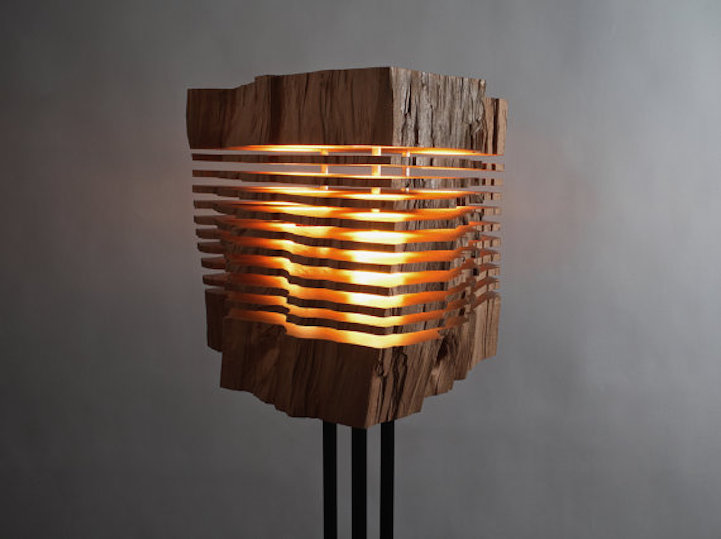 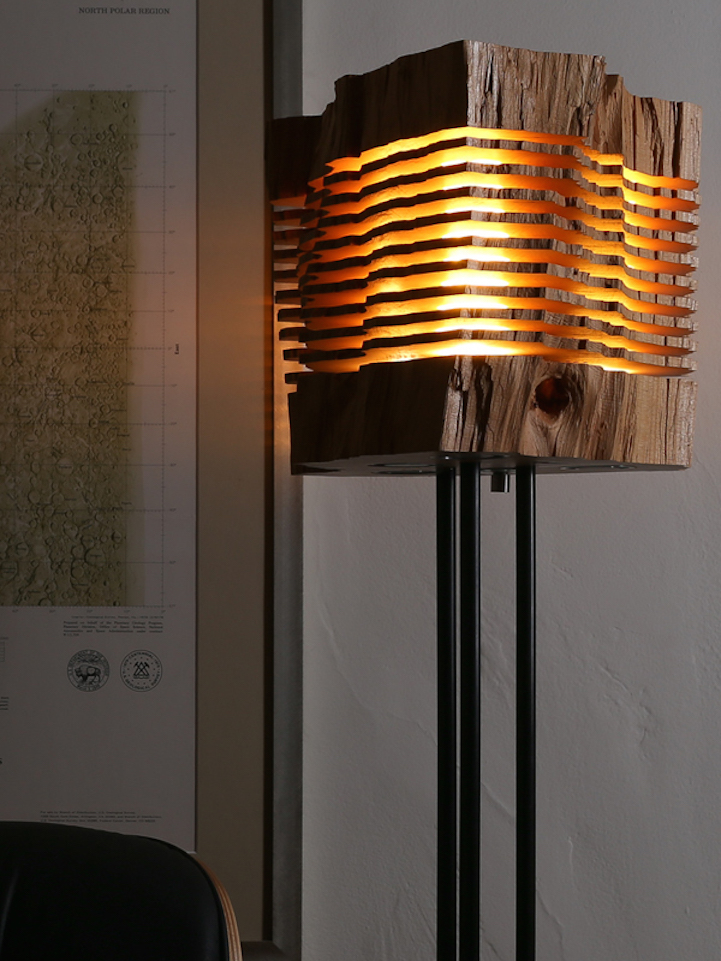 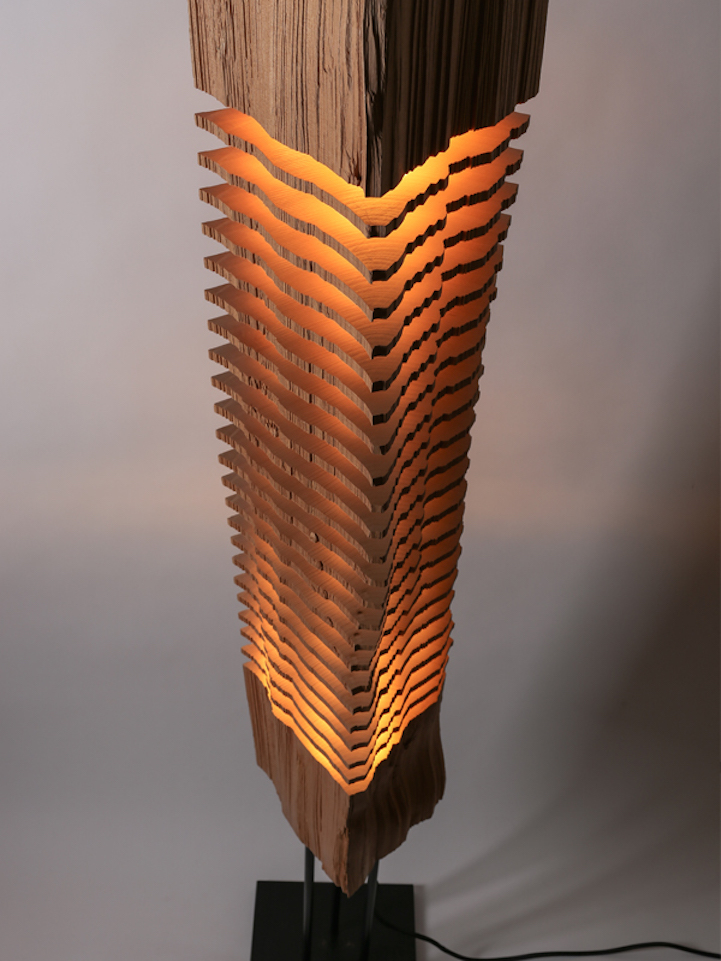 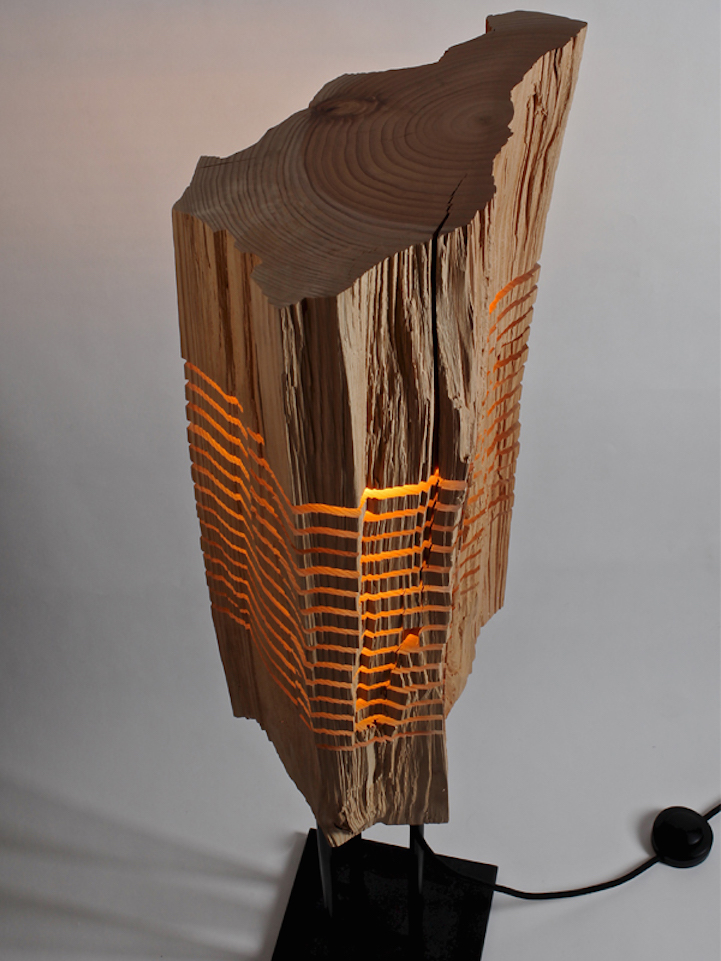 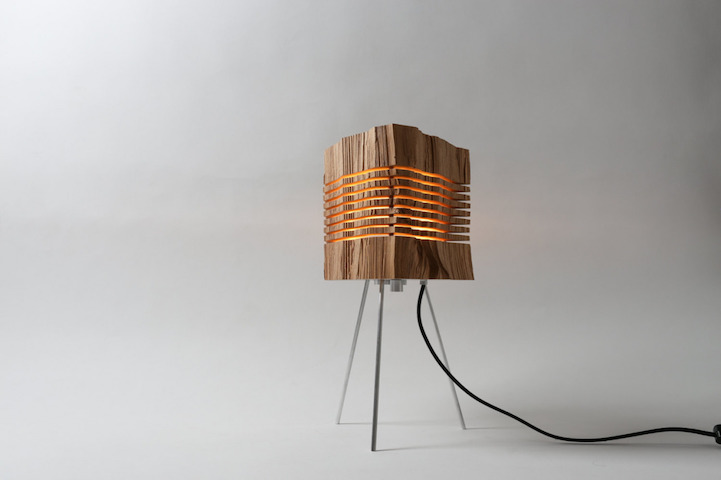