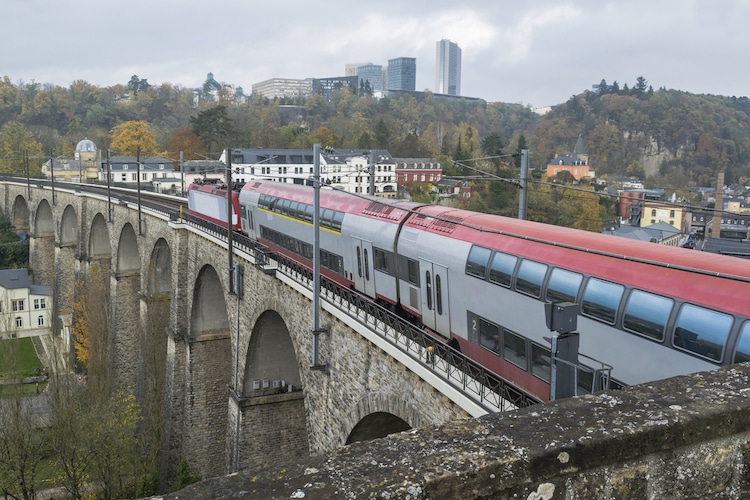 In a world-first, Luxembourg has made all public transportation free of charge. The small, landlocked country abolished fares on all trams, trains, and buses as of February 29 in a bid to ease its congested streets. It's an incredible initiative that other governments will certainly be eyeing to see if the country can maintain the quality of its service while keeping more cars off the road.

Though Luxembourg is one of Europe's smallest countries, its thriving economy means that commuters from neighboring Belgium, France, and Germany pour into the country on a daily basis, causing chaotic traffic jams. To put things into perspective, Luxembourg has a population of a little over 600,000 but 214,000 people commute daily from other countries for work. Not only will this new initiative equalize transport for all citizens, regardless of class, but it should keep more vehicles off the road.

“For people with low incomes or the minimum wage, for them, it's really substantial,” said transport minister Francois Bausch. “The main reason is to have a better quality of mobility, and then the side reason is clearly also environmental issues.”

In fact, nearly half of Luxembourg's greenhouse gas emissions come from transport with an estimated 73% of commuters going to work by car. Free public transport is just one tool that the government is using to combat this issue. Starting in 2018, the government began a ten-year investment of €3.9 billion ($4.3 billion) into railways and also plans to have an all-electric bus fleet by 2030.

For those who want to commute in peace, they will still have that option. Travelers wishing to ride in first-class will continue to pay, with a yearly pass costing €660 ($737). And while free transit certainly won't get everyone to leave their cars behind, some are already enjoying the change.

“I had the experience on an almost daily basis of trying to get through the city center, getting really stuck in traffic and sometimes taking 45-50 minutes,” said Amazon employee Mia Mayer, who made the switch from driving to taking the bus. “Luxembourg City is not a huge place so that really is a long driving time.”

Though Luxembourg is the first country to instate free public transport, several smaller cities around the world have already made the leap, including the capital of Estonia—Tallinn.