Dreamlike Watercolor Paintings of Iconic Skylines Around the World 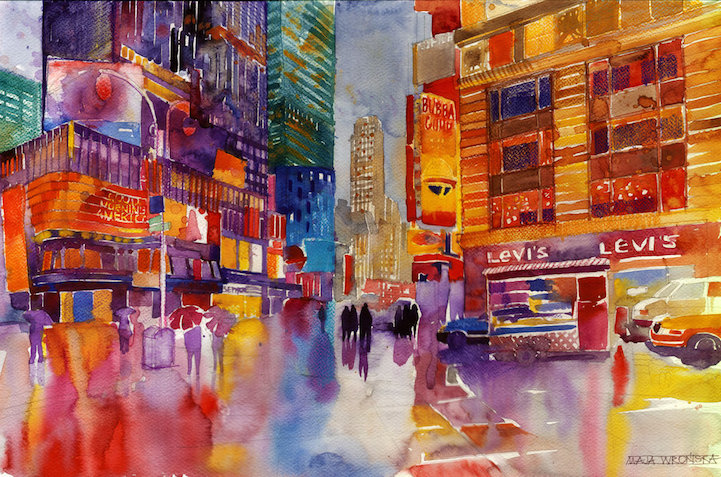 Depicting iconic cityscapes from around the world using a keen eye for structural beauty, Maja Wronska continues to capture a dreamy and refreshing quality in her paintings. Encapsulating scenes from Seattle to Amsterdam, Wronska uses watercolors, pastels, and sometimes coffee, to create artwork that shares her love of architecture and travel. First and foremost an architect, Wronska began painting during her studies, using her knowledge for planning and designing buildings as the main inspiration for her drawings.

The skylines she paints not only consist of cultural symbols, but are works of art in and of themselves. Her choice of colors produces a whimsical and fresh look that transports the viewer to the city she is illustrating, as a result of, the painstaking detail and dexterous shading Wronska beautifully showcases. 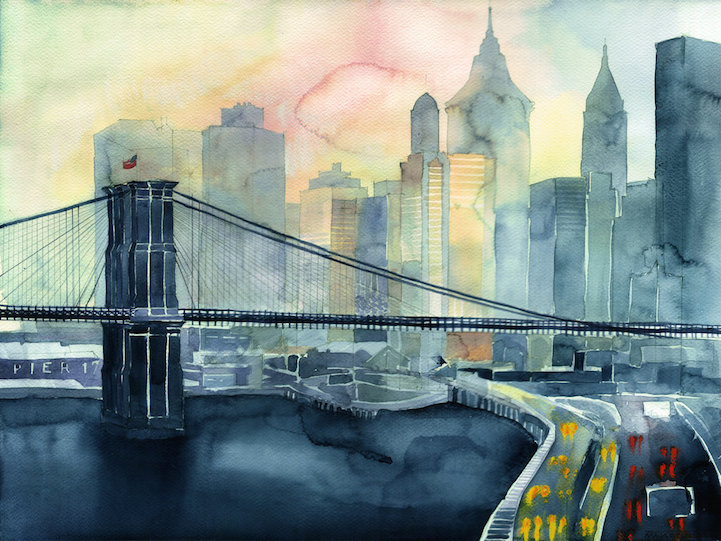 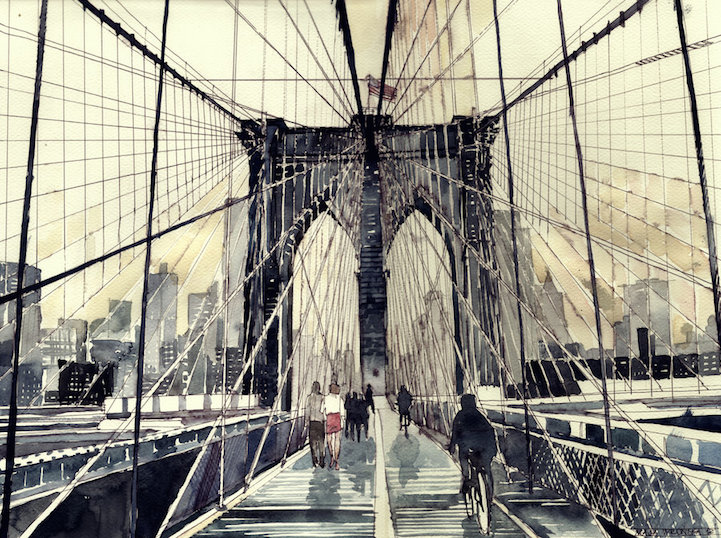 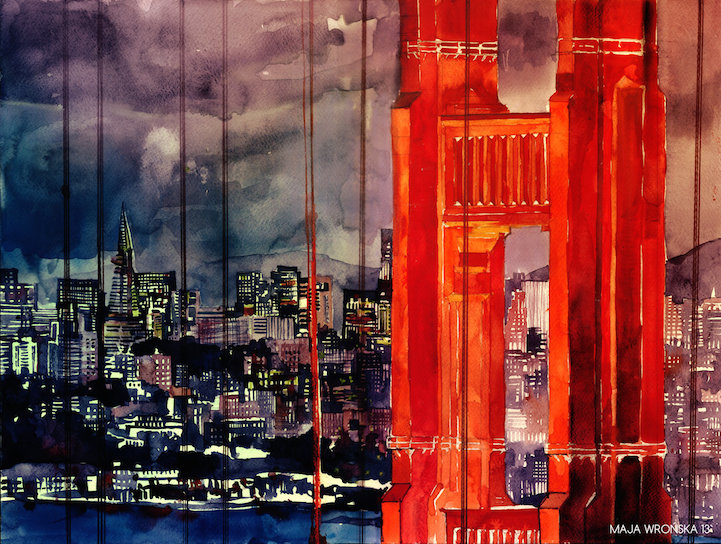 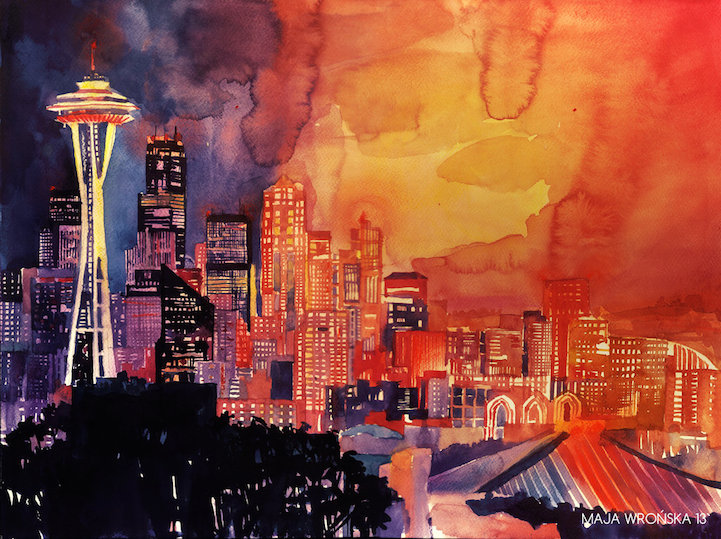 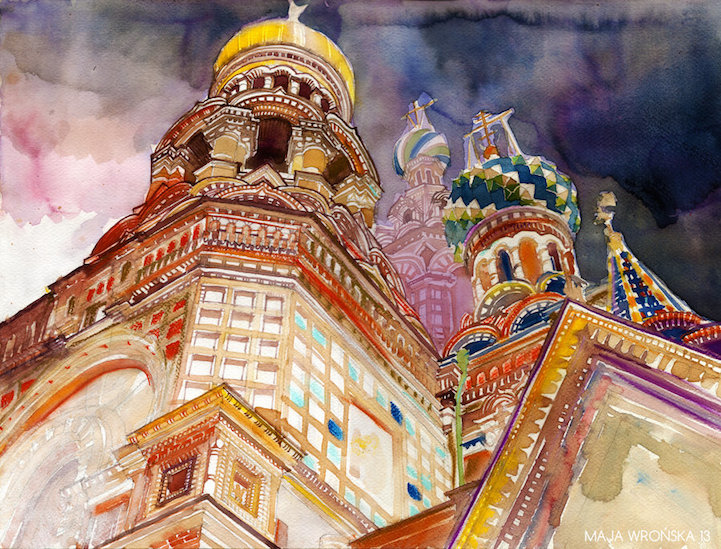 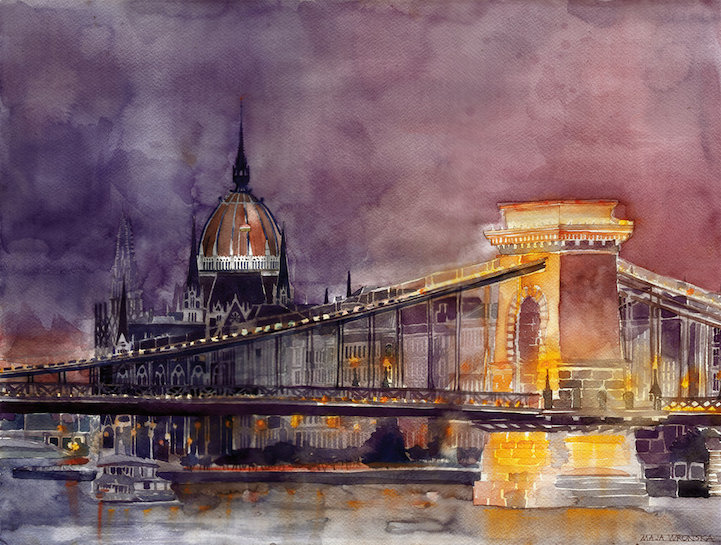 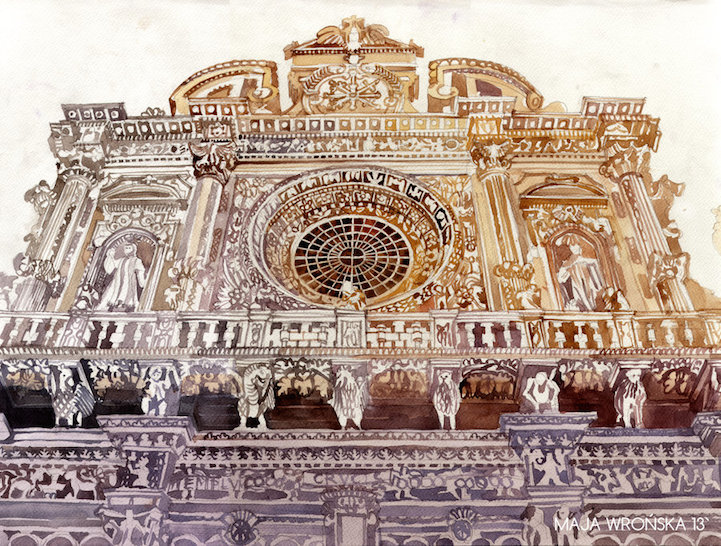 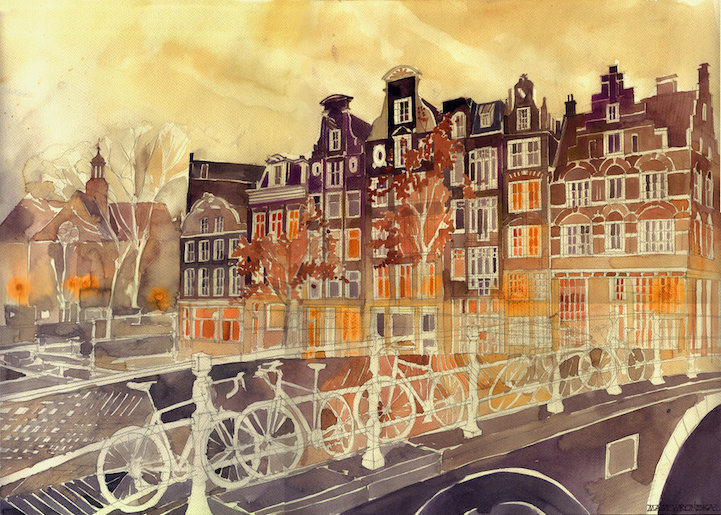 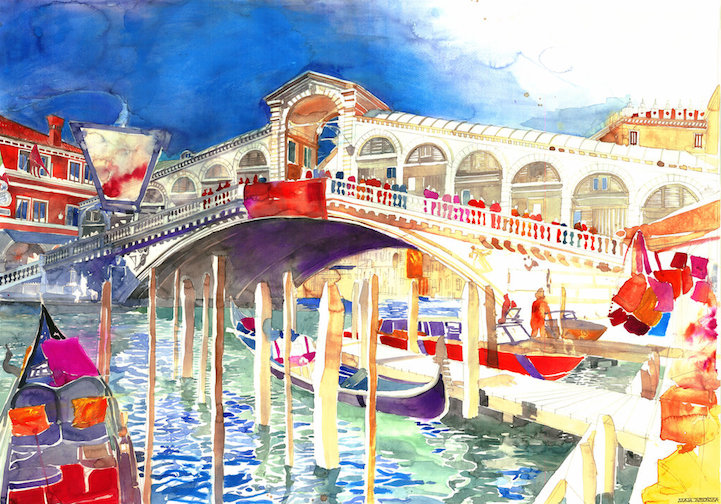 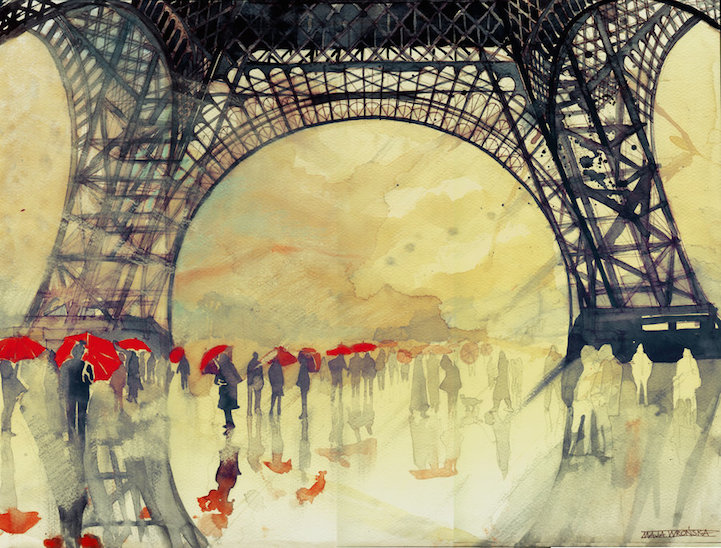 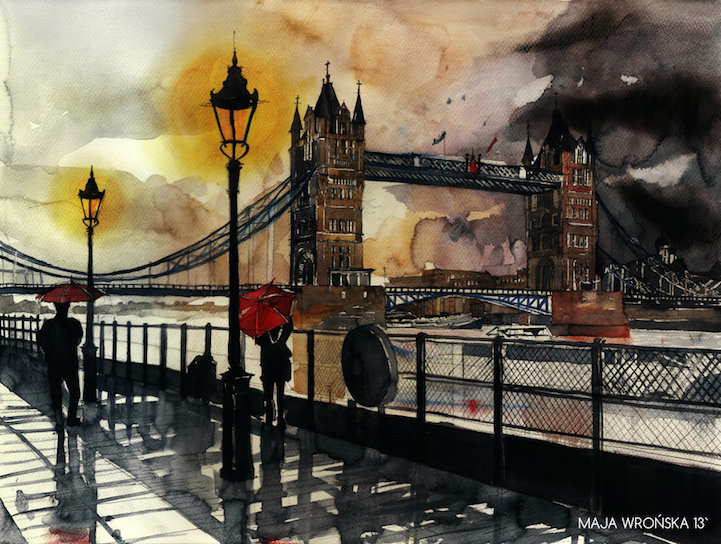 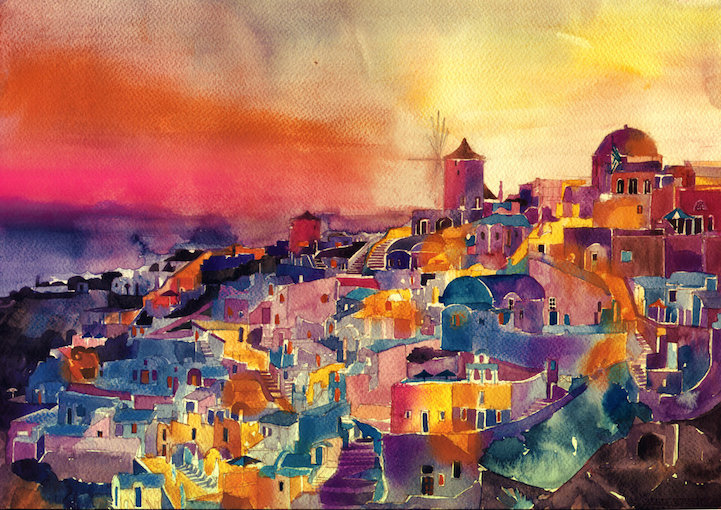