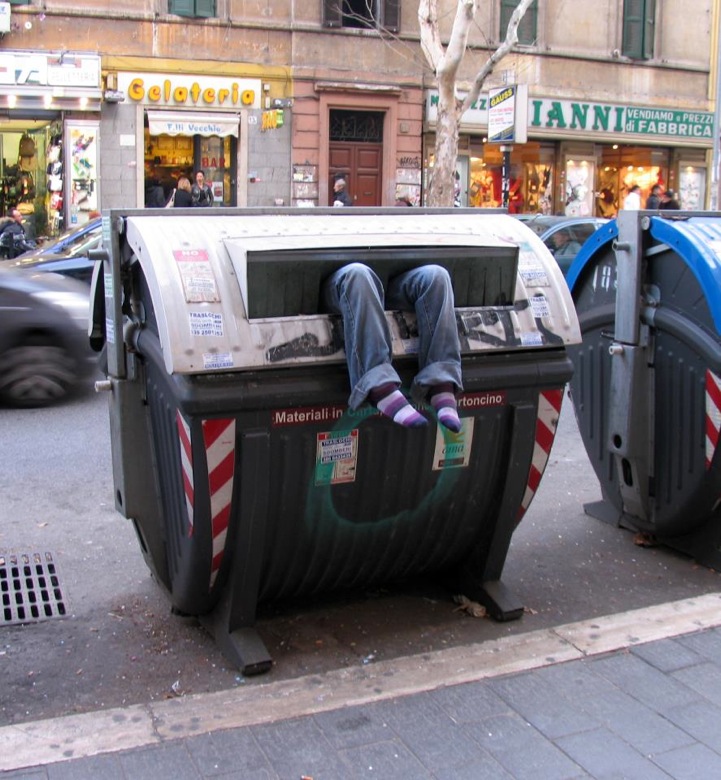 Global street artist Mark Jenkins is renowned for his expertise in simulating human figures out of your average roll of tape. The installation artist's latest sculpture displays that feature the human form can be found across the public urban spaces of Rome, Italy. In preparation for his first Italian solo show's opening, Jenkins has composed his life-like sculptures across the city in unconventional positions and locations.

A pair of legs dangle out of a trash bin, giving the impression that someone has possibly opted to take a nap in filth or perhaps was involuntarily dumped. Either way, it is bewildering. Jenkins creates unusual scenes like this to evoke a reaction from an unknowing audience. People passing by would undoubtably recognize the sight of these “men” laying about, covered in trash as uncommon behavior. The series entitled Living Layers is a bit of a theatrical art piece that demands some sort of reaction, even if it's a raised eyebrow, a light smirk, or stopping dead in your tracks.

Jenkins' solo show at Wunderkammern opens this Saturday, March 17th, and will run until April 26, 2012. The urban artist will also be on the panel of judges again for the 2012 Scotch Off The Roll Tape Sculptures Contest, which is still accepting entries until March 24, 2012. 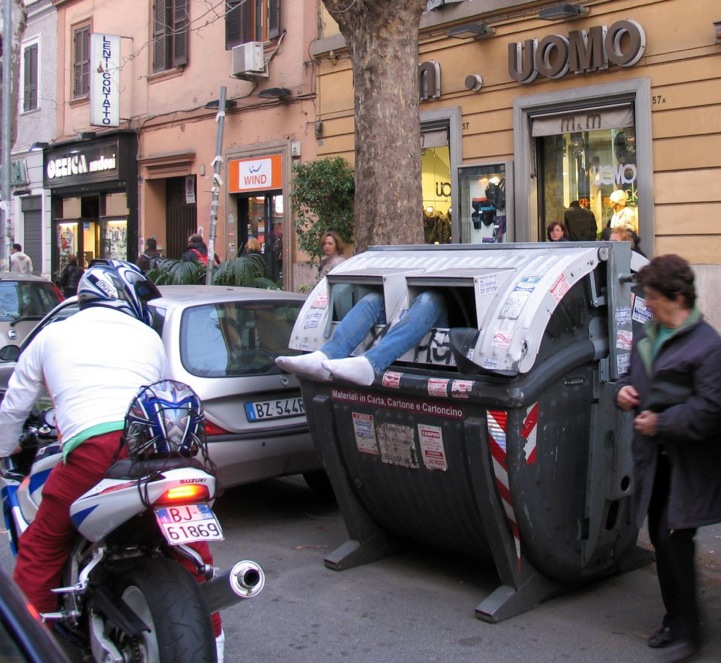 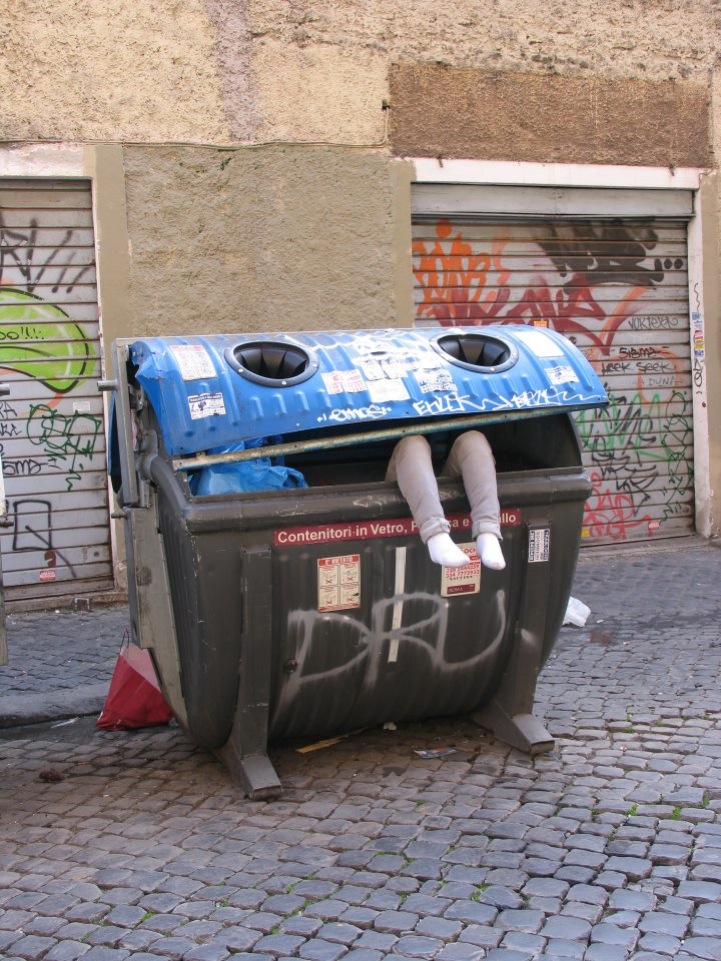 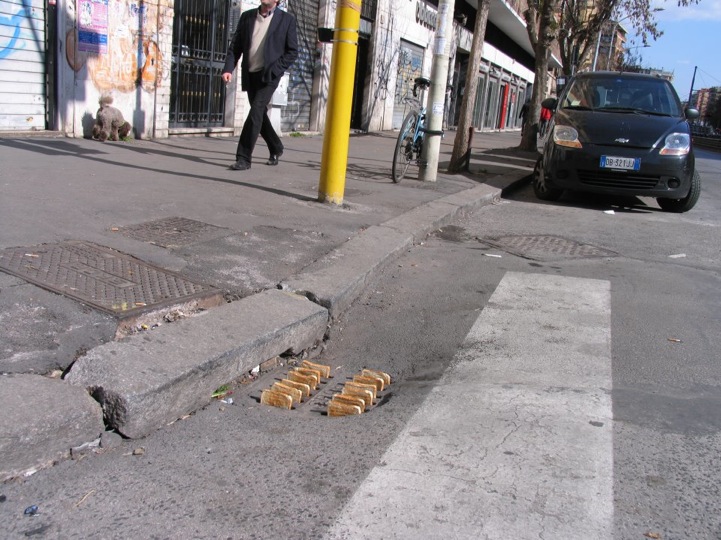 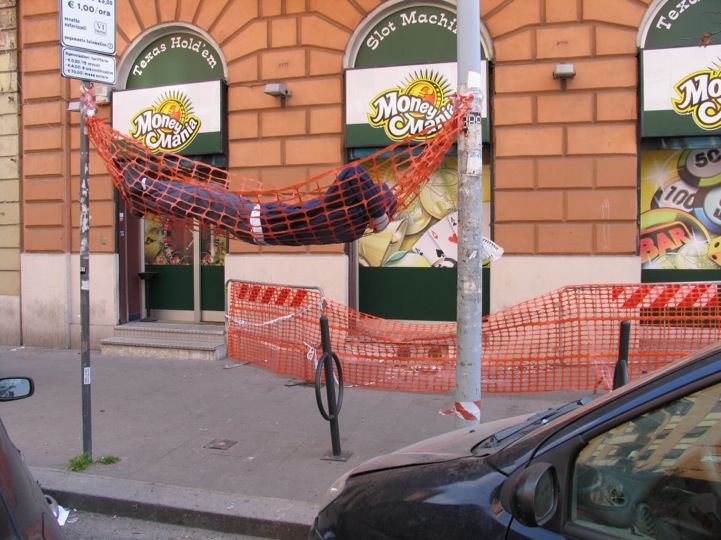 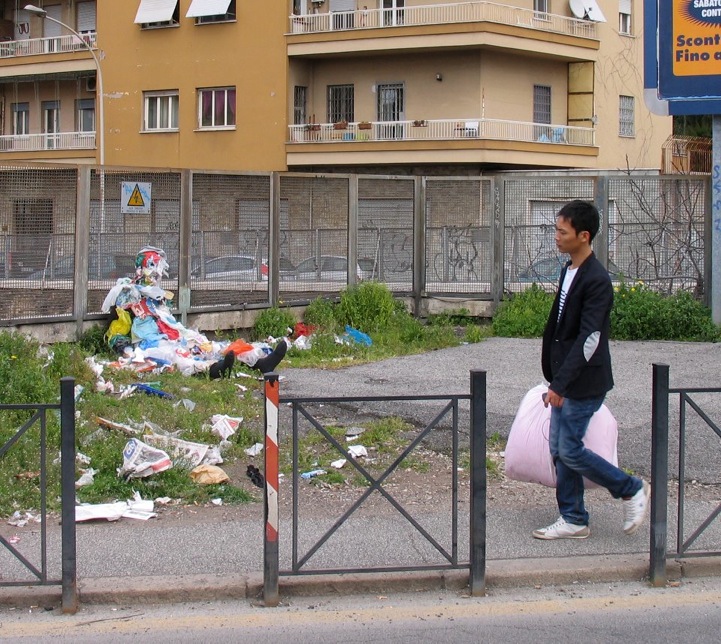 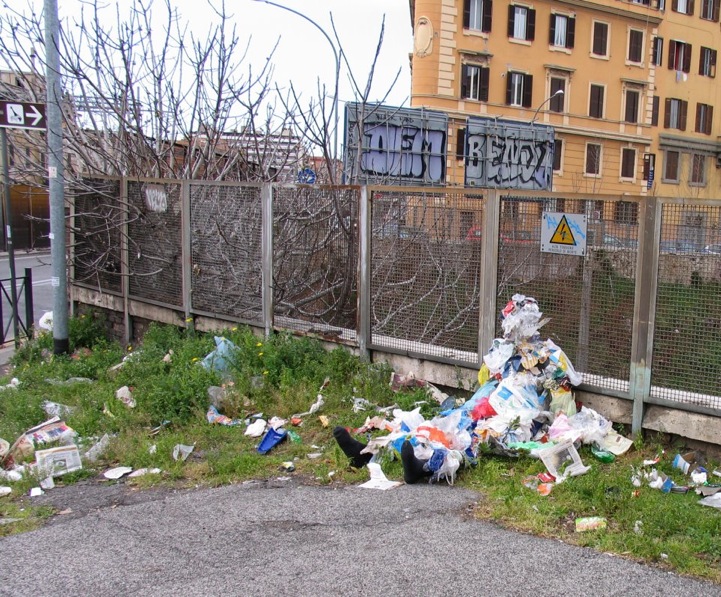 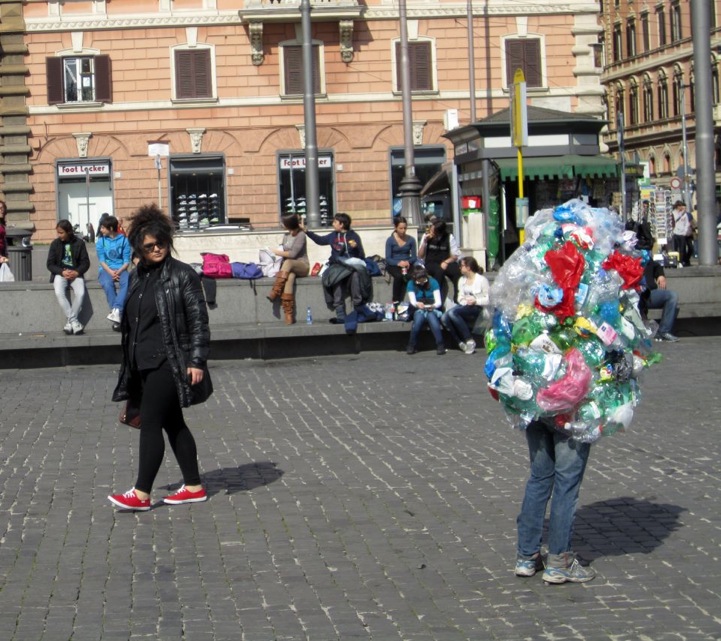 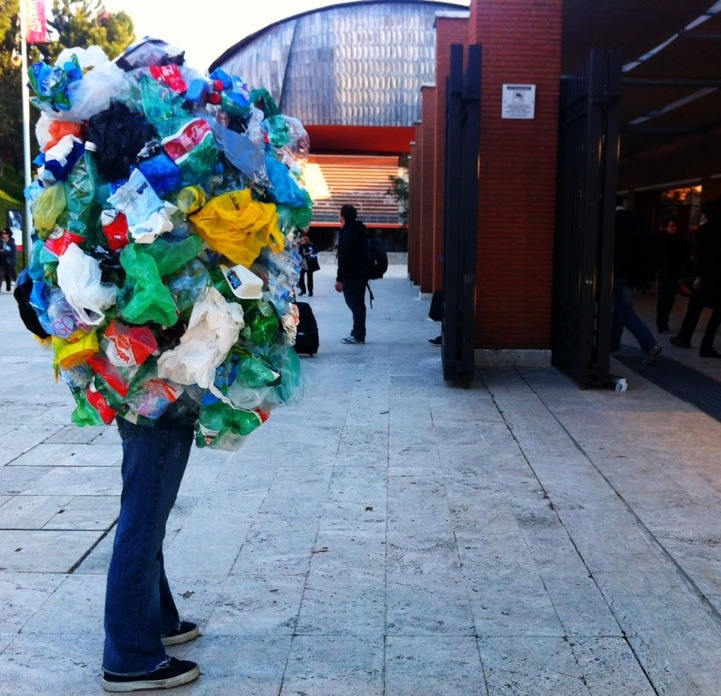