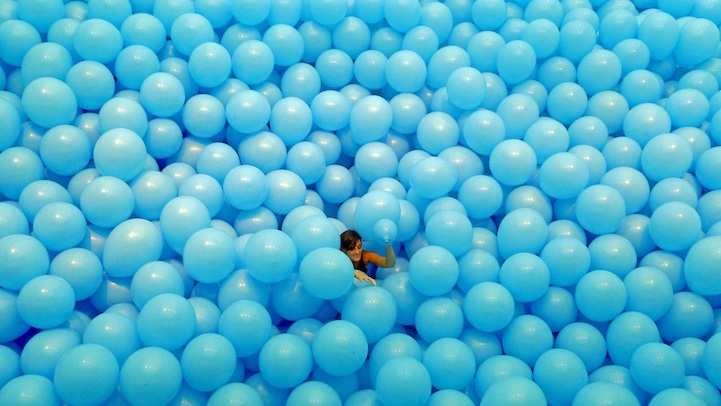 Contemporary art doesn't get much more fun than this! First created in 1998 with white balloons and then redone many times over, Half the Air in a Given Space is an interactive installation, by British artist Martin Creed, that's comprised of hundreds or thousands of balloons of the same color. As the name suggests, half a room's entire volume is filled with air-inflated balloons and then visitors are encouraged to walk through. “It is important to me,” says Creed, “that the situation is normal, that, as usual, the space is full of air; it's just that half of it [is] inside the balloons.”

Meant to evoke a sense of celebration and remembrance of childhood, the installation is almost guaranteed to leave everyone with a smile on their face.

Last year, Nasher Sculpture Center in Dallas was graced with 9,000 giant gold balloons that filled half of an eight-foot high gallery. To get a sense of what it feels like inside the room, Anna Merian of the Dallas Observer wrote, “People kept emerging from the balloons and startling each other — you'd feel totally alone and then suddenly, a face would come looming up out of the yellowness and you'd smile sheepishly at each other, then go back to flailing and squealing and butterfly-stroking your way through the balloons.”

In Chicago, Creed has installed four versions of this work in neighborhoods throughout the city, choosing a different color balloon for each site. The first two installation, at the Hyde Park Art Center and Garfield Park Conservatory, can be experienced through October 2nd and October 15th, respectively. In addition, this fantastically fun installation is coming to The Cleveland Museum of Art from September 30 through November 25, 2012. 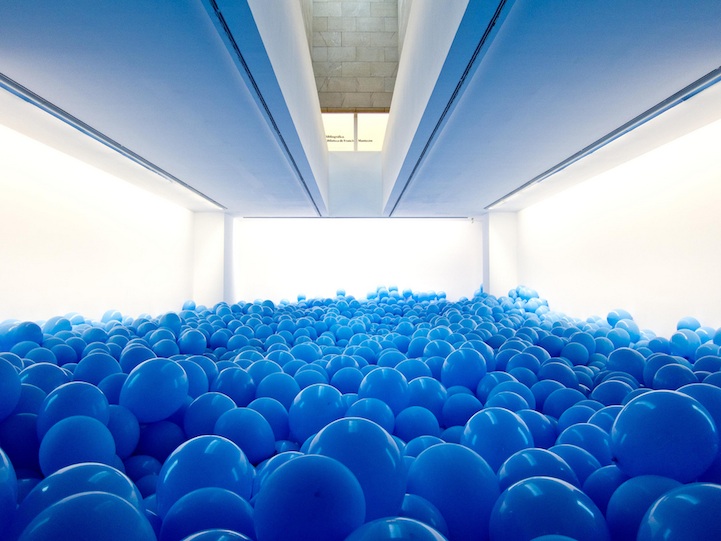 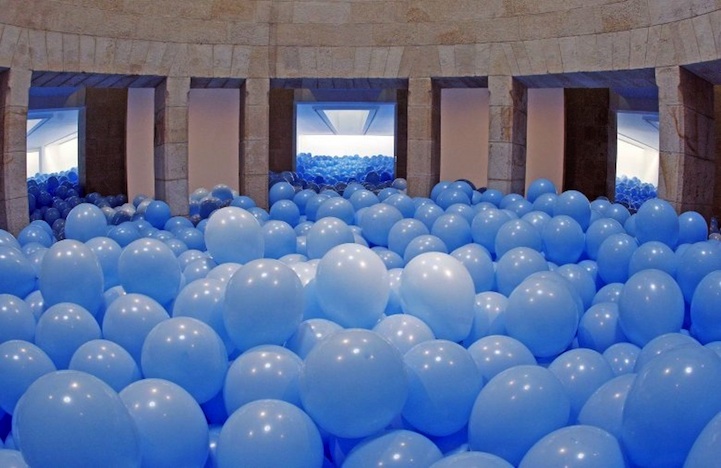 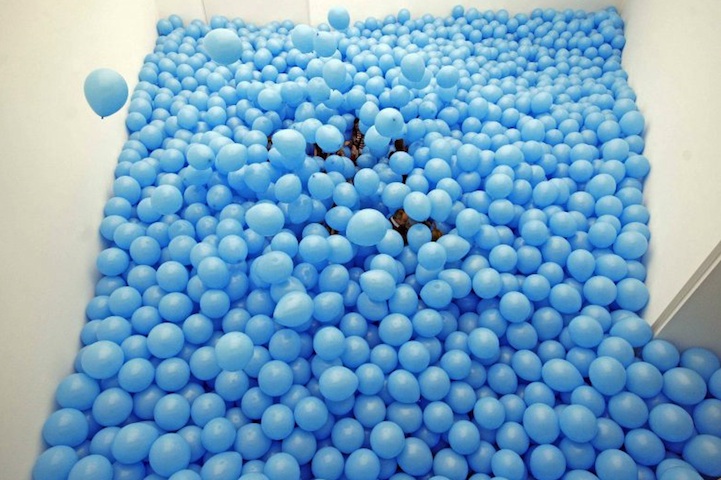 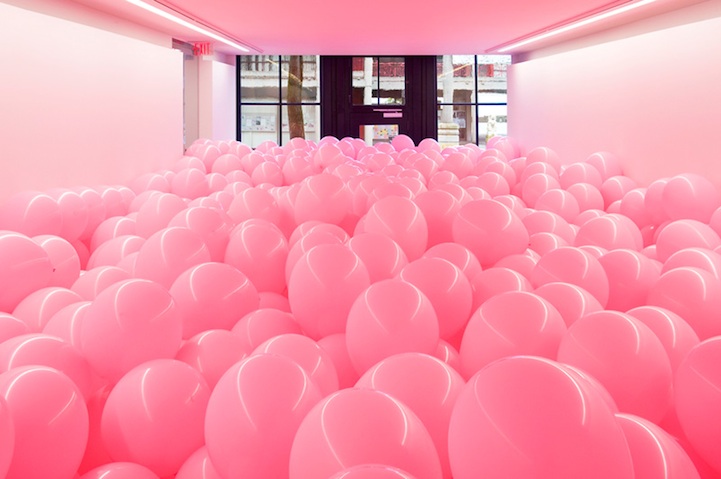 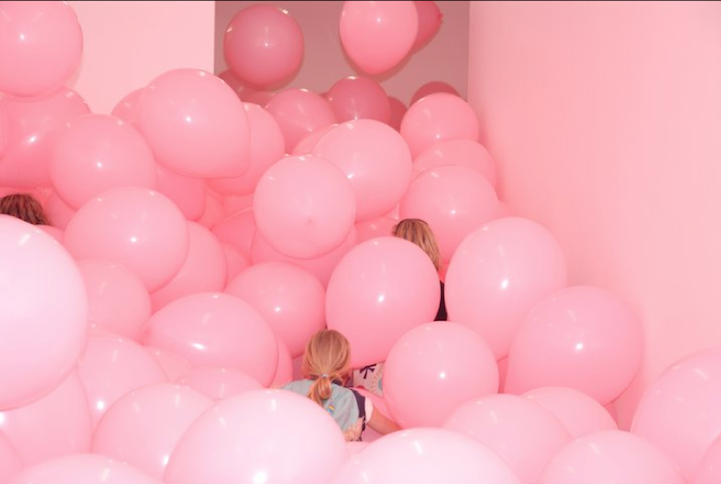 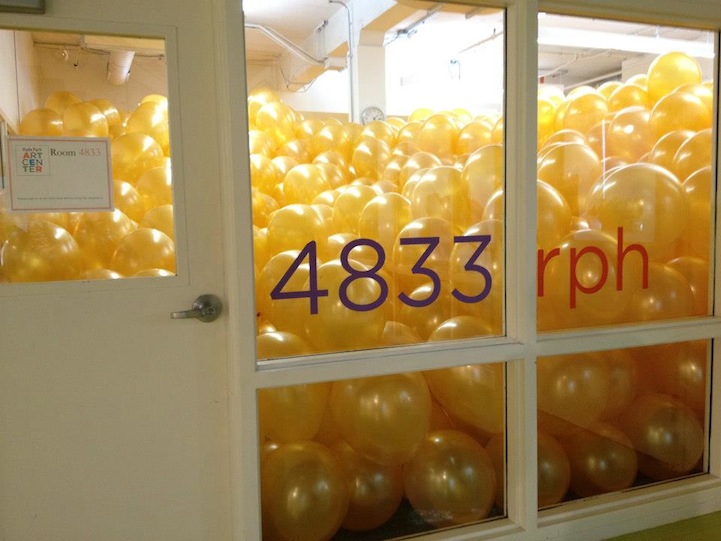 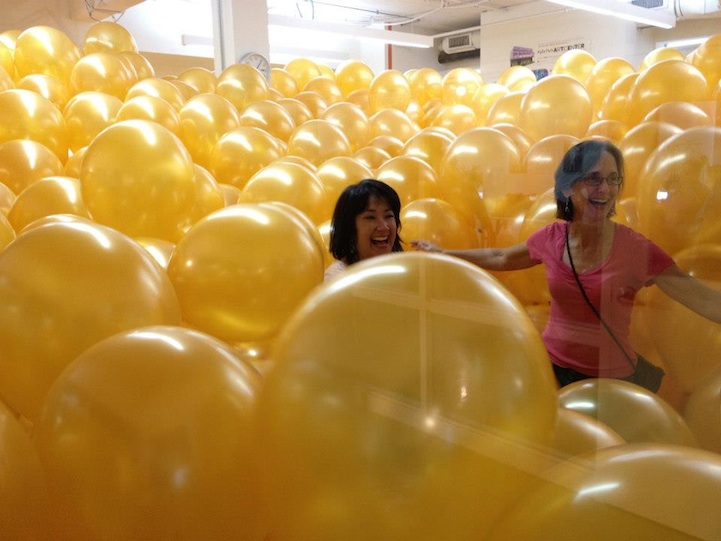 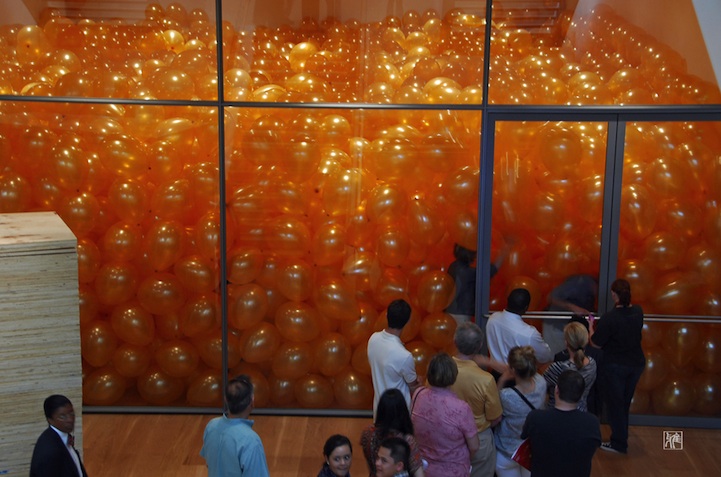 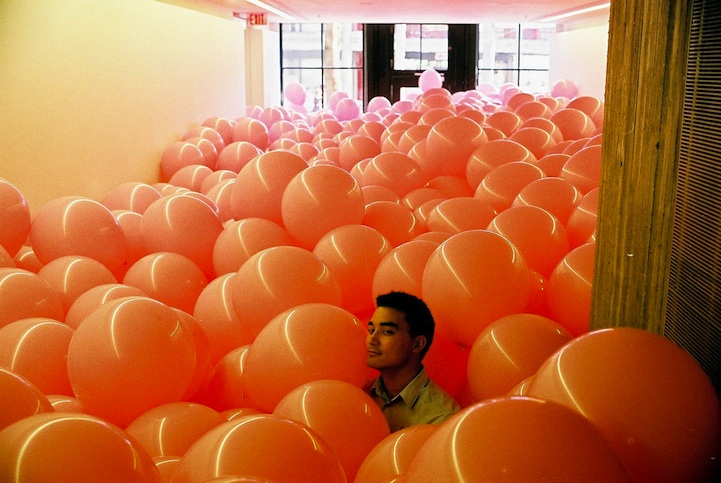 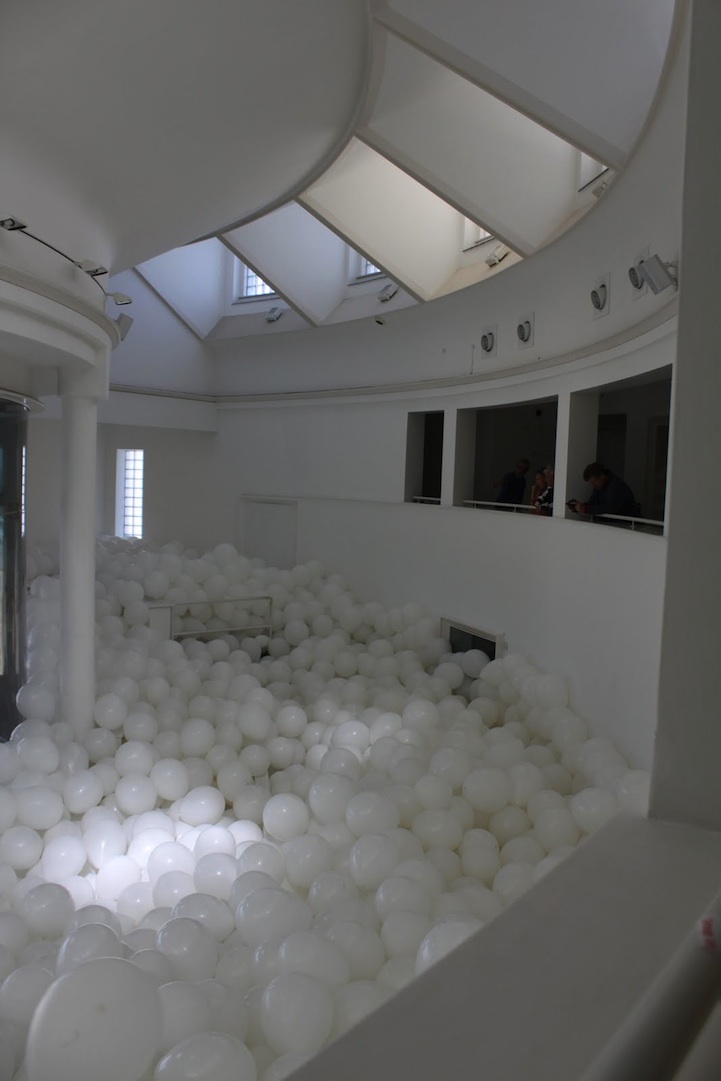 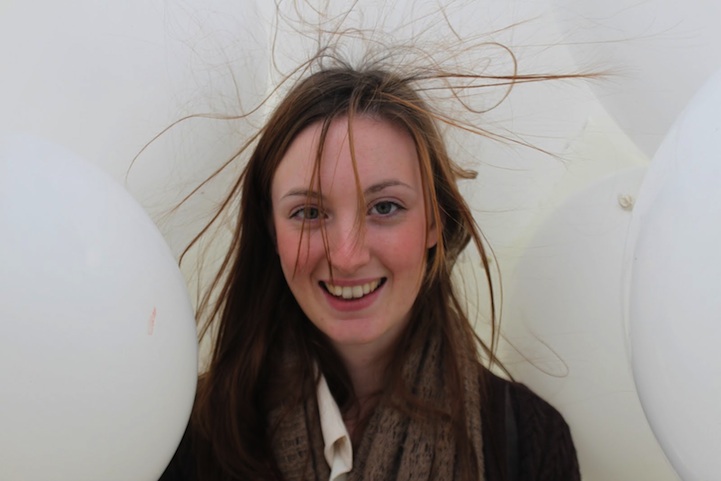