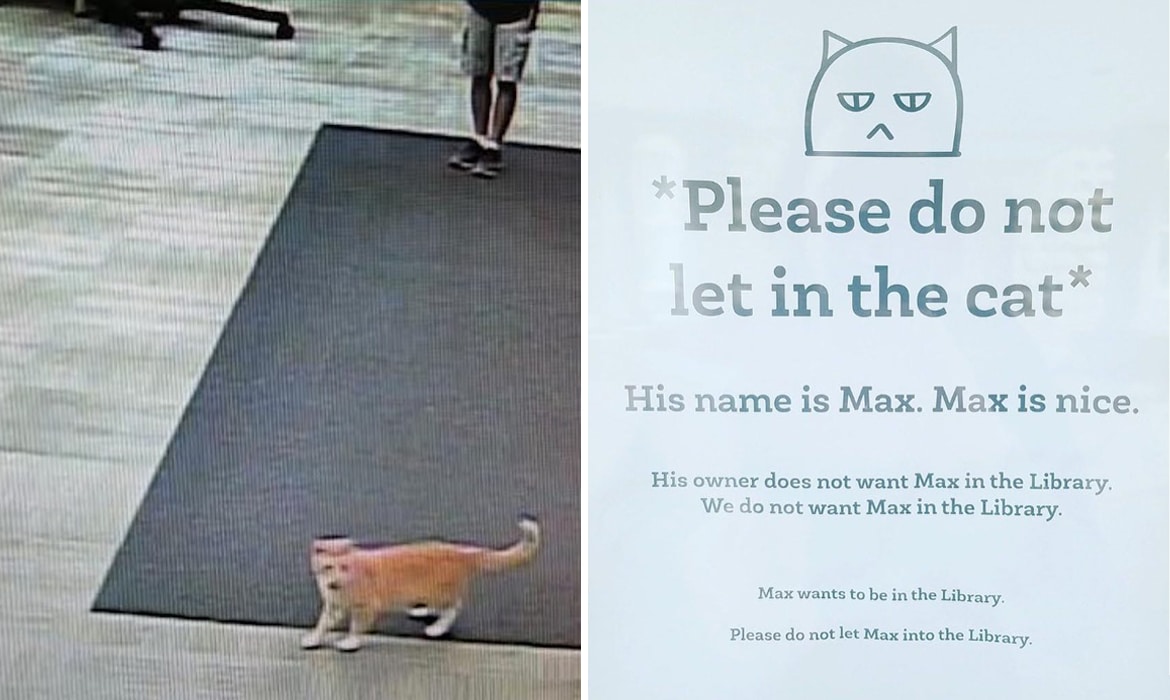 Cats are notorious for going where they don’t belong. Whether that’s on top of a tall shelf or venturing outdoors, it seems that our furry friends can’t resist the allure of forbidden spaces. Max the cat is no different, but his curiosity didn’t kill him—it rocketed him to internet fame.

Once a wandering stray, Max was rescued by a woman named Connie Lipton in St. Paul, Minnesota. But despite finding a forever home, it didn’t stop him from wanting to explore the world beyond the family’s abode. Max’s human dad is a professor at Macalester College, and they live across the street from campus. As his dad would head to work, Max was eager to join him. While the couple resisted for a while, they eventually outfitted the feline with a collar and let him traverse the neighborhood.

Max made the most of his freedom. He traveled to campus and quickly inserted himself in the midst of the action—including being an adorable crasher to college events and watching students play frisbee. Max even learned a bit of Spanish when he stopped by the Spanish and Portuguese department. “We’ve had multiple calls because his phone number is on his tag,” Lipton told The Washington Post. “He’s a funny guy. He loves people. He loves to socialize—with groups.”

While most places welcome Max, the Macalester College library kindly requested that he stay out. Librarians were worried that he’d get locked in there overnight, and one of them is very allergic to feline dander. When Christopher Schommer, an employee at the library, returned from 12-week parental leave, he learned of Max’s reputation. One of his duties was creating signage, so he updated a previous sign with an easy-to-read message and a cartoon cat.

The poster struck a chord with library patrons and later, the internet at large. When a picture of the sign was posted on Reddit and Twitter, support poured out for the literary cat. “Max just wants to read!” one Redditor wrote. “Not only would I let Max in, I would have already had a miniature library card issued in his name and affixed to a fine collar,” another said.

The pleas and fan art in support of Max did little to sway the library staff. Although the curious kitty is still banned from the books, he’s got another obstacle to overcome; there is construction on campus, so his outdoor privileges are on hold. Max, understandably, is not happy, but a compromise was reached. He now walks on a leash with a harness which allows him to see his campus friends. But once the work is over, expect him to be back at the library, scheming ways to get among the stacks.

Meet Max the cat, a curious feline who loves to explore the nearby Macalester College. 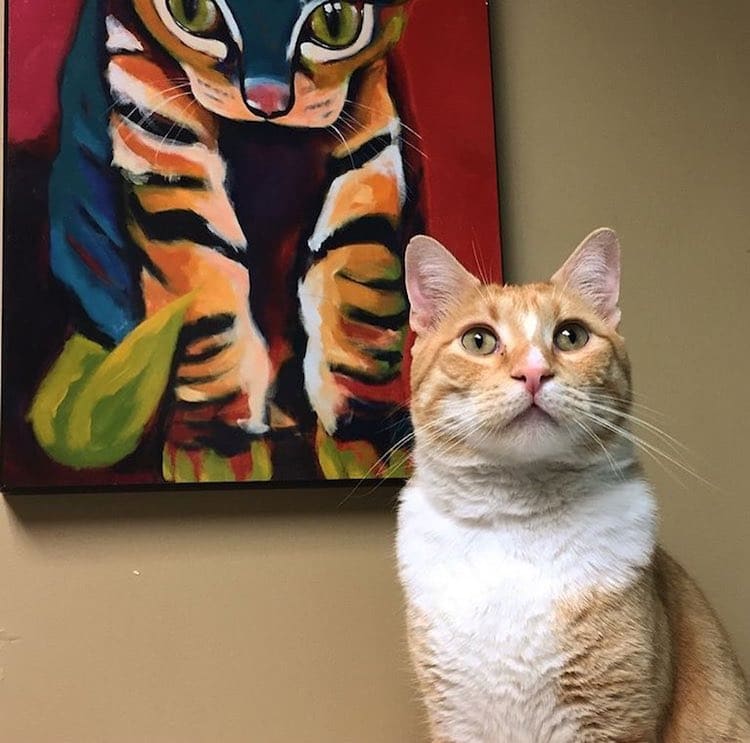 He's loved throughout campus… except for the library. Here he is caught on camera! 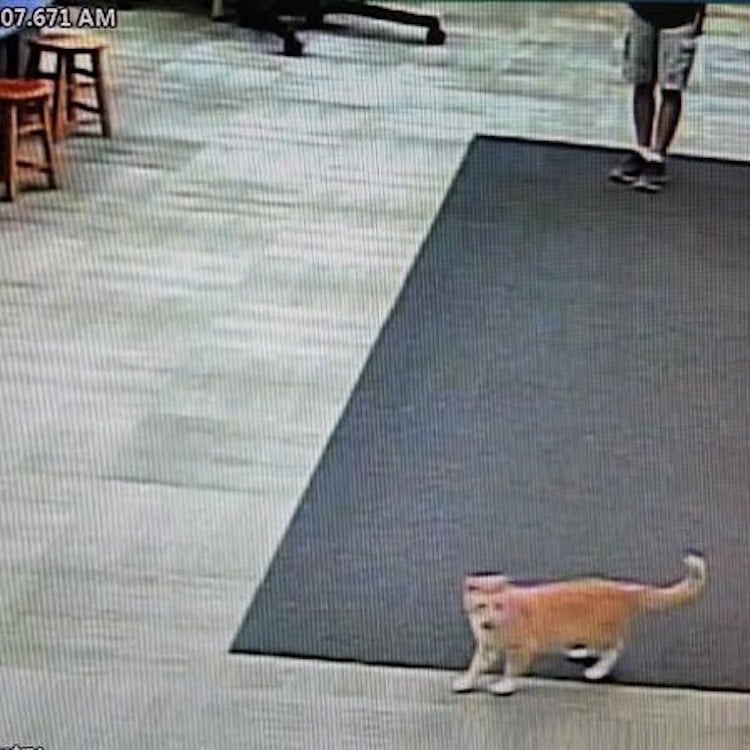 Max's dream of being a library cat was dashed because the librarians are afraid of locking him in, and one is very allergic to feline dander. 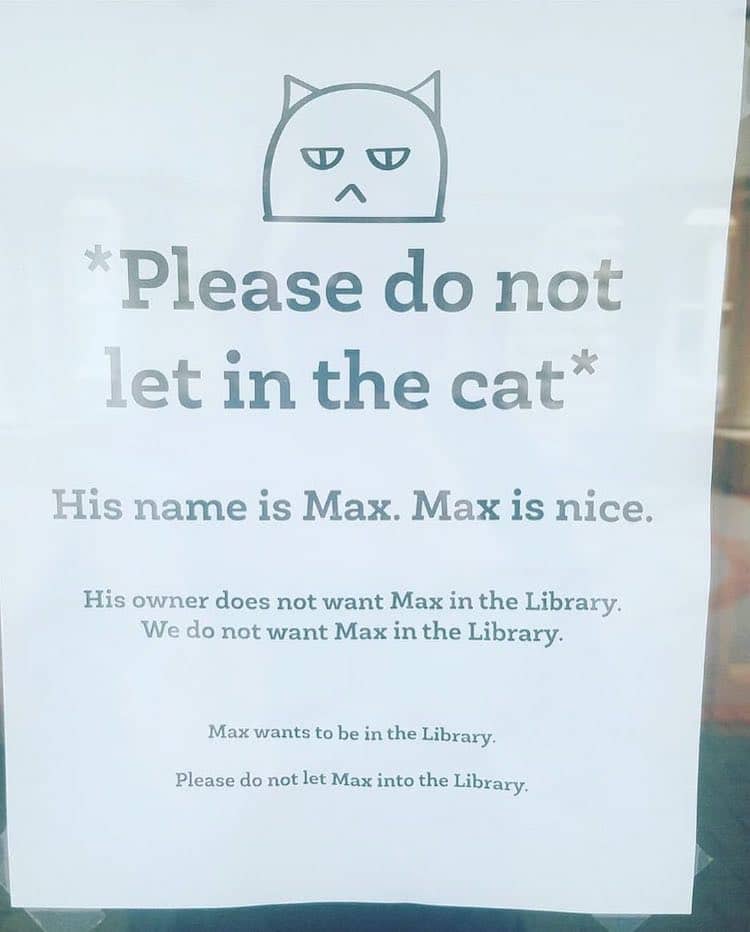 Librarian Christopher Schommer made this sign to spread the word. It quickly went viral, and people came out in support of Max being in the library. 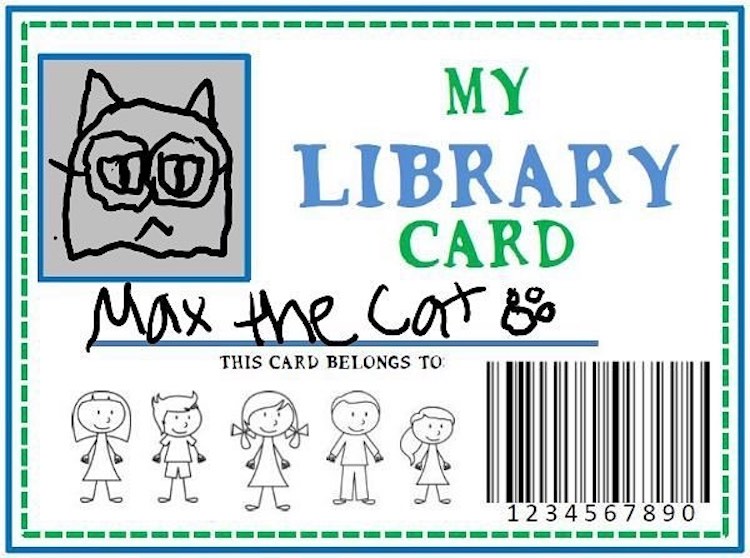 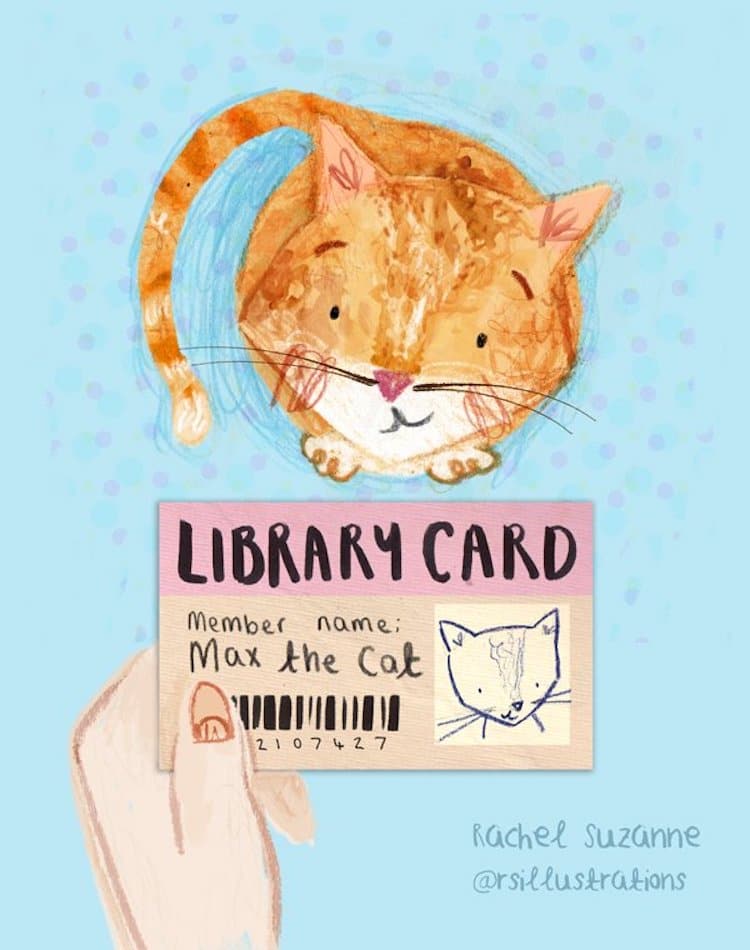 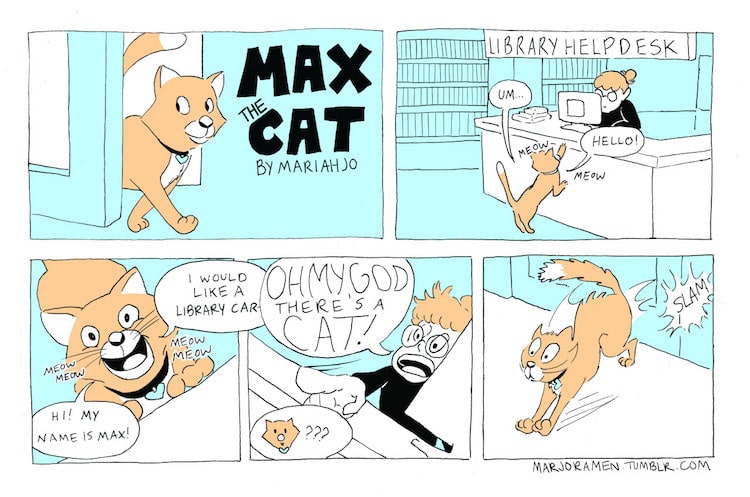 In the end, the library didn't budge, but Max enjoyed internet fame for a little while. 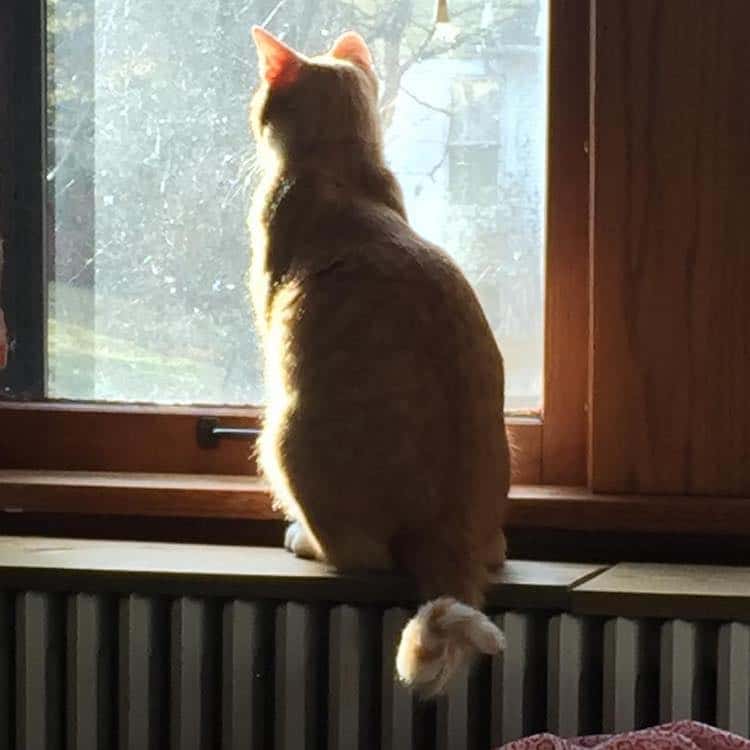 Unfortunately, there is now some construction on campus. Until it dies down, Max can only go outside with his human and this fashionable leash harness: 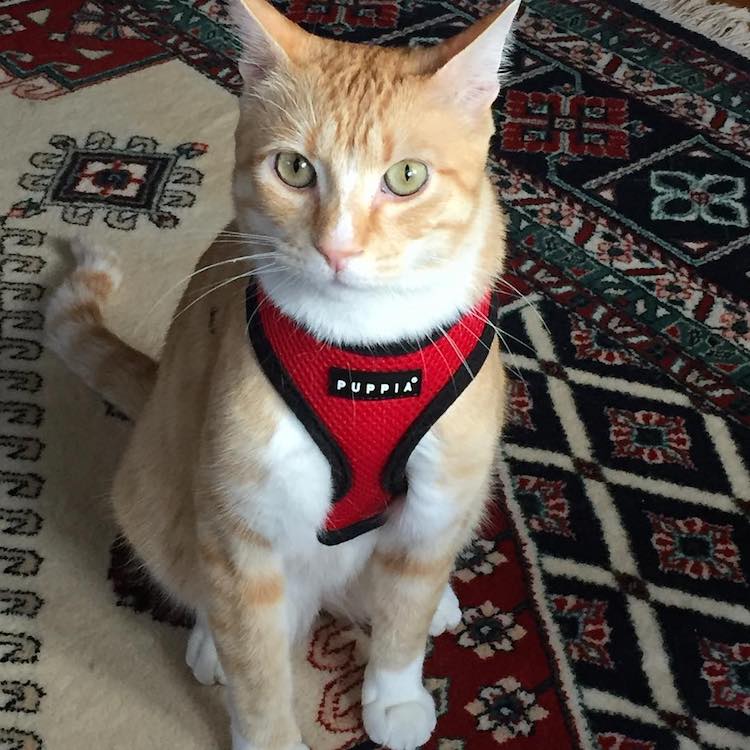 All images via Max the Cat unless otherwise stated.

Shared Table Where People Can Work and Cats Can Wander

Know a curious cat? Share
Like My Modern Met on Facebook
Get Our Weekly Newsletter
Become a
My Modern Met Member
As a member, you'll join us in our effort to support the arts.
Become a Member
Explore member benefits