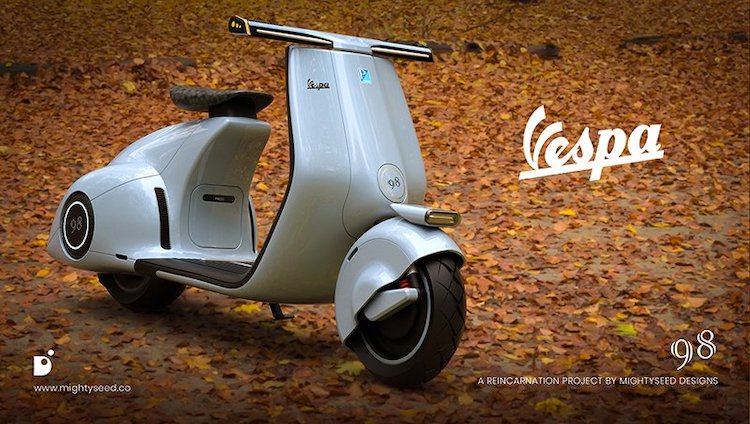 Indian industrial design firm Mightyseed has reimagined the classic Vespa scooter in a new, sleek concept. Since first being designed in the 1940s by Piaggio, the beloved scooter has become an icon of Italian design. With Vespa 98, Mightyseed retains touches of the past while upgrading the bike for today's riders.

By carefully studying the history of the Vespa's design, Mightyseed was able to bring their unique perspective to the bike while paying respect to the past. “The concept is much more like a modern incarnation with sleek styling cues with streamlining features,” the company explains. “In a nutshell, it looks like a modern scooter with a retro feel.”

A bold, new look is set off by the handlebars. Curved and extra-wide, they set the tone for the rest of the scooter. In keeping with tradition, the LED headlight is set into front mudguard, though this time it's more compact. Advances in technology mean that no rearview mirror is necessary. This modern Vespa uses a lidar system instead.

Turning to the rear of the scooter, the hub motor wheel has a sportier look than the original. When coupled with the sloping strip that forms the rear taillight, it's clear that the Vespa 98 concept stands on its own. Mightyseed has even designed with travelers in mind by creating a large space to stow items within the bike's belly.

To round things out, Mightyseed fitted the scooter with a 30 Ah lithium-ion battery pack. This makes their Vespa not only beautiful, but environmentally friendly. Though it's just a concept, the Vespa 98 shows the incredible design possibilities achieved by looking at the past while designing for the future.

This reimagined version of the classic Vespa has sleek, modern touches. 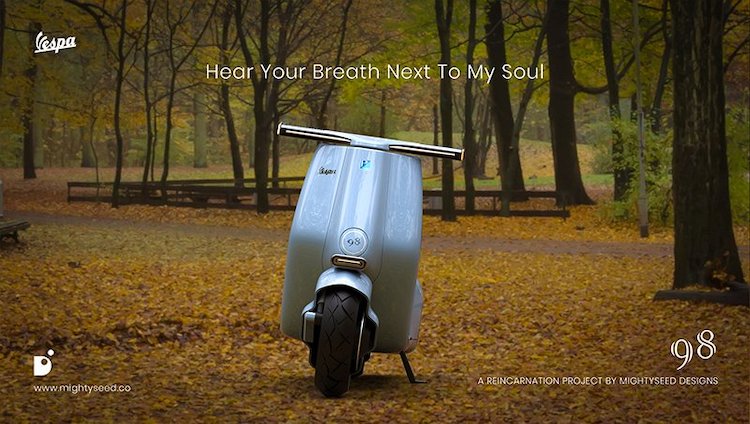 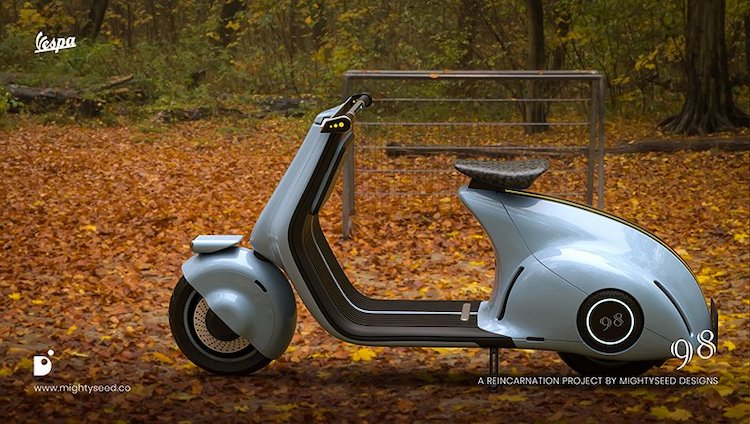 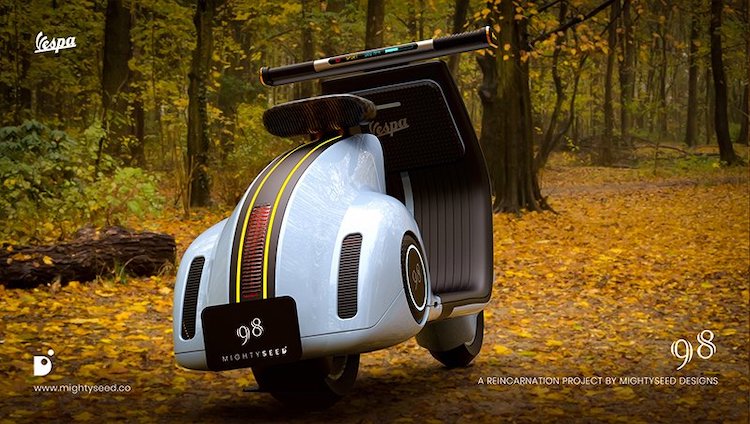 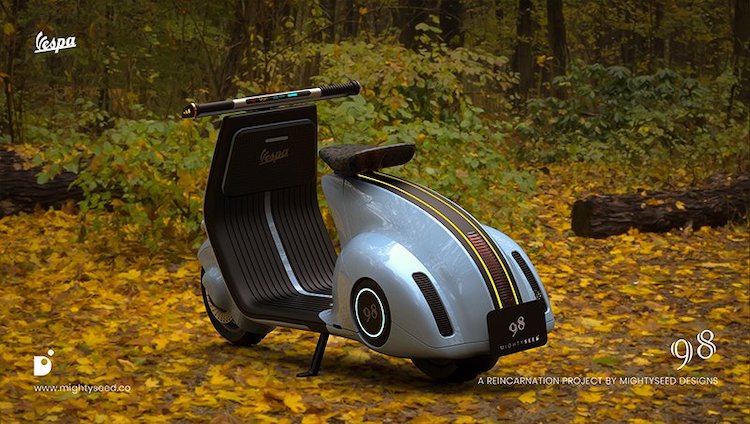