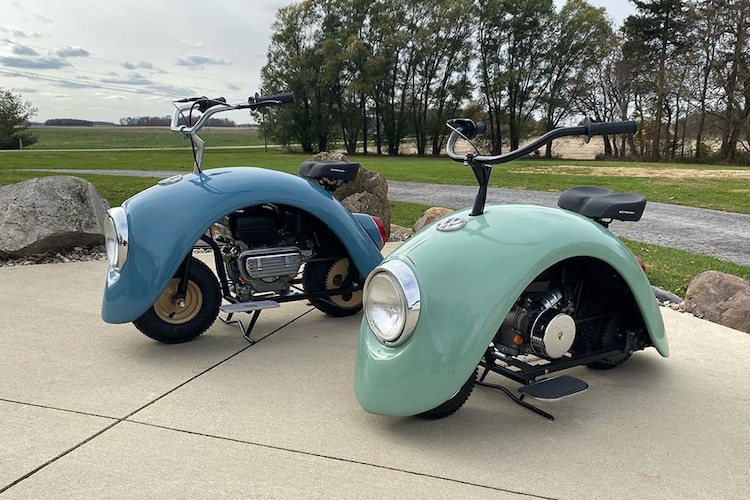 In one of the most creative examples of upcycling that we've seen in a while, designer Brent Walter has transformed an old Volkswagen Beetle into a whole new type of transport. Dubbed the Volkspod, this pair of minibikes plays with the iconic curves of the VW Bug thanks to the inventive use of the fenders. Too cute for words, it's delightful to see Walter zip around on these little scooters.

The Volkspods are fitted with an oversized headlight that makes them look a bit like a cyclops on wheels. Wide handlebars and a Schwinn seat give a bicycle vibe, while the VW logo emblazoned on the front of each minibike ensures you'll never forget their origins. The bikes have a 79cc engine and with their birch green and pastel blue paint jobs—the original colors of the VW Beetle—Walter reinforces their vintage vibe.

This is just the latest in a line of VW Bugs that have been transformed into something new. From RV hybrids to an electric car by Volkswagen, vintage Beetles are often given an overhaul. Given their iconic status, this shouldn't come as a surprise. From the time they began being produced in mass quantities at the end of World War II up until they went out of production in 2003, their bulbous design has been an inspiration. 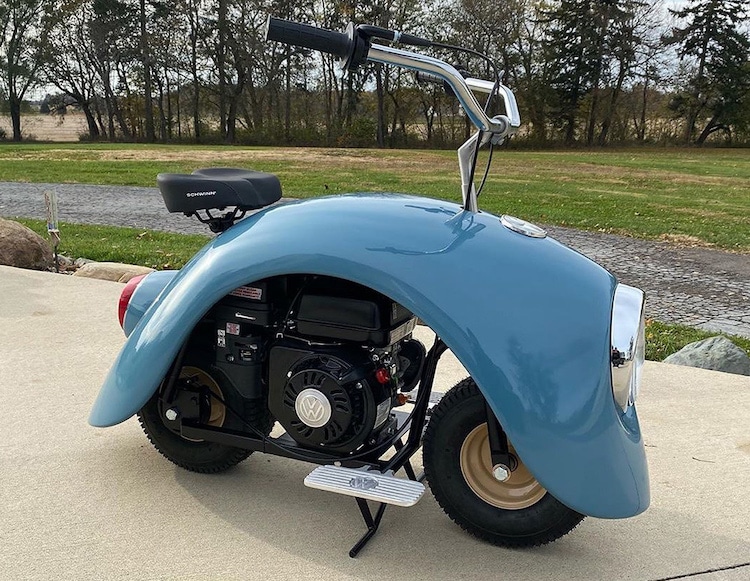 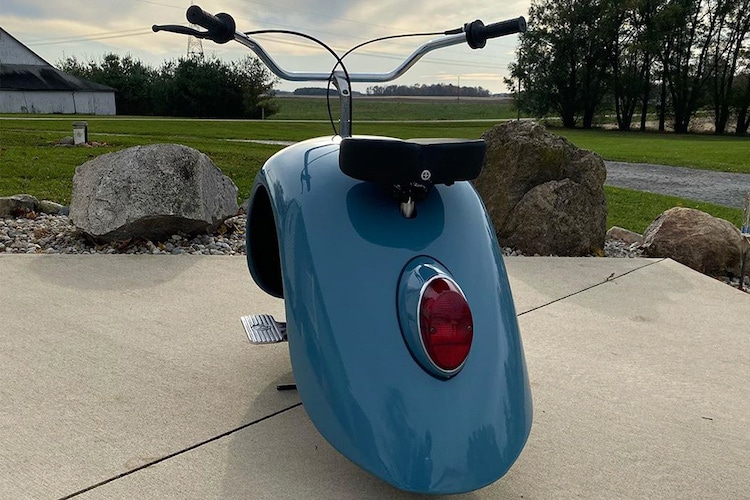 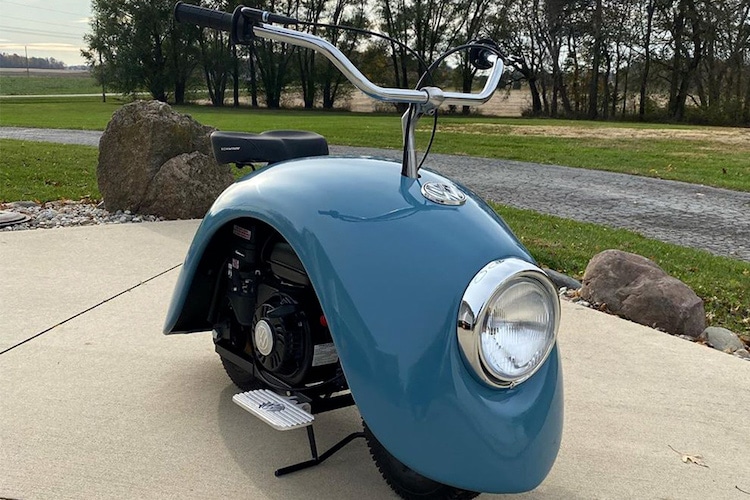 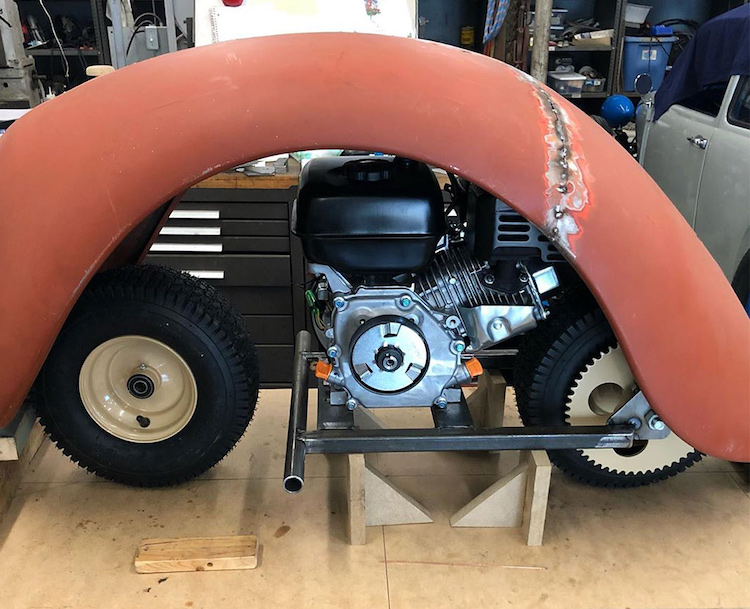 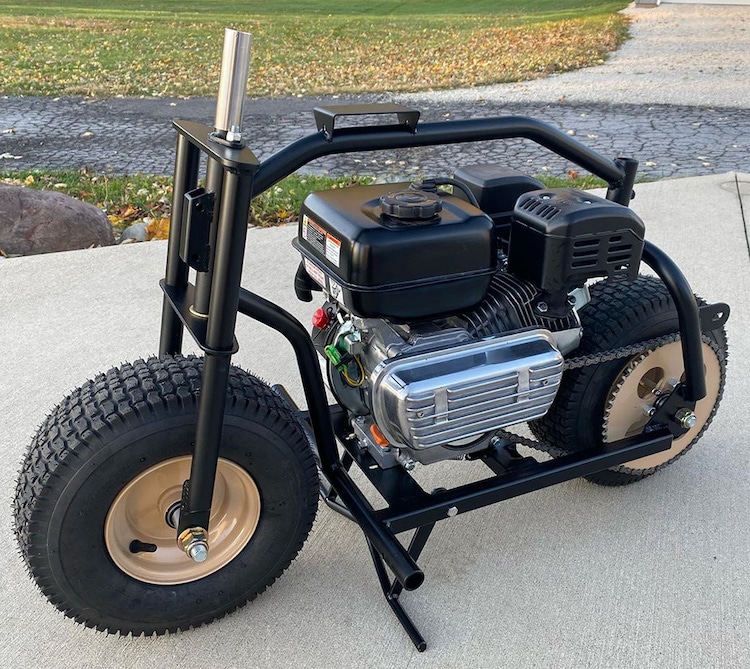 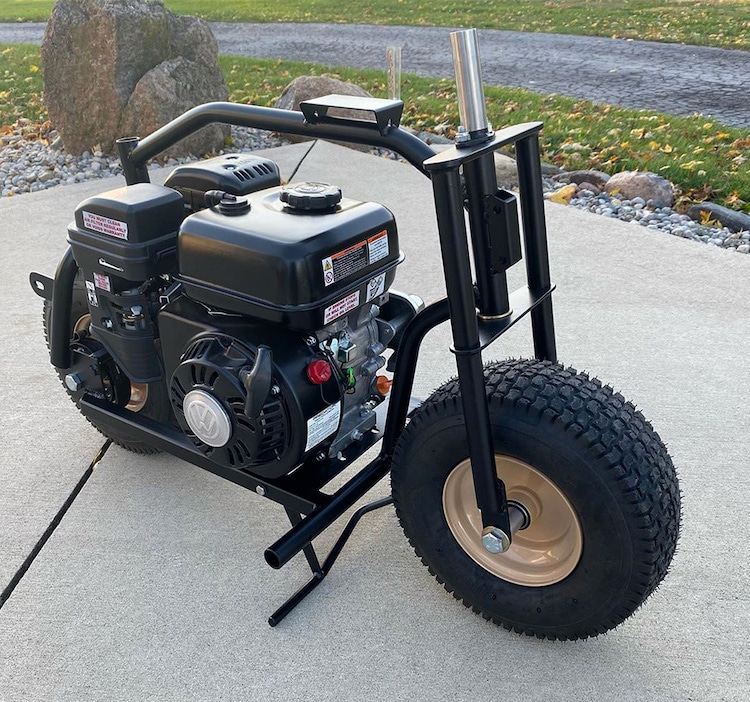 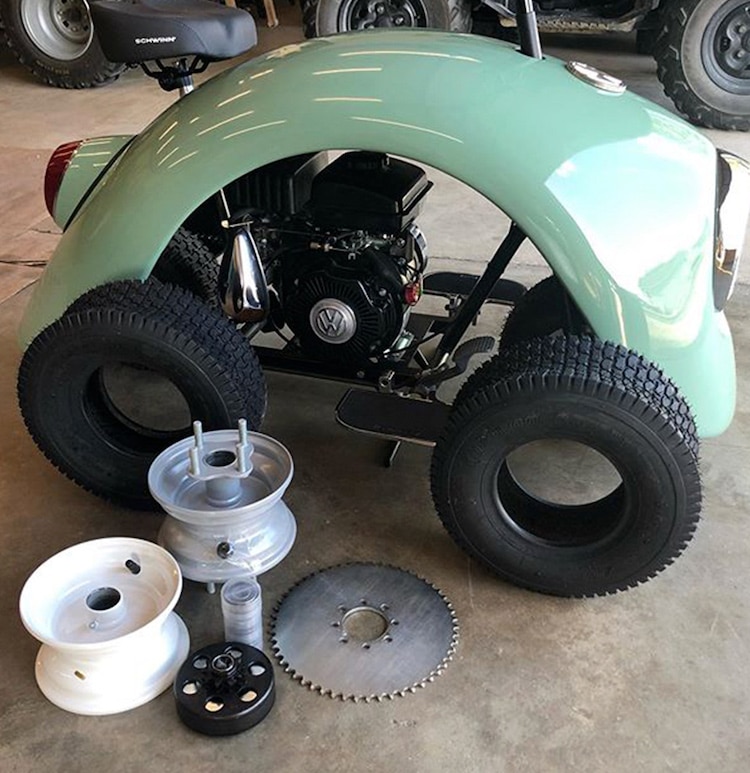 Watch the Volkspods fly down the street with ease.

Vintage VW Bus Revamped as ‘Back to the Future’ Time Machine