Gorgeous Architectural Drawings Hidden Behind Empty Silhouettes of Other Buildings 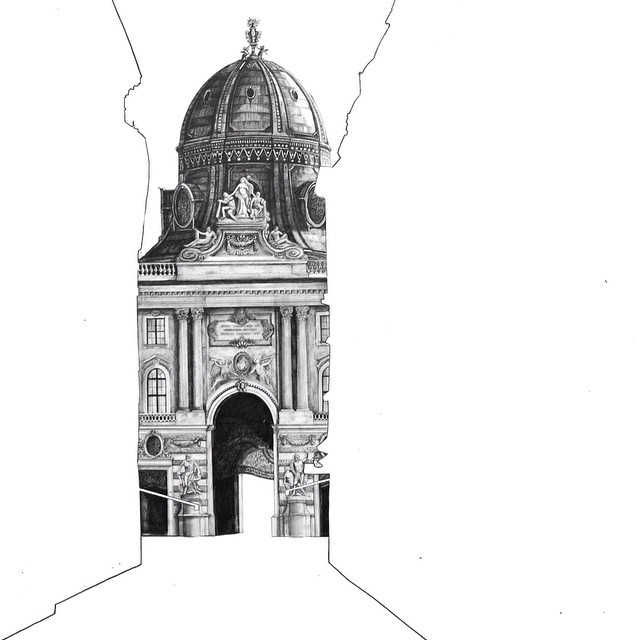 Scotland-based artist Minty Sainsbury meticulously draws buildings that are hidden behind the silhouettes of other structures. Each piece offers an incredible amount of gorgeous detail, and she depicts every brick, window, and decorative facade in a photorealistic style using pencil.

Despite spending so much time on these architectural features, Sainsbury obscures parts of her drawings with large, vague shapes. The angled lines are a stark contrast to her carefully-considered buildings, fracturing them and placing them in the background rather than front and center like we might expect.

By concealing these architectural beauties behind the faceless structures, Sainsbury references a visual experience that we’d have if we were walking on the city streets. Any building, no matter how opulent or impressive, is going to remain partially hidden by other environmental elements until you’re standing right in front of it. There’s a certain charm to this ritual – as you inch closer to the structure, more is revealed. Sainsbury’s clever drawings are a recognition of this phenomenon and demonstrated with a stunning artistic technique. 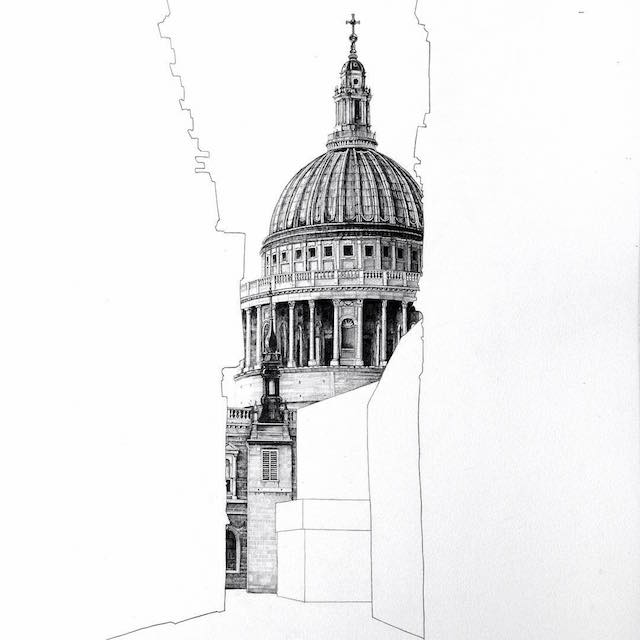 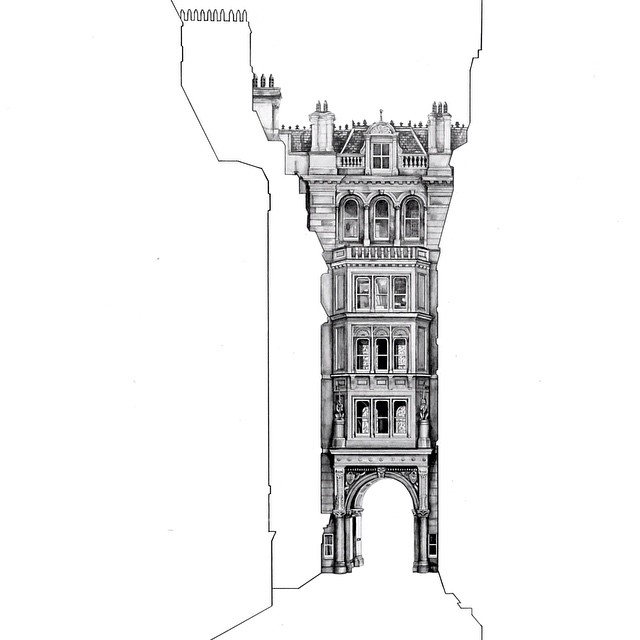 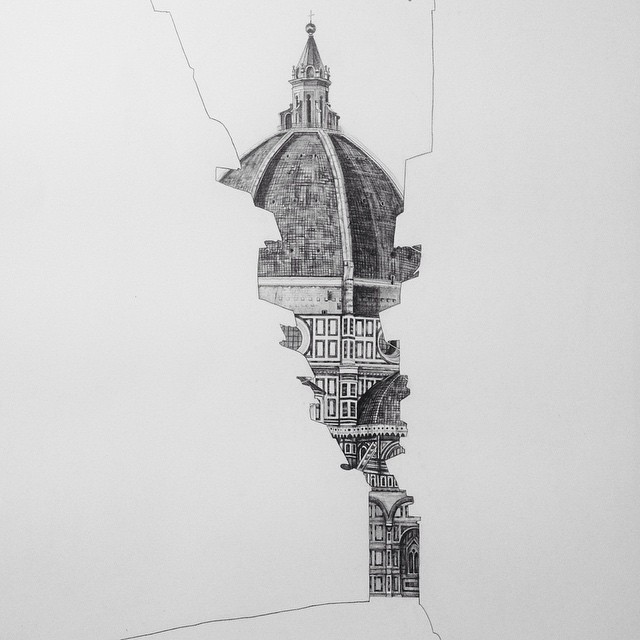 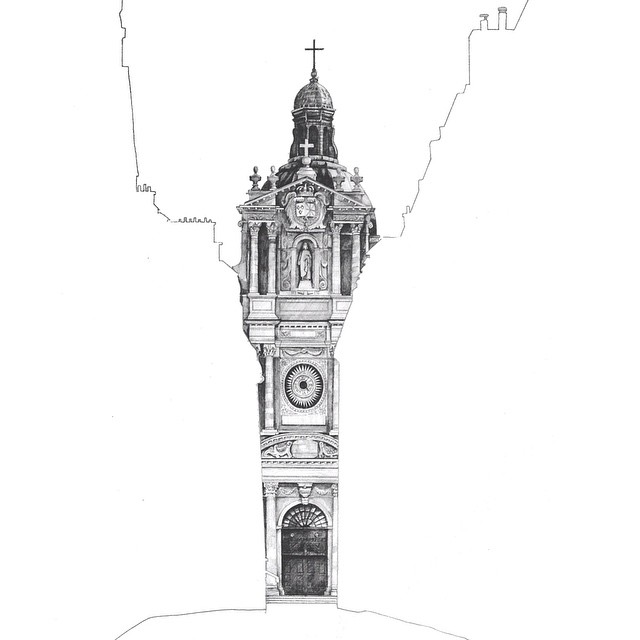 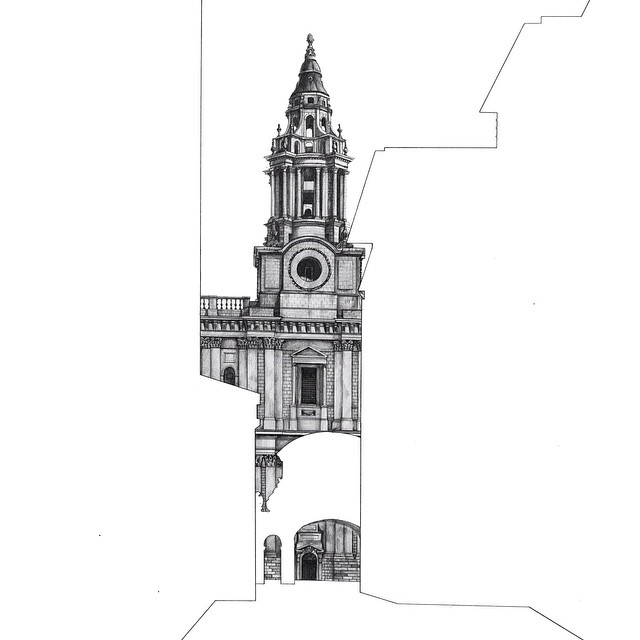 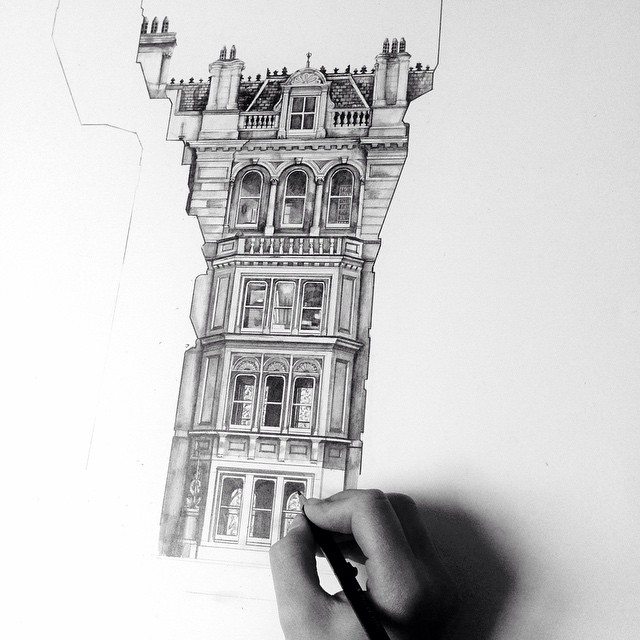