Remember the breakfast machine in Peewee's Big Adventure? Or perhaps “The Snoozatron” device in Wallace and Gromit? These wacky inventions—haphazardly built to perform simple tasks—aren’t just designed for movie sets. They’re real, and they're known as Rube Goldberg machines.

What is a Rube Goldberg Machine?

Named after American cartoonist Rube Goldberg, a Rube Goldberg machine is a hand-built contraption that uses a chain reaction to carry out a simple task. It performs a very basic job in a confusing and overly-complicated way, with many ridiculous and hilarious steps along the way. Usually, the machines comprise various devices that are linked to trigger one another until the final task is achieved.

Take Goldberg’s Self-Operating Napkin illustration from 1931, for example. The subject, named Professor Butts, wears an elaborate contraption on his head. As he lifts the soup spoon (A) to his mouth, he pulls a string (B), thereby jerking the ladle (C) which throws a cracker (D) past a toucan (E). The bird then jumps towards the cracker which tilts its perch (F). This triggers the seeds (G) to fall into the bucket (H). The weight of the seeds pulls a cord (I), which ignites a lighter (J), which sets off a rocket (K). This causes a hook (L) to cut string (M), which allows a pendulum with the napkin attached to move back and forth, finally wiping the chin of Professor Butts.

This might seem baffling to those who would rather simply pick up the napkin by hand, but Goldberg’s inventions were supposed to be silly. His satirical cartoons were a playful response to the rising Machine Age. “I suppose one or two among you will think that my inventions are a bit ahead of their time,” says Goldberg in Something for Nothing. “A shade fantastic perhaps. All right, go on and say it—down right screwy.”

Although Goldberg’s inventions were mostly fantasy, some of the cartoon machines became reality. They were built purely for the joy of watching them in action. Today, Goldberg’s work continues to inspire those with a love of engineering and a boundless imagination. There’s even an annual National Rube Goldberg Machine Contest at Purdue University in Indiana, where people showcase their goofy gizmos. Read on to discover five modern Rube Goldberg machines that carry out mundane tasks in ridiculous ways.

New York-based Joseph Herscher (of Joseph's Machines) built his first ever Rube Goldberg machine when he was five years old. His “Lolly Machine” wasn’t just a place to store his candy—it also made his parents laugh and sparked his interest in design. During his early twenties, Herscher built Creme that Egg, a three-minute-long obstacle course that spanned his entire apartment. The complex contraption had one purpose—to smash a chocolate egg with a hammer. Herscher posted a video of it in action online, and was surprised to find it accumulated millions of views. The positive response encouraged Herscher to make more, and today he’s a full-time “Useless Machine Builder.”

From a machine that slathers you in sunscreen to one that tucks you into bed, Herscher’s machines are both silly and genius. “People often ask, ‘Do you calculate the physics behind everything?,’” says Herscher. “No way,” he answers. “It would be impossible. There's too much chaos at this small scale. It's much faster to just grab a ball and see where it goes.”

One of Herscher’s most popular videos on YouTube is The Lunch Feeding Contraption. Created from his apartment in Brooklyn, the brilliant machine allows Herscher to enjoy a hands-free lunch. At one point, asparagus shoots from a bow directly into his mouth!

This Too Shall Pass by OK Go

Chicago band OK Go built an enormous Rube Goldberg machine for their 2010 music video, This Too Shall Pass. Over the course of several months, the band members worked with creative collective Syyn Labs to design and build the incredible “machine” inside a two-story Los Angeles warehouse. The chaotic installation features a falling piano, rolling globes, a full-size moving car, and ends by shooting paint at the band members from canons.

How To Write Bodoni Lower Case by Sooji Lee

Many of us take for granted the fact that we can type a letter on our computer keyboards in less than a second. We can type, retype, arrange, and print words and symbols in pretty much any typeface imaginable. For her Rube Goldberg machine-inspired project, Design Academy Eindhoven graduate Sooji Lee wondered what it would take for a human to reproduce type as a computer does. Her project, How To Write Bodoni Lower Case, sees an enormous, peddle-operated wooden machine produce the single letter “a” in the Bodoni typeface. Lee deconstructed the lowercases and found 26 elements from which all letters can be constructed. It took the patient artist around 74 steps, 43 presses of the pedal, and 30 minutes just to reproduce the letter. 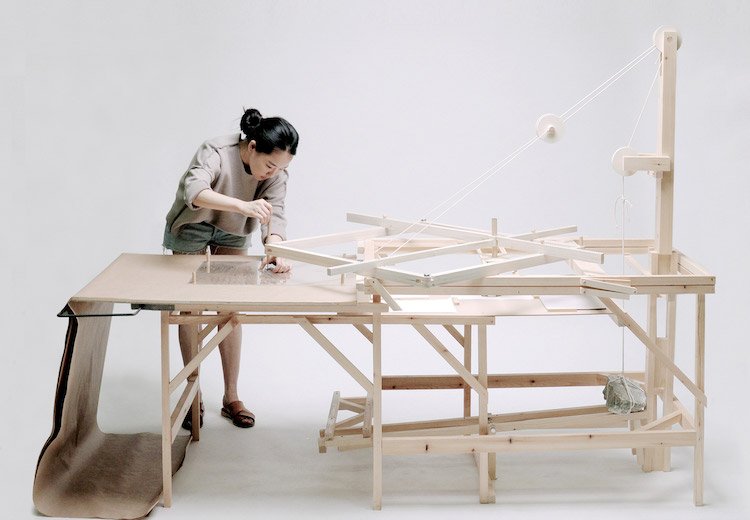 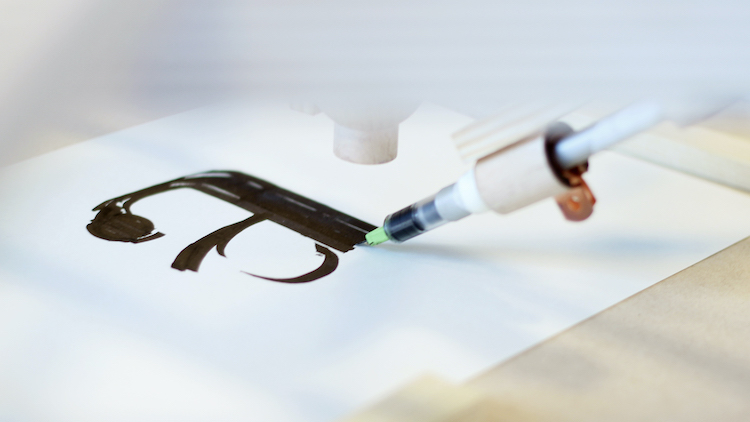 One of the most complex Rube Goldberg machines ever created, the Time Machine from 2011 shattered the Guinness World Record for the most steps ever successfully completed by such a contraption. In 244 steps, the impressive machine traces the history of the world, from the Big Bang to the Apocalypse, before finally accomplishing the simple task it was built for—to water a plant. The 17 university student team members spent 2,500 hours building the impressive machine. The winning design completed one flawless run in 1 minute and 50 seconds.

In a bid to switch on Riga’s Christmas tree lights in an exciting way, Latvian e-commerce company Scandiweb constructed the world’s Largest Rube Goldberg in 2016. Made from an intricate mix of marbles, appliances, and power tools, the machine needs 412 steps to complete its festive task. It starts in a room and stretches through hallways, before finishing outdoors, while a crowd of people watch in awe as the lights turn on.