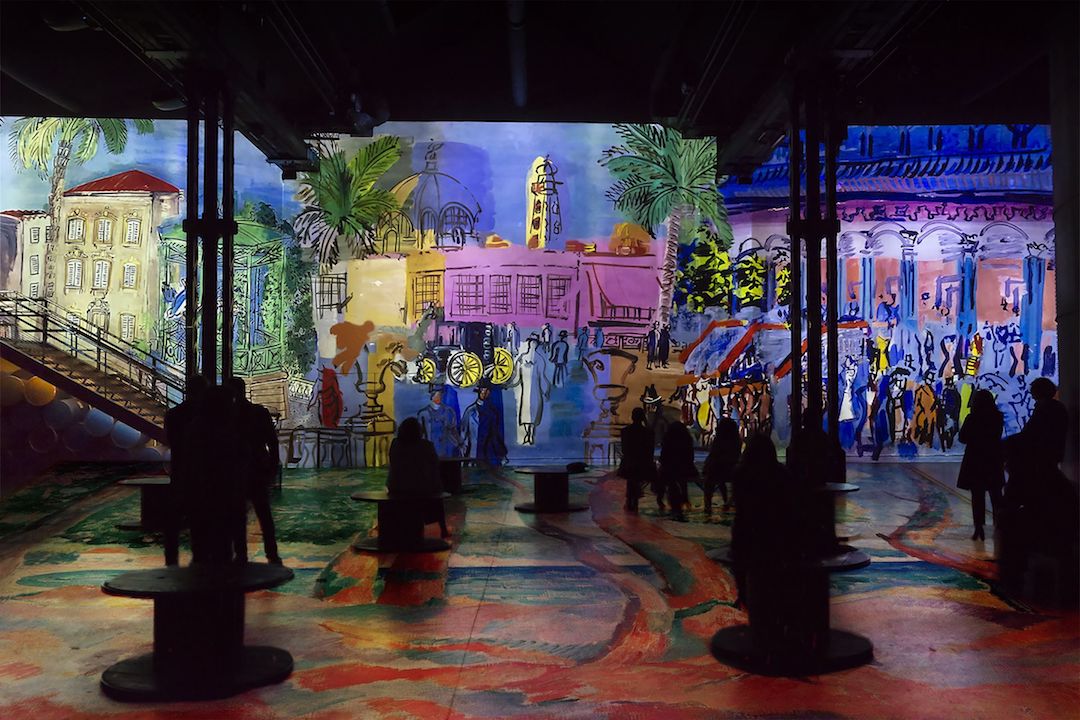 Set inside a former iron foundry in Paris, Atelier des Lumières was recently transformed, yet again. This time, Culturespaces’s digital art exhibition celebrates the work of 19th-century artists with a love of the Mediterranean. From Impressionists such as Renoir and Monet to pointillism masters such as Signac and Cross, visitors can immerse themselves in the vibrant colors of over 500 artworks from 20 artists.

The Monet, Renoir, and Chagall: Journeys Around the Mediterranean exhibition follows on from the previous Starry Night Atelier des Lumières showcase. The epic industrial space was transformed into a Vincent van Gogh wonderland, displaying his best work using 140 laser video projectors. The new exhibition continues to tell the story of how one artistic movement led to the next, also with dazzling digitized projections. “These artists saw Van Gogh as a genius of painting, who, after departing from Paris, used pure color as his principal means of expression,” says Culturespaces. “In the 1880s, the Mediterranean attracted many artists: abandoning Paris and the northern regions, they flocked to the southern shores, between Collioure and Saint-Tropez. It was at this point that they developed a new approach to the representation of light and color.”

The immersive, digital exhibition showcases the artistic personalities of 20 great artists, through their own interpretations of the seascapes and cityscapes of the Mediterranean. In seven sequences lasting forty minutes, visitors will experience a journey through the various styles of 19th century art, ending with one of the greatest colorists of the time—Chagall.

An additional, complementary exhibition at Atelier des Lumières highlights the work of 20th-century artist Yves Klein. “Brought up in Nice, Yves Klein loved the Mediterranean sky and was inspired by it to create his first work,” says Culturespaces. “He believed that ‘painting is COLOR’ and he sought to individualize, free, and magnify color in its purest form.” Yves Klein: Infinite Blue will immerse viewers in the artist’s famous blue-hued works, from his body prints to his Cosmogonies series.

The Monet, Renoir, and Chagall: Journeys Around the Mediterranean exhibition is currently on view through January 3, 2021. You can find out more about the spectacular showcase on Culturespaces’ website.

From Renoir to Chagall, Atelier des Lumières' latest digital exhibition showcases the work of 19th-century artists with a love of the Mediterranean. 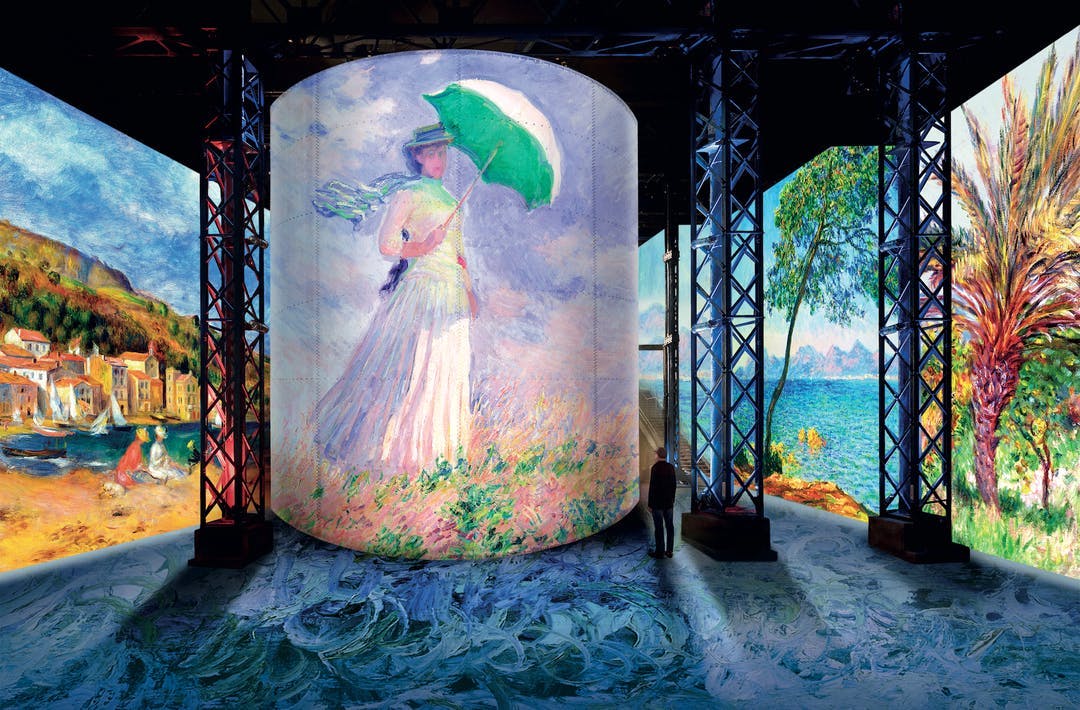 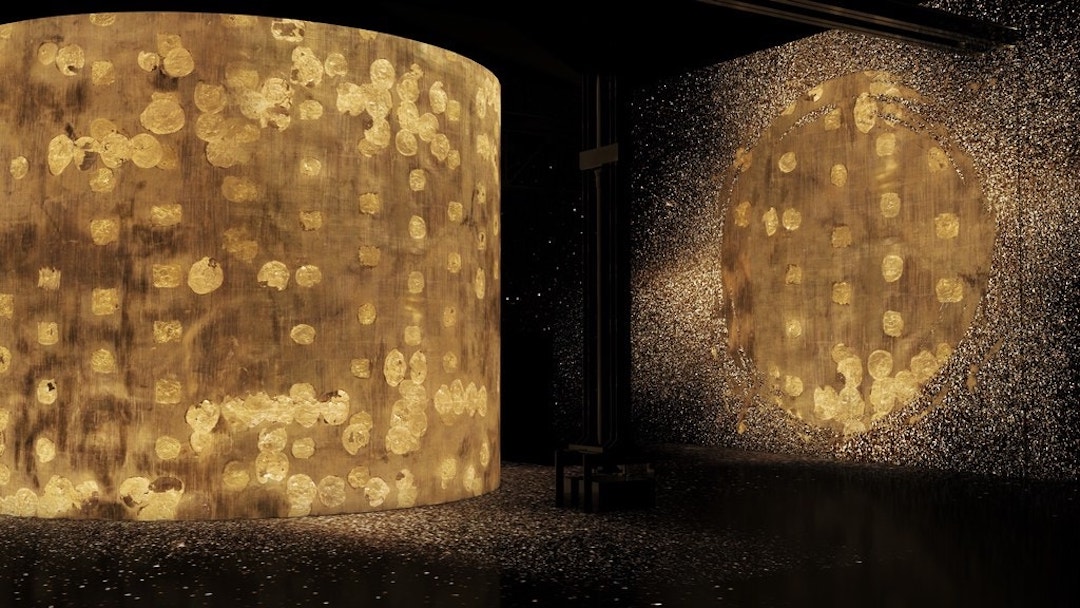 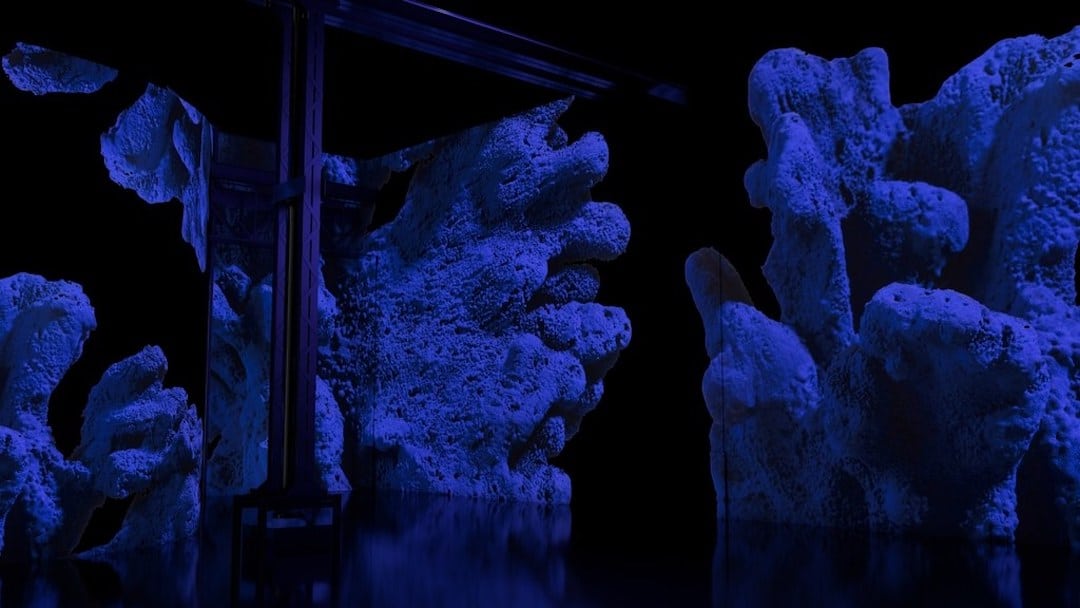 My Modern Met granted permission to feature photos by Culturespaces.