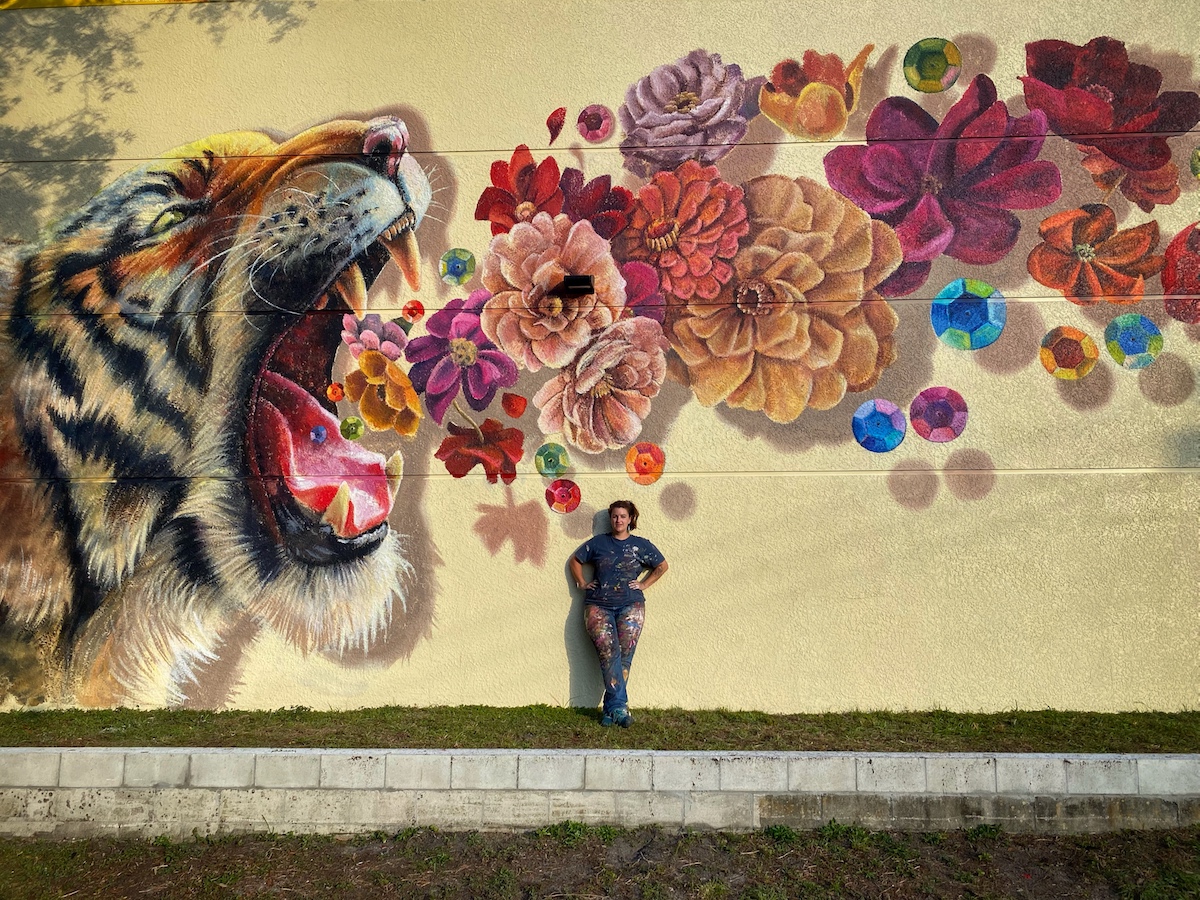 Mixed-media artist Naomi Haverland merges realistic portraiture with surrealist whimsy in her latest project. The Florida-based painter was commissioned by a business in Tampa to create a mural that would convey “diversity and empowerment.” After a few brainstorming sessions, Haverland proposed a magnificent tiger whose roar released a waterfall of flowers and sequins.

“I created the image of the tiger roaring flowers because I liked the idea of combining an image of something fierce and powerful with an image of something delicate and beautiful,” Haverland explains to My Modern Met. “I added the sequins to make it look like a hand-collaged creation. I like to use images of crafting materials—such as googly eyes, pipe cleaners, and sequins. That’s a reoccurring theme in my artwork.” Although the original concept of the mural was imagined for the interior of the store, Haverland changed plans when she spotted a large, empty wall space outside the building through Google Maps.

“When I arrived to do the mural and saw the wall in person, I was struck by just how large the wall was,” she continues. “I had to climb high on an extension ladder and create inventions, like a paintbrush on the end of  a stick in order to get the paint high enough.” Despite the challenges, Haverland was encouraged by members of the neighborhood, who would stop by the mural as she worked to view its progress.

Scroll down to see more images of Haverland's mural, and follow the artist on Instagram to keep up to date with her latest creations. 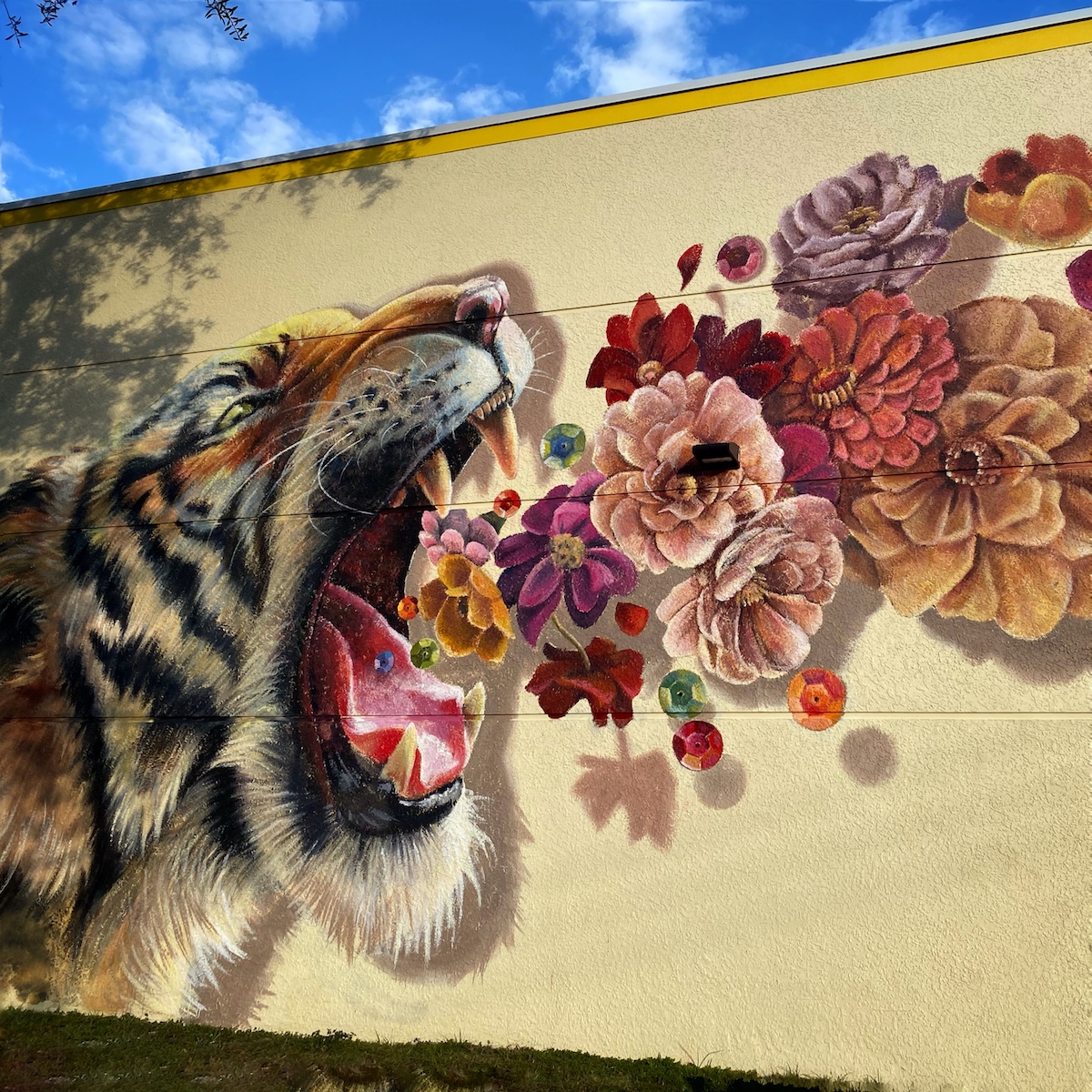 She painted a tiger roaring a bouquet of flowers and gems, which is meant to convey empowerment and diversity. 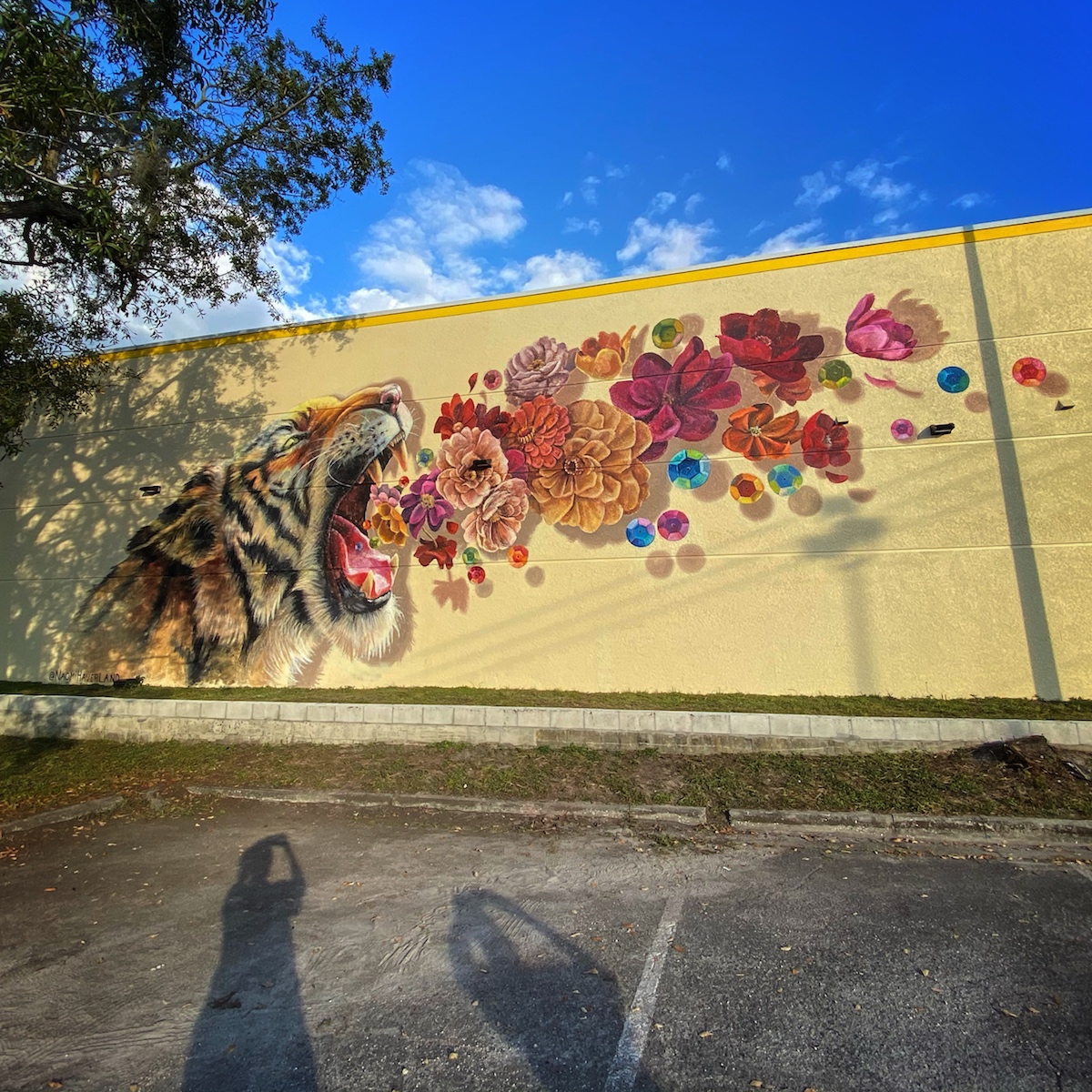 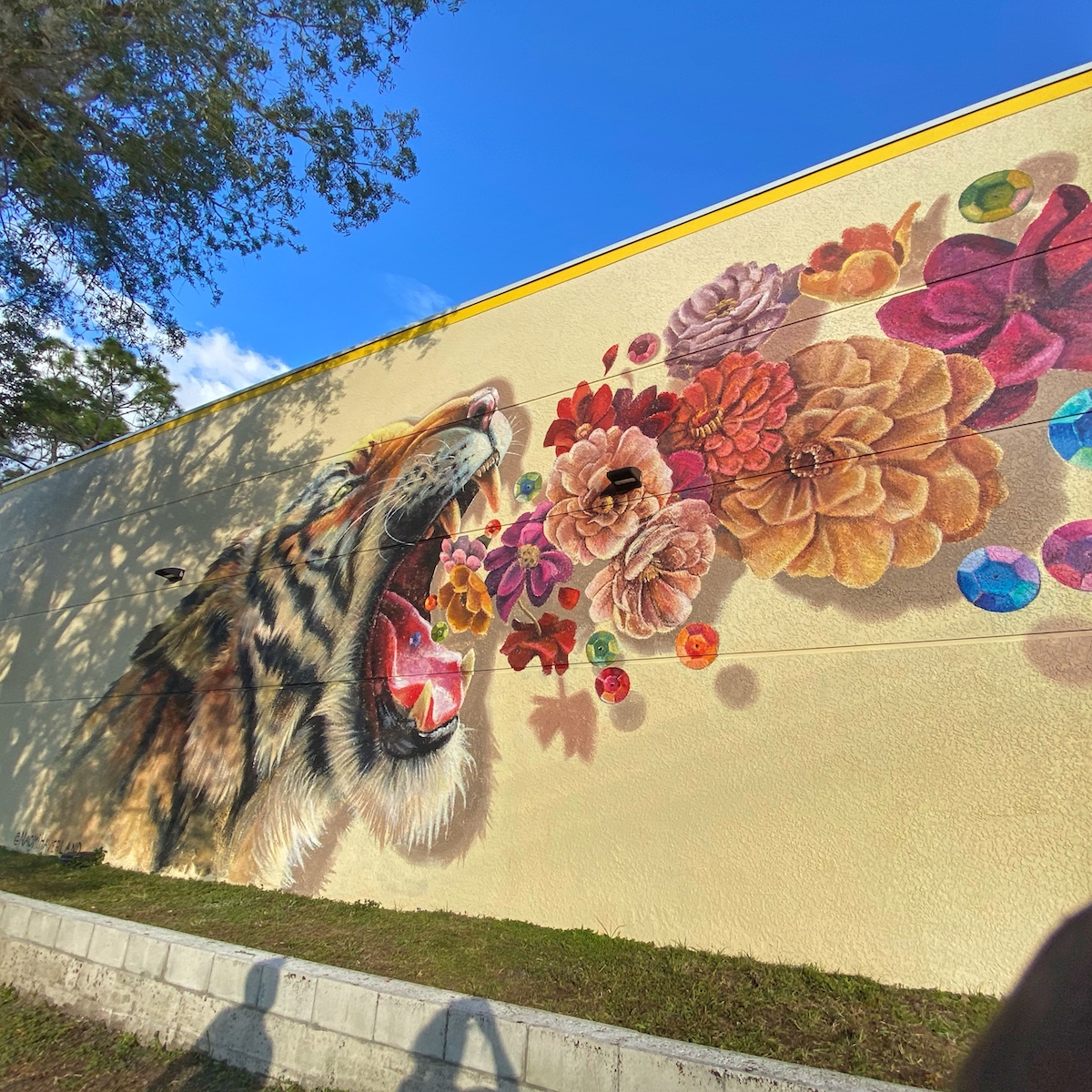 What an amazing mural! Share
Like My Modern Met on Facebook
Get Our Weekly Newsletter
Become a
My Modern Met Member
As a member, you'll join us in our effort to support the arts.
Become a Member
Explore member benefits