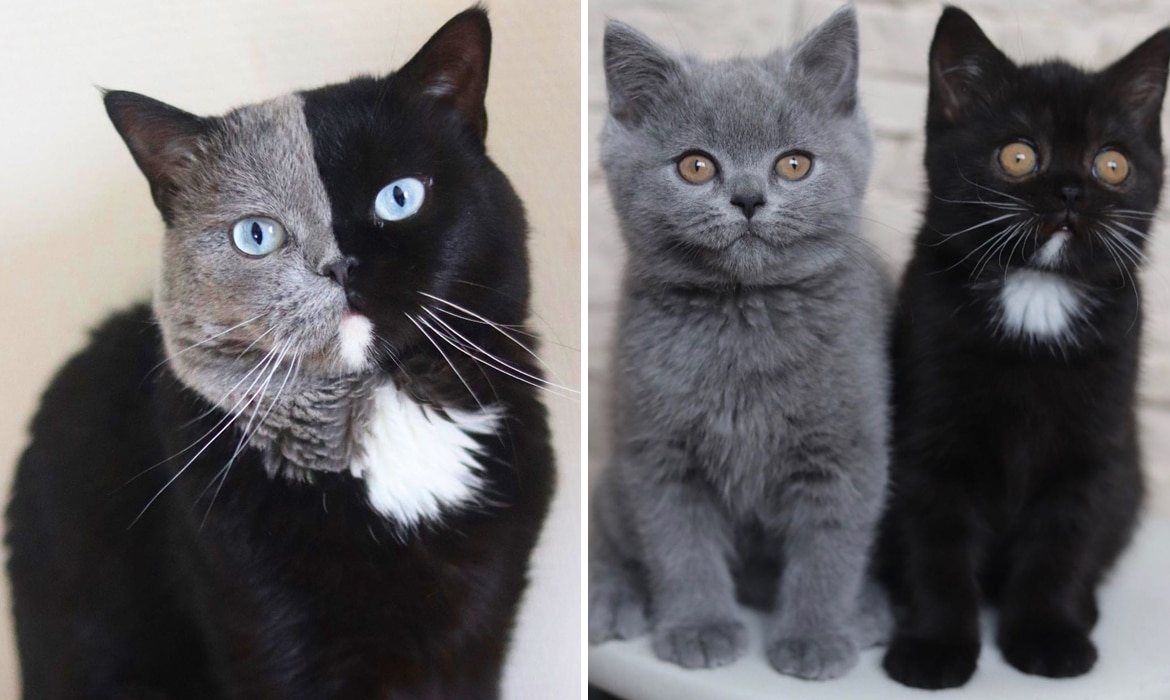 A cat named Narnia has a unique coloring that has made the internet take notice of his dashing good looks. The kitty is “two faced,” with one side of his noggin gray and the other side black, split evenly on either side of his head. Thanks to his popular Instagram account run by his human Stephanie Jiminez, the world has been able to follow along with Narnia’s life.

Despite being the center of attention for years, Narnia's attention turned to a couple of kittens he fathered in the spring of 2019. Though the kitties don't share their father's two-toned face, each adorable offspring contains one of the colors found on Narnia's face. “My children have each taken a part of me,” Jiminez wrote as Narina on Instagram. One adorable floof is all gray while the other is all black, save for the tuft of white hair on its chest. Jiminez captured a picture of the two sitting together in the order of coloration of Narnia’s face—on the left we see gray and on the right we see black.

Jiminez runs the Chatterie de la Grace, which is a small family breeder of British longhair and shorthair kitties, so Narnia’s offspring have since gone to live with other families. Scroll down to see more from Narnia and follow him on Instagram to admire his antics from your feed.

Narnia is a “two-faced” cat with half of his coloring gray and the other half black. 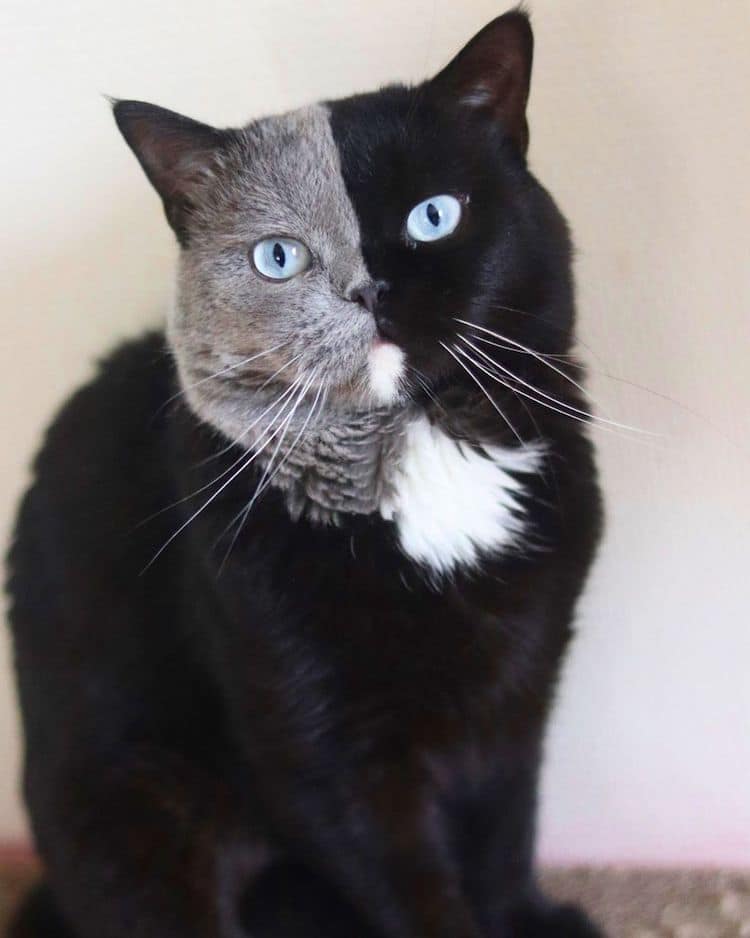 The world has followed Narnia's life thanks to his human, Stephanie Jiminez. 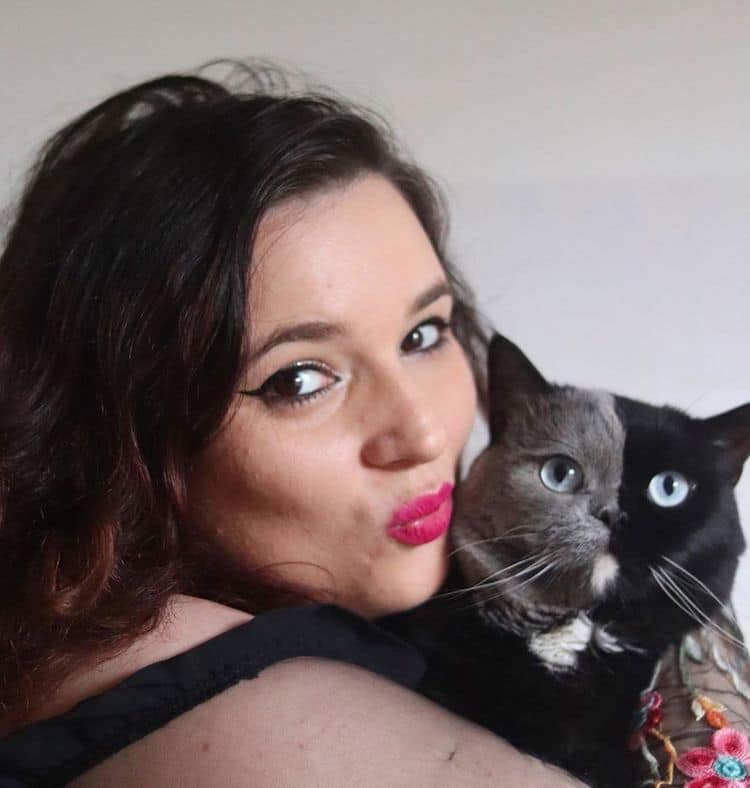 In the spring of 2019, Narnia fathered two kittens—each one has one half of his coloring. 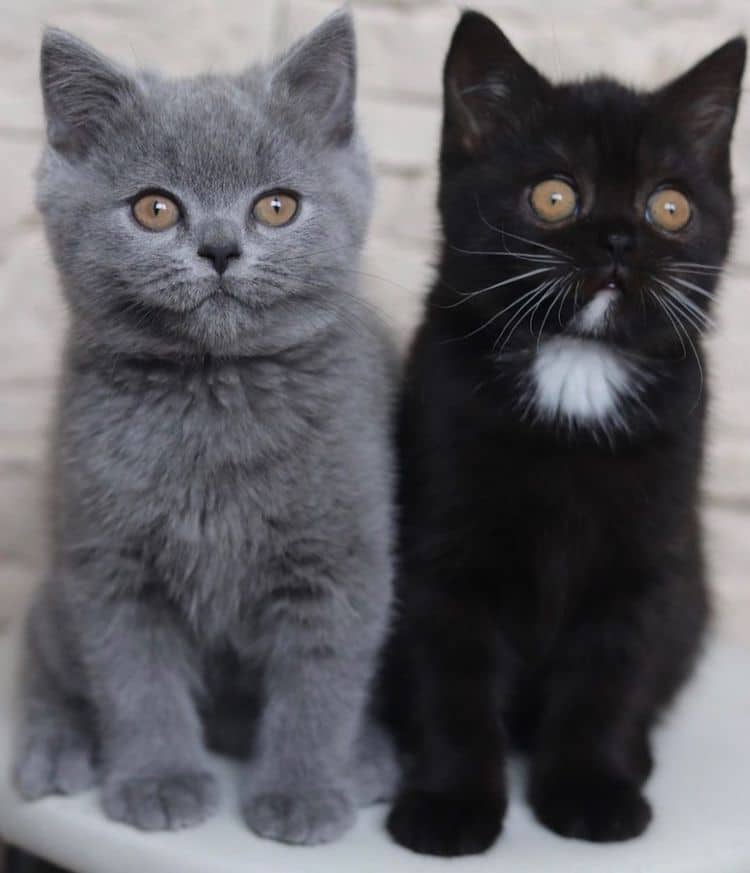 “My children have each taken a part of me,” Narnia says (via his human). 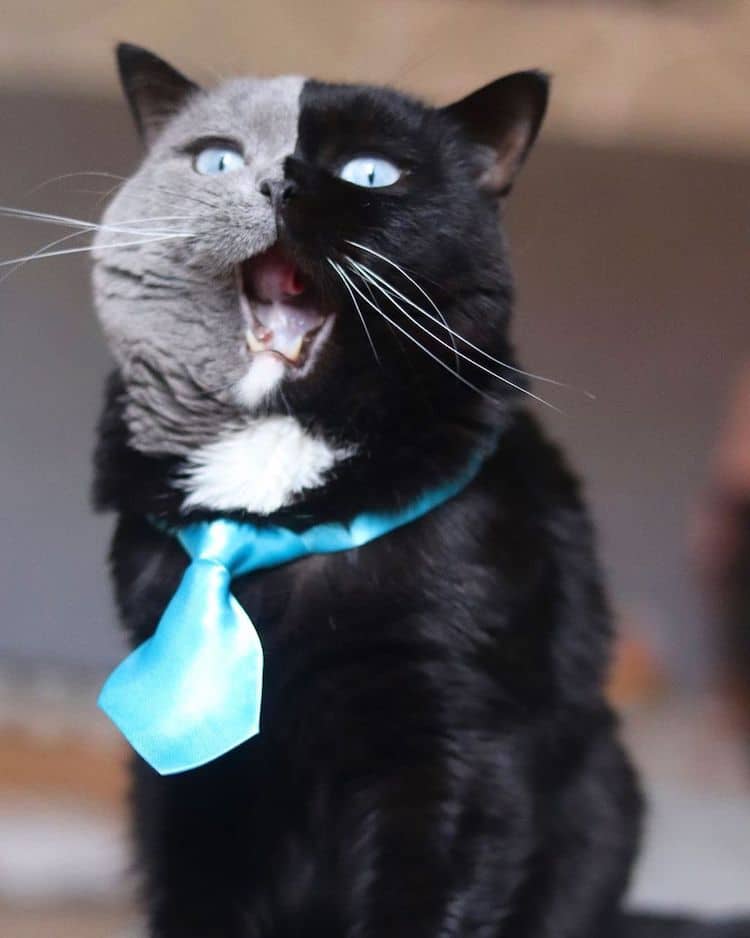 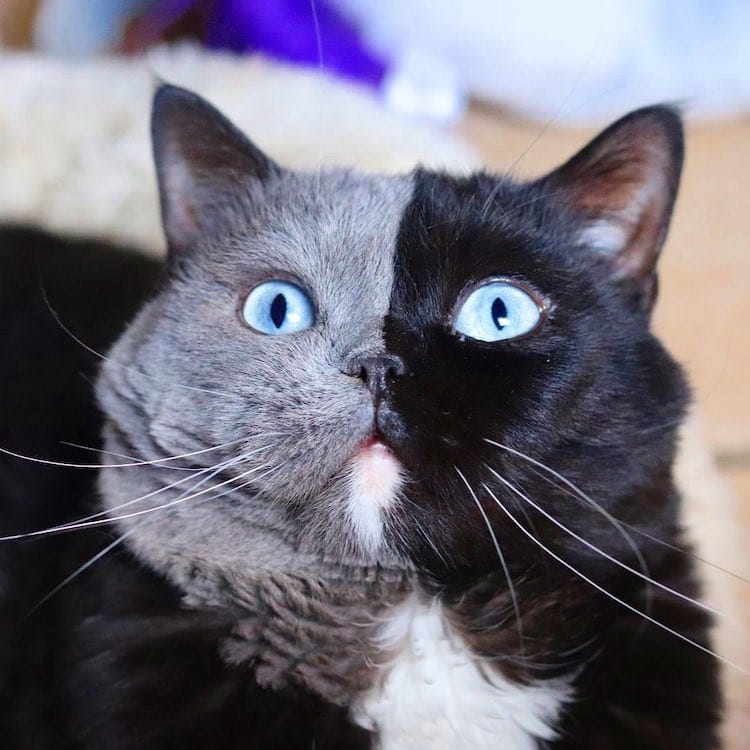 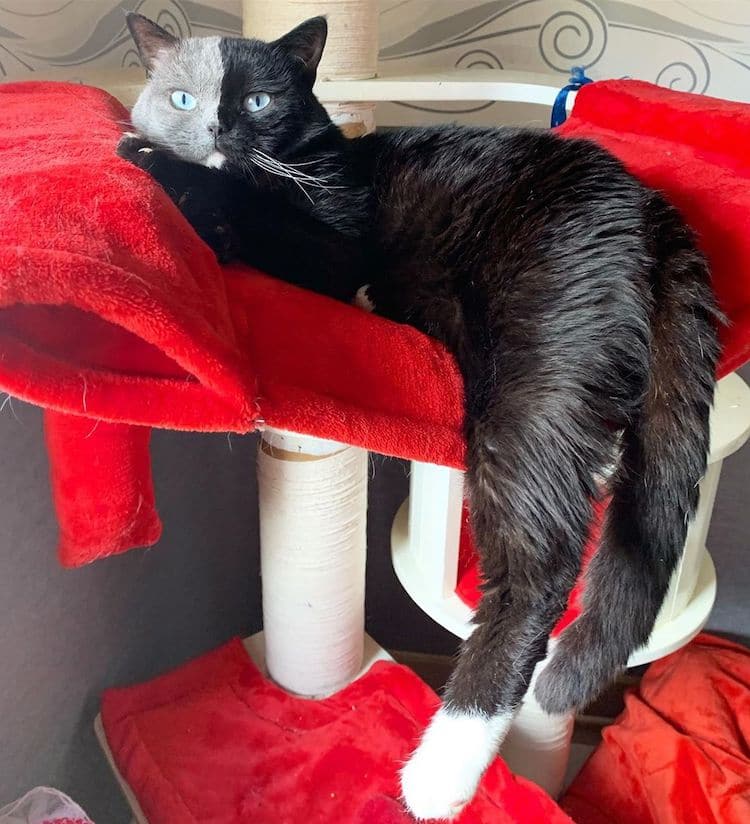 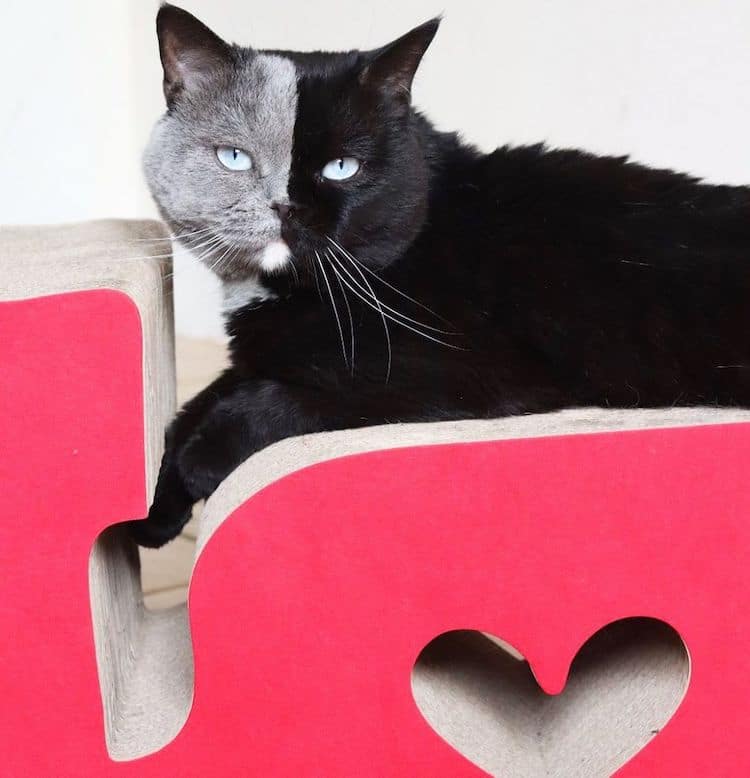 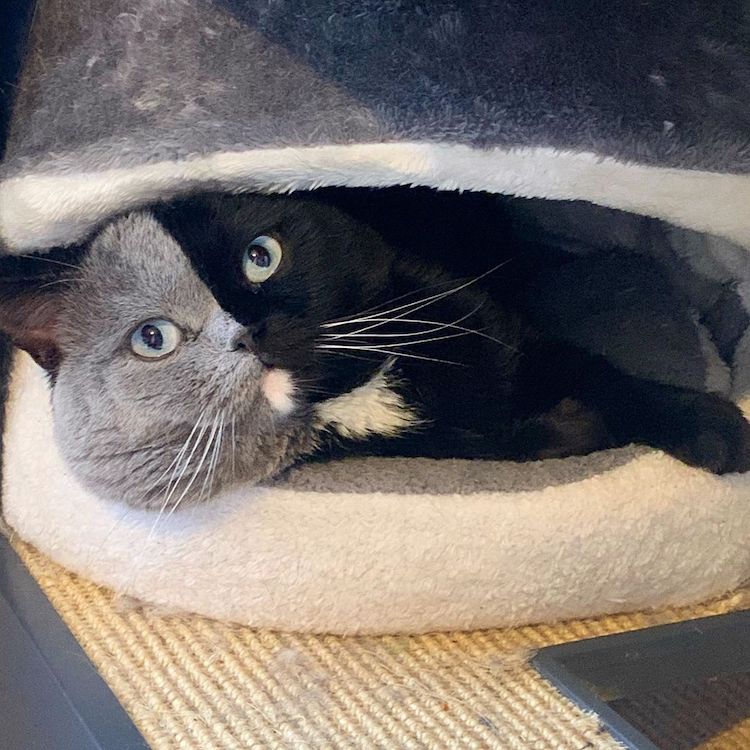 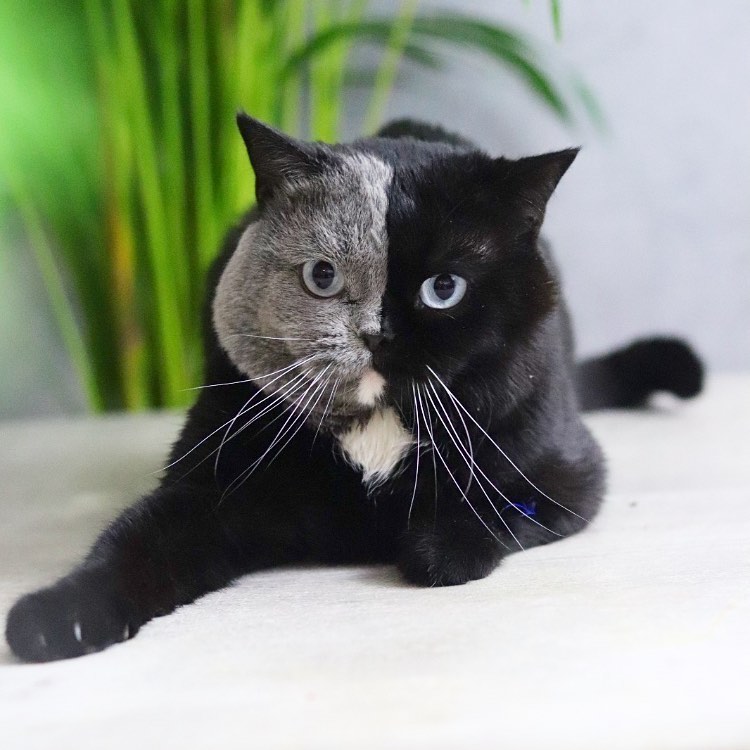