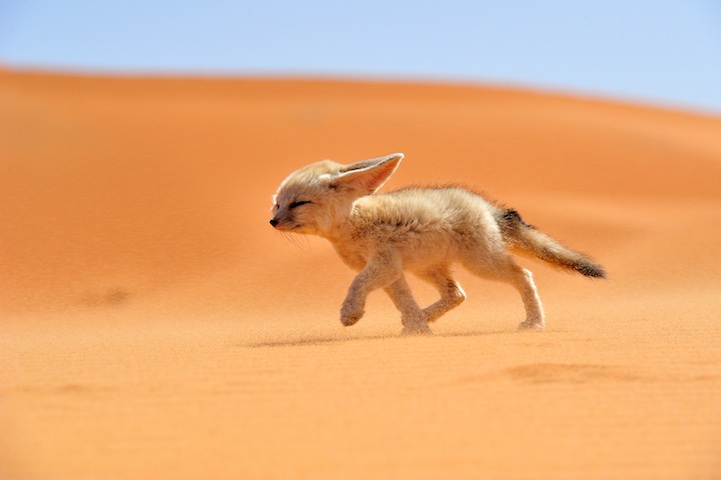 You now have less than a week to enter the ultimate photo contest! To date, we've shown you both some nature standouts as well as some stellar animal entries in the National Geographic Traveler Photo Contest. If you think you've got what it takes, you have until June 30th to enter and win a once-in-a-lifetime trip to the Galpagos Islands. It's a 10-day expedition for two! (Just imagine the incredible shots you could take there.)

There's an entry fee of $15 per submission. Just go to this page and set up an account. Then, separate your photos out into any of these four categories: Travel Portraits, Outdoor Scenes, Sense of Place and Spontaneous Moments. Finally, upload your photos right there and you're done!

Our partners over at National Geographic just shared with us a gallery of the editor's favorite pictures. From those, here are our top 10. Don't they make you want to hop on a plane and go…somewhere?

Above: Fnec The Soul of The Desert
The fennec, or desert fox is a canine mammal species of the genus Vulpes, which inhabits the Sahara Desert and Arabia. With its features ears, this is the smallest species of the family Canidae. It is endangered and its main threat is illegal in other countries.
Photo and caption by Francisco Mingorance/National Geographic Traveler Photo Contest 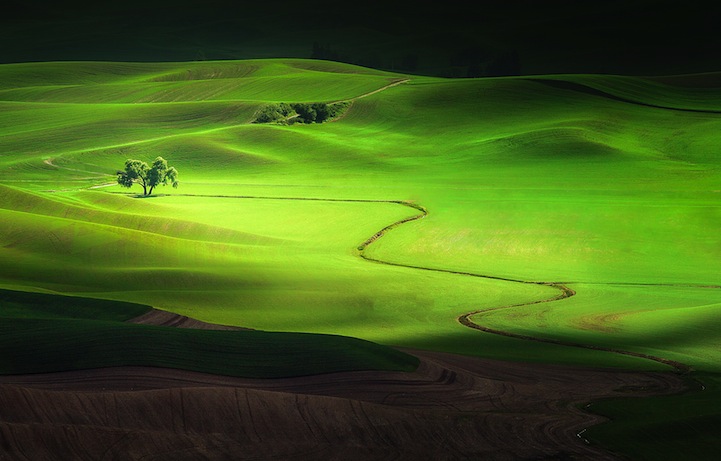 Shadows and Light
A lone tree in the Palouse region of Washington glows brilliantly in the sunlight as clouds pass by, isolating it in a band of light. Undulating hills provide depth to the lit scene, captured during the brief growing season where the wheat is a rich shade of green.
Photo and caption by Jesse Summers/National Geographic Traveler Photo Contest 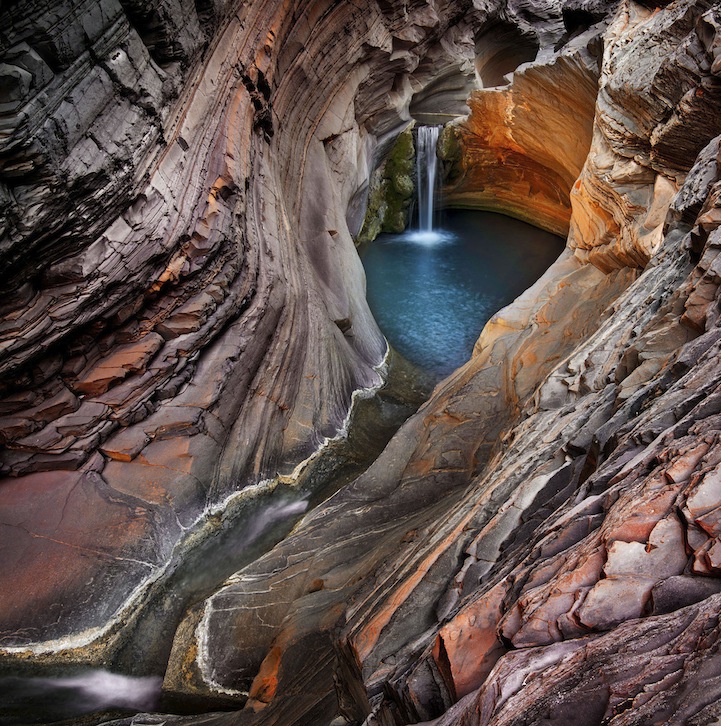 Hamersley Gorge
Karijini National Park in WA is one of the largest and most photogenic national parks in Australia. The park is famous for its sheer gorges, waterfalls, sparkling rock pools and cool swimming holes. Karijini is about 275km south of Port Hedland and 100km east of Tom or Paraburdoo. The park is all about exploring serpentine tunnels of marbled rock, clambering over boulders, squeezing through narrow tunnels, inching your way along ledges, paddling through subterranean waterways and descending deep into chasms which have been eroded into the landscape over two billion years.
Photo and caption by Ignacio Palacios/National Geographic Traveler Photo Contest 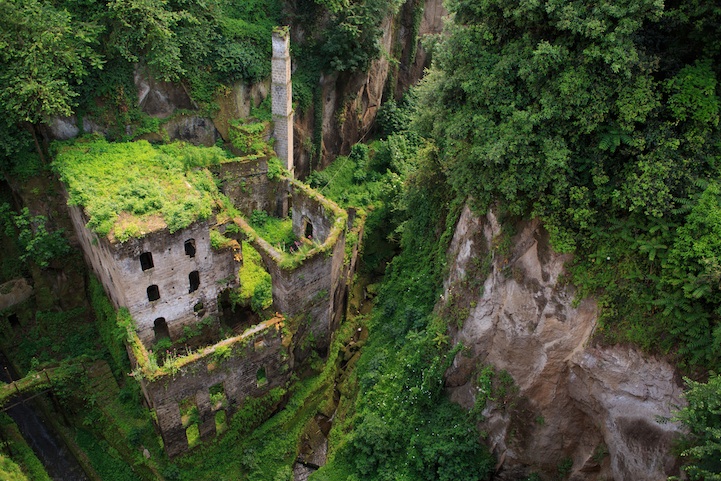 Hidden in Plain Sight
During my visit to the Amalfi Coast in Italy I ventured for a day to Sorrento. This gorgeous island had an amazing coastline that I stuck to for the day. Because of a mix-up with ferry dock numbers I missed my ferry and had to wait two hours for the next one. I decided I would head back to town and went down a street I had passed a few times that day. The ground opened up, almost out of nowhere, where this absolute beauty, apparently “Valle dei Mulini”, was which I gazed at and shot for almost the entire period before I left for my next boat. Taken with my Canon 5D Mark III and 24-70mm.
Photo and caption by Keiren Macdonald /National Geographic Traveler Photo Contest 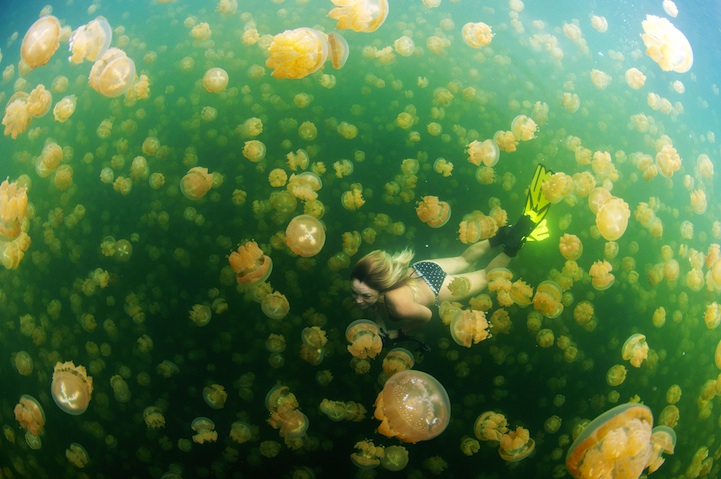 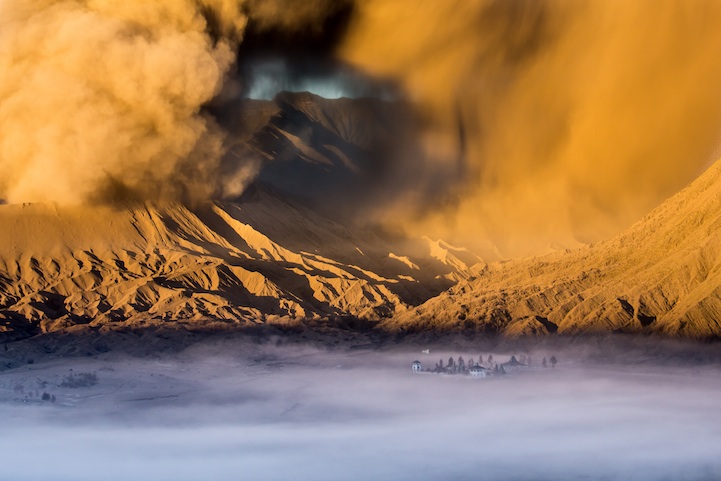 Temple At The Foot of Mount Bromo
At the foot of the active Volcano Bromo on the Island of Java lies the Hindu Temple Pura Luhur Poten which is often immersed in a soft mist at dusk. On this day Mount Bromo showed unusually strong activity, which lead to a exceptionally high and dense dust cloud.
Photo and caption by Tim Jenka/National Geographic Traveler Photo Contest 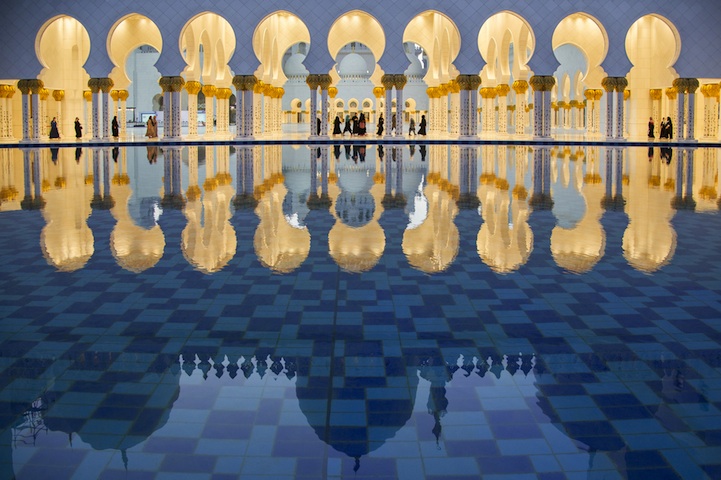 SHEIKH ZAYED MOSQUE
A reflection of the Sheikh Zayed Grand Mosque in the basin of the fountain opposite the mosque where the main dome of the mosque appears.
Photo and caption by Dhafer Al shehri/National Geographic Traveler Photo Contest 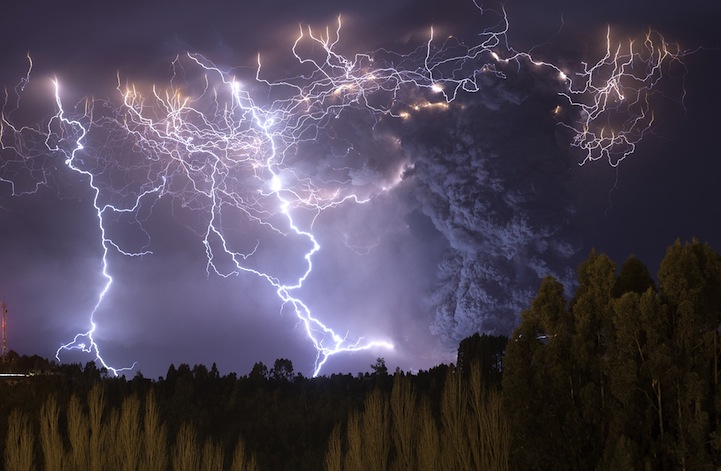 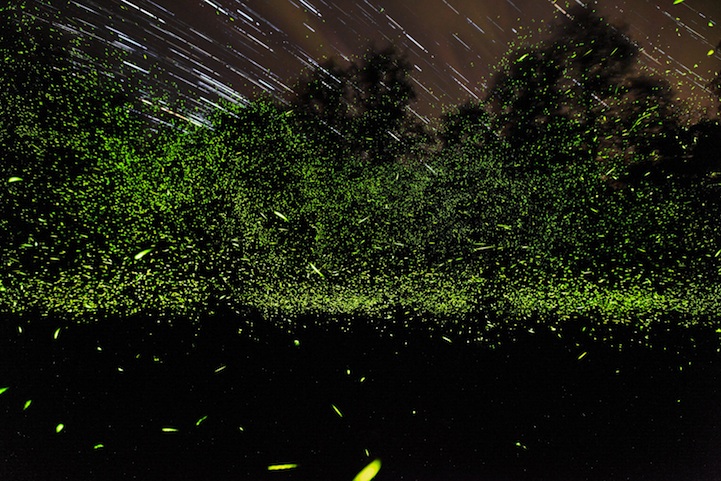 Light Dancers
Great Smoky Mountains is known for its Synchronous Fireflies during each early summer. This year, I spent 3 consecutive nights in early June staying in mountain area trying to capture this phenomenon. I was so lucky to witness a spectacular light show on an actual rainstorm night. I left my camera there for an 1.5 hour exposure. There were tens of thousands of fireflies dancing around using their light to paint the scene in front of me and I was the only audience of their light show. They are amazing artists of Mother Nature.
Photo and caption by Cheng Niu/National Geographic Traveler Photo Contest 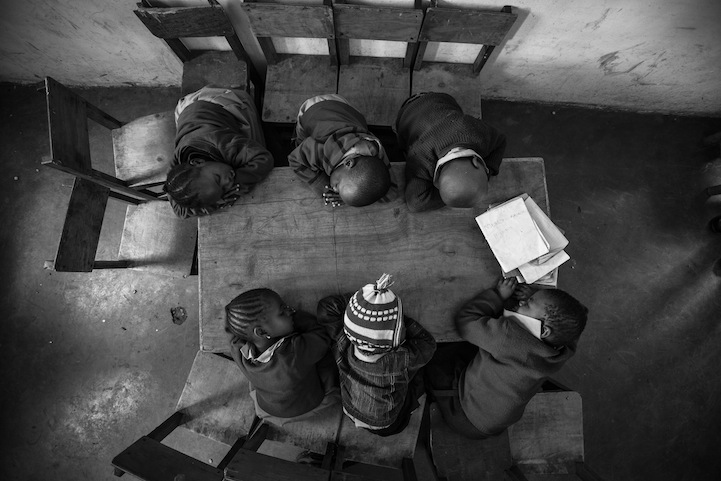 Sleepy heads
I went to Nairobi to shoot a film for an NGO. During our shoot at a school in Mathare slum, I took shelter from the heat and chaos in a school, and stumbled upon these sleepy heads. I put my camera on my monopod- self timer mode and held it up high.
Photo and caption by Joe Saade /National Geographic Traveler Photo Contest