How Artists Use Negative Space to Say a Lot with Nothing

There’s never a positive without a negative, and the same can be said in art. Positive space and negative space work together to achieve balance in a composition. Without them, a work might overwhelm the eye or not activate the layout at all (how dull!). To ensure that a drawing or painting is in equilibrium, you must always remember to plan the areas of negative space as much as you do the active space.

What is negative space?

Negative space is a fundamental of art—you’ve undoubtedly seen it before, even if you didn’t know the name for it. Simply put, the definition of negative space is the area around and between a subject. It appears in all drawings and paintings, and one of the best examples of it is the optical illusion called Rubin’s vase.

Rubin’s vase emphasizes negative space. In the middle of the composition, there is a symmetrical vessel (also known as positive or activated space). Portraits of people appear on either side of the vase; the curves of the pot create the illusion of a forehead, nose, and mouth. While the negative space itself has no defining details, the hard edges of the vase and the contrast of the vessel to the rest of the image activate the area and allow your mind to fill in the blanks.

Why is negative space important?

Compositional balance, as mentioned earlier, is just one reason why negative space is so important in a work of art. Areas of activity—like the vase in Rubin’s Vase, for example—are only so striking because of all of the space that surrounds it.

So, don’t underestimate negative space. Just because it might be bare doesn’t mean that it lacks power. By removing elements of an image, it can evoke mystery and conjure emotions of longing or loss. When used in this way, negative space helps drive the larger meaning behind a work.

Can negative space help you with drawing?

Yes! In addition to being a powerful composition device, negative space can help you in drawing. Negative space traces the outline of a subject to reveal its form. For more complex subject matter—like the human figure, crowded scenes, or still lifes—it’s easier to look at the space around the subject in order to figure out its proportions and placement. By looking at these negative areas, our brains will turn them into simple shapes, which, let's face it, are one of the easiest things to draw. 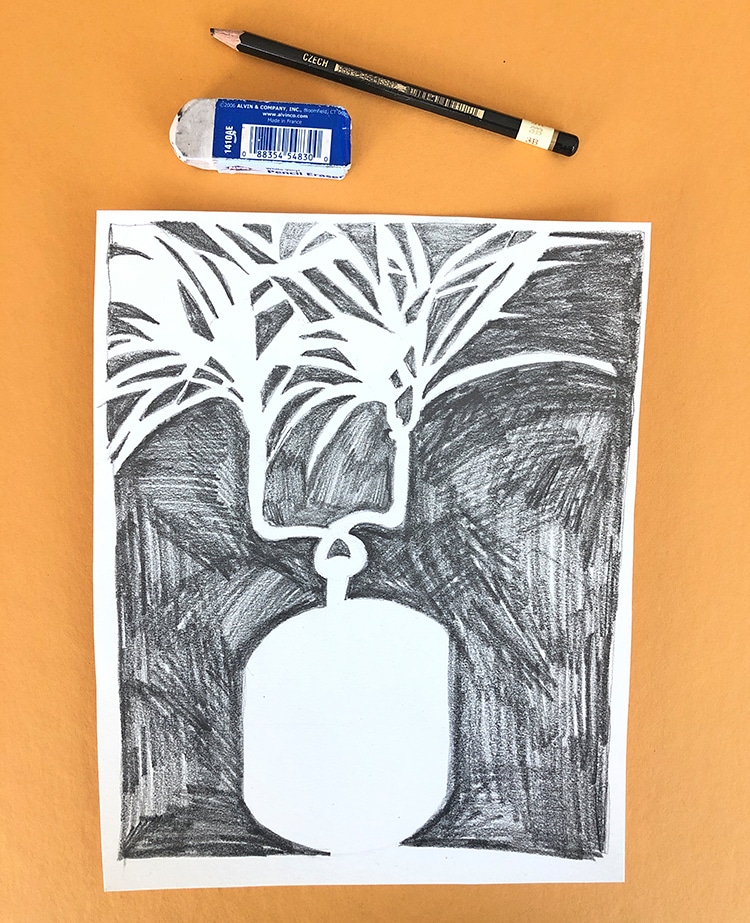 This exercise will help you in your observation skills. Begin by starting from either the top or bottom of the image and work your way down (or up) the page. As you scan your subject(s), draw the shapes that occur between them. Focus on the size of the shape and the relationship. Is that a triangle that's between two figures? How big is the rectangle in comparison? Continue to ask yourself these types of questions as you sketch.

Remember: do not draw any contour line details—concentrate only on the relationship between objects and their foreground and background. Once you have all of the shapes drawn, fill in those areas with your pen or pencil.

You'll end up with an abstract drawing that will double as a map. If you were to recreate the drawing using contour lines, you'd already have an idea of proportions and placement on your page.

Next: Get inspired by other artists’ negative space art.