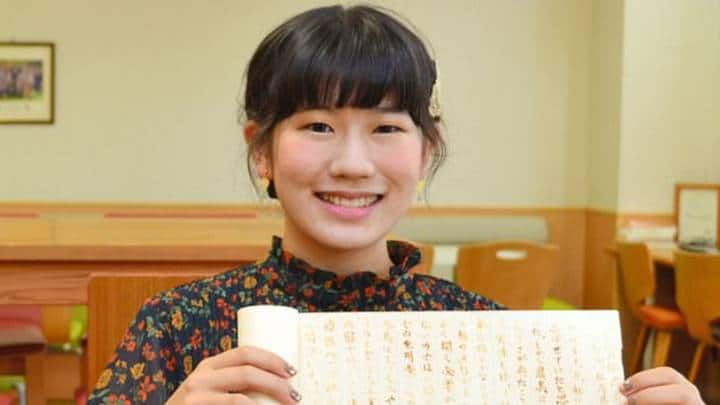 What to do when you have an important essay due in your ninja history class and you want to impress the professor? Think like a ninja, of course. At least that's what Eimi Haga, a student at Mie University in Japan, did when she learned that her professor would also be grading their essays on creativity. This led her to turn in a blank piece of paper—a move that garnered her an “A” for the assignment.

But this wasn't any ordinary piece of paper. While it appeared blank, it was actually covered in text—one just needed to know how to unravel the mystery. To write her essay, Haga employed an ancient technique called aburidashi, which is essentially invisible ink that ninjas once used to communicate with one another. The 19-year-old student had read about this invisible ink when she was a child and hoped that no one else in the class would have the same idea. Created by soaking soybeans overnight, crushing them, squeezing out the extract and combining it with water, the fluid remains invisible until heated.

Haga used the ink to write her essay about a visit to the Ninja Museum of Igaryu. To make sure the professor didn't think she was simply blowing off the assignment, she included a note written in regular ink telling him to heat the paper. It was then that her clever idea came to life, and earned her high marks. 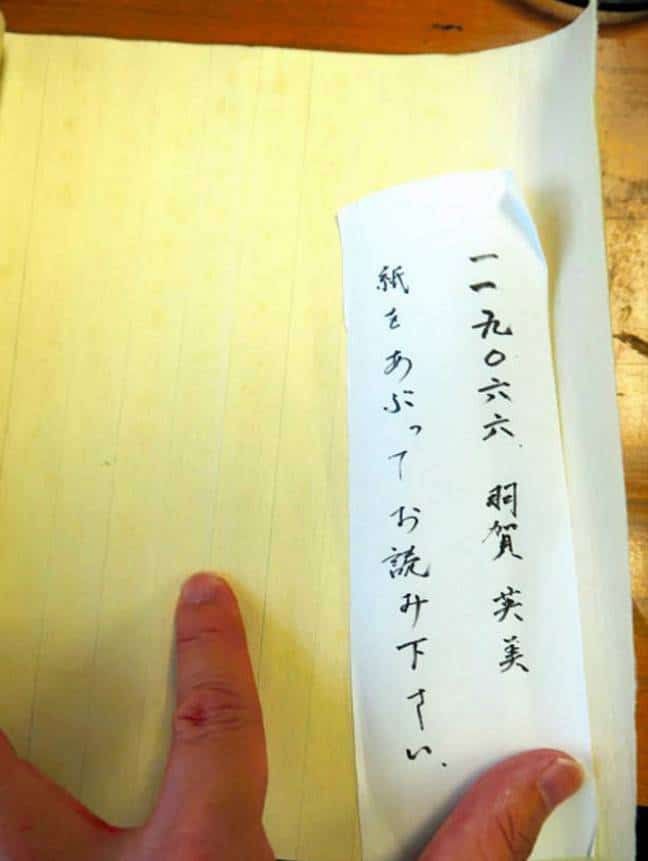 Haga included a note in normal ink stating that the paper should be heated.

“I had seen such reports written in code, but never seen one done in aburidashi,” professor Yuji Yamada admitted. “To tell the truth, I had a little doubt that the words would come out clearly. But when I actually heated the paper over the gas stove in my house, the words appeared very clearly and I thought ‘Well done!' ”

In fact, he was so impressed that he didn't even bother to read the entire essay. “I didn't hesitate to give the report full marks—even though I didn't read it to the very end because I thought I should leave some part of the paper unheated, in case the media would somehow find this and take a picture.”

Perhaps it was a good thing he didn't read it fully. Haga herself admits the content was nothing special, though she was sure that her quick thinking would earn her the grade she was after anyway. 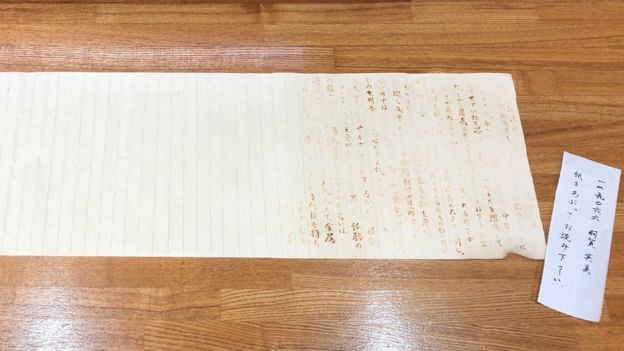