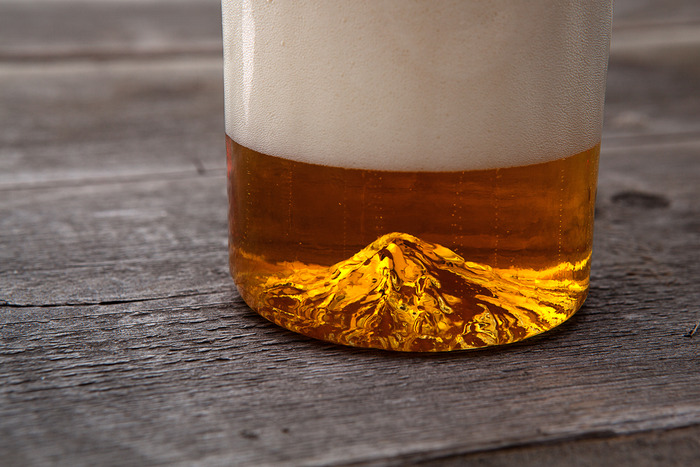 If you enjoy craft beers, then Oregon is a great place to be. It has over 180 brewing companies in 71 cities around the state, and there's no shortage of artisanal ales to sip on. To celebrate this as well as its gorgeous landscape, North Drinkware came up with The Oregon Pint. It's a hand-blown 16-ounce glass with an integrated model of the famous Mt. Hood in its base. When drinking a cold brew, the beer brilliantly cascades around the tiny, multi-faceted mountain.

To form the base, the creators used the United States Geological Survey (USGS) data to depict Mt. Hood's ridges, canyons, and peak. They then converted it to a digital 3D model and produced 3D prints of the design. Molds were later constructed for the blown glass. And, just like the beer, The Oregon Pint is locally made.

Although North Drinkware has already figured out the production, they've turned to Kickstarter for funding it. So, if you'd like to own your own Oregon Pint glass, check out their campaign. They're also offering exclusive Mt. Hood Coasters that feature ten-ply birch wood and are laser etched with the USGS topographic data. These are also made in Oregon by Shwood. 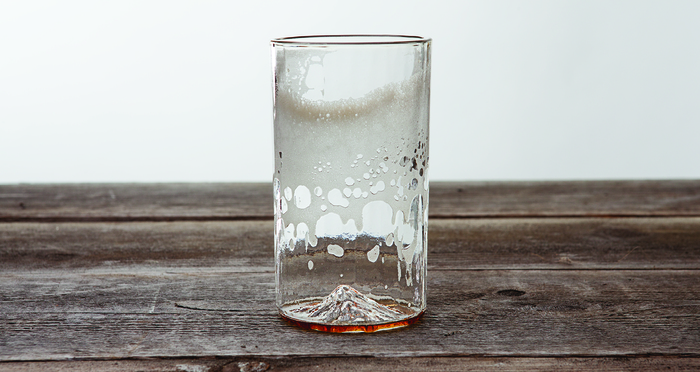