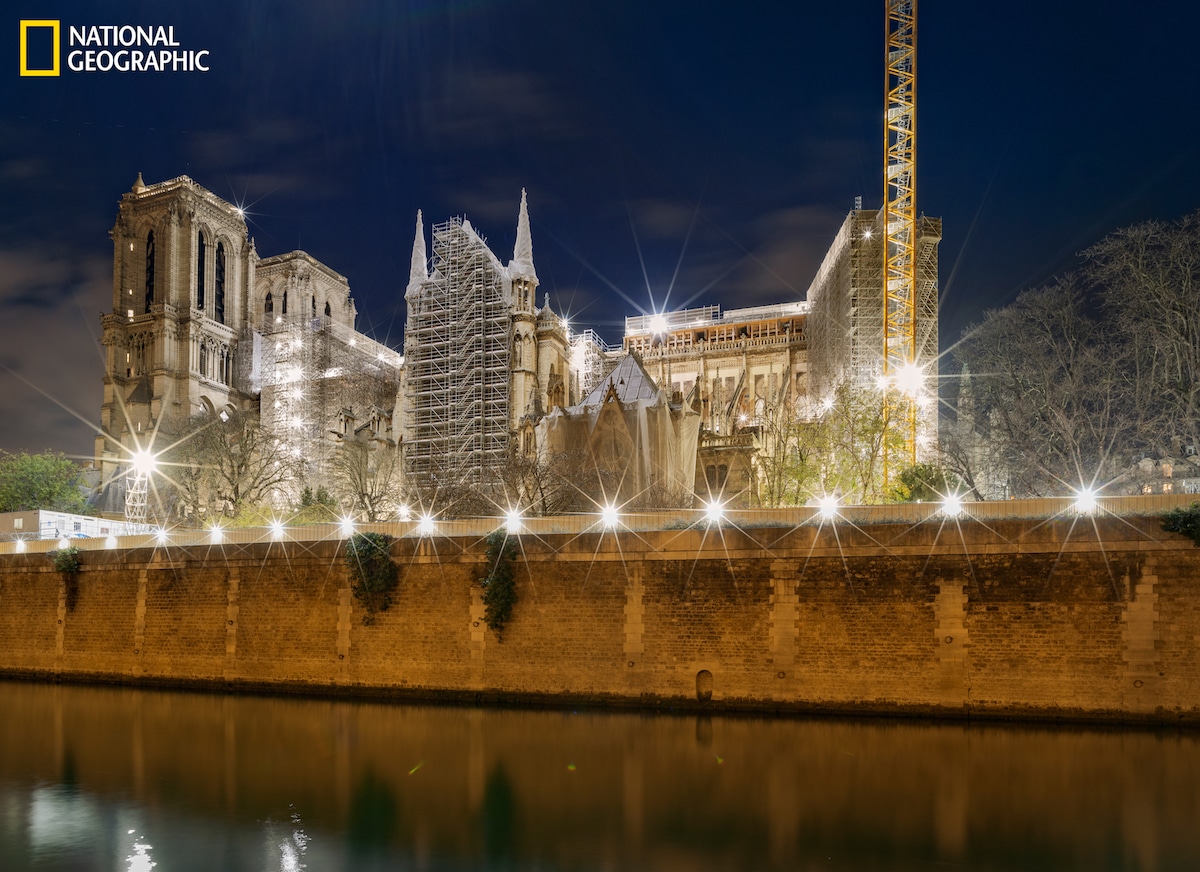 Scaffolding and a giant crane now mock the cathedral’s aspiration to loftiness; a metal wall topped with razor wire surrounds the site. But the church has recovered from trauma before. In 1831, from this vantage point across the Seine, Eugène Viollet-le-Duc watched a mob attack it. Later he directed the first restoration of Notre Dame, preserving the landmark the world knows today. (Photo: Tomas van Houtryve/National Geographic)

Almost three years after the devastating fire on April 15, 2019, we have a first glimpse at the reconstruction work on Notre-Dame Cathedral. Plans to rebuild the iconic structure were announced before damage was completely understood. Since then, careful work to stabilize the church, clear debris, and document the damage has continued. National Geographic, the only foreign media outlet with high-level access to efforts, shares with us new drone footage, photographs, and graphics to describe where we are today and what the future will hold for the cathedral.

“A doctrine of historical restoration is that you rebuild things to the last documented state,” says Robert Kunzig, the senior environmental editor who is covering the piece at National Geographic. Despite the playful and sometimes outrageous design proposals for the new Notre-Dame, the damaged 460-ton lead roof will probably not be replaced with an overly contemporary proposal. Instead, architects, structural engineers, and other experts will use tools to restore the existing roof and repair the wooden framework that held it up. This plan honors the 20-year restoration completed by Eugène Viollet-le-Duc after the riot and fire of 1831. 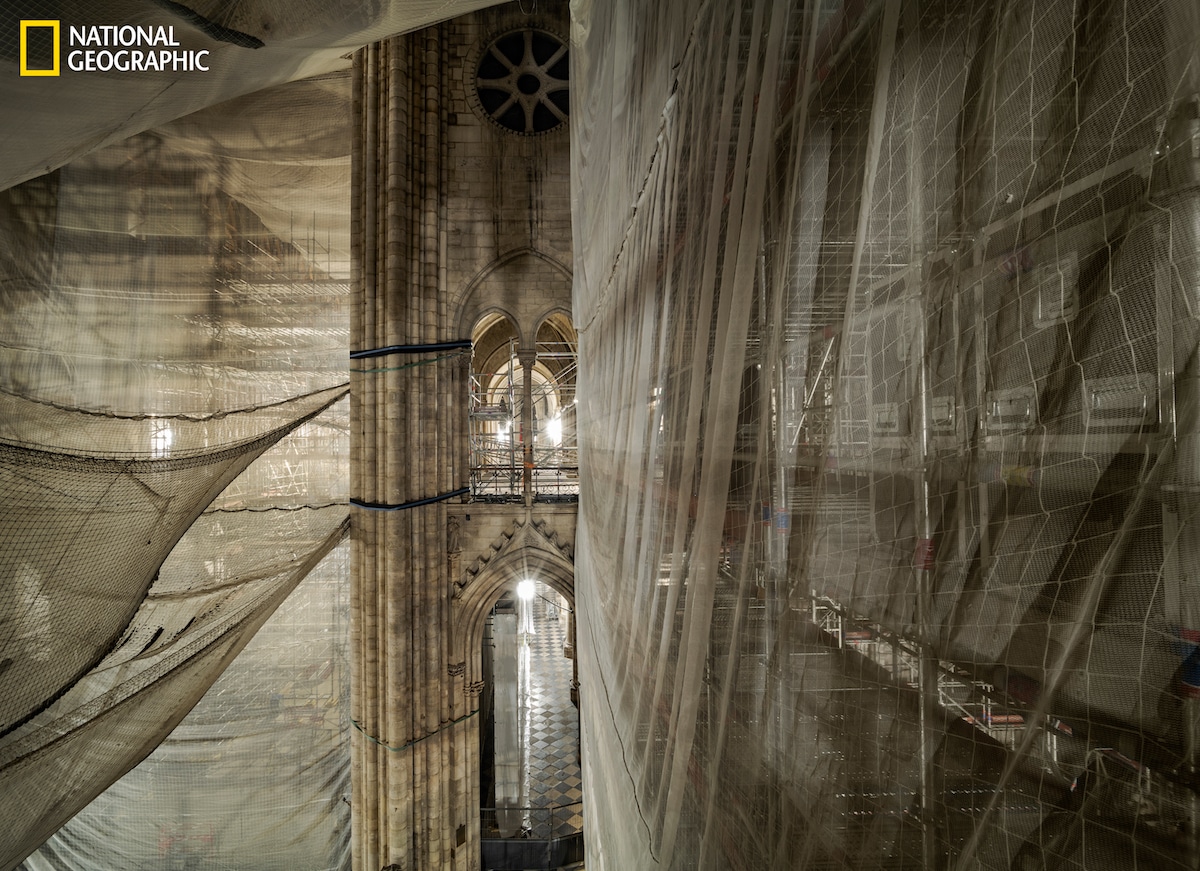 People working on the restoration will tell you: It’s the project of a lifetime. The pandemic slowed things down, and lead-safety procedures are aggravating. But sometimes “there were just five or six of us in the cathedral,” says archaeologist Dorothée Chaoui-Derieux. “That will never happen to us again.” For the next three years Notre Dame will be buzzing with workers, and then worshippers and tourists will return. (Photo: Tomas van Houtryve/National Geographic)

The technical team making construction decisions found that work should begin on the spire, then the roofs and vaults. This should allow for the cathedral’s completion in 2024, a goal the French government hopes to achieve in line with the 2024 Olympic Games in Paris.

Some of the team involved in documenting the current interiors for Notre-Dame include Robert Kunzig who tells the story of restoration efforts and photographer Tomas Van Houtryve. Houtryve wanted to be authentic in the representation of the church. He used a wooden camera, glass plates, and a portable darkroom to create photographs.

Kunzig summarizes the cultural importance and meaning of the rebuilding efforts beautifully by saying, “It’s not just a building. It’s part of the fabric of Parisian reality.”

Keep scrolling for more images of Notre-Dame. For even more coverage, head over to National Geographic. 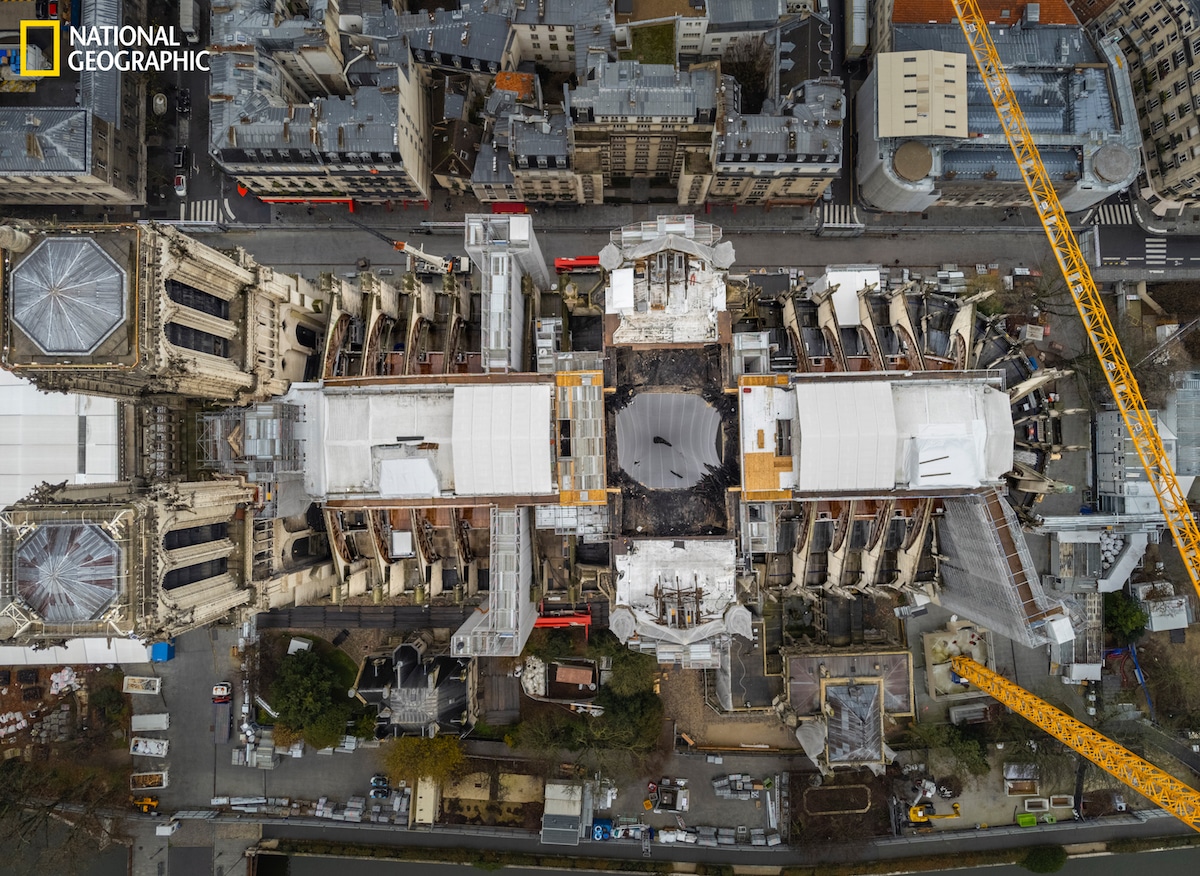 By 2024, if all goes according to plan, a drone in this position would be hovering just above the tip of Notre Dame’s new spire—a faithful reproduction in oak and lead of the one built by Violletle-Duc, which was destroyed in the fire. The new spire will be erected piece by piece through the hole in the stone vaulting left by the old one. Meanwhile, white canopies block the rain. (Photo: Tomas van Houtryve/National Geographic) 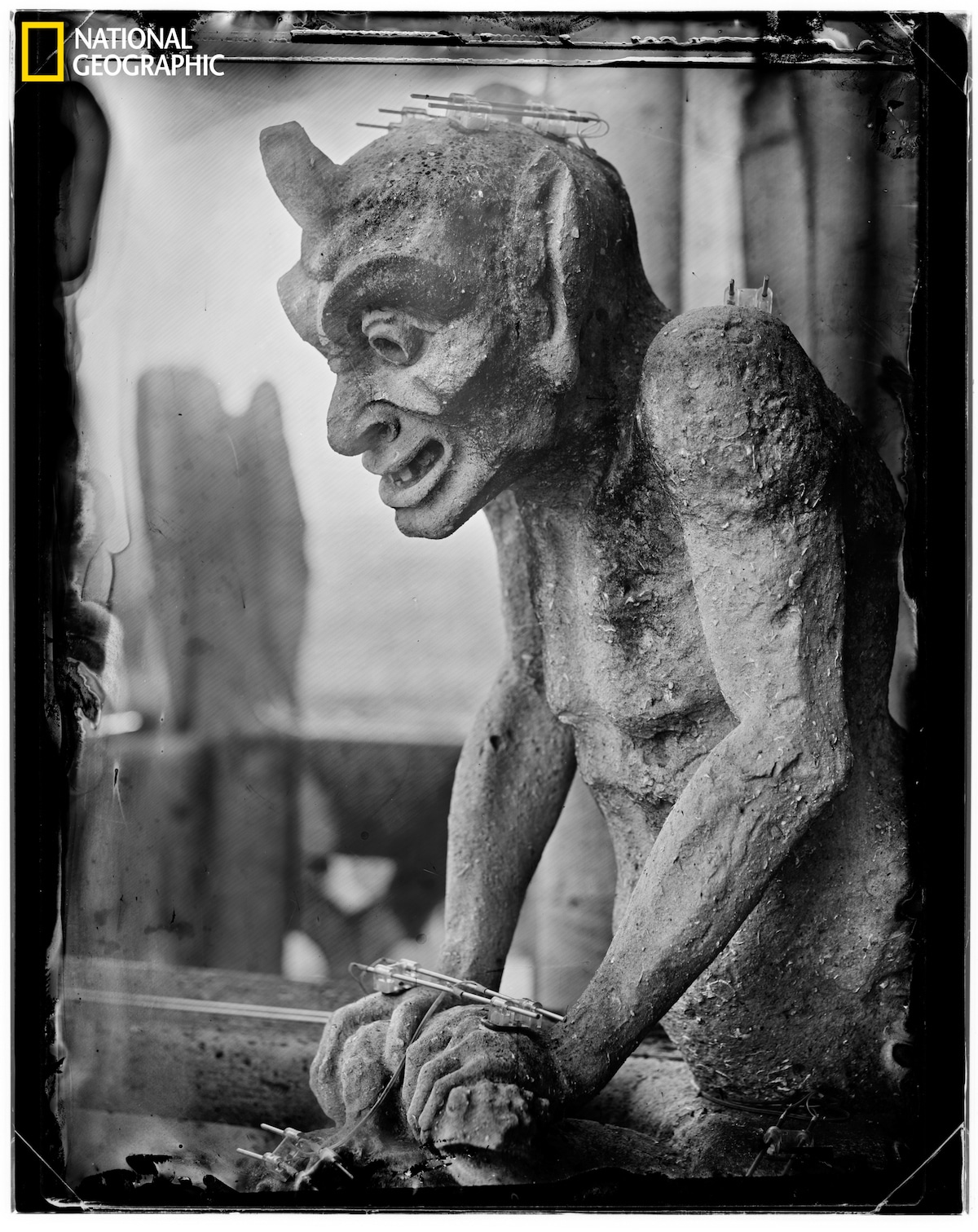 My Modern Met granted permission to feature photos by DKC.

What do you think of Notre-Dame's reconstruction? Share
Like My Modern Met on Facebook
Get Our Weekly Newsletter
Become a
My Modern Met Member
As a member, you'll join us in our effort to support the arts.
Become a Member
Explore member benefits