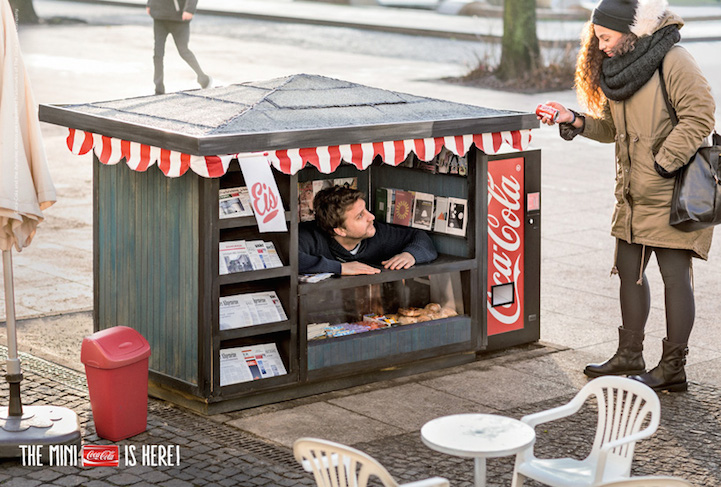 To promote the launch of Coca-Cola Mini, advertising agency Ogilvy & Mather Berlin cleverly installed miniature kiosks in five major cities in Germany. Selling a variety of pint-sized goods like newspapers, candy bars, and snacks, and even tiny cans of Coke from mini vending machines, the small-scale kiosks playfully embodied the campaign motto: “It's the little things in life that make us happy.”

The adorably small kiosks were a big hit, selling an average of 380 mini Coke cans per day–278 percent more than a typical Coca-Cola vending machine, according to Ogilvy. Many passersby stopped in their paths to check out the funny sight of these charming little kiosks, with some taking pictures or buying miniature products for fun. The creative campaign proved successful both on the streets and online as a viral hit, bringing smiles to fans of Coca-Cola everywhere. 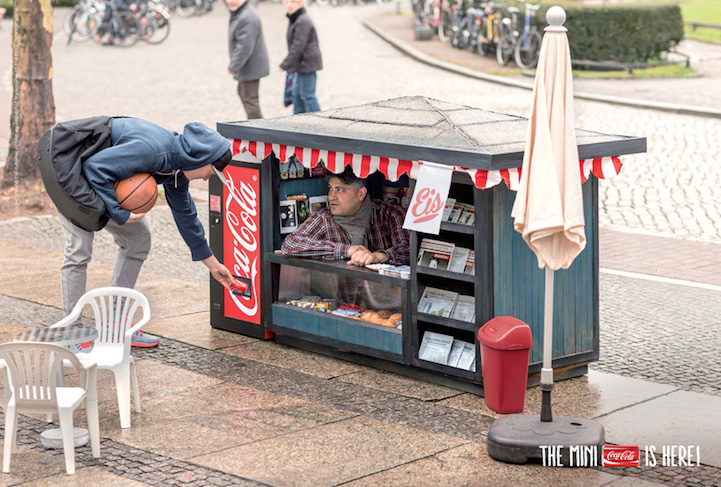 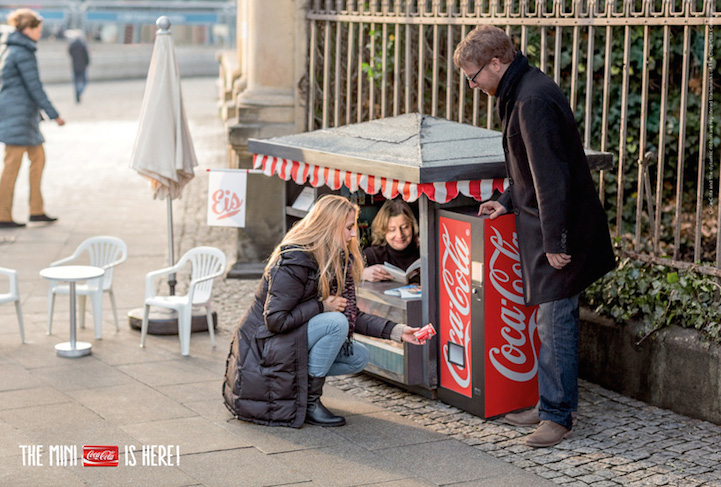