You Can Visit This Japanese Island Overrun with Friendly Bunnies 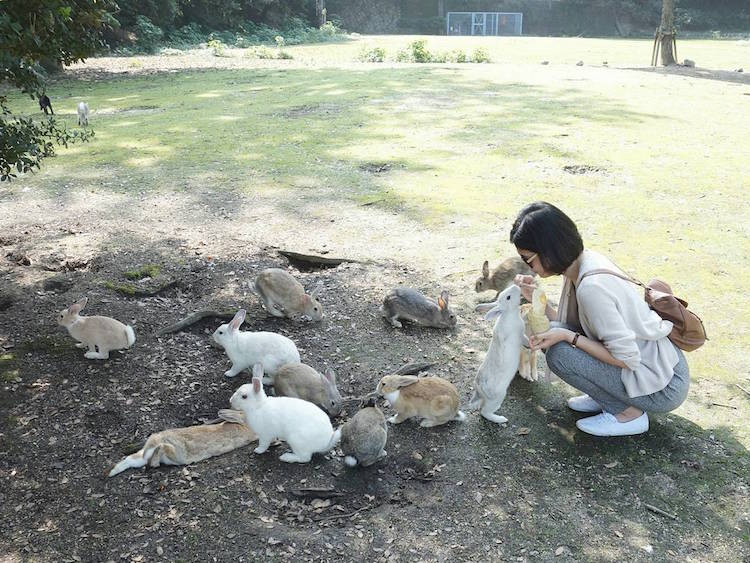 If you love frolicking with furry animals, Japan may be the destination of your dreams. In addition to its famous Fox Village and  “Cat Heaven Island,” the country also boasts Ōkunoshima, a small island in the Inland Sea that has been overrun by adorable and approachable rabbits.

Aptly referred to as “Rabbit Island,” Ōkunoshima is home to a colony of hundreds—if not thousands—of friendly bunnies. No one is sure how or why the cottontails first appeared on the island, but one thing is certain: they love humans. Travelers who visit the island get to pet, cuddle, hold, and feed the bunnies, who often hop right up to them with twitching noses and big appetites. “There is no difficulty finding the bunnies,” Japan Visitor assures, “from the moment you step off the ferry they come bounding up to visitors hoping to get fed.”

While it's currently a top tourist hotspot, Ōkunoshima's history is not quite cute and cuddly. During World War II, the tiny island was employed as as chemical weapons facility. From 1929 until 1945, the location was top secret; locals didn't dare go near it, and the island didn't even make an appearance on maps! Though the rabbits have transformed the island and heavily restored its reputation, a few deserted chemical factories, military bunkers, and a Poison Gas Museum remain on-site, serving as a solemn reminder of its harrowing history.

Today, Rabbit Island is only a ferry ride away from mainland Tadanoumi and Ōmishima. If you're interested in seeing the one-of-a-kind site, you can learn more about planning a visit here.  If a trip to Japan isn't in your future, however, you can see photos from Ōkunoshima below!

This is Ōkunoshima, a small island nicknamed Usagishima or “Rabbit Island.” 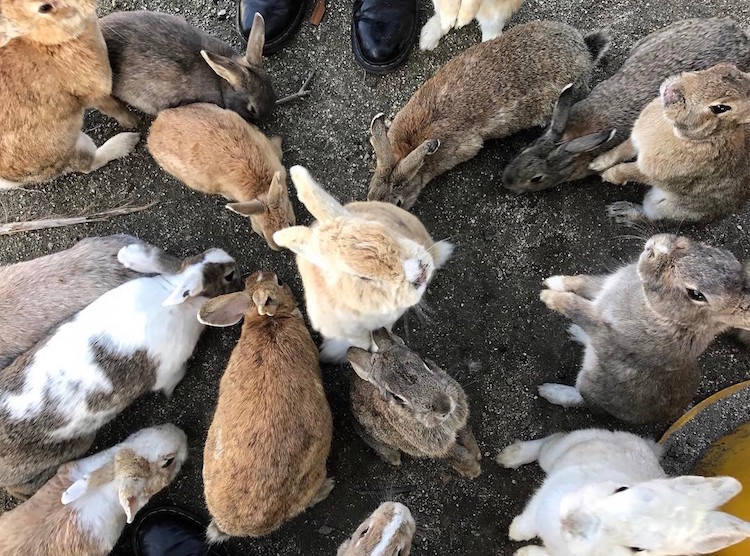 On Rabbit Island, visitors are free to interact with the wild bunnies. 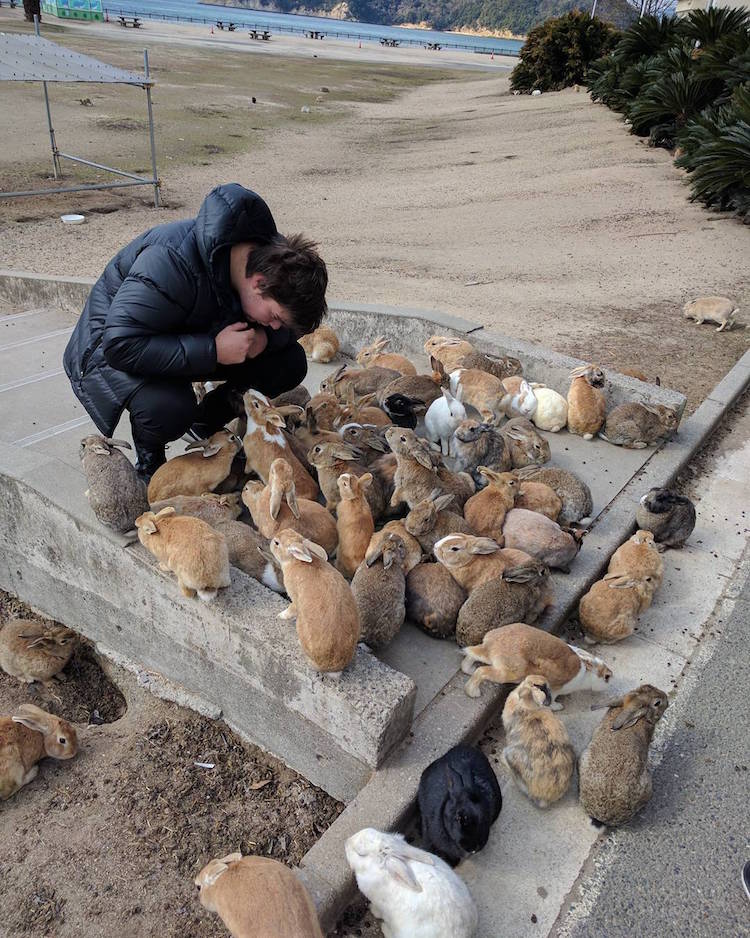 They can feed them… 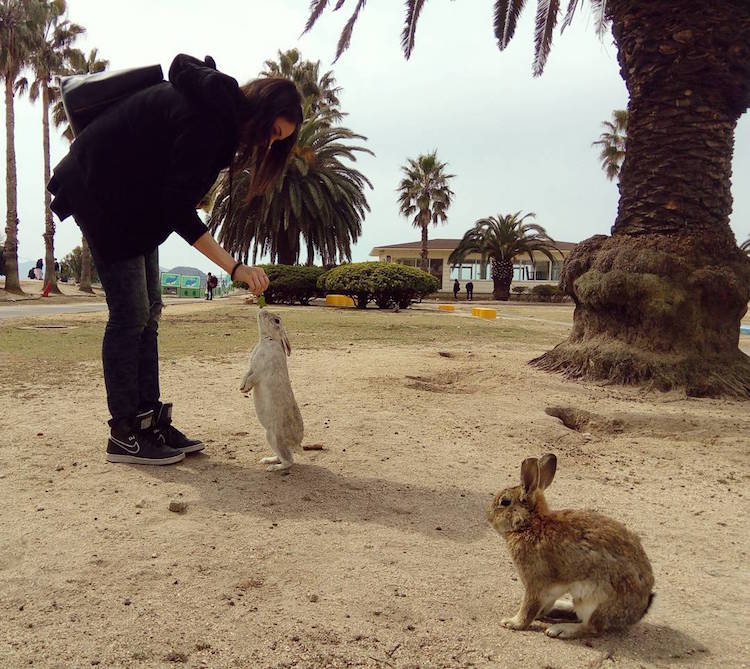 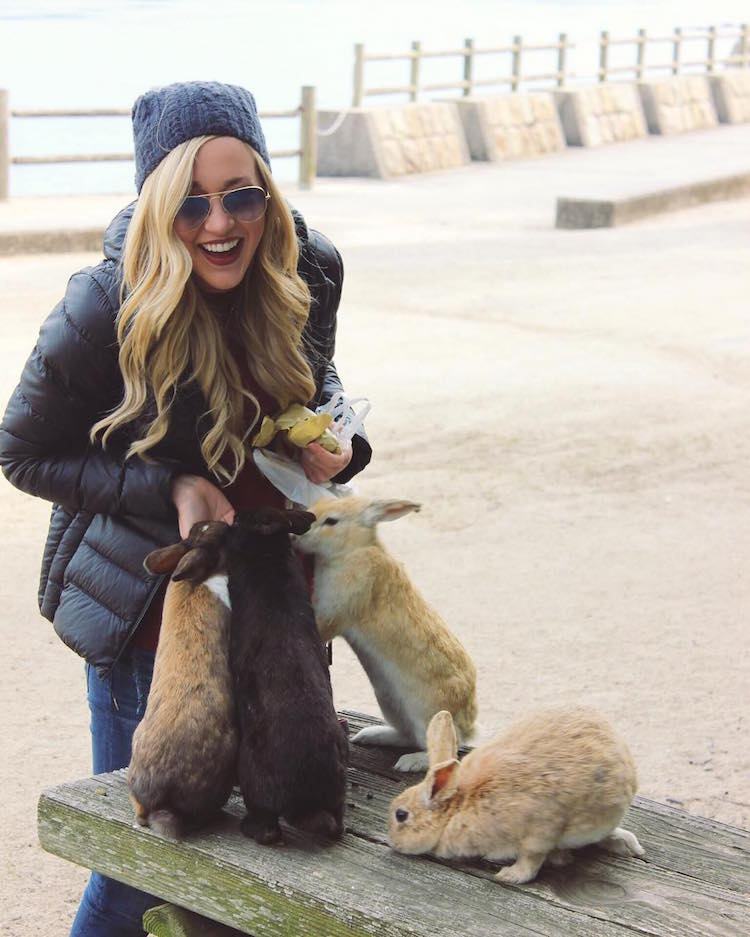 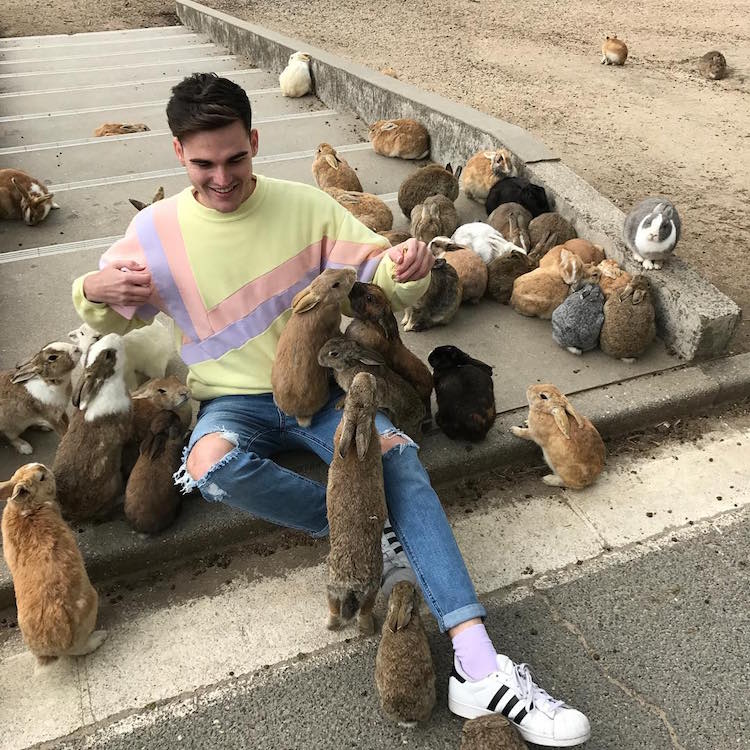 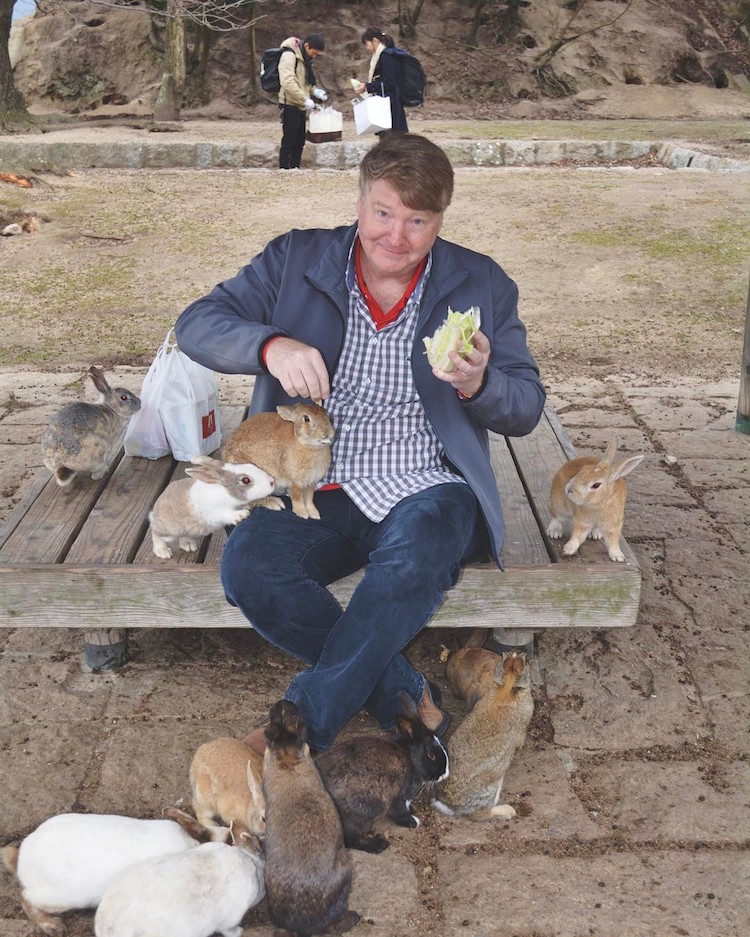 Or just hang out! 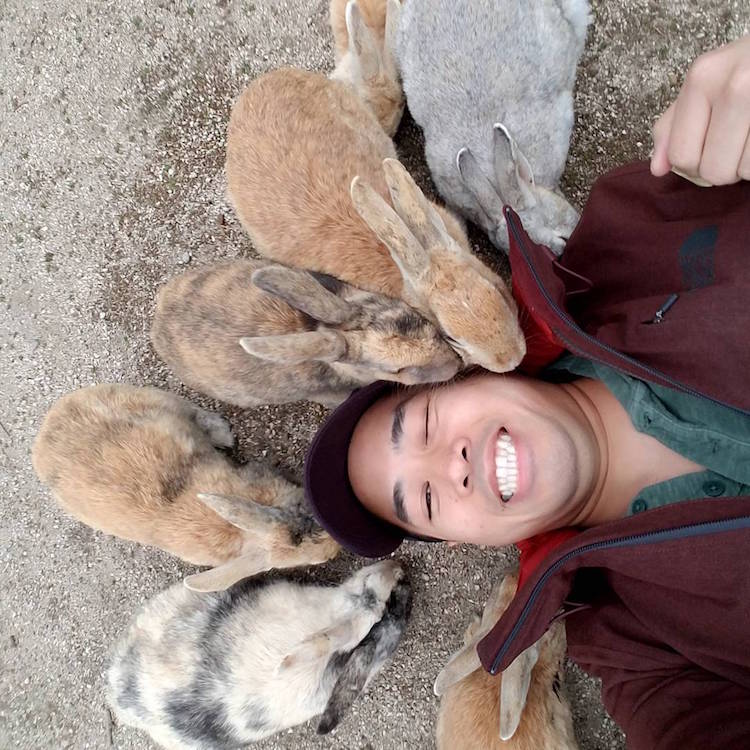 Even though the island has a dark past… 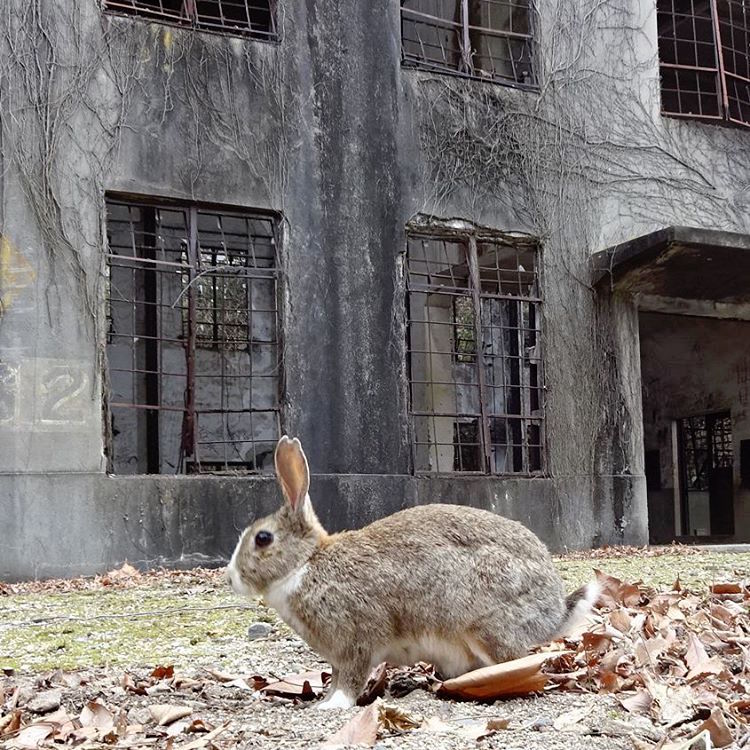 Its bunnies sure have brightened it up! 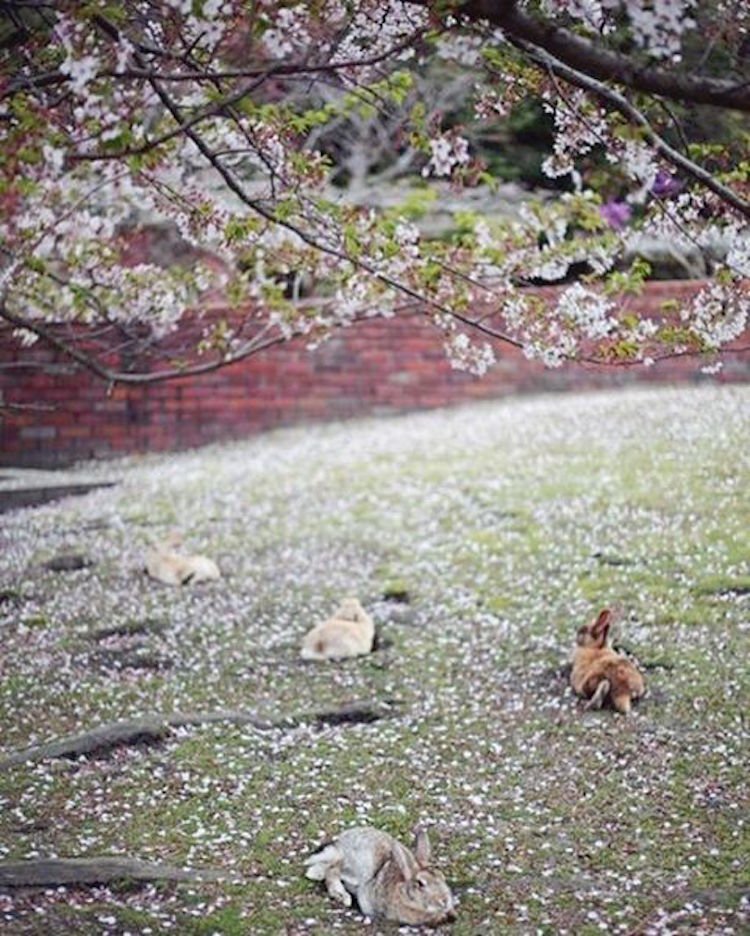 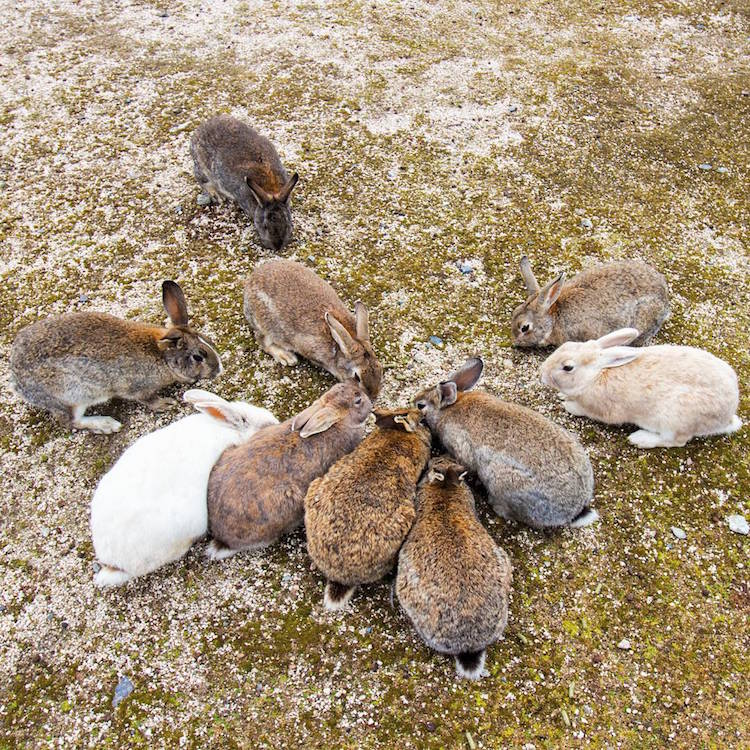 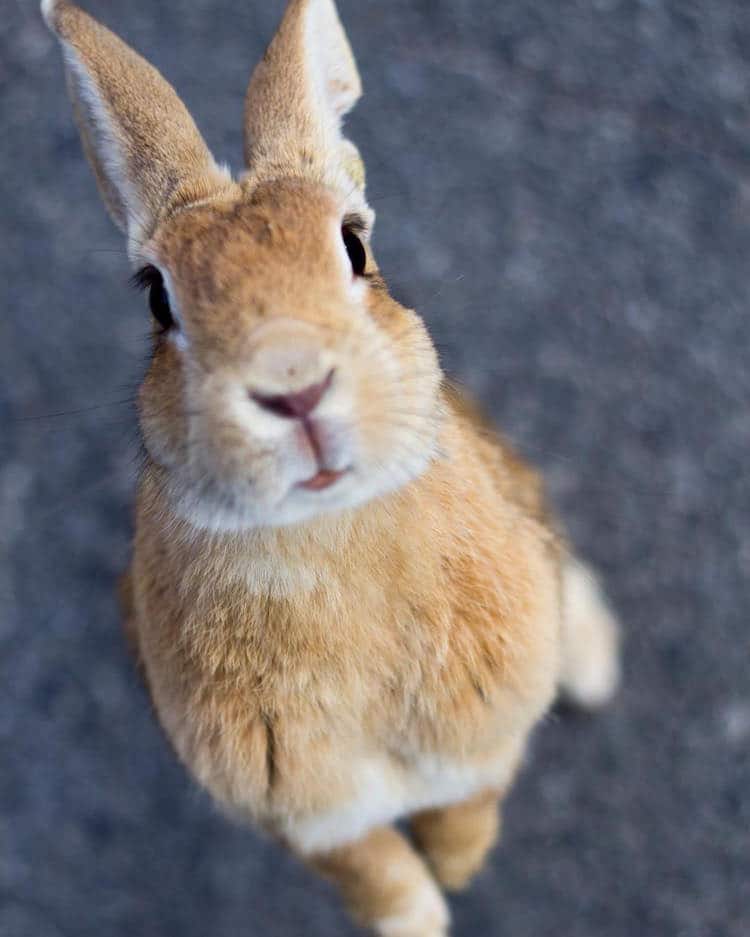