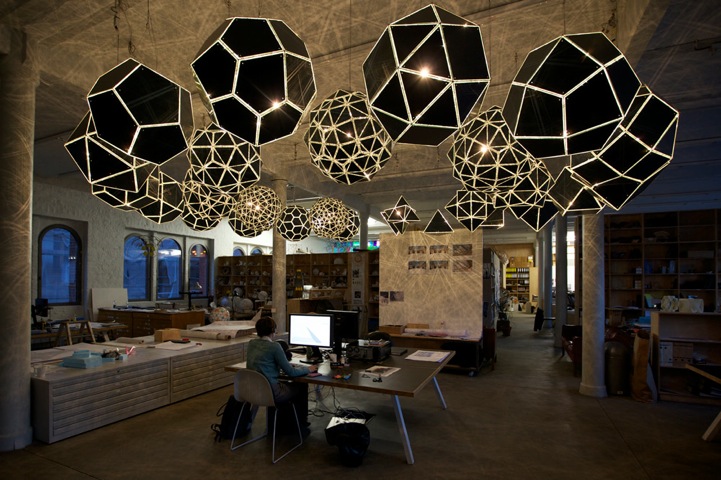 Berlin-based artist Olafur Eliasson uses a mathematical approach to design his elaborate artworks. In Your Sound Galaxy, there are a series of geometric figures hanging overhead like a rotating universe of celestial black jewels. Each with its own LED light in it, the structures look like multi-surfaced lamps with an unusually thin source of light emitted only through the fine contours of each three-dimensional shape, proving to be a very complicated installation. It is fascinating to learn that the artist Eliasson has meticulously planned the placement and appearance of each structure like a long mathematical equation.

The artist explains the complex arrangement, method of placement, and appearance behind the work: “It consists of a group of twenty-seven polyhedra suspended from the ceiling and arranged in two horizontally concentric circles. The polyhedra are arranged in a clockwise sequence in which each form has more faces than the last. These are organisable into nine ‘families' of three related forms. Two of the three are dual polyhedra – meaning that the number of vertices on the one polyhedron is equal to the number of faces on the other – and the third, hanging in the inner circle, is a combination of the two.”

The complex nature of the project is made more puzzling by its deceptive title implying the inclusion of sound. This installation, however, does not include audio, but instead is referring to the instrumental composition of light created through the cracks of the polyhedrons. 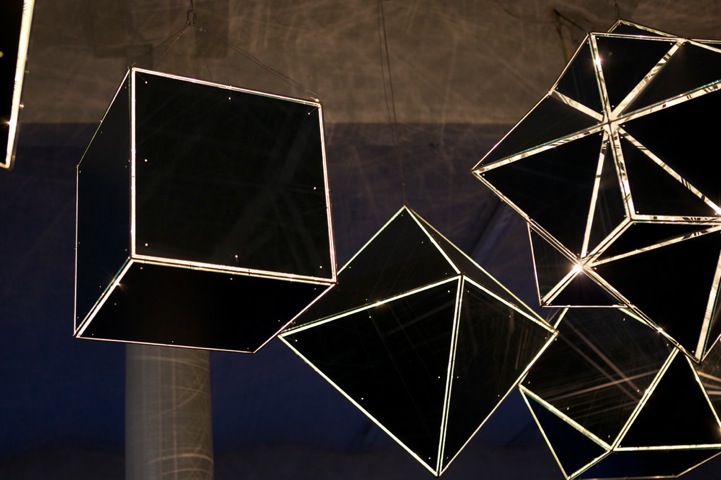 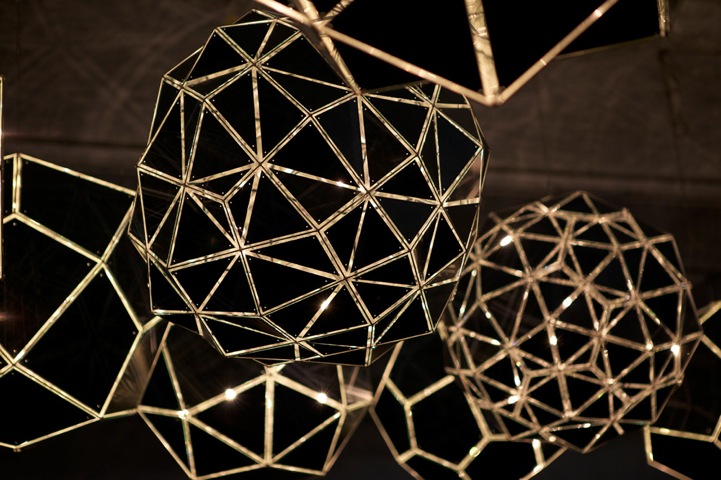 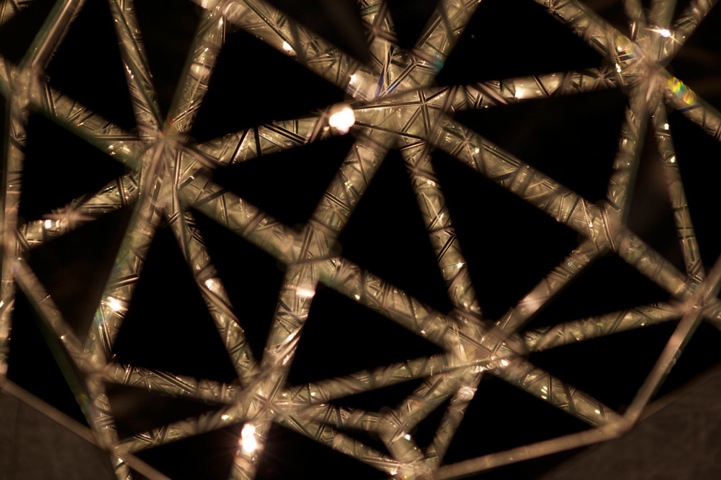 Olafur Eliasson website
via [Life with Peanut Butter is Sticky]