The Olympic Games are known for being the world’s greatest sports contest, and so it’s vital that its various competitions are understood across cultures. Since we can’t all read or speak the same language, pictograms—a stylized representation of a message or activity—help people from all walks of life comprehend the Games in the same way. The 1964 Olympics in Tokyo marked the start of these pictograms, which were, and continue to be, a visual identity for each subsequent year.

The updated pictograms are designed by the host country. Individual competitions—such as gymnastics, swimming, fencing, and shooting—are highlighted with a different icon. It’s a fantastic way to look back at Games, because we quickly understand how things have changed every four years. Sports have been added, taken away, and expanded upon, which are gleaned from comparing each of the designs.

In addition to the types of disciplines pictured, we get a sense of the visual trends that were in vogue at the time of the pictograms’ creations. Some represent a minimalist approach while others are more detailed and colorful. The Olympic Studies Centre has published a reference that explains the thinking behind each set of designs—the entire 19-page document can be viewed online.

Above: Designer: Urban Design Department of the Organizing Committee of the Games of the XIX Olympiad, including Lance Wyman 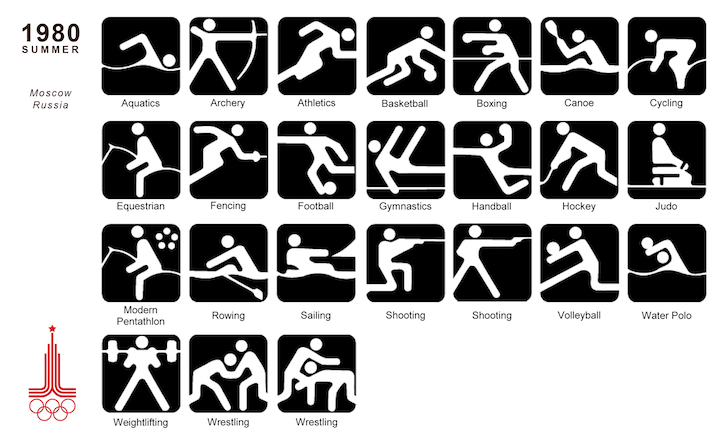 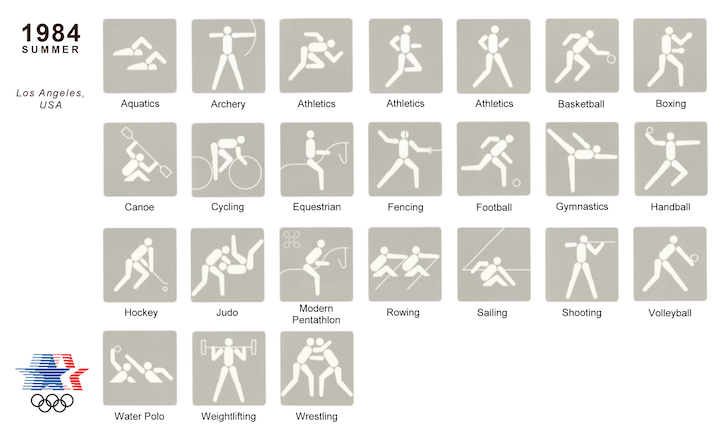 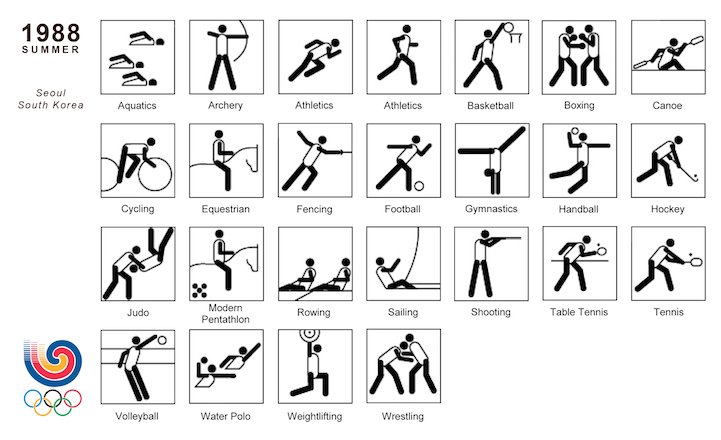 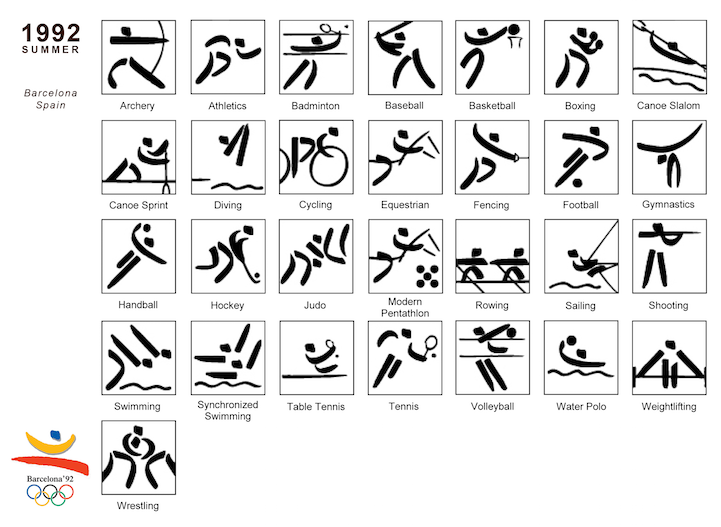 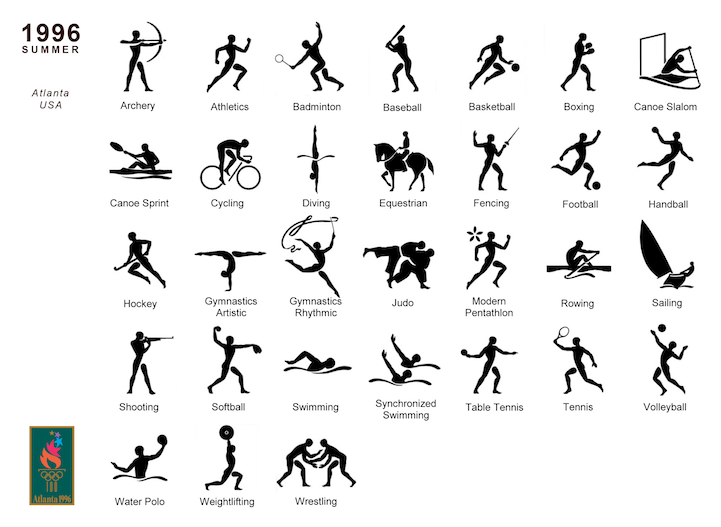 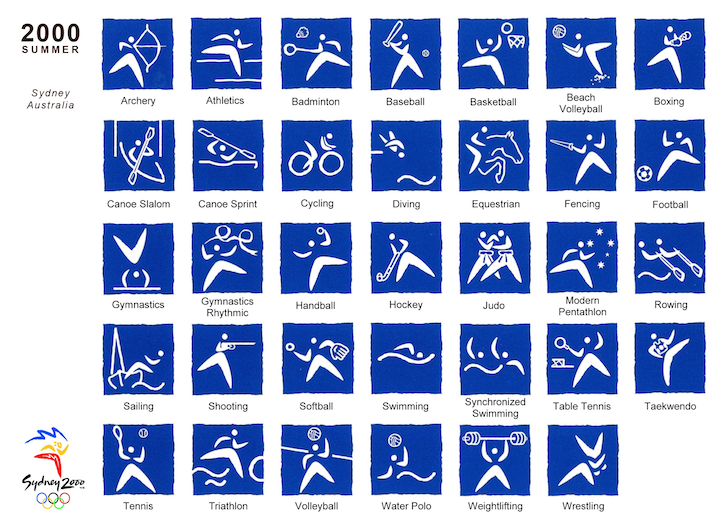 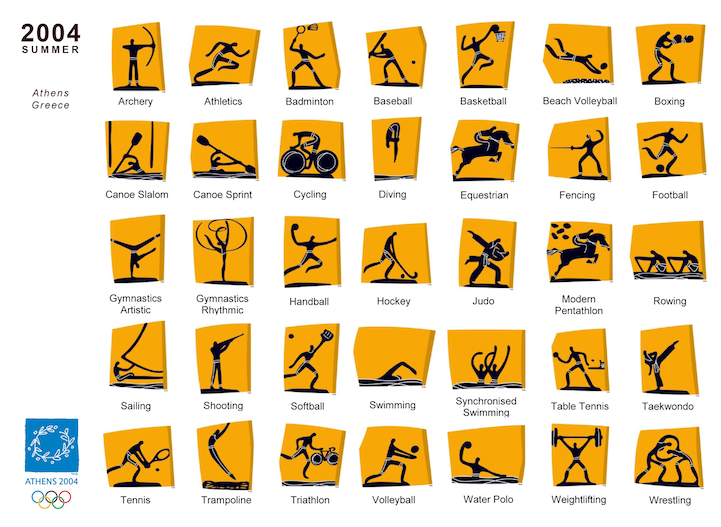 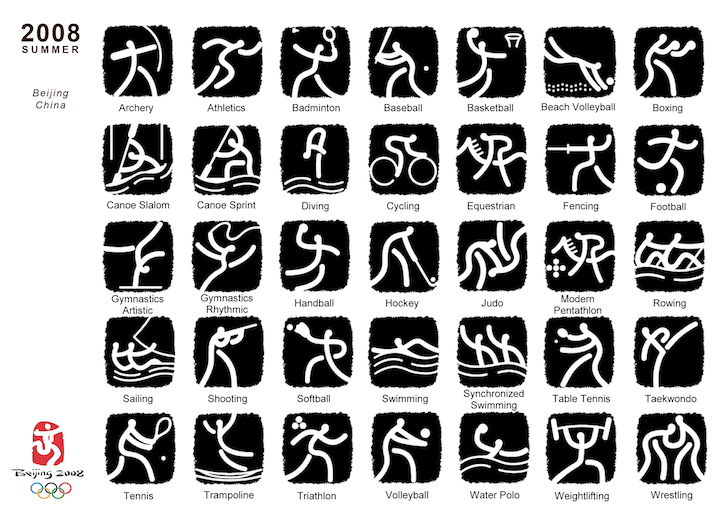 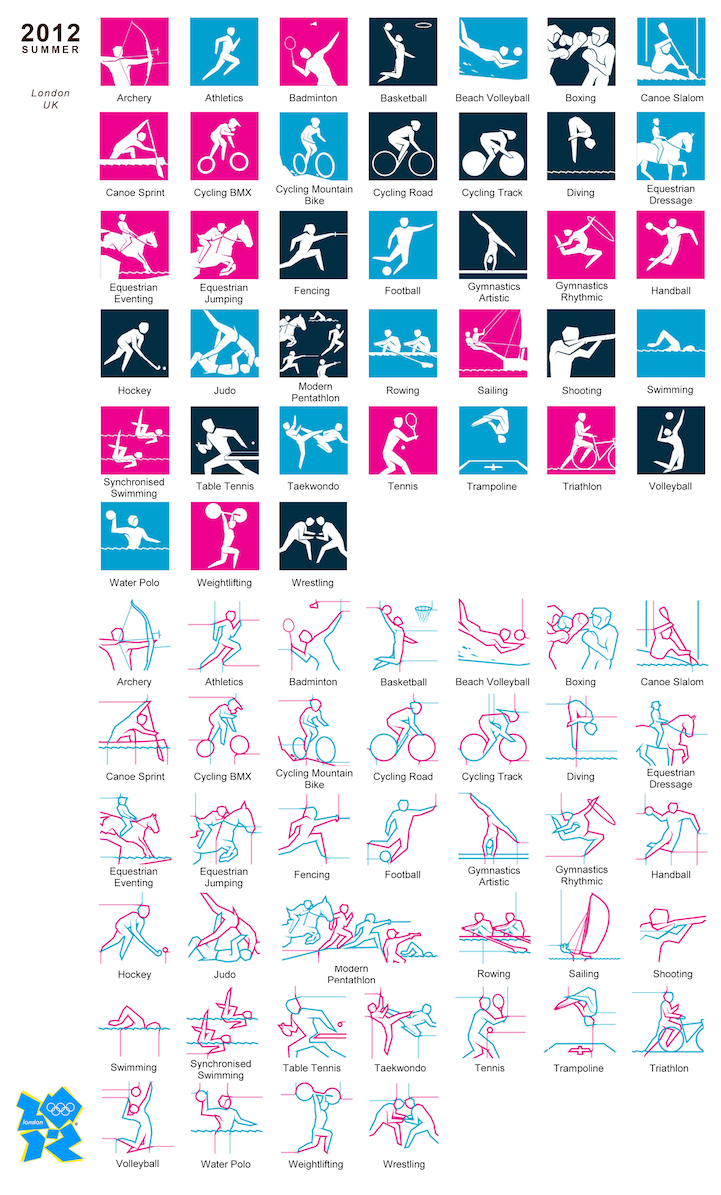 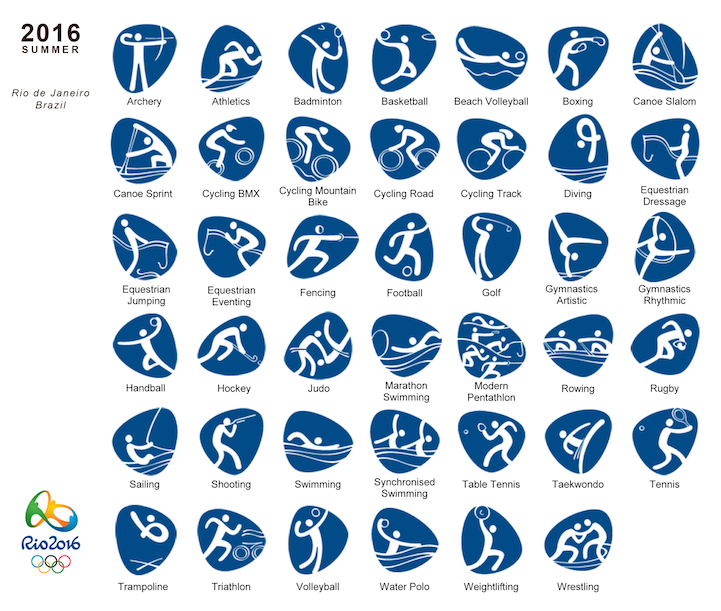 Designer: Rio 2016 Organizing Committee for the Olympic and Paralympic Game