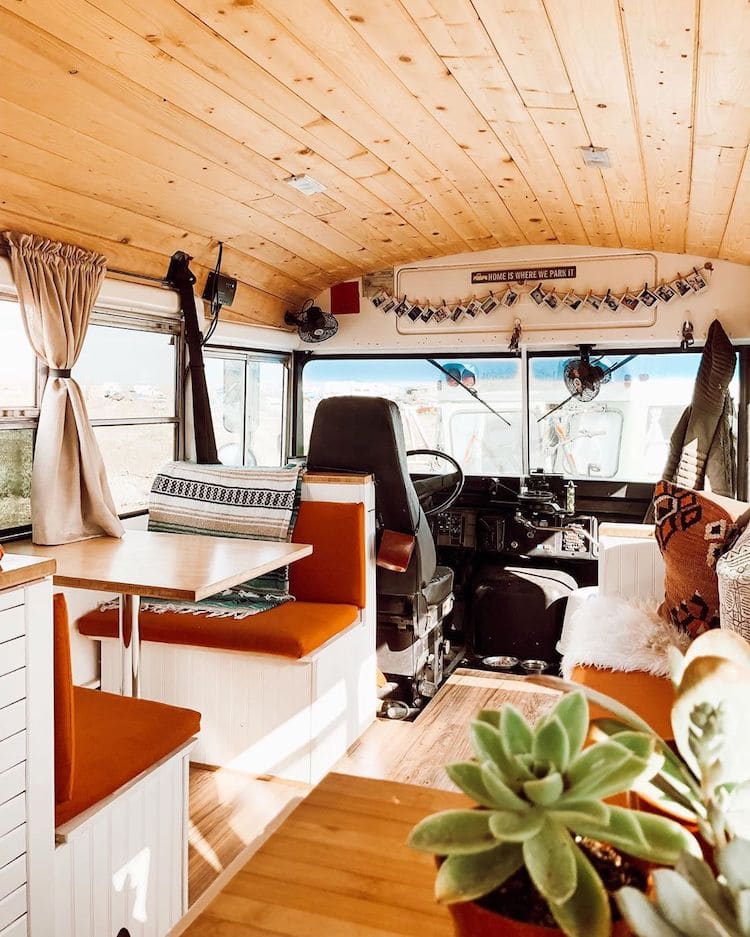 Life on the open road sounds tempting to many of us; and, for some people, the call is just too great to leave unanswered. Tyler Hjorting and Lexi O’Brien are one couple who left California–where they were shelling out too much in rent—and made the transition to nomadic living in a converted school bus, aka a skoolie, on a full-time basis.

Hjorting and O’Brien call their skoolie One Wild Ride, and their renovated vehicle is as cozy as any tiny home. Featuring wood floors and paneling on the walls and ceilings, the aesthetic has a chic rustic feel. Coupled with white cabinetry, sunset accent colors, and lots of plants, it’s hard to believe that this vehicle was once transporting loads of people on a daily basis.

Creating One Wild Ride was nearly two years in the making. Once the couple decided they wanted to adopt a nomadic lifestyle (at least for a little while), they spent a year doing research and looking for a bus that would be the right fit. After buying a bus off Craigslist, the job of gutting it began. “We renovated our bus in just under eight months while working on it after work and on the weekends,” they tell My Modern Met. Aside from getting the styling of it just right, they included some other must-haves in the interior design. “Some of the necessities we made sure to include in our skoolie were an apartment-sized refrigerator, queen bed, and a dinette table.”

Since embarking on their big adventure, the couple has set down roots. They’ve purchased land and parked their bus in Texas where they are building a collection of tiny cabins called The Pond Collective and have other projects including the Ice Plant Venue, which is an event space set in downtown La Grange.

Interested in building your own skoolie? Hjorting and O’Brien have some advice. “If we had to give advice to anyone considering a school bus conversion, it would be to spend the money on a good solar system and power supply.” And, don’t be afraid to think smaller. “Another thing we realized after only a few short months on the road was that we could have gone with an even smaller bus!” 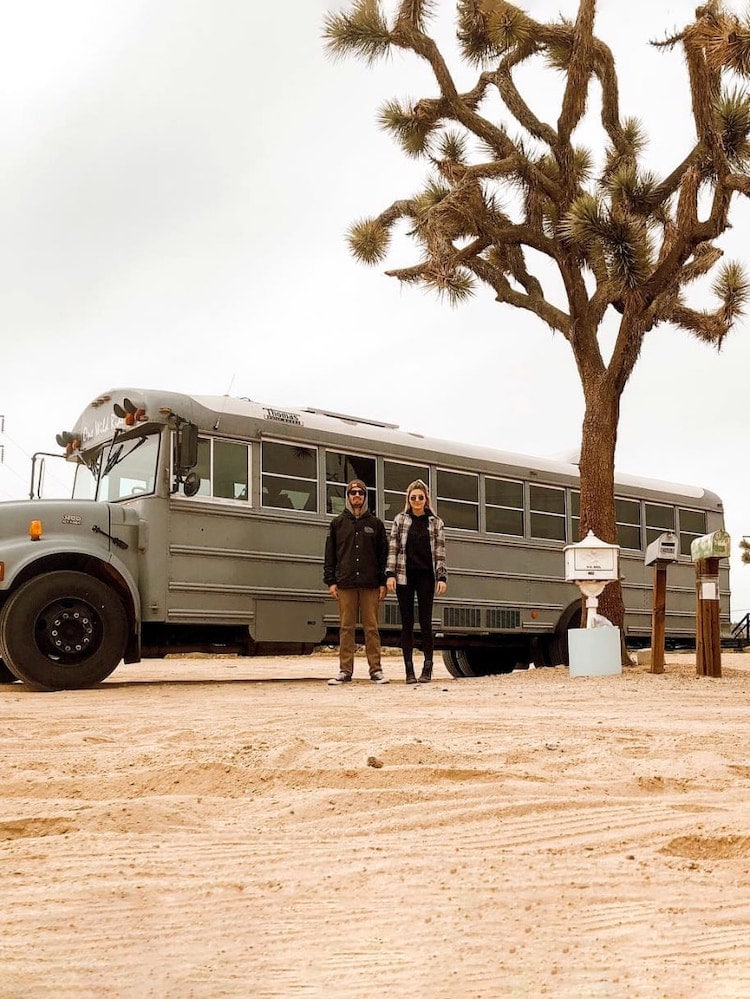 The interior was gutted to include light-colored wood and lots of plants. 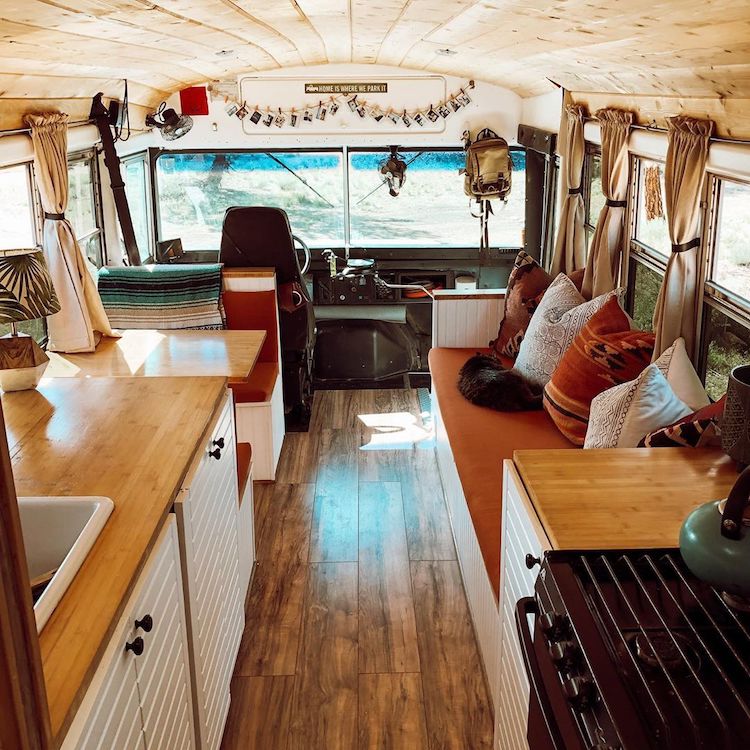 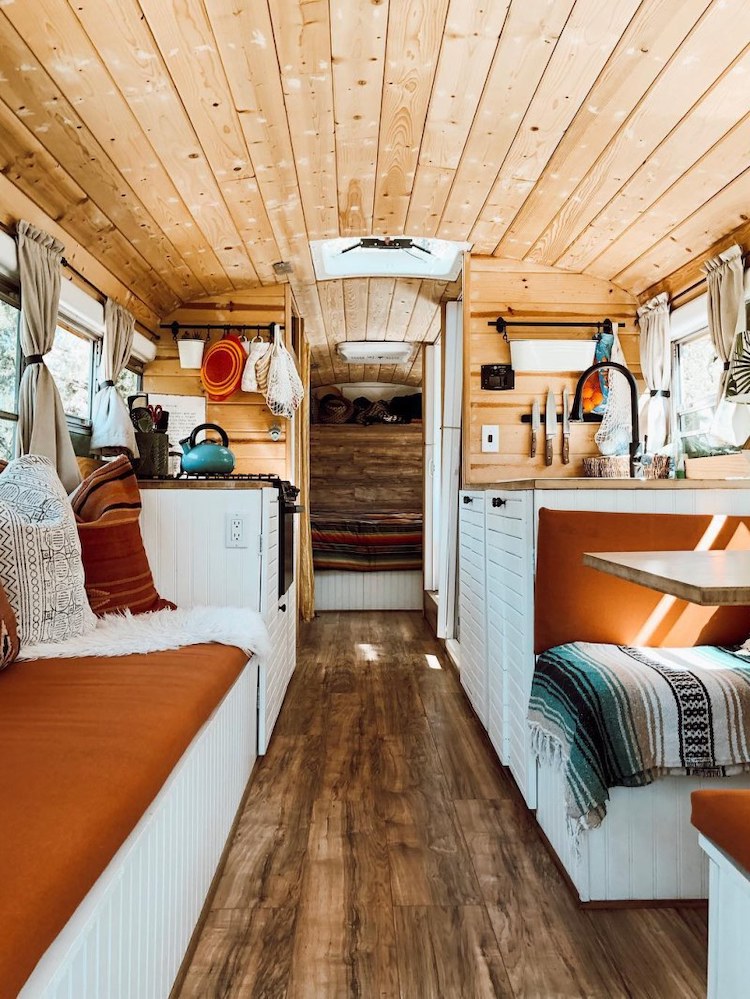 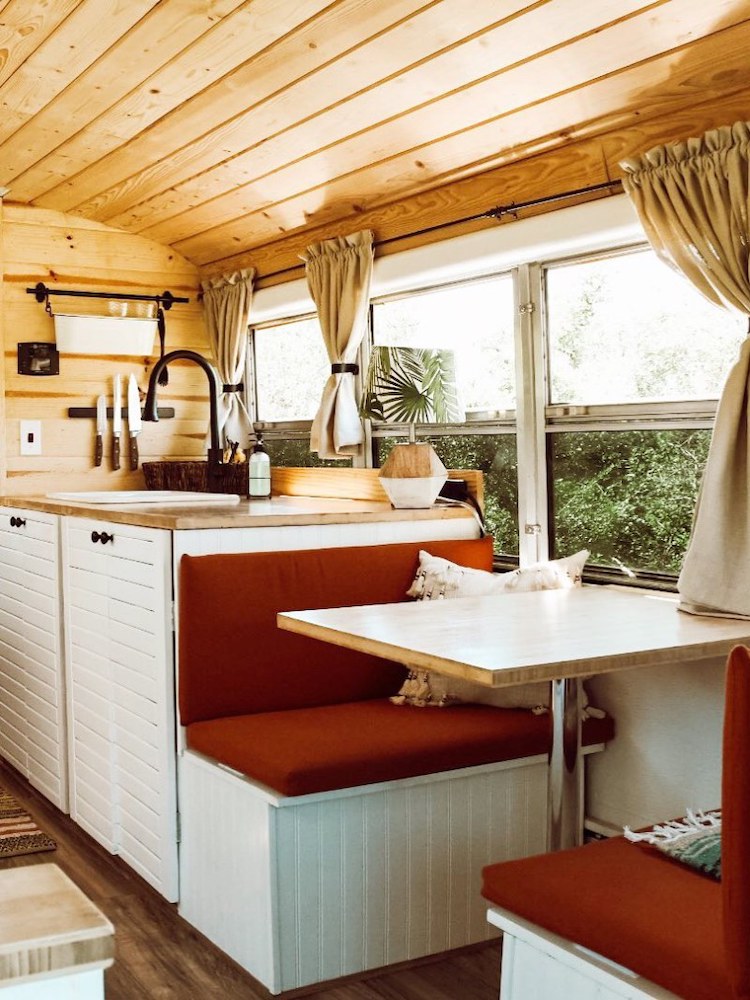 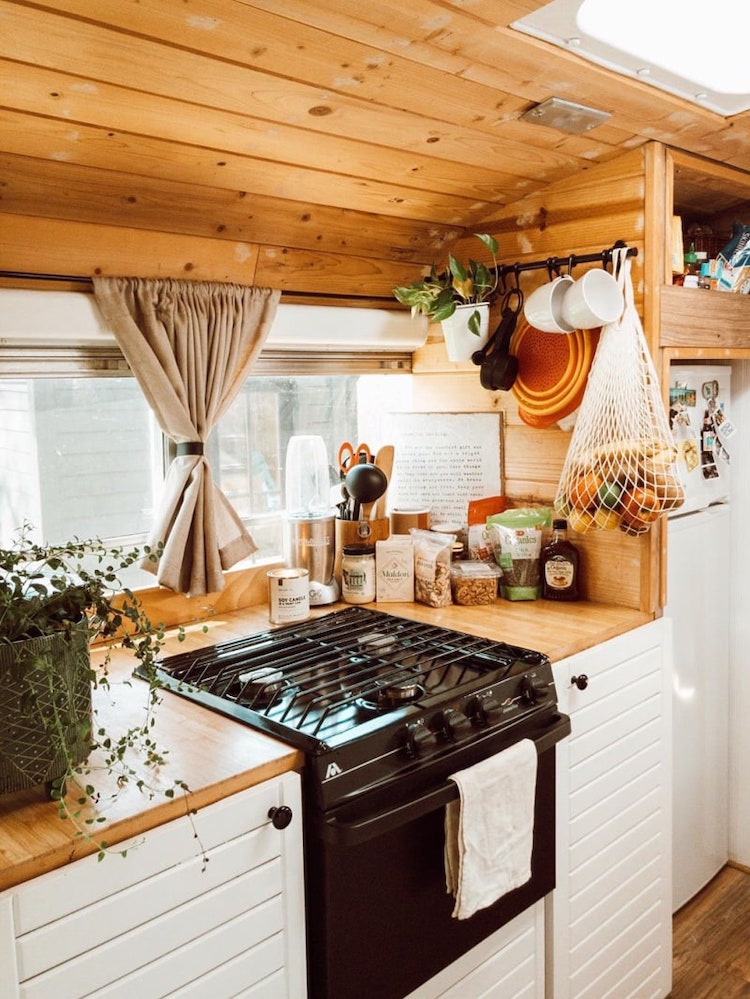 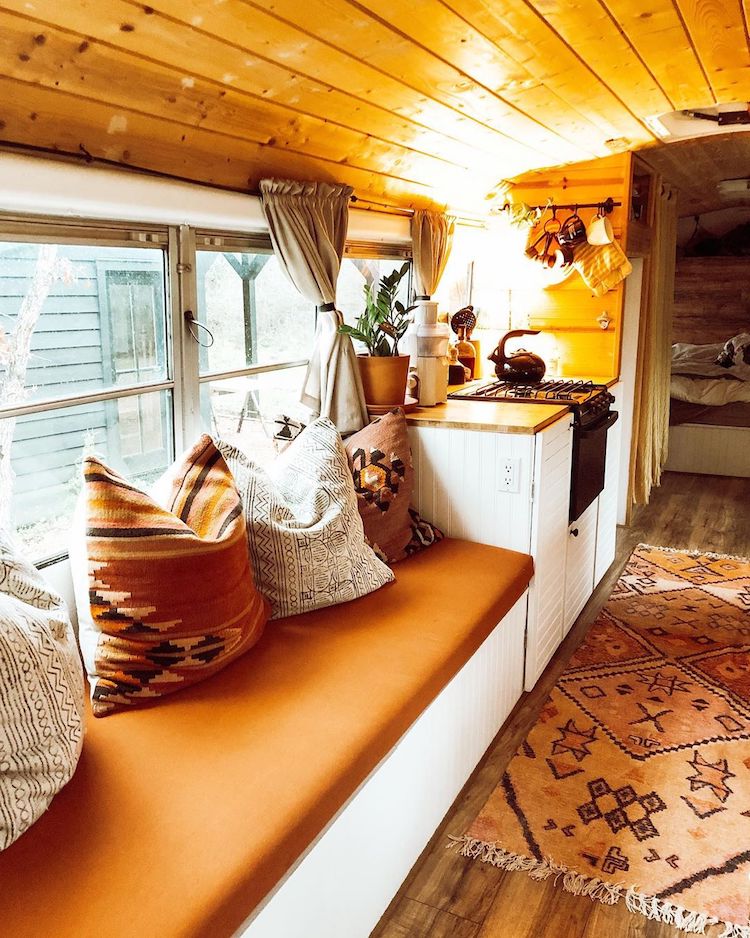 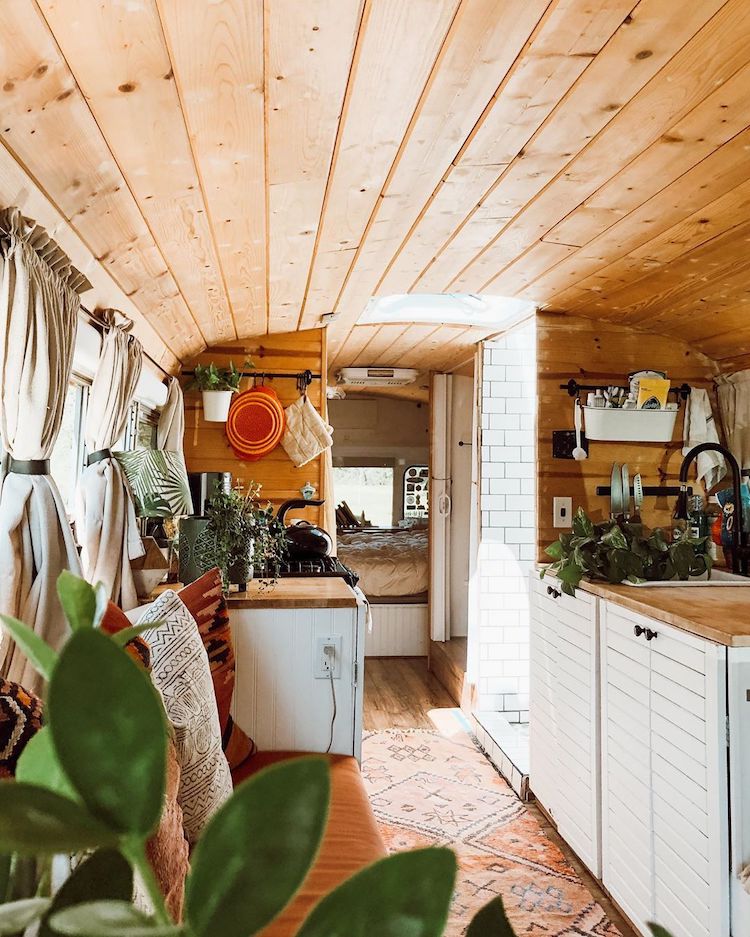 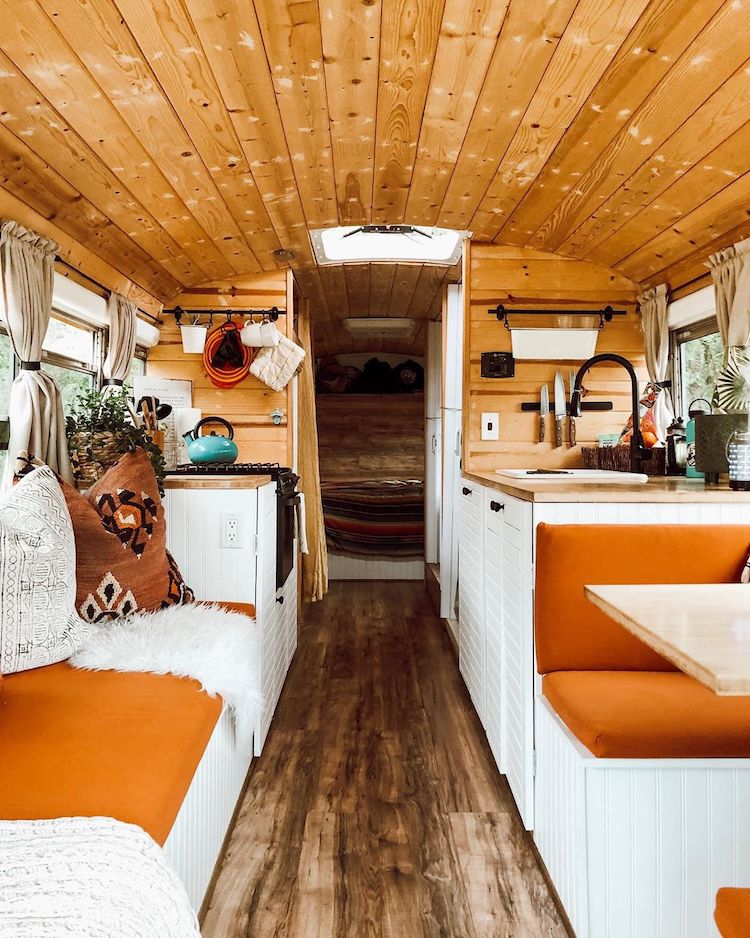 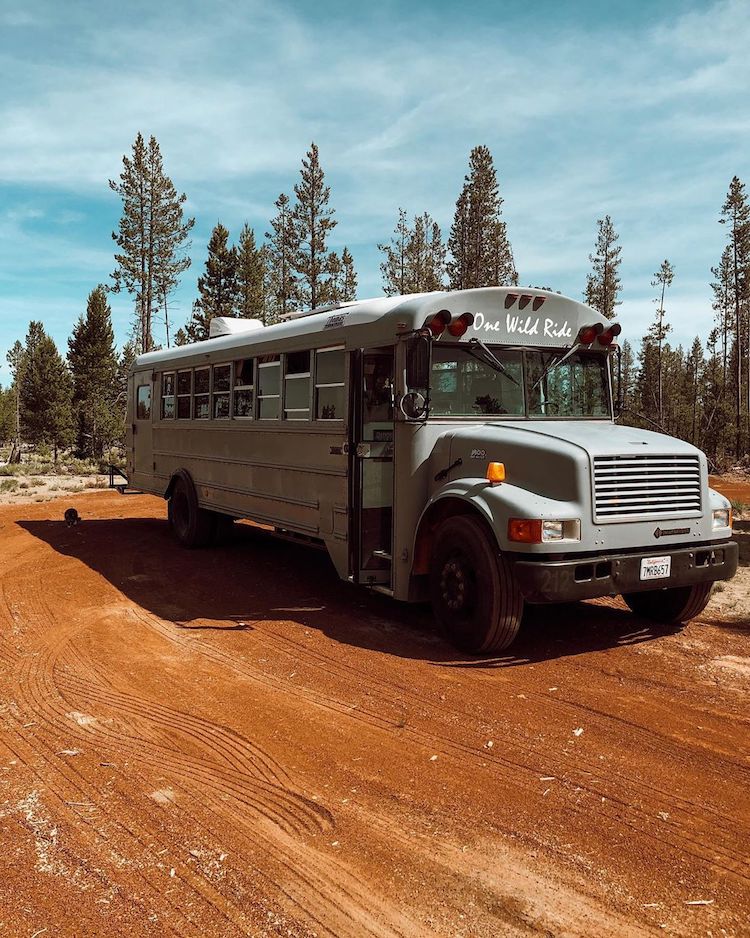 My Modern Met granted permission to feature photos by One Wild Ride.

Architect Student Redesigns a School Bus as a Modular Home

Want to live in skoolie? Share
Like My Modern Met on Facebook
Get Our Weekly Newsletter
Become a
My Modern Met Member
As a member, you'll join us in our effort to support the arts.
Become a Member
Explore member benefits

Want to live in skoolie?