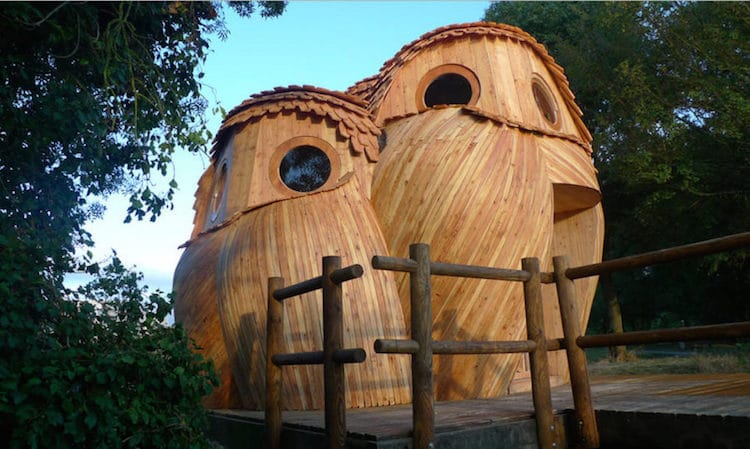 Bordeaux-based contemporary art company Zebra3 has creatively paired animals with architecture for a recent—and arguably their most adorable—project. Called Les Guetteurs (“The Watchers”), this big-eyed bungalow is composed of three wooden owls that huddle together to form a sunny and off-the-grid two-story cabin.

Crafted from timber and featuring feather-like, plywood shingles, Les Guetteurs puts a cute and clever twist on the traditional cabin. Its loft-inspired interior is both cozy and quirky. A large, round bed—undoubtedly inspired by a nest—serves as the focal point of the cabin's second floor. This statement piece is accentuated by similarly-shaped windows that cleverly double as the owls' eyes. Additionally, the whimsical work of animal architecture is situated at the edge of a dock, emphasizing its isolated state and giving guests ample privacy.

The Les Guetteurs project was pioneered by Zebra3's talented designer, Candice Pétrillo. When planning the peculiar piece, Pétrillo was predominantly inspired by the local landscape—namely, the tiny owls that burrow in Bordeaux's marshland. Given the prevalence of these birds and the serenity of the cabin's surroundings, Pétrillo was immediately drawn to the owl aesthetic. “The idea of ​​birds came to me very quickly,” she explained. “After the last extension of the commercial zone, I saw migrants swirling around in the sky, looking for the old dried wetland. The nod of animal eye and the curve of the object are a tribute to the sculptors François Pompon and François-Xavier Lalanne.”

Les Guetteurs is one of many Refuges Périurbains (“peri-urban shelters”) popping up all over the outskirts of Bordeaux. If you'd like to spend the night under Zebra3‘s wing, you can book your stay in the off-the-grid oasis here. It's sure to be a hoot!

Les Guetteurs, an owl cabin designed by Zebra3, is an adorable way to see rural France. 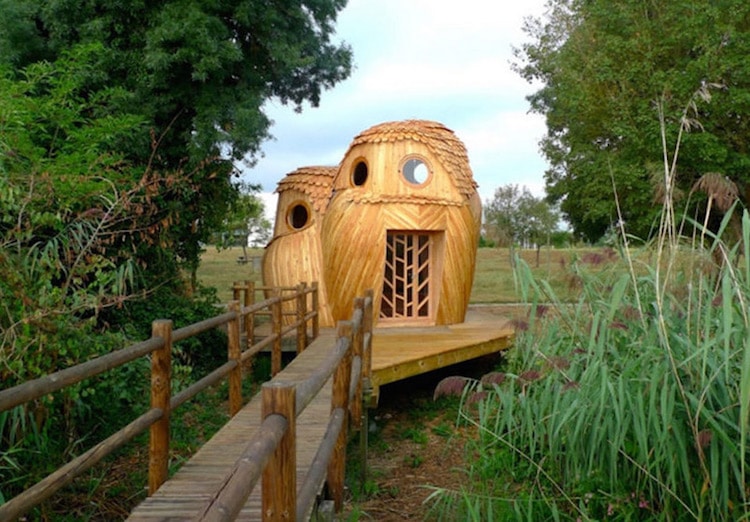 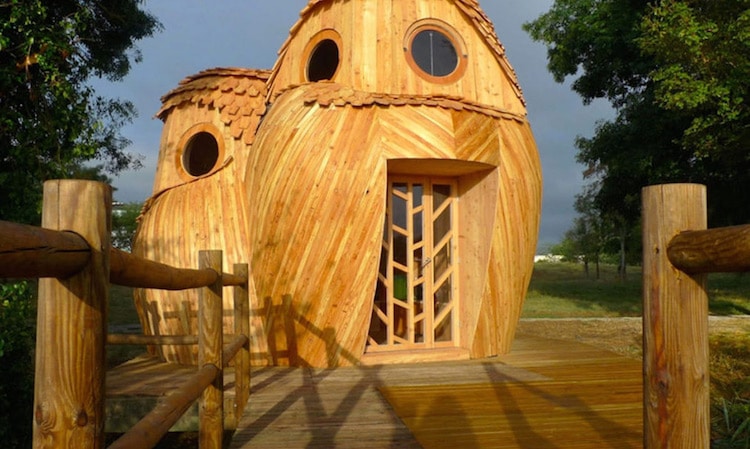 The unique work of animal architecture is both cozy and quirky, with a nest-inspired bed located on its second floor. 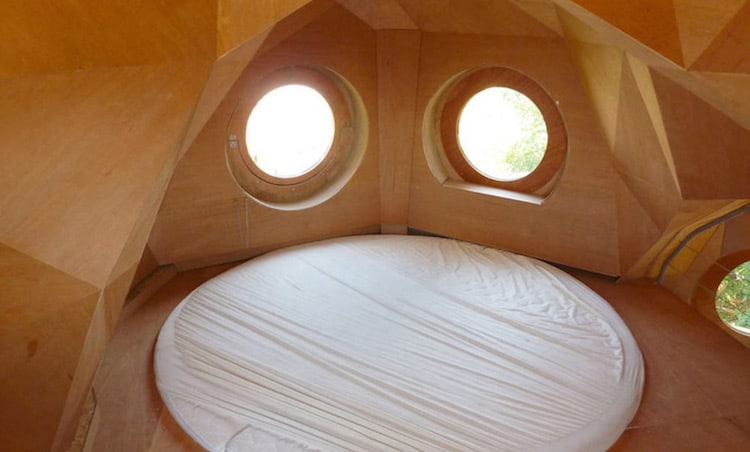 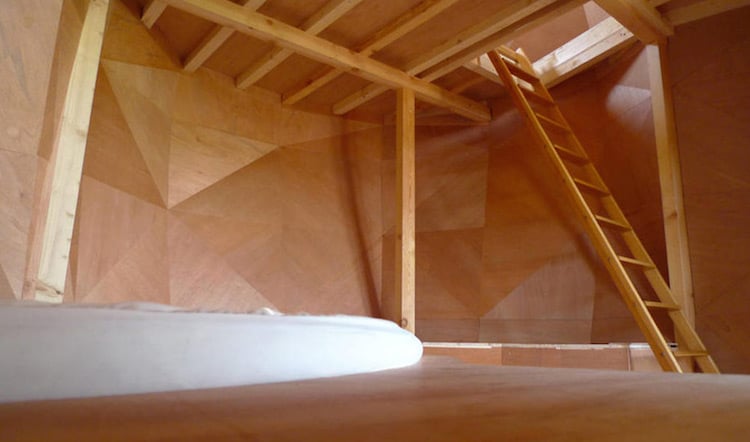 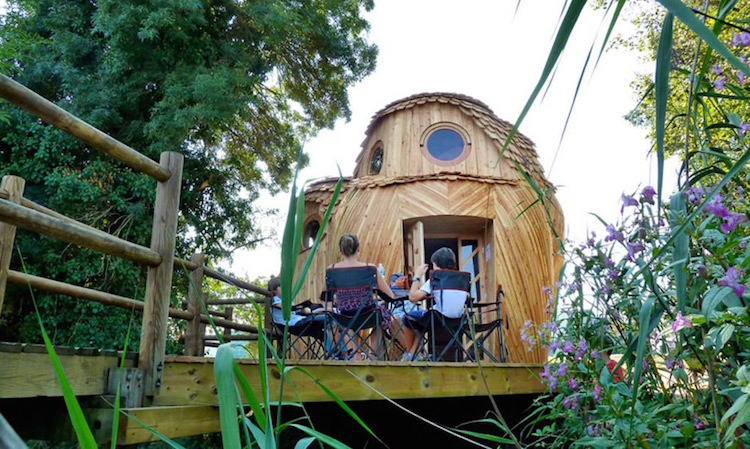 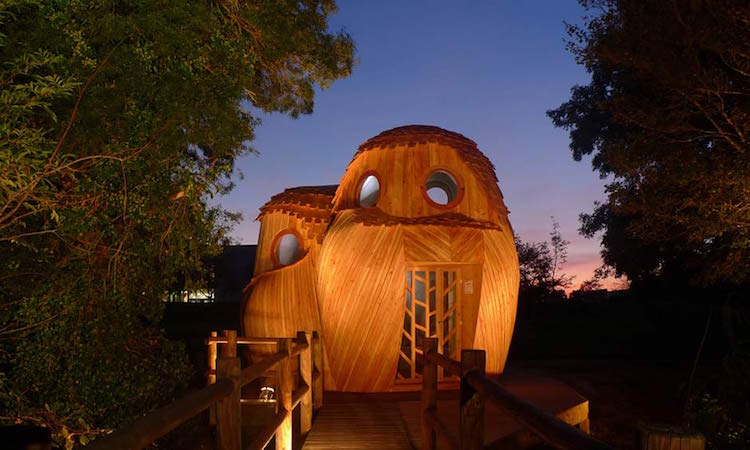 All images via Zebra3.

12 Cozy Places to Stargaze Around the World

For $100 a Night, You Can Stay in a Bed and Breakfast Shaped Like a Beagle

Would you curl up in this cozy owl cabin?