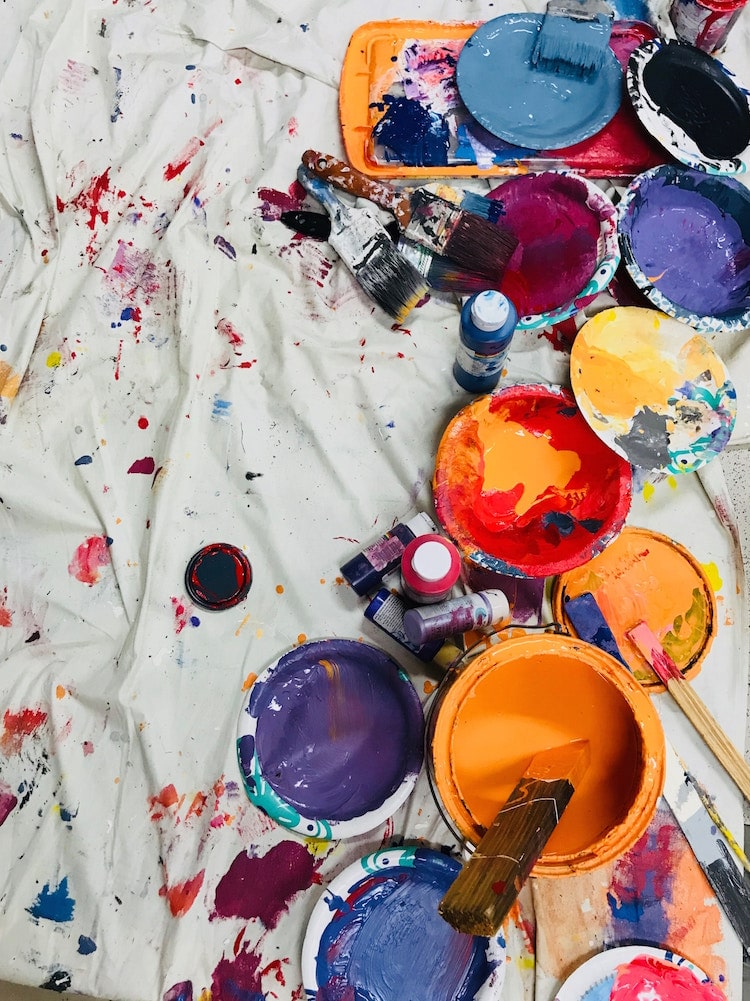 Throughout history, many pioneering artists have found innovative ways to produce paintings, often rejecting the traditional method of brush on canvas. One of the first was Mexican muralist David Alfaro Siqueiros who publicly shunned the paintbrush, calling it “an implement of hair and wood in an age of steel.” With a desire to further push the boundaries of painting techniques, the artist established a radical Experimental Workshop in New York City in 1936. Here, some of the most celebrated names in art history met to pour, scrape, and splatter pigments across the canvas.

From the pioneering painting styles of the abstract expressionists to boundary-pushing modern-day creatives, experimentation is key to creating great works of art. Whether you want to get your hands dirty with finger painting or get to know new tools and styles, here’s 7 creative painting techniques that don’t require a paintbrush. 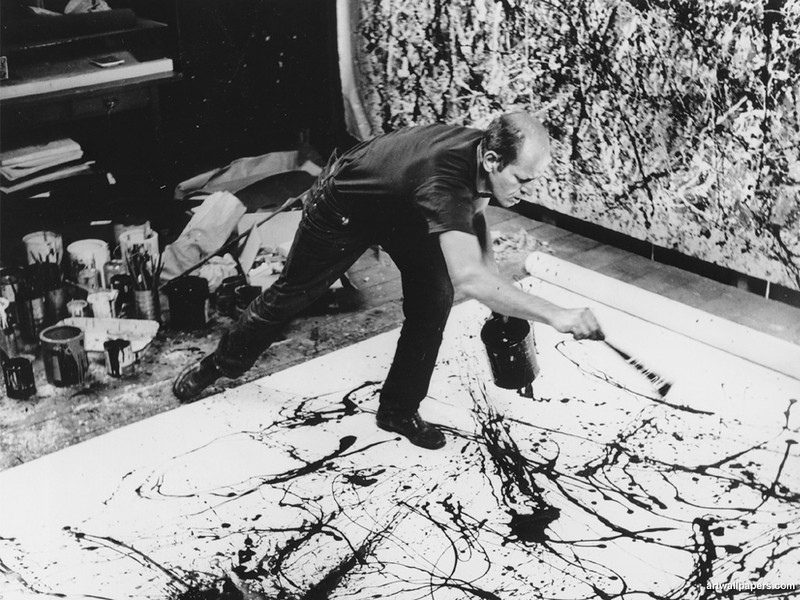 Jackson Pollock is arguably the most well-known artist for flinging pigments across canvases through a process of random movements. His iconic technique involved placing canvases on the floor, then splattering, dripping, and splashing industrial paint onto them using sticks, kitchen tools, and even his bare hands. Rejecting traditional methods of painting, Pollock’s extract expressionist works are thought to visualize the energetic essence of life itself.

However, long before Pollock exhibited his explosive compositions in the mid-1940s, Japanese Zen Buddhist painters were experimenting with splashed ink during the 15th century. And today, many artists continue to experiment with versions of the technique, showcasing freeform action paintings as a timeless style. 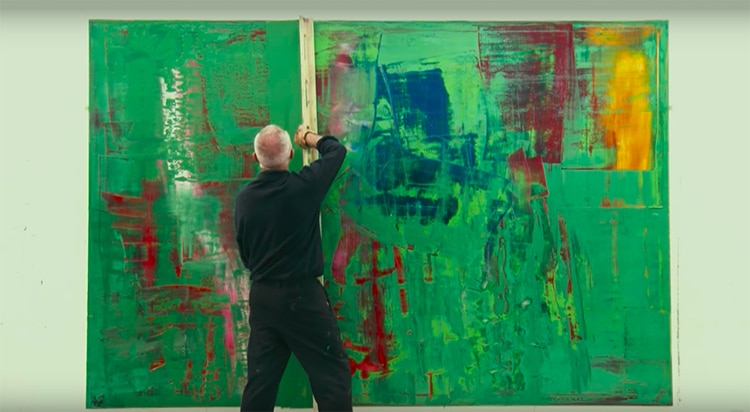 The pulling and scraping technique is mostly associated with Dutch abstract expressionist Willem de Kooning, who pulled paint using a palette knife, and the German contemporary painter Gerhard Richter, who often used a squeegee. Similar to splattering and dripping, the idea is to let the medium dictate the outcome of the artwork. “With a brush you have control,” Richter once explained. “The paint goes on the brush and you make the mark…With the squeegee you lose control.”

Watch the master at work. 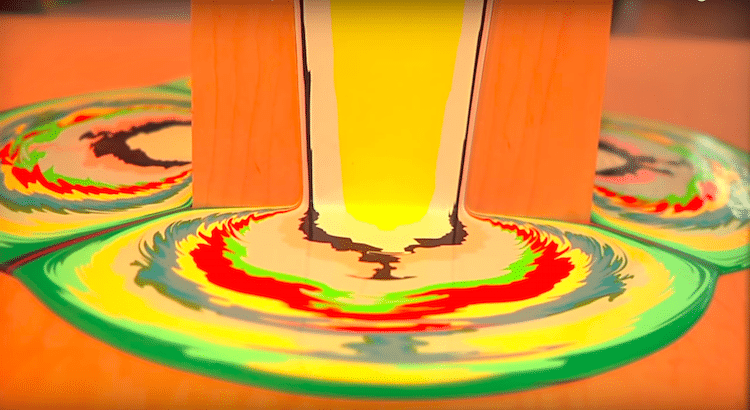 As the name suggests, the pour technique involves spilling different colors of paint directly onto the canvas on top of one another in order to produce unexpected, swirling patterns. The origin of the experimental process began with Mexican abstract expressionist and founder of the Experimental Workshop, David Alfaro Siqueiros, in the 1930s. Calling his works “accidental paintings,” the artist fell in love with the process of pouring liquid pigments onto wooden panels and watching as the colors spread and blurred into one another.

Siqueiros’ work inspired artists such as Morris Louis, Helen Frankenthaler, and later, modern-day creatives such as Holton Rower who uses the technique to produce flowing, abstract paintings and compositions that celebrate pure color.

Finger painting isn’t just for kids—modern-day Impressionist painter Iris Scott shows that this classic form of meditative “play” can actually produce incredible results. Using her hand in place of a brush, Scott creates vibrant, large-scale portraits of animals and more that are full of stunning detail and texture.

Although the artist’s approach seems freehanded, each canvas is always carefully planned. “Sketching and photography are very key,” says Scott. “Sometimes it’s a photograph that provides the inspiration, and sometimes I just start sketching and develop the composition.” 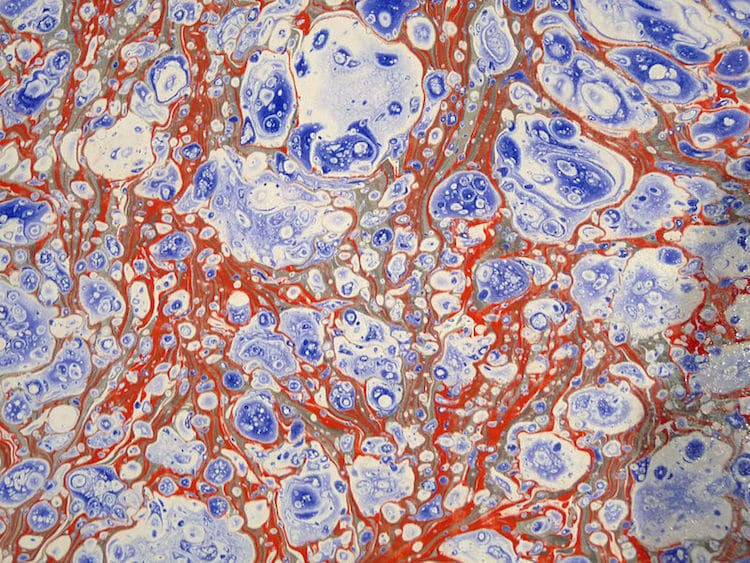 An example of the Ebru technique by Ji-Elle. (Photo: Wikimedia Commons [CC BY-SA 3.0])

Particularly popular in Turkey and Central Asia, Ebru paintings (also known as paper marbling) are produced using dyes, a water-based solution, and a unique set of tools. The colorful dyes are added to the liquid surface before the artist uses a pointed tool called an awl or a comb to manipulate the liquid hues into swirling designs and patterns. A sheet of paper is then carefully placed on top to transfer the image.

Medieval-era travelers brought the Ebru technique from Turkey to Europe, and it was later associated with the art of bookbinding—you might even find old marbled book covers today in old book shops and flea markets. Although Ebru is an ancient technique, many modern-day artists are continuing to produce mesmerizing patterns using the same approach.

Discover how you can paint on water.

Airbrushes were originally designed in the 1800s to be used as a photo retouching tool, but today, many artists opt for the subtle spray painting technique in order to achieve smooth, photo-realistic gradations. Painters such as Chuck Close use the industrial tool to create paintings that don’t look like paintings at all. To achieve a photo-like finish in his Mark (1978-9) piece, he sprayed light layers of the four basic colors used in digital printing, cyan, magenta, yellow, and black (CYMK), resulting in incredible hyperrealistic portraits. In an interview with Artforum in 1970, he said, “To avoid a painterly brushstroke and surface, I use some pretty devious means, such as razor blades, electric drills, and airbrushes.”

Today, many contemporary artists have adopted the airbrush to create similarly hyperrealistic creations.

Watch artist Rafa Fonseca use an airbrush for his portrait of fictional character, Harley Quinn. 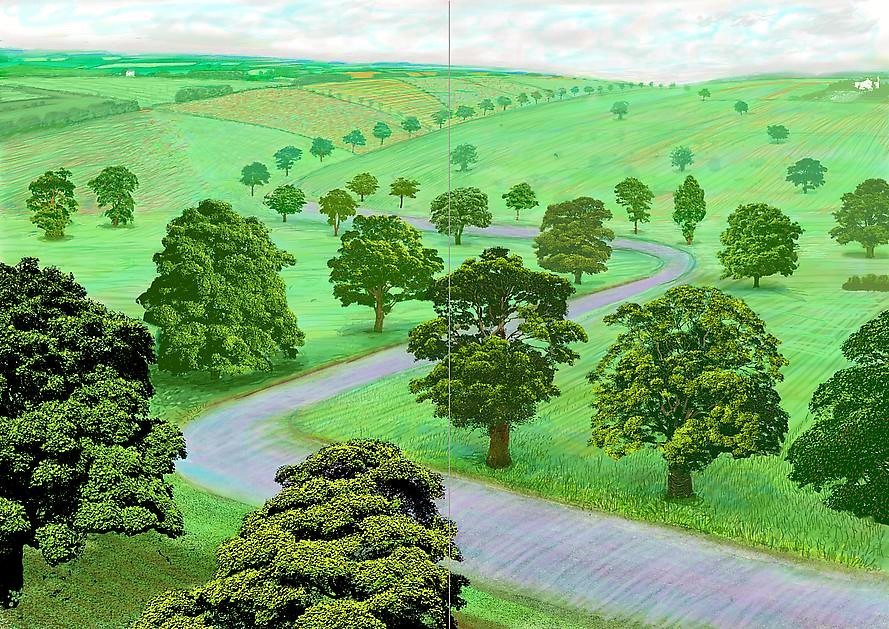 With the rise of digital technology and rapid improvements in computer software, artists are now able to move away from the traditional canvas in favor of a computer screen. There’s a variety of learning resources and digital tools available that allow tech-savvy creatives to create painterly effects using customizable brushes and virtual palettes.

Although digital painting isn’t for everyone, even traditional painters have adopted the new medium. Famous British artist David Hockney, for example, recently created a series of vivid landscapes “painted” outside, or en plein air, using an iPad, a stylus, and the Brushes application. “People from the village come up and tease me: ‘We hear you’ve started drawing on your telephone,’ ” Hockney wrote in a catalogue for the de Young Museum. “And I tell them, ‘Well, no, actually, it’s just that occasionally I speak on my sketch pad.’ ”

Learn some basic tips for how you can create your own digital painting.