If you love the wide avenues and romantic architecture of Paris, France, you might have Baron Georges-Eugène Haussmann to thank. Though Haussmann remains one of the most controversial urban planners in history, his design for Paris has become engrained in the city’s aesthetic and reputation.

Haussmann was a dynamic figure with a larger-than-life legacy. Napoléon’s nephew, Emperor Napoléon III, upon meeting him was quoted saying, “I had in front of me one of the most extraordinary men of our time; big, strong, vigorous, energetic, and at the same time clever and devious, with a spirit full of resources.” These qualities would help Haussman completely change the city—for better or for worse—when the emperor appointed him to oversee the renovation of Paris’ old neighborhoods that he found dirty and overcrowded.

The complete renovation, or “Haussmannization” as it later came to be called, occurred between 1853 and 1870 when Haussmann was fired due to overwhelming dissatisfaction from the public. During this time—and in fact, even after his dismissal—Haussmann would transform the city in radical ways by demolishing entire neighborhoods and building completely new infrastructure. 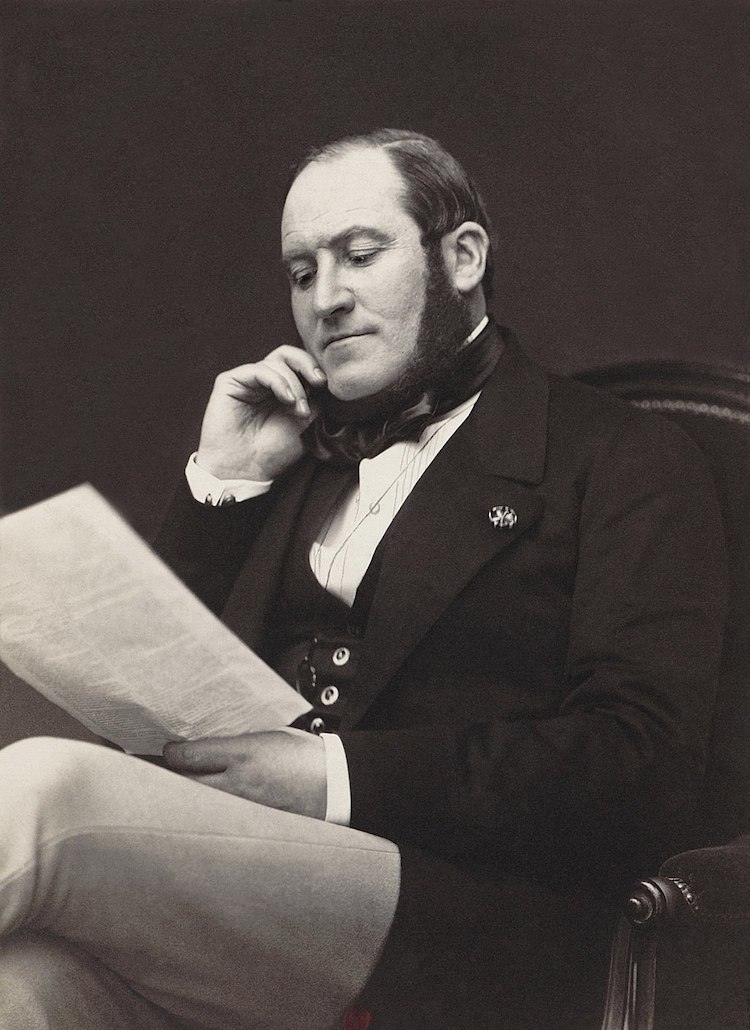 Haussmann’s Paris was very much also Napoléon III’s Paris. In 1852 Napoléon III announced, “Paris is the heart of France. Let us apply our efforts to embellishing this great city. Let us open new streets, make the working-class quarters, which lack air and light, more healthy, and let the beneficial sunlight reach everywhere within our walls.” The next year, he appointed Haussmann as the Prefect of the Seine and gave him a mission: give Paris air, connect it, and unify it. More poetically, he asked him to aérer, unifier, et embellir Paris.

Haussmann widened the tight medieval streets into expansive avenues to bring more light and air into the blocks. He annexed the suburbs around the more urban area of Paris, built new sewer systems, and much more. Many of these changes happened extremely quickly since he no longer had to run decisions by parliament—thanks to a new rule passed shortly before Napoléon III’s coup d’etat—and only had to approve the appropriation of lands with the emperor.

The Beauty of the New Paris 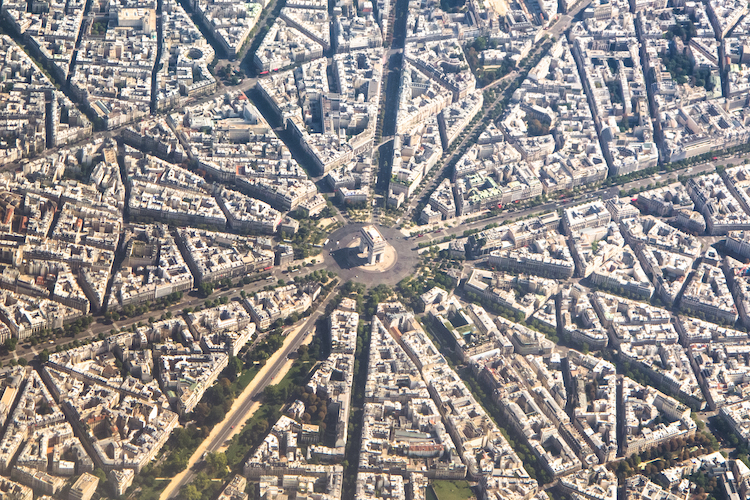 During the renovation, Haussmann would knock down around 12,000 buildings. He built up lampposts for safer night life, a sewage system for overall health, and aqueducts for clean drinking water. He would also create an axial system of streets that highlighted important cultural centers of Parisian life.

Patrice de Moncan, a French historian who writes extensively on Paris and Haussmann, believes that Haussmann is unjustly villainized. Interestingly, he believes a part of this negative reputation can be attributed to the legendary writer Victor Hugo.

“The Second Empire and Napoléon III were despised by republicans, and Haussmann was the victim of this political backlash,” Moncan wrote. “Victor Hugo hated him, and because everyone in France regarded what Hugo wrote as the word of God, they hated Haussmann too. Hugo, the man who wrote Les Miserables about how desperate conditions were in Paris, accused Haussmann of destroying the city’s medieval charm!” 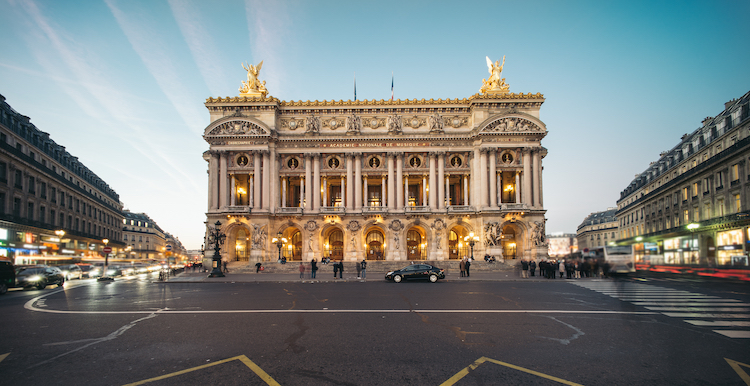 It is certainly undeniable that Haussmann “cleaned up” Paris. In terms of health, the city was struggling with cholera, typhoid, and other ailments. It was also desperately in need of the sewage system that Haussmann later implemented. These were all aligned with Napoléon III’s mission to clean up the dingy city.

Aside from the practical fixes, the uniformity of the architecture with its continuous horizontal lines is something still adored by tourists and Parisians today. The urban scheme also planned and created room for structures that are now very important to the city, such as the Palais Garnier and the iconic Haussmannian style buildings along Boulevard Haussmann. 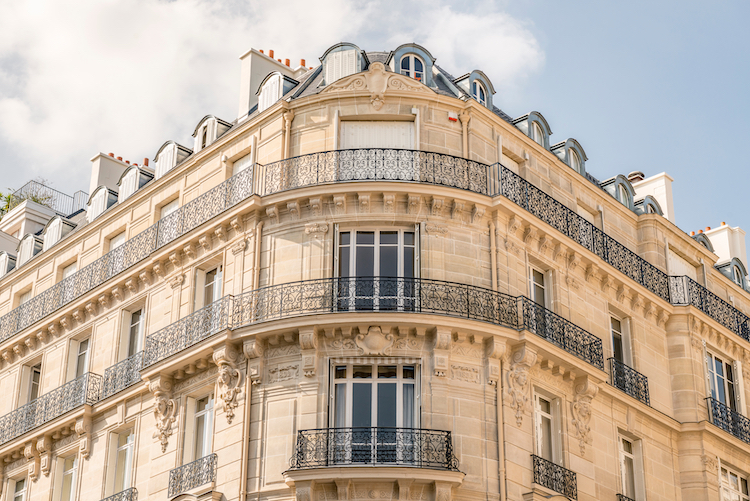 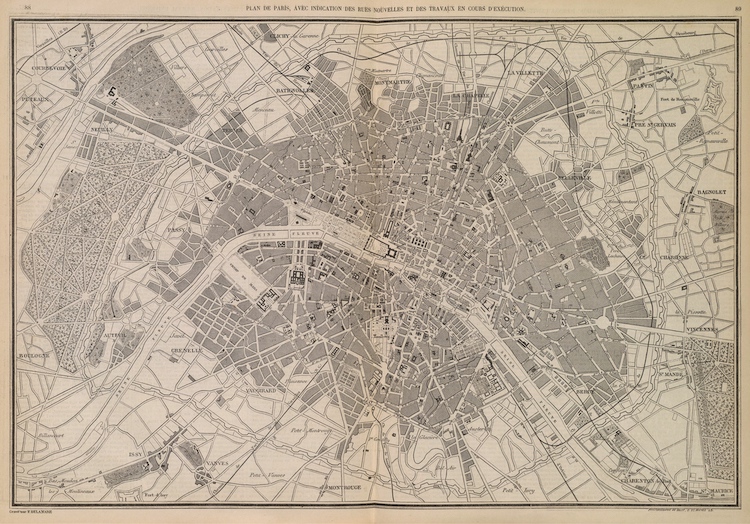 Poet Charles Baudelaire wrote The Swan in mourning of the medieval charm of the “Old Paris,” an excerpt of which reads:

changes half so fast as a city's face) …

“Paris changes … but in sadness like mine
nothing stirs—new buildings, old
neighborhoods turn to allegory,

and memories weigh more than stone.”

Haussmann’s search for cleanliness meant much of Paris’ oldest architecture was destroyed. It is for this reason that winding streets is not a feature many cite when expecting what to see in Paris. Instead, we picture the wide avenues with lush greenery and posh shops.

These wide avenues are another point towards Haussmann’s negative influence. Conveniently for Napoléon III, the broad streets served a different purpose. Any uprising or protest after the Emporer’s coup d’etat could quickly be stopped by military intervention—a feat much more difficult in the historically narrow streets. Aside from this, the new Paris was also not as diverse as the original city. Much of the new architecture was designed to serve the rich and created a clear gap between the rich and the poor Parisians. 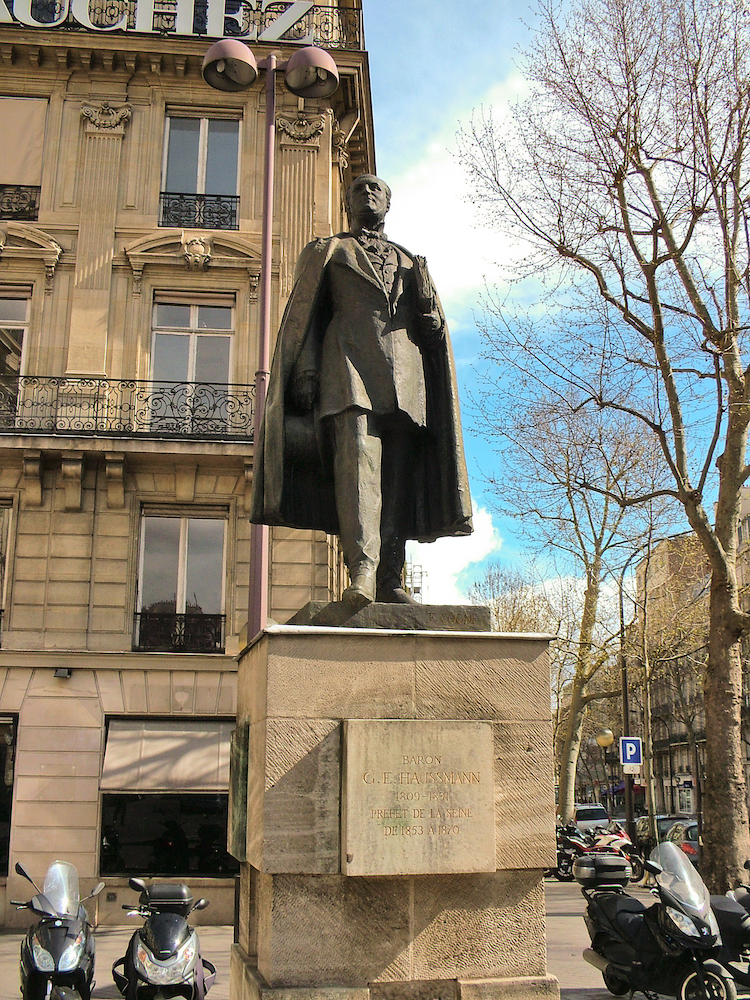 After so much time has passed since the end of Haussmannization—thought to be around 1927—people are still not sure what to think of this historic figure. This divided legacy makes a lot of sense when you see it from both sides. From the perspective of a foreigner—and some Parisians as well—some of Haussmann’s famous streets are beautiful picturesque scenes straight from a painting. To many others, especially Parisians, Haussmann decimated history and the features that made Paris special. His wide avenues may have partially been designed to allow the military to squash uprising more easily yet his work did make parts of Paris safer and healthier—for those who were not displaced, of course.

No matter which side you more agree with, the story of Haussmannization is certainly an incredible one because it is an unlikely account of how two men so radically transformed an entire city and whose influence can still be clearly felt today.