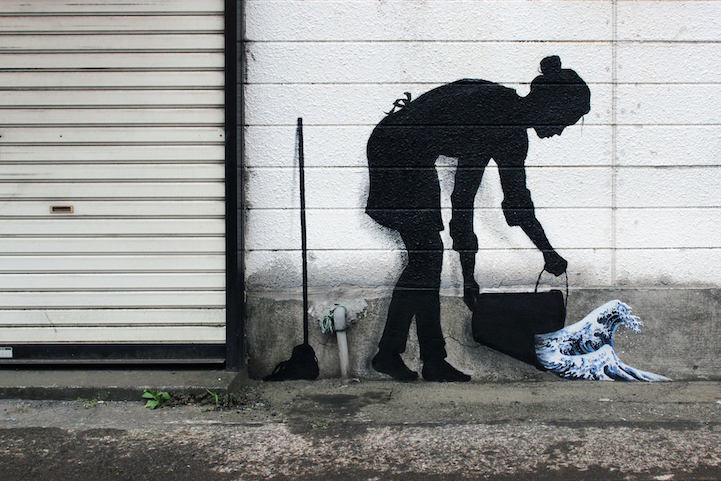 Spanish street artist Pejac recently finished a tour of Asia, where he decorated the streets of cities in Hong Kong, South Korea, and Japan with whimsical paintings and installations. Tokyo, one of his destinations, became the canvas on which he unleashed his praises and critiques of Japanese society in the form of four unique works of art, located around the metropolis.

“For this tour, I wanted to make interventions that tackle the current political and social situations of each city while addressing topics in an a temporal and poetic manner,” the artist shared in an article on Bored Panda. Reinterpreting iconic cultural imagery like bonsai and Hokusai's The Great Wave in his signature hand-painted style, Pejac playfully paid tribute to traditions of the past while looking critically at realities of the present.

Above: Everyone is an Artist: “This is my witty tribute to the working women of Japan.” 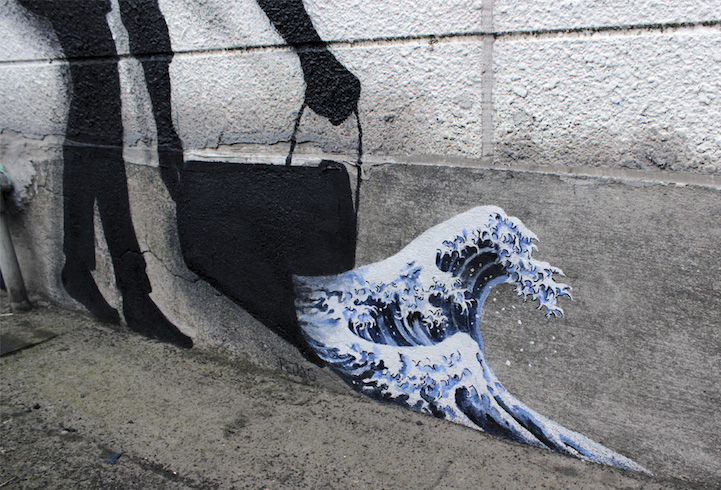 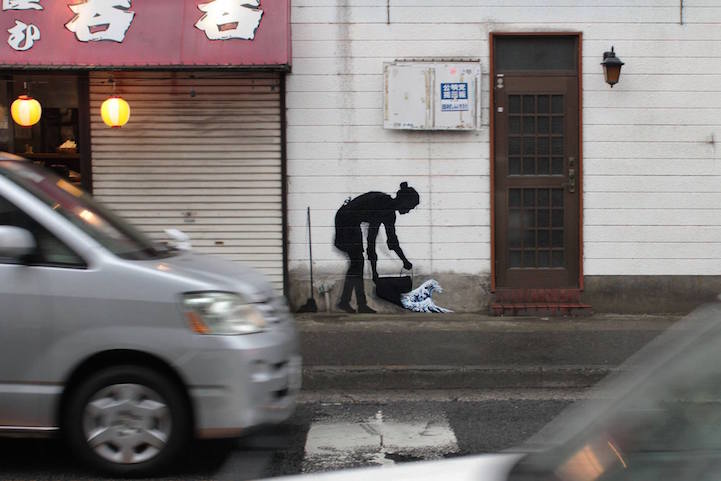 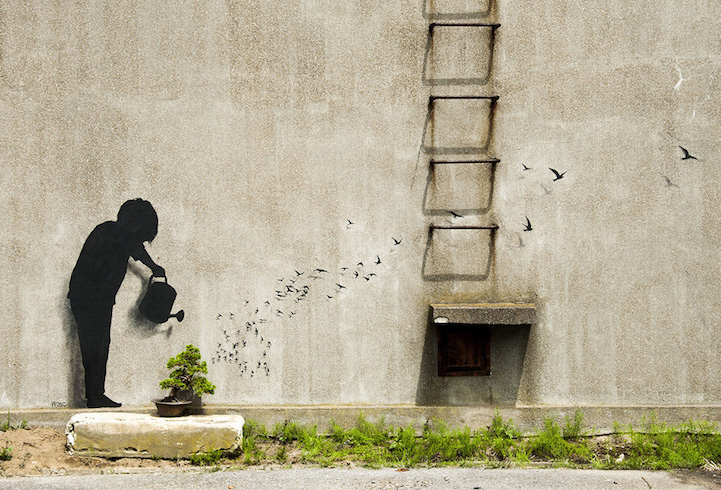 Gulliver: “Using an icon of Japanese culture that I have always felt interested in, the bonsai, I wanted to make a surrealistic work that plays with the scale of different elements.” 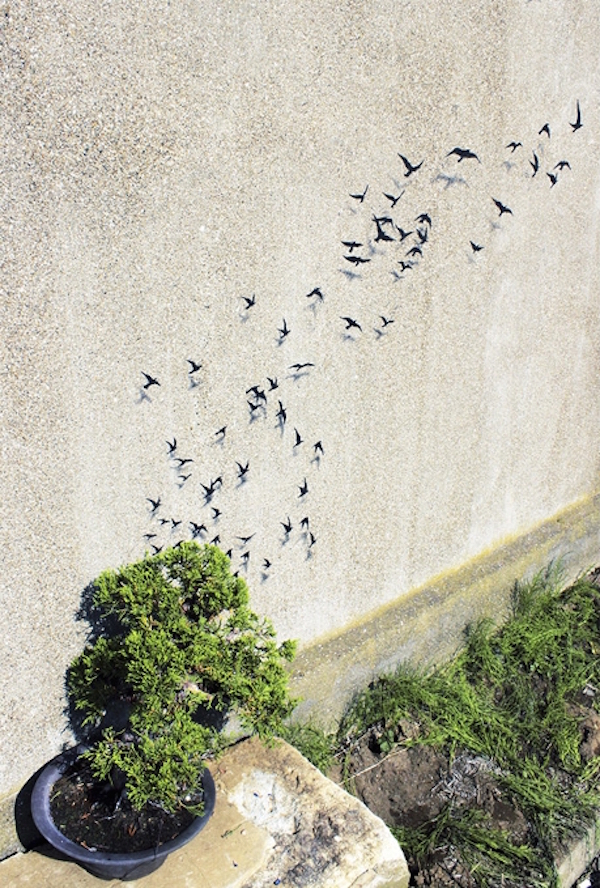 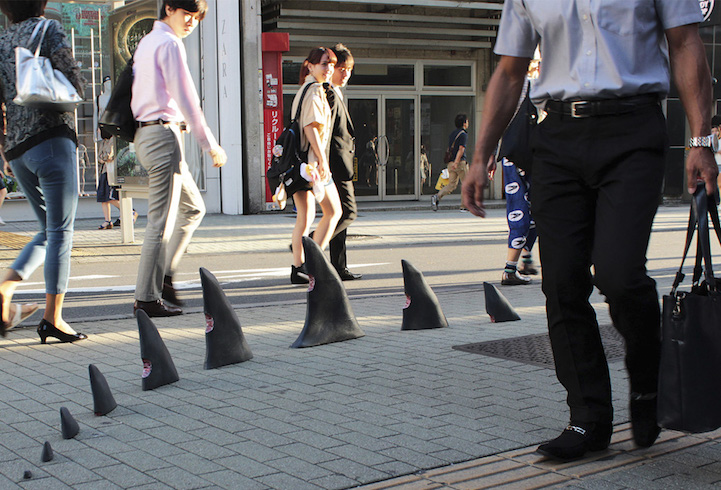 Shark-fin Soup: “This is a work that makes use of the classic anime aesthetics to camouflage a critique of a reality much less kind: the genocide of a species (sharks), for which Japanese consumers are not the only, but the most responsible for.” 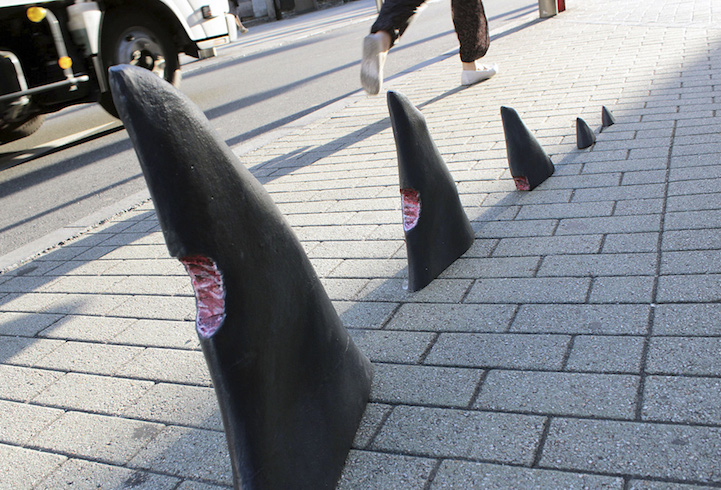 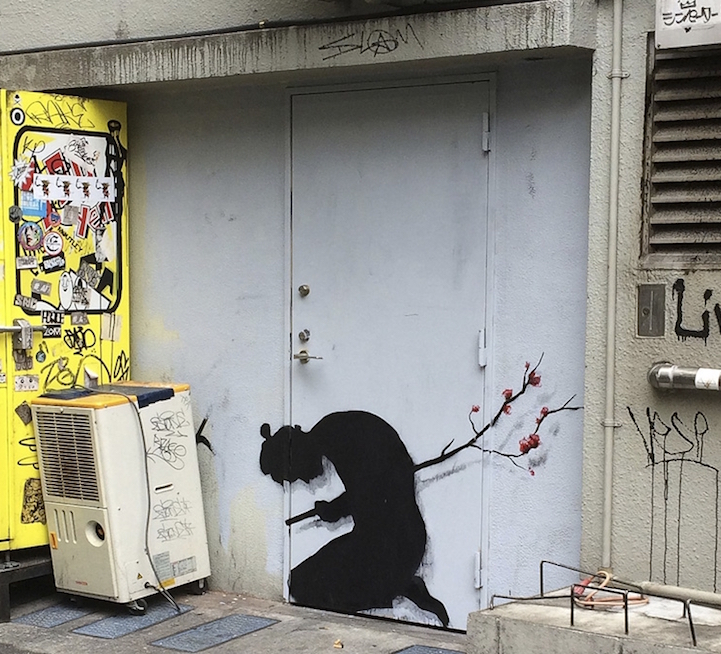 Seppuku: “I made this sort of tribute as a manner of thank you to the Japanese culture for the inspiration that drove me to create it in the first place.” 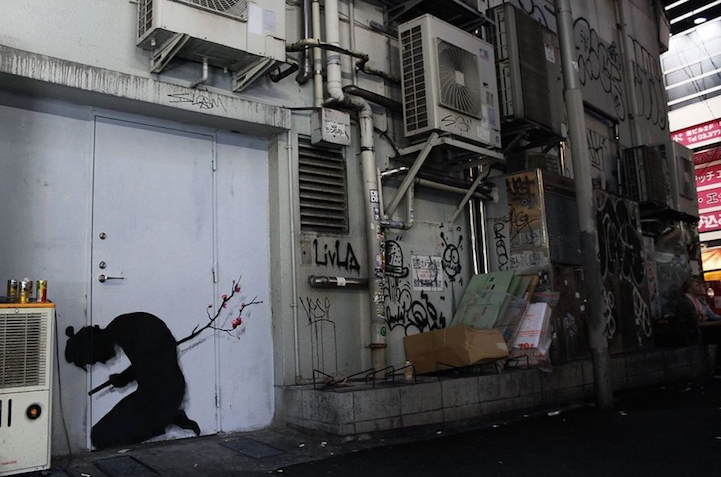