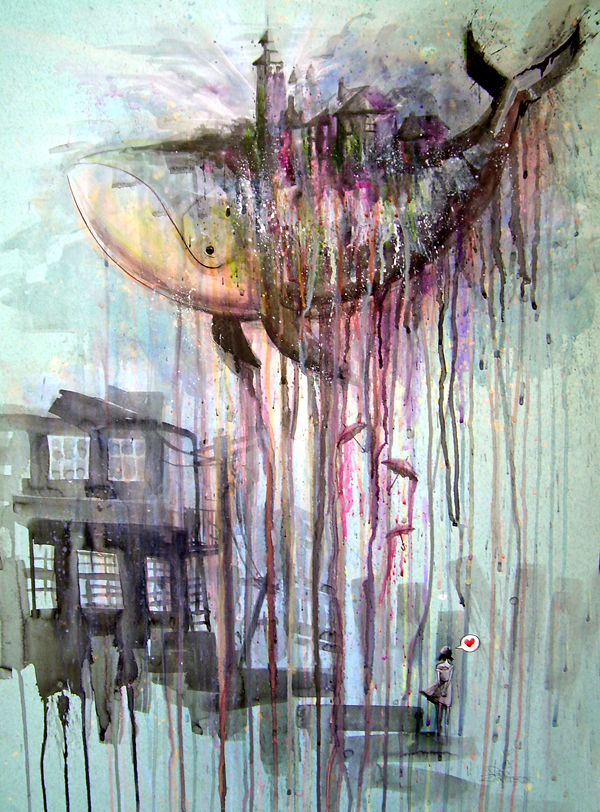 Lora Zombie, a young, self-taught Russian artist, calls her artwork “Grunge Art.” Heavily influenced and inspired by music, Zombie's artwork is absolutely stunning. Her pieces are defined but not confined by watercolor splatters that dominate the canvas. While the splatters may look chaotic, they are actually perfectly placed in an aesthetically pleasing manner. Each splatter looks thoughtfully placed, making these seemingly random pieces of art actually products of skill and patience.

Zombie has amassed an online presence with a soaring number of fans and has just broken into the gallery scene. In fact, she recently had an exhibition in Toronto, Canada called Drugs and Unicorns where 50 brand new pieces were shown for one night only, on October 21st, 2011. Her stunning works definitely make her one to watch. 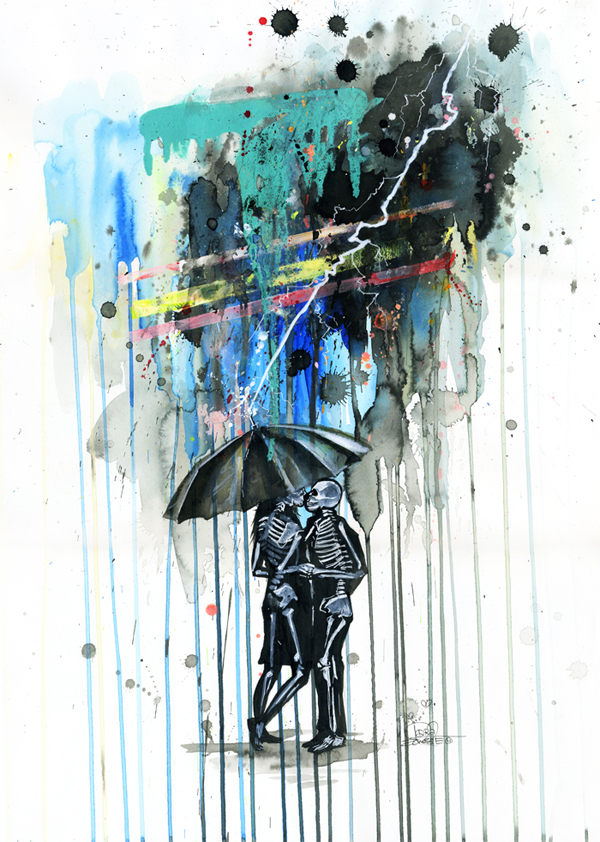 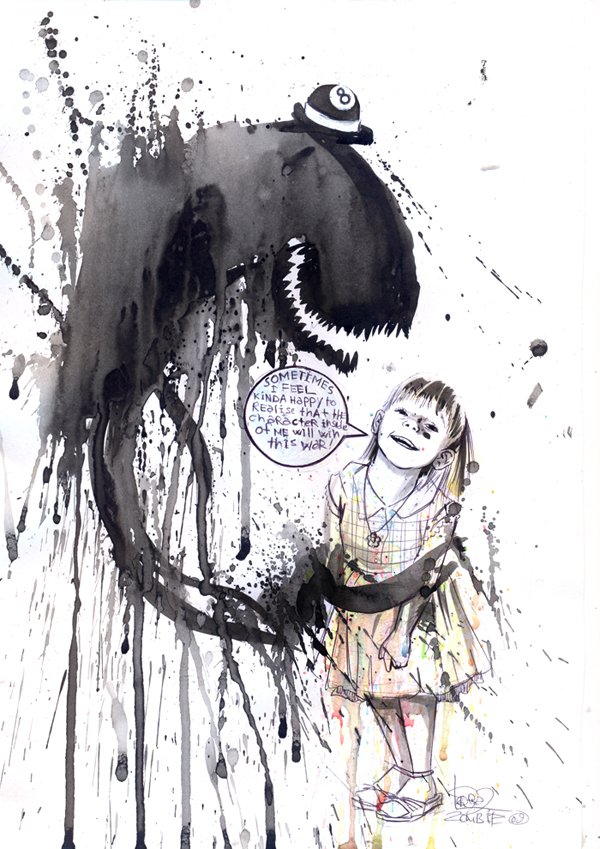 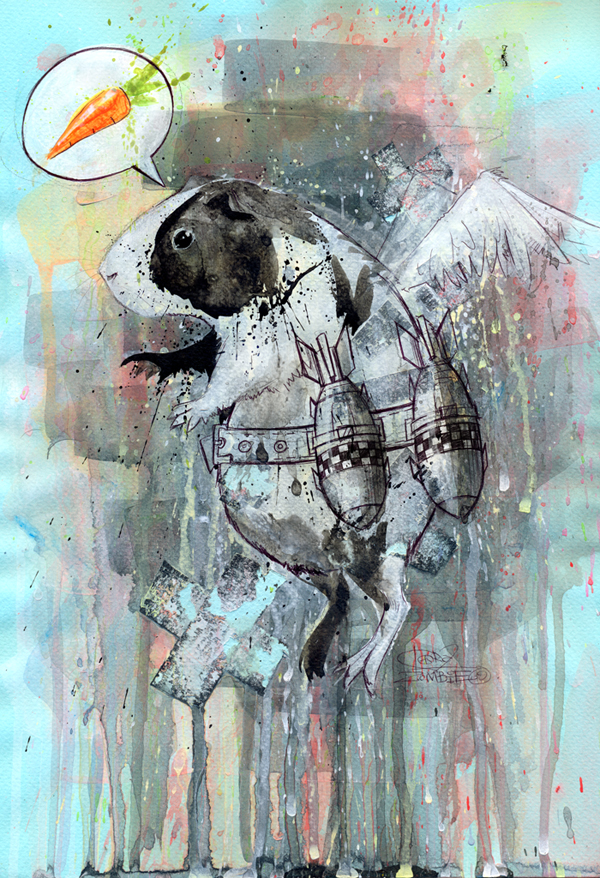 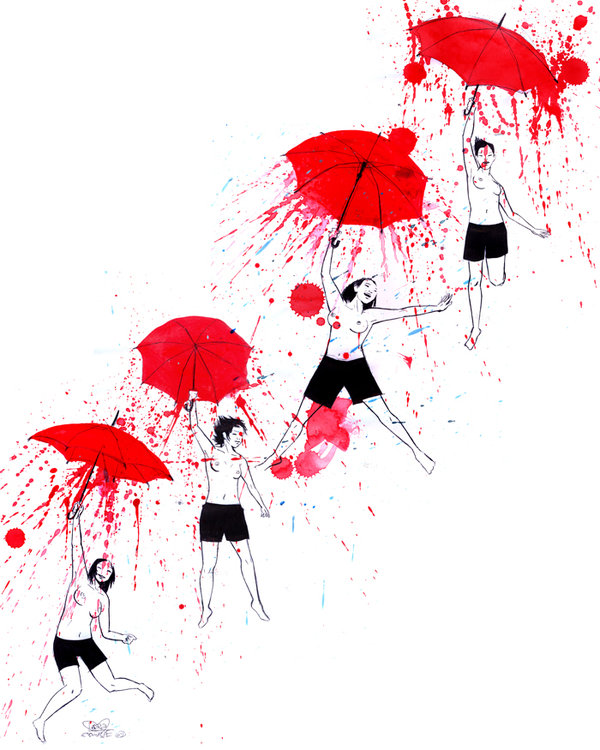 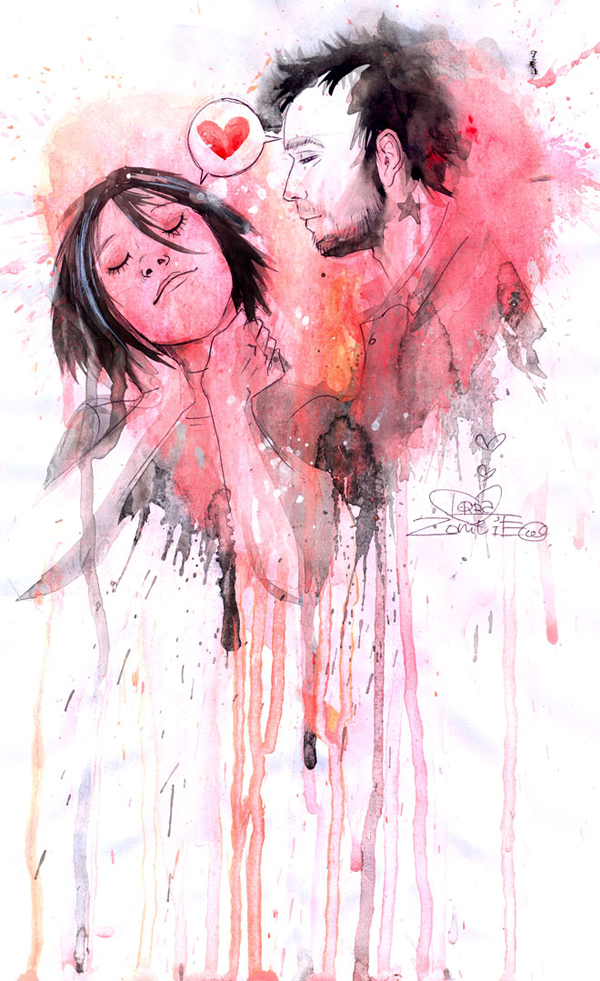 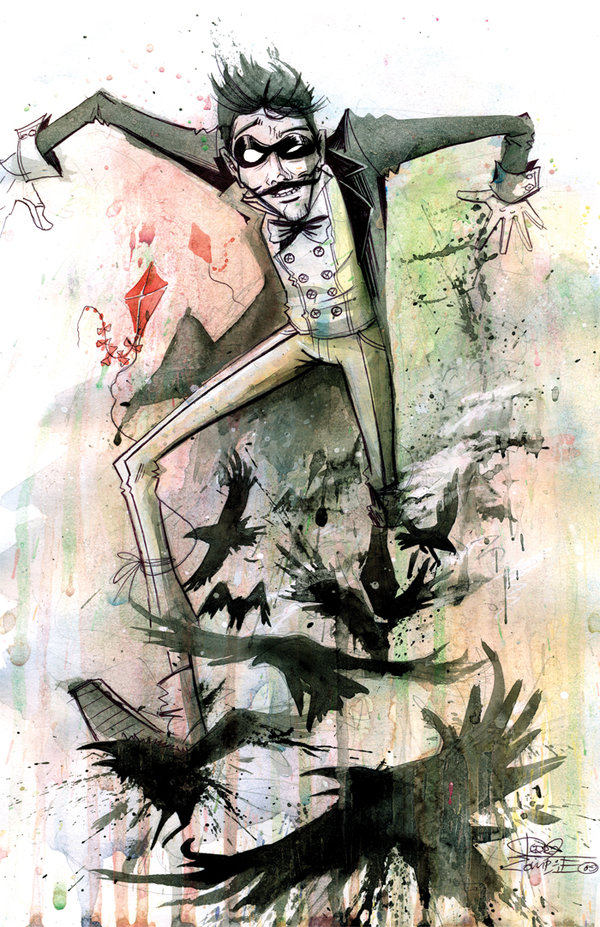 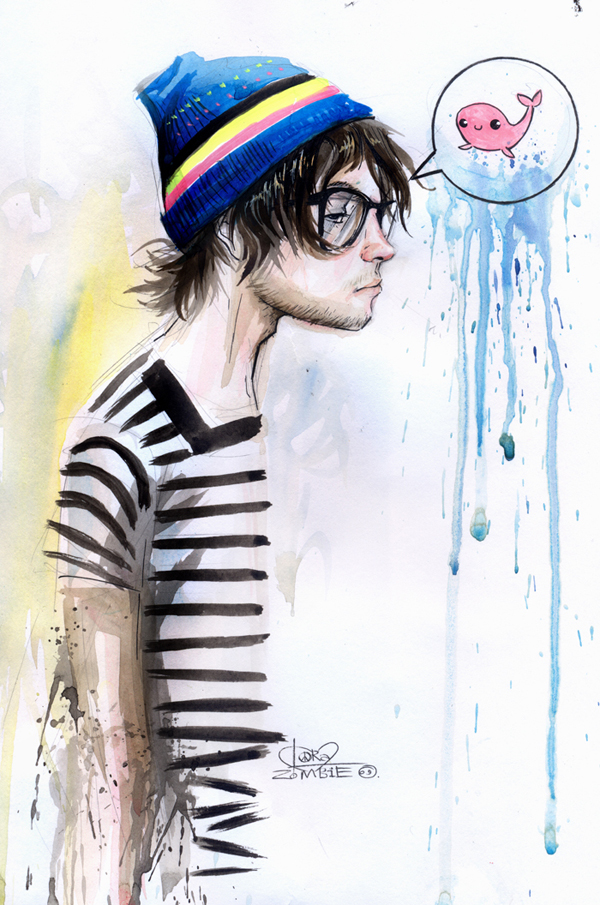 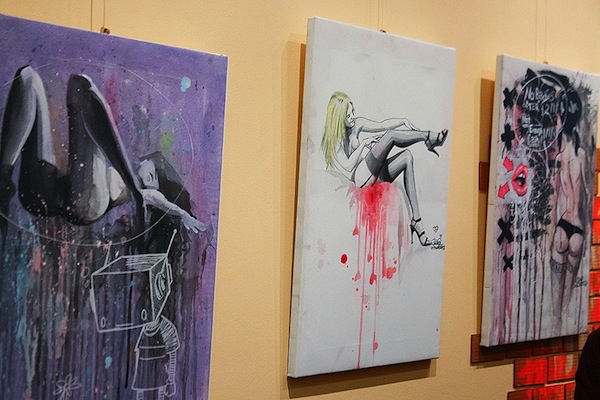 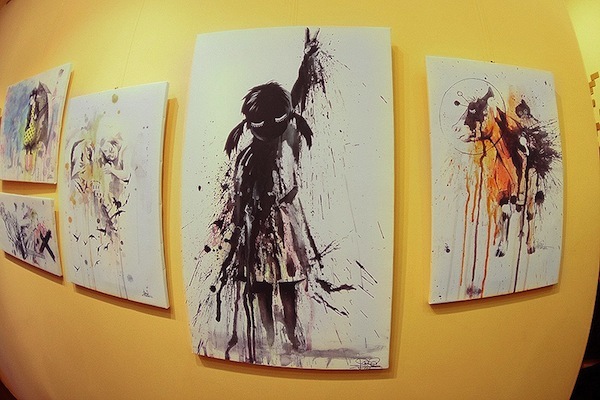 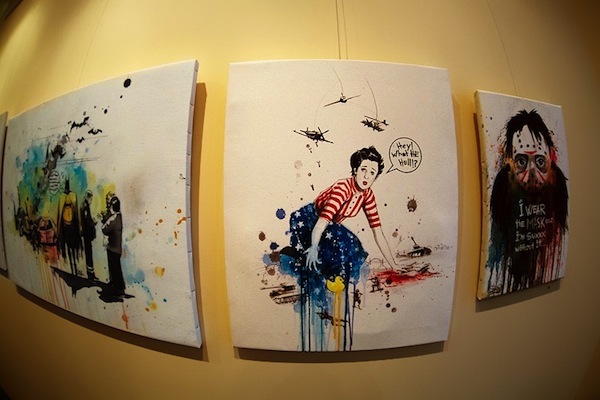 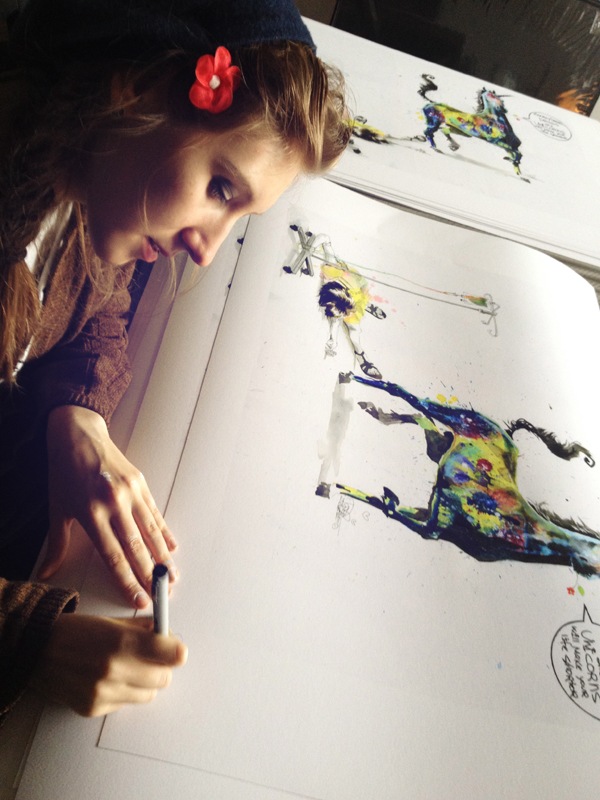