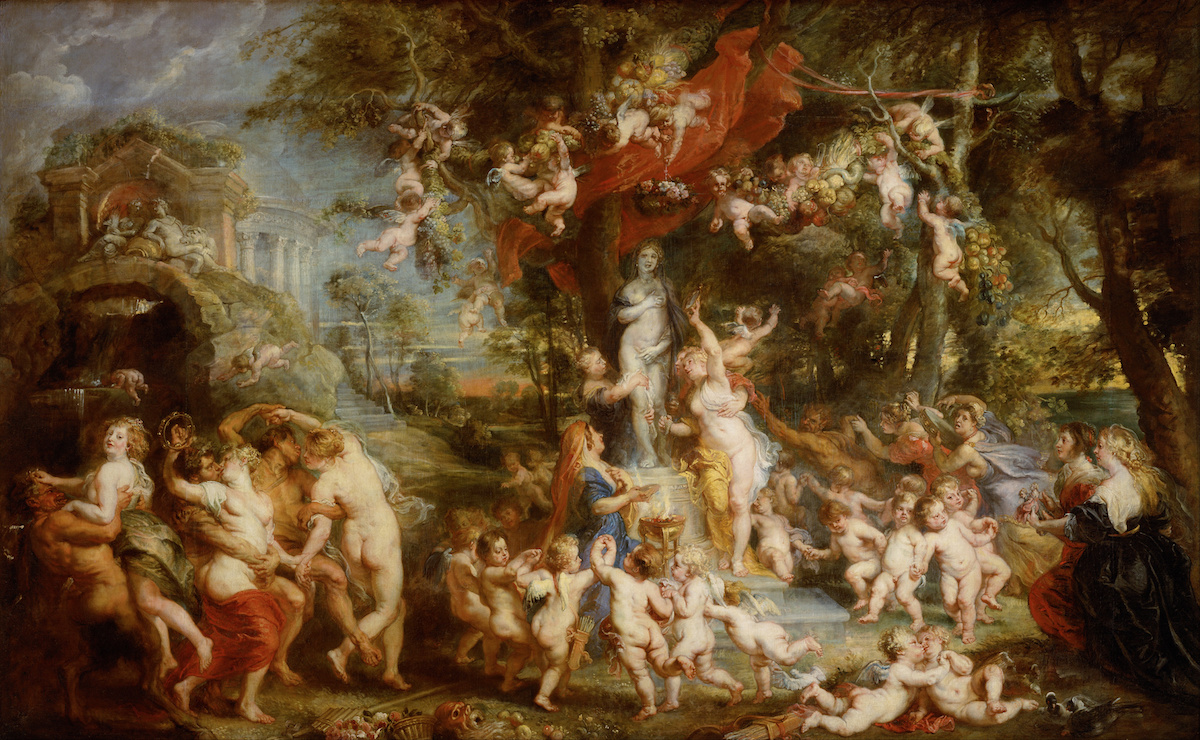 After the Renaissance, painting underwent another more dramatic transformation known as Baroque. The artists who emerged from this period created flamboyant pictures that were full of color, sensuality, and drama. One of the most influential figures from this era is Flemish Baroque painter Peter Paul Rubens.

Known for his voluptuous women, opulent colors, and dynamic compositions, Rubens established himself as a prominent court painter for the Spanish Hapsburgs, developing an international reputation as an artist and diplomat. Here, we will learn more about Rubens and the characteristics of his unique style.

Who was Peter Paul Rubens? 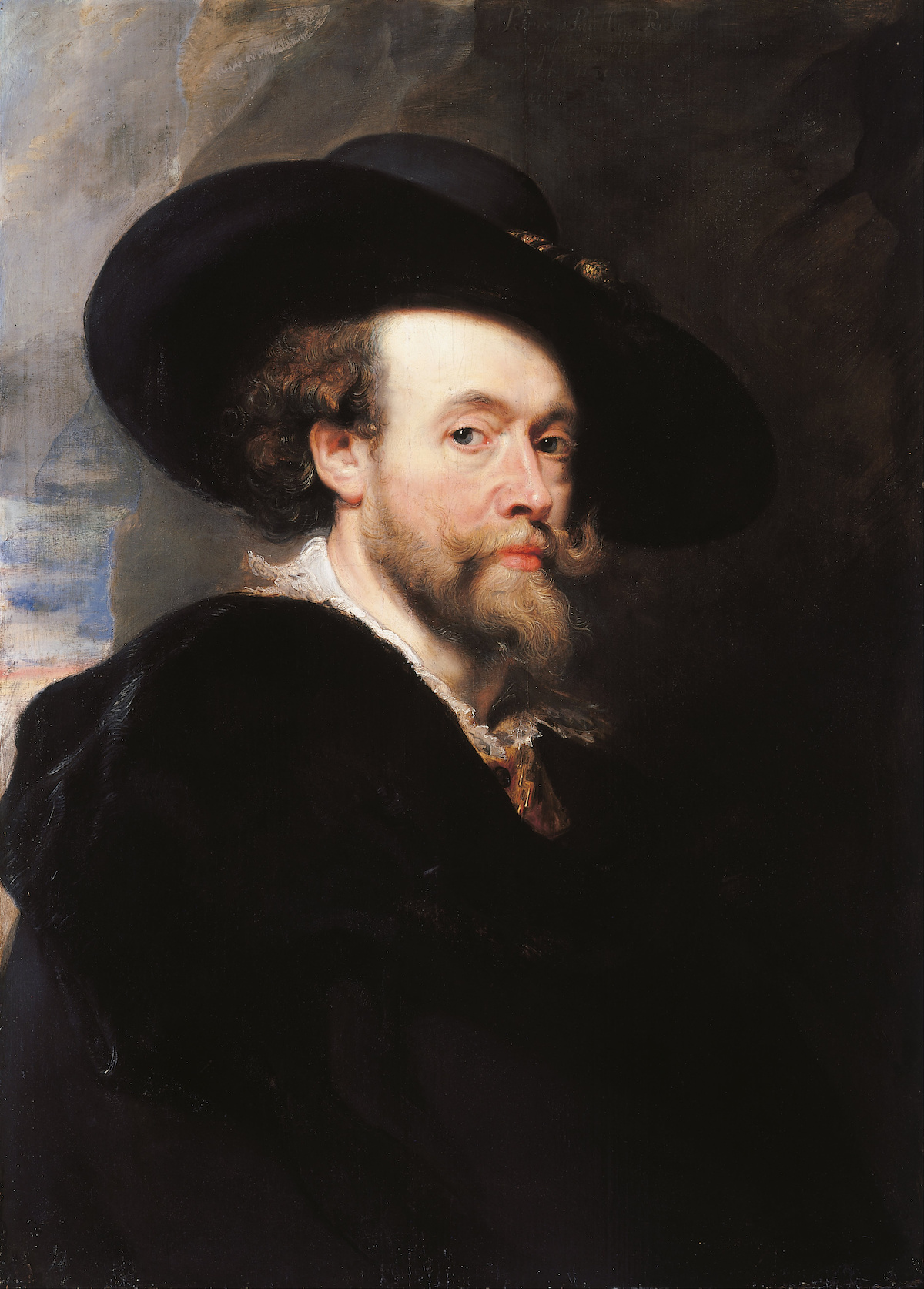 “Portrait of the Artist,” oil on panel, 1623. (Photo: Public Domain, via Wikimedia Commons.)

He was born in Seigen in the Holy Roman Empire in 1577 but moved to Antwerp (modern-day Belgium) in 1589 with his family. There, he demonstrated a talent for art and was placed in apprenticeships with different artists practicing the Mannerist style.

When Rubens was in his early 20s, he traveled to Italy and studied the works of Renaissance masters like Titian, Michelangelo, and Raphael, as well as Italian Baroque painter Caravaggio—all of whom made a large impact on his art. In addition, the Hellenistic sculpture Laocoön and His Sons became a life-long influence. 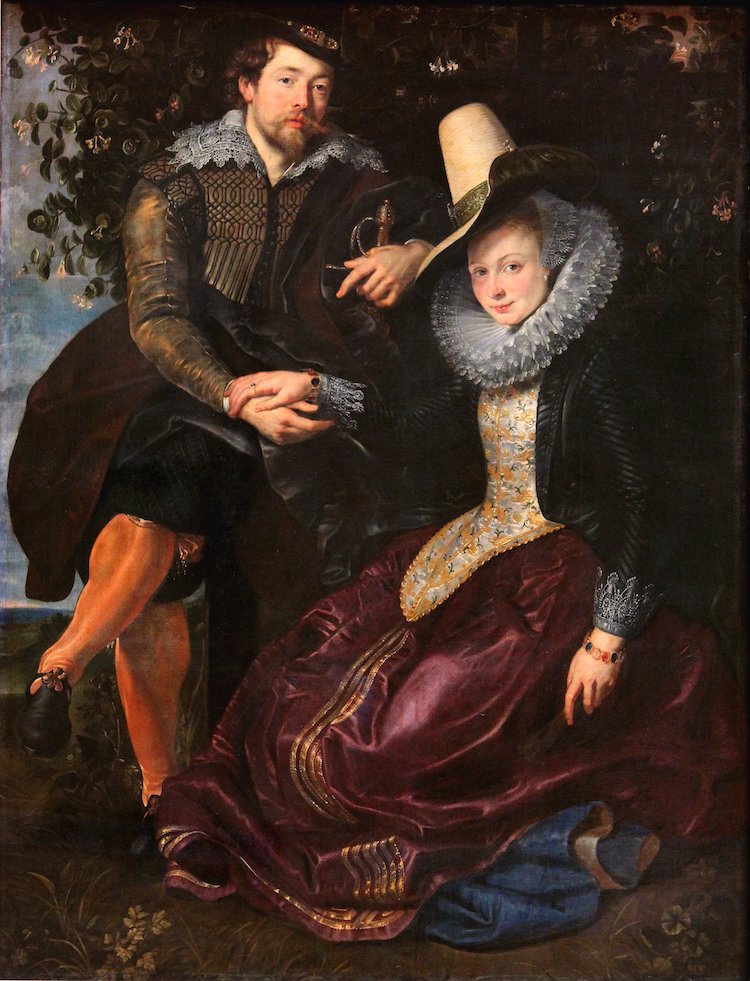 Rubens became the court painter of Albert VII, Archduke of Austria (1599 – 1621), and Infanta Isabella Clara Eugenia of Spain (1566 – 1633) in 1609, and would remain in the patronage of the Spanish Hapsburgs for the rest of his life. He was not only valued as an artist but also as a diplomat, and often engaged in information-gathering activities for the royal family. 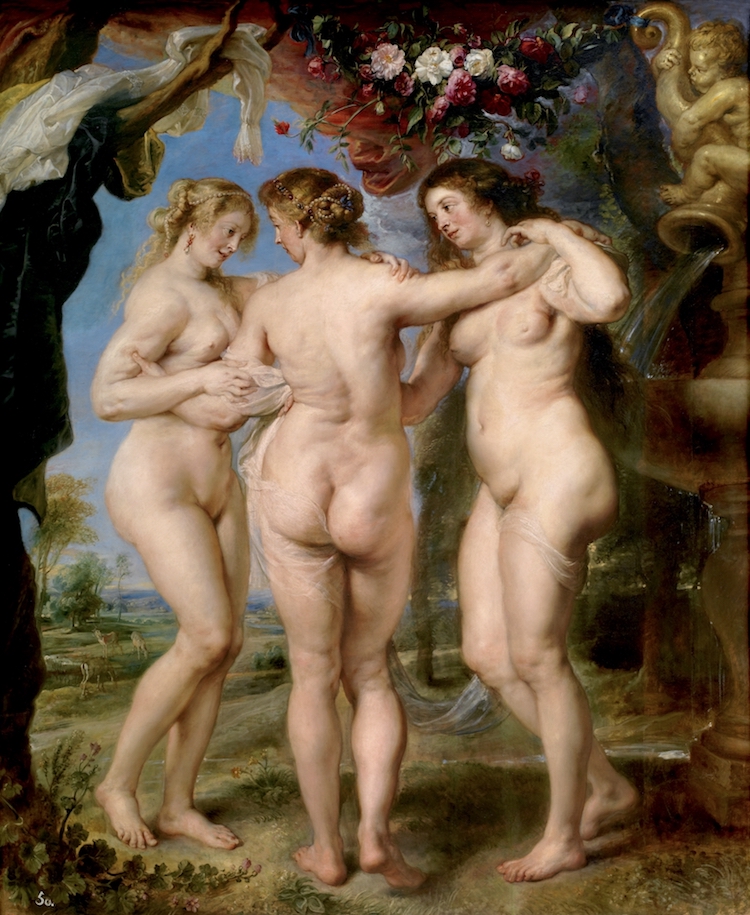 Female nudes were highly popular in Baroque art, especially in depictions of mythological scenes. Rubens is especially well known for the way he rendered women, preferring to paint soft-bodied, voluptuous figures. This style was highly popular at the time and gave rise to terms like “Rubenesque” to describe full-figured female nudes.

Rubens's expressive style was also applied to his paintings of men, albeit in opposing ways. His male subjects are depicted as large, highly muscular figures in dynamic, twisting poses reminiscent of Michelangelo‘s characters from the Sistine Chapel ceiling. 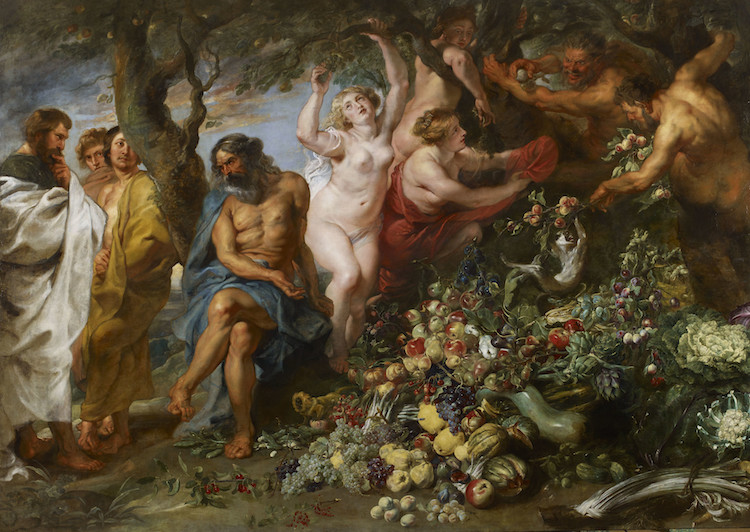 Rubens was a great admirer of Italian Renaissance artist Titian (c. 1488 – 1576) and the Venetian style of painting that emphasized color over drawings. He applied the same philosophy to his own Baroque style art by using rich colors to enhance the drama and opulence of his paintings.

A master of the human form, Rubens used his expertise to create compelling paintings full of energy and movement. Most of his paintings feature groups of twisting figures. In doing so, they create visual pathways for the viewer and give the sense that the narrative is unfolding before their eyes. 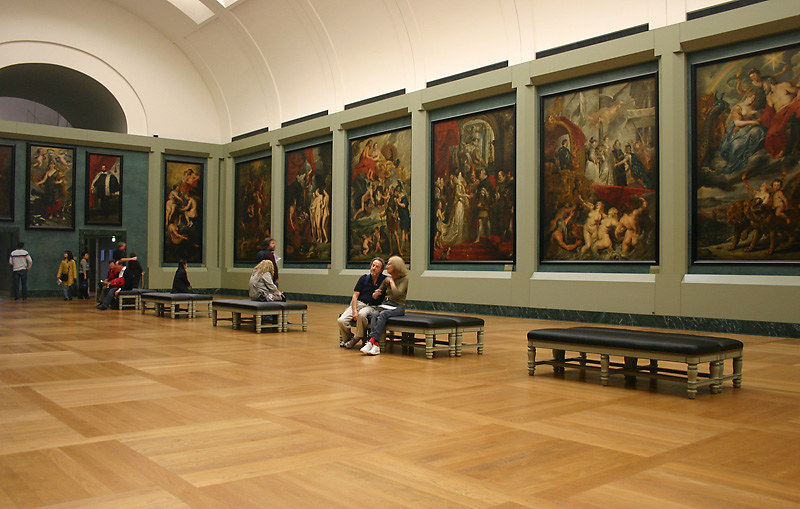 The patronage of the Spanish Hapsburgs helped Rubens spread his reputation as an artist across Europe. In 1621, when he was one of the most well-known painters in Europe, Rubens was commissioned by the Queen Mother of France, Marie de' Medici (1575 – 1642) to create his most ambitious project to date: a series of 24 paintings immortalizing the queen's life.

Rubens used his knowledge of mythology and allegorical representations to embellish Marie's life, which lacked any major accomplishments or events. Many of the paintings feature iconography from Greek and Roman mythology as well as from the Bible. While Rubens has assistants to paint backgrounds and details—speeding up the process—he was contractually obligated to paint all of the figures himself.

Today, the Marie de' Medici Cycle can be viewed in the Louvre Museum in Paris. 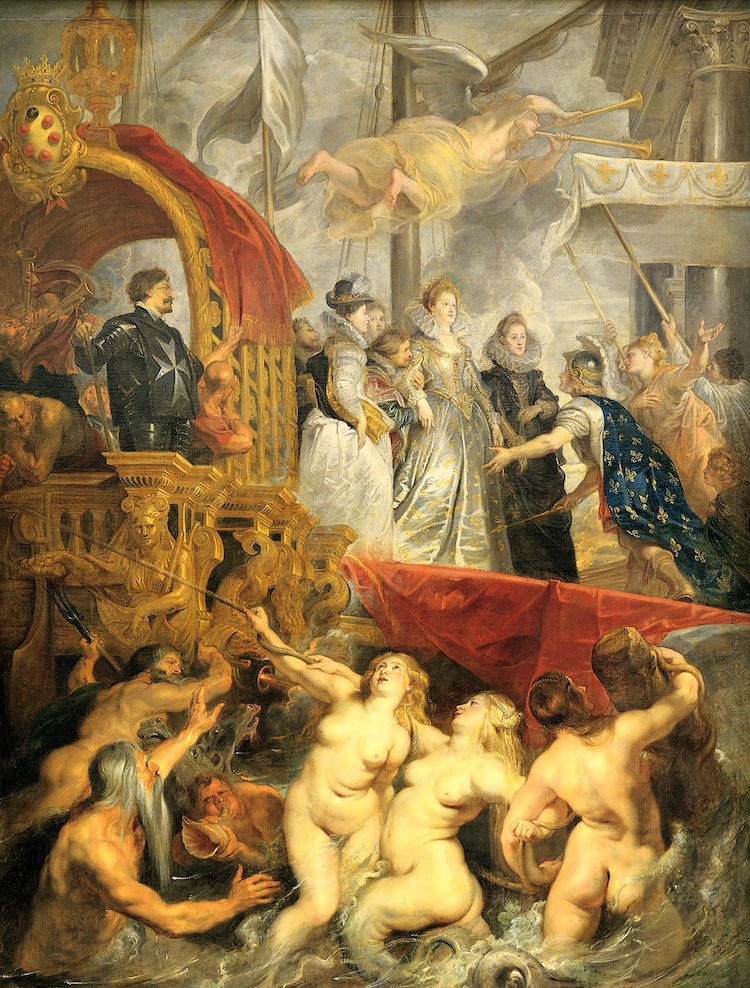 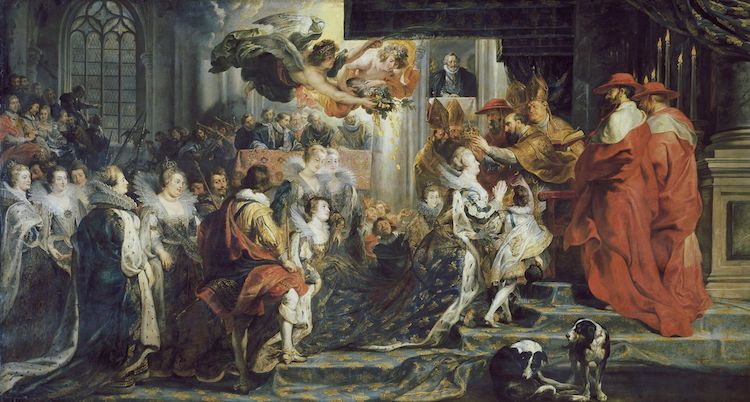