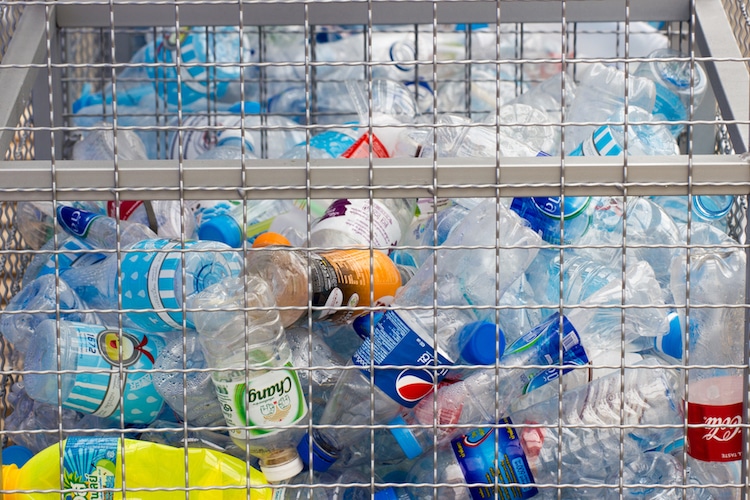 We spend a lot of time thinking about how to solve the world's plastic problem, from laws banning single-use plastics to creative fashions made from recycled plastic. But one of the most exciting innovations to combat the plastic pollution was an accident. Scientists, looking to improve upon an enzyme that had evolved to eat plastic, have created a mutant enzyme that breaks down plastic bottles.

Researchers began examining the evolution of a plastic eating bacteria that developed in a Japanese waste facility in 2016. While examining the enzyme, which was been nicknamed “PETase” for its ability to break down PET, they inadvertently improved its performance. By tweaking a part of the enzyme's structure to be involved with digesting PET, they increased its power, allowing it to also break down an alternate form of PET known as PEF.

PET, or polyethylene terephthalate, is one of the world's most common plastics and is notoriously difficult to break down, taking centuries to degrade. And even though PET is used in common items like soda bottles, only a little over half is collected and recycled. Instead, much of it finds its way onto ocean floors.

The new, super enzyme has the ability to speed up PET degradation, taking just a few days to begin breaking it down. For the scientists, the discovery was a pleasant suprise. “What actually turned out was we improved the enzyme, which was a bit of a shock,” said Prof John McGeehan from the University of Portsmouth, UK. “It’s great and a real finding.”

McGeehan is hopeful that the discovery can encourage manufacturers to use more recycled plastic instead of opting for cheap, virgin PET. “What we are hoping to do is use this enzyme to turn this plastic back into its original components, so we can literally recycle it back to plastic,” he shared. “It means we won’t need to dig up any more oil and, fundamentally, it should reduce the amount of plastic in the environment.”