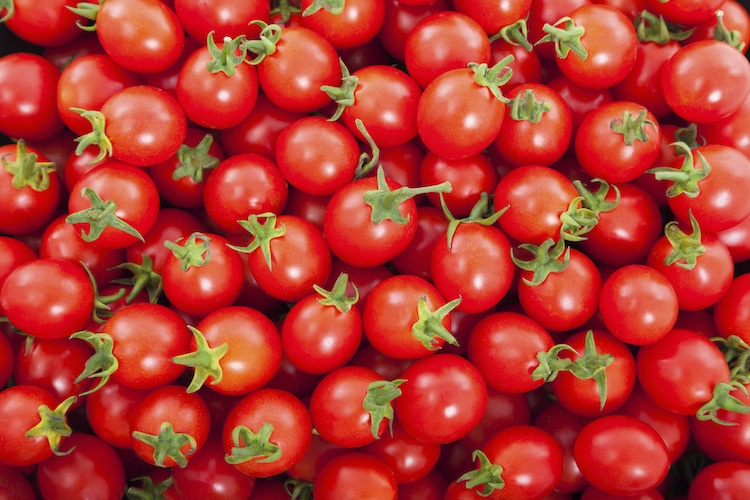 Douglas Smith isn't your typical backyard gardener. This IT manager and father does a lot more than water and fertilize his vegetable garden. He's actually transformed his garden into a sort of agricultural experiment/contest where he pushes himself to see what he can grow. Now, his efforts have paid off as Guinness World Records confirmed that he'd grown the most tomatoes from a single stem/truss. How many, you ask? 1,269 cherry tomatoes to be exact.

Smith, who is based in Hertfordshire, UK, is fascinated by growing large vegetables and, in 2020, he set the record for the UK's largest tomato (6.85 lbs.). He then set his sites on an even bigger record—the most tomatoes on a single stem. The previous record of 488 tomatoes had stood for over 10 years. By studying scientific papers and taking soil samples to a lab for testing, Smith was able to blow the record out of the water—all from his backyard greenhouse.

Smith spends three to four hours a week tending to his garden and all that care paid off when he began counting. The first vine held 839 tomatoes—already a record—but when he got to the second vine, things got even better. Separating the tomatoes carefully into boxes of 10, the number steadily climbed until it reached 1,269. The count was later confirmed by an independent horticulturalist. The record-breaking plant was harvested in the fall of 2021, but the record was officially confirmed in March 2022.

So now that Smith has tackled this record, what's next? After also growing the UK's tallest sunflower—a staggering 20 feet—he's setting his sights on more veggies. He's currently running experiments with peas, eggplants, and potatoes that will give him the information he needs to eventually take a run at a record. In particular, he's keen to work with peas, though was coy about what record he wants to break as not to tip off any other record-seeking gardeners.

Today I went for another Guinness Record attempt for ‘most tomatoes on a single stem/truss’ – 1,269 tomatoes counted vs my previous 839 and the official record of 488. All of course pending official verification. A big thanks to @MattOliver87 from the RHS. @craigglenday @GWR pic.twitter.com/xQdI3PURQT

This broke his previous record of 839. Both numbers handily beat the 2010 record of 488 tomatoes.

PC Herod was an independent witness for a Guinness World Record attempt today. Douglas of Stanstead Abbotts has beaten the most tomatoes grown on a single stem. The current record is 488 with a total count 839. Awaiting verification! @MattOliver87 @sweetpeasalads @happeninginhert pic.twitter.com/rV6asFHWS4

Smith spends up to four hours a week tending to his record-breaking plants.

So today I went for a Guinness World record attempt for ‘most tomatoes on a single truss / stem’.

Today we counted 839 tomatoes vs current WR of 488!! Awaiting verification from Guinness in due course. pic.twitter.com/OgdbUk02rF