By Kristine Mitchell on February 1, 2016 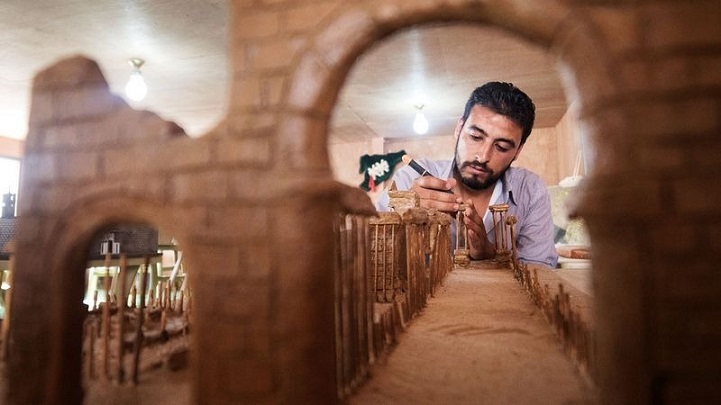 With no signs of slowing down, the conflict in Syria continues to force millions of refugees out of their homes. As victims of the war, they're continually being torn from loved ones and made to watch their country slowly crumble from a distance. In the midst of this chaos, the destruction of a number of historical monuments adds another layer of tragedy to the situation. Recently, militants demolished the ancient city of Palmyra, a UNESCO World Heritage site and location of many significant landmarks. The refugees were unable to do anything but sit back and watch as the Islamic State lay waste to iconic monuments, stripping heritage away from its people.

Located in the bordering country of Jordan, the Za'atari refugee camp is the world's second-largest refugee camp and is gradually evolving into a more permanent settlement. From a vantage point here in Za'atari, a group of Syrian artists have taken it upon themselves to recreate miniature models of the monuments that have been ruined. In efforts to combat the feelings of outrage and helplessness, these painstaking recreations serve as an act of defiance. The original sites may be have been destroyed, but that does not mean that the citizens' rich history must be completely lost and forgotten. 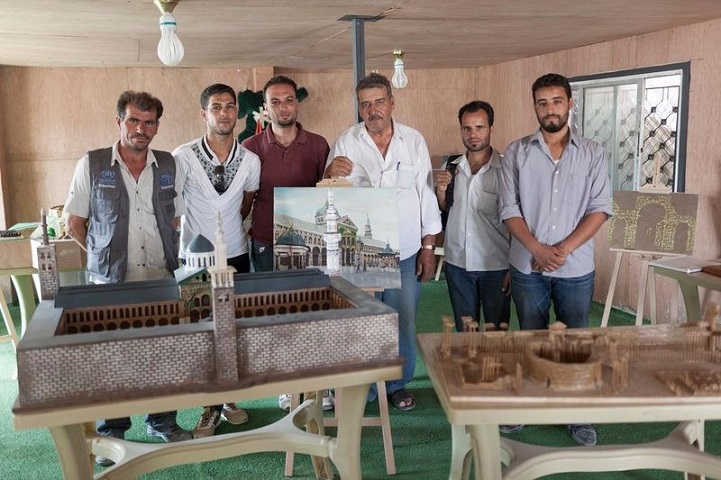 In an interview with the UN Refugee Agency (UNHCR), Mahmoud Hariri, an art teacher and painter from Syria, explained: “This is a way for them not to forget. As artists, we have an important role to play. A lot of what we know about ancient civilizations or prehistoric people is preserved through their art–Egyptian hieroglyphs or cave paintings.” The replicas are created using whatever materials the artists have on hand–from clay and rock to kebab skewers and discarded wood. Despite the makeshift fabrication, the resulting models are beautiful in their ability to symbolize a peoples' determination.

Brought together under the coordination of community leader Ahmad Hariri, the group has since replicated models of iconic landmarks such as the Umayyad Mosque, the Citadel of Aleppo, and the Deir ez-Zor bridge. The hope is that these efforts will keep the memory Syrian culture alive for the future generations that will grow up in this chaotic, displaced state. For these artists, their work helps to restore a sense of hope and purpose in a situation of complete powerlessness. It provides an opportunity to preserve the memory, if not the physical structures, of these cultural landmarks. 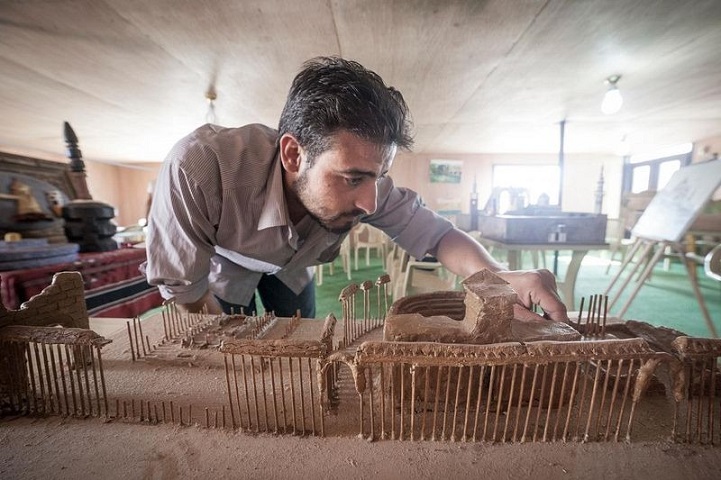 Mahmoud Hariri, constructing a model of Palmyra with clay and wooden kebab skewers. 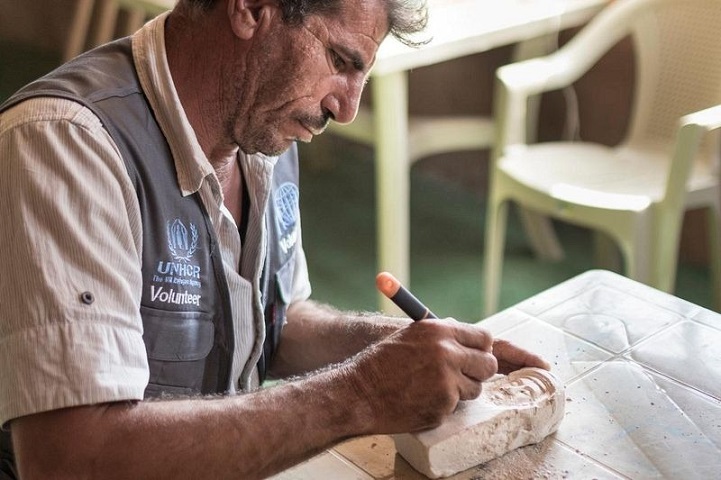 Ismail Hariri carving a monument out of a large volcanic stone found at camp. Ismail was an interior designer before being forced to flee to Jordan with his wife and children in 2013. He has contributed several sculptures to the project. 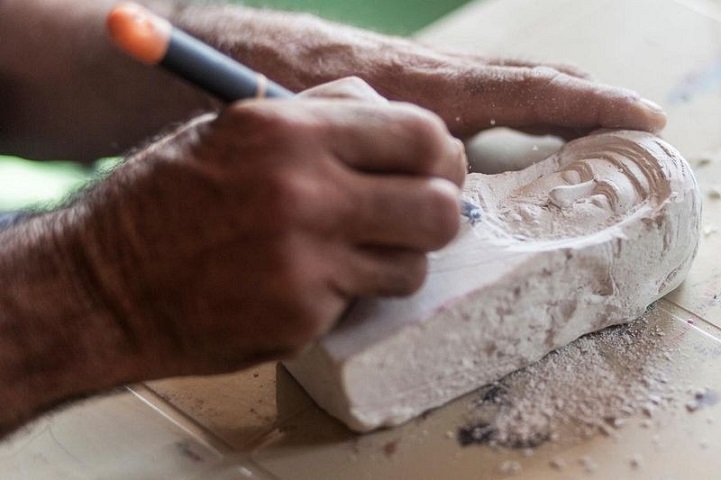 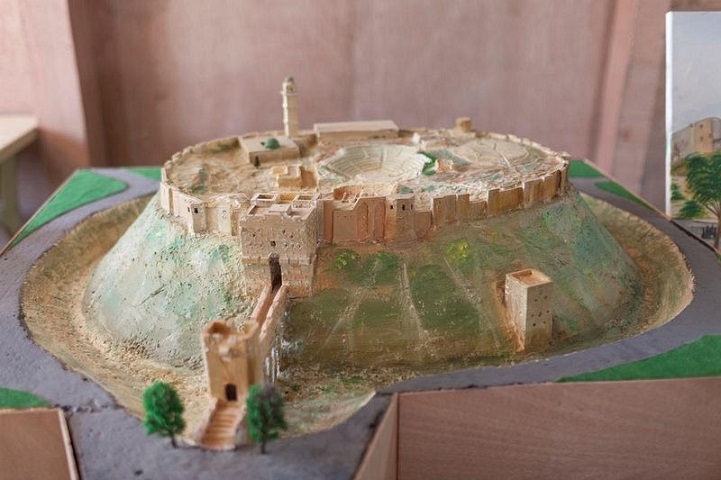 The Citadel of Aleppo, built in the 13th century, and located in one of the oldest cities in the world. Once a popular tourist site, it was then converted to a station used by combatants after fighting broke out in Syria in 2012. It has since been bombed several times. 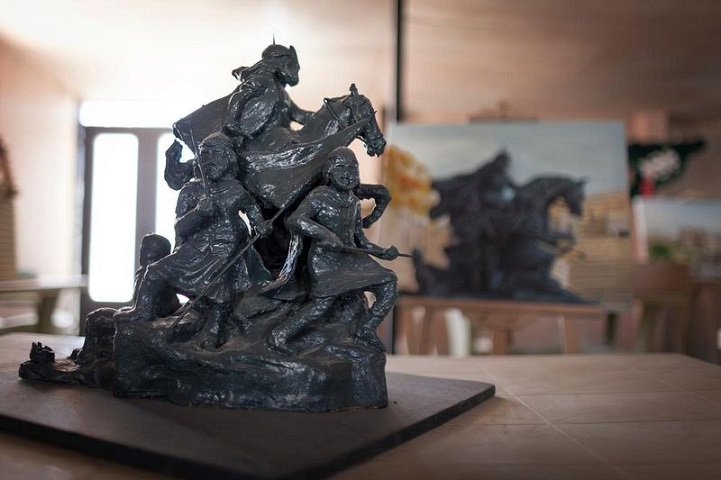 A replica of the statue of Ayyubid Sultan Saladin, a military and political leader famous for leading the Muslim opposition to the European Crusaders in the 12th century. It remains in the city of Damascus, which has not been as heavily damaged yet. 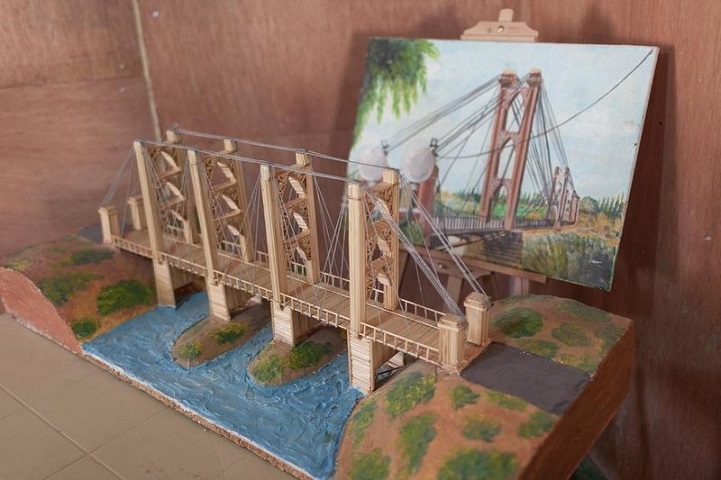 The Deir ez-Zor suspension bridge was built in 1927 for pedestrians to cross over the Euphrates River in north-eastern Syria. It was destroyed by shelling in 2013. 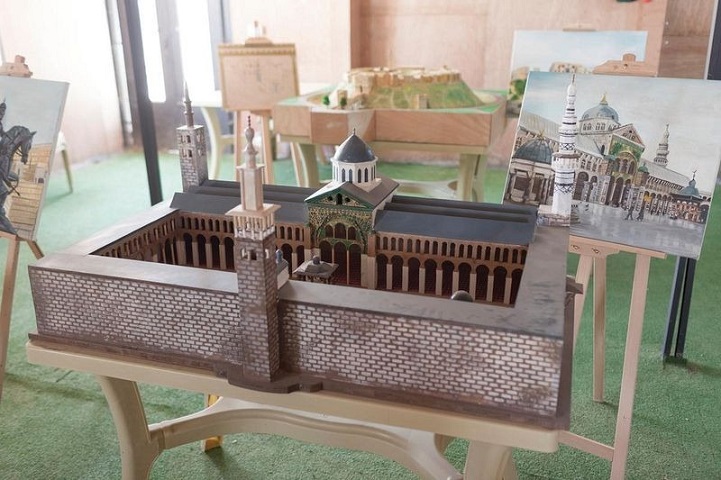 The Umayyad Mosque of Aleppo, built between the 8th and 13th century remains a famous holy site. Said to be one of the largest and oldest mosques in the world, it served as a key battle ground in the Syrian conflict before being destroyed by bombings in 2013. 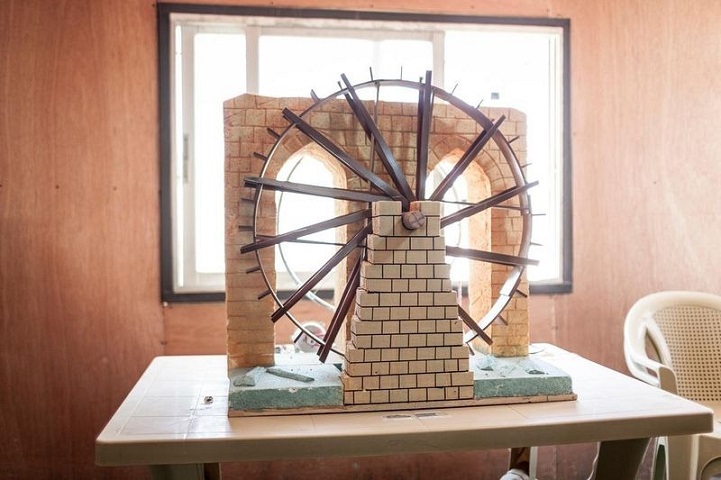 A replica of the Norias of Hamas, a 66-foot water wheel built along the Orontes River over 750 years ago; used to lift pots of water to higher elevation by making use of the power generated by the current

All images via Christopher Herwig/UNHCR.