9 Famous French Painters You Should Know 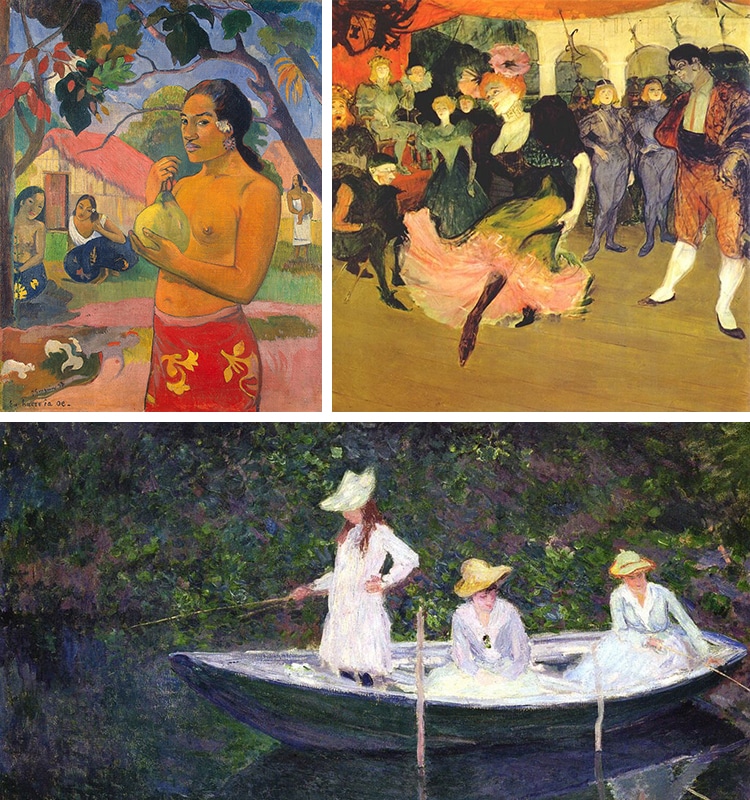 There’re countless artists from across the globe who have shaped the art world as we know it today. However, France has been home to many of the most famous and influential painters in Western history. Art was—and still is—an essential part of French culture, and was nurtured even from its ancient beginnings.

Over the centuries, the country’s rulers—such as Louis XIII and Louis XIV—welcomed and championed artistic endeavors, and even contributed to the founding of the French Academy of Fine Art. This rich artistic environment provided fertile grounds for many of the revolutionary art movements we know today, such as French Baroque, and the Rococo style of the 17th and 18th centuries. However, this environment also gave rise to a group of artists, later called the Impressionists, that would shake France's established artistic traditions to the core and mark the beginnings of Modernism.

From Impressionist painters such as Claude Monet and Camille Pissarro, to the leading styles of Post-Impressionists such as Henri Rousseau and Paul Cézanne, here’s our list of famous French artists you should know.

Developed in France during the 19th century, the Impressionist movement was based on the spontaneous practice of painting outside (en plein air). It was pioneered by a unique group of artists who decided to abandon traditional painting approaches in favor of frantic brushstrokes and unique color palettes—something that was incredibly progressive for the time. In contrast to the realism enforced by the art establishment, their paintings captured emotional “impressions” of fleeting moments found in everyday life. 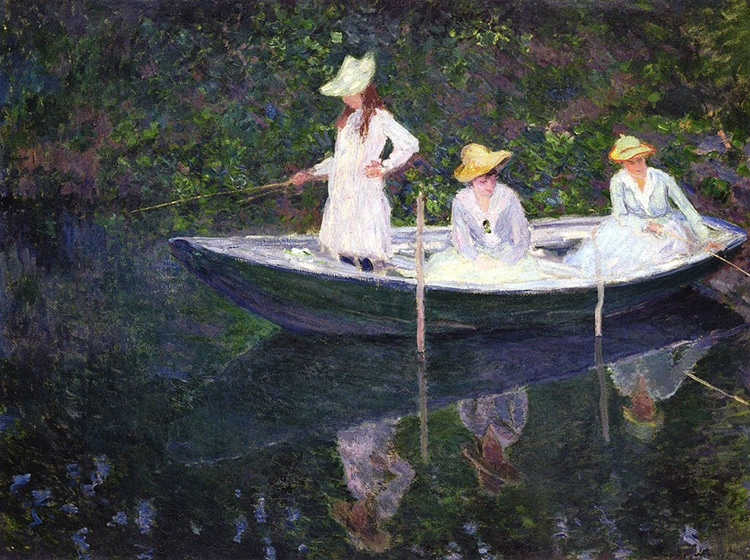 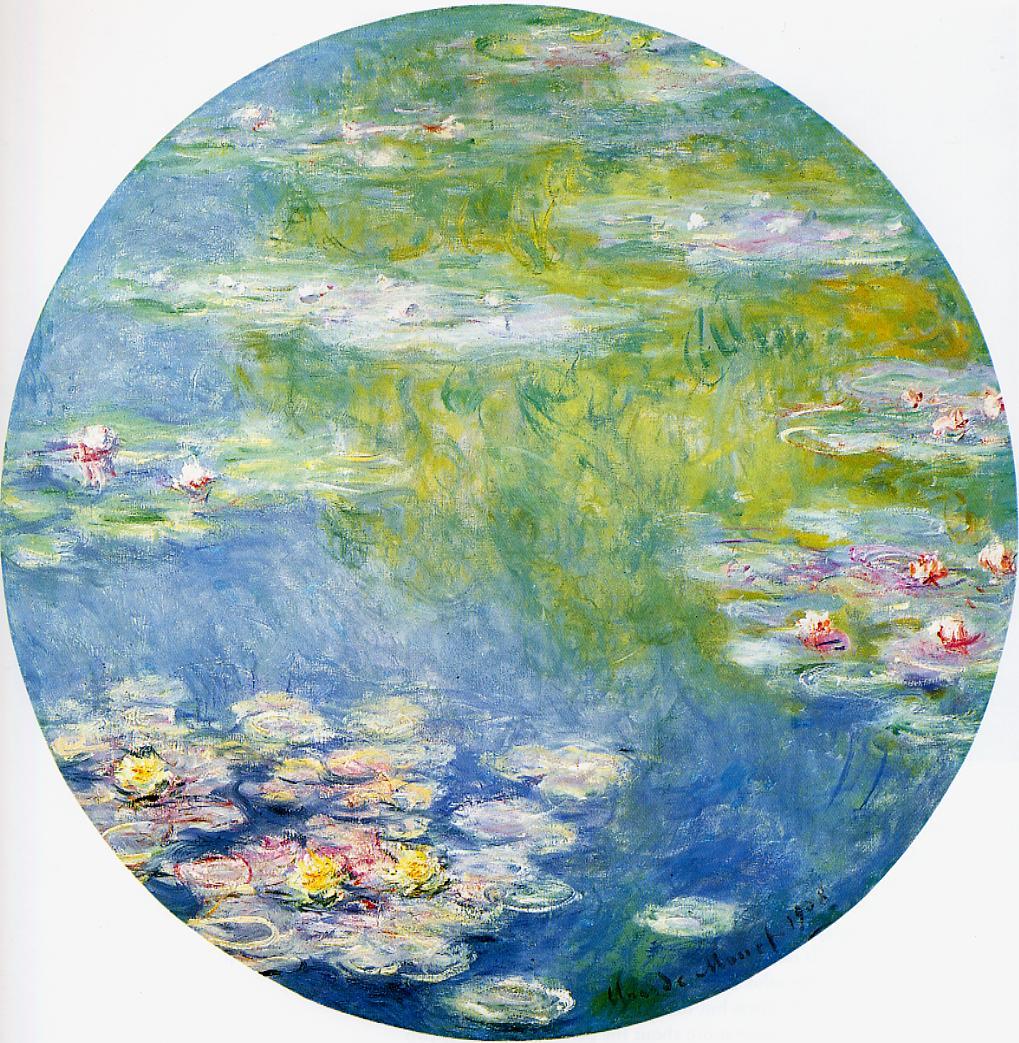 You could say that Claude Monet was the father of Impressionism, since both the artistic style and the movement’s title was derived from one of his own paintings; Impression, soleil levant (English: Impression, Sunrise), exhibited in 1874. Monet is famous for capturing the French countryside, and especially water lily ponds. With a distinct paint stroke style and color palette, he was able to perfectly capture how the sunlight affected his subjects. 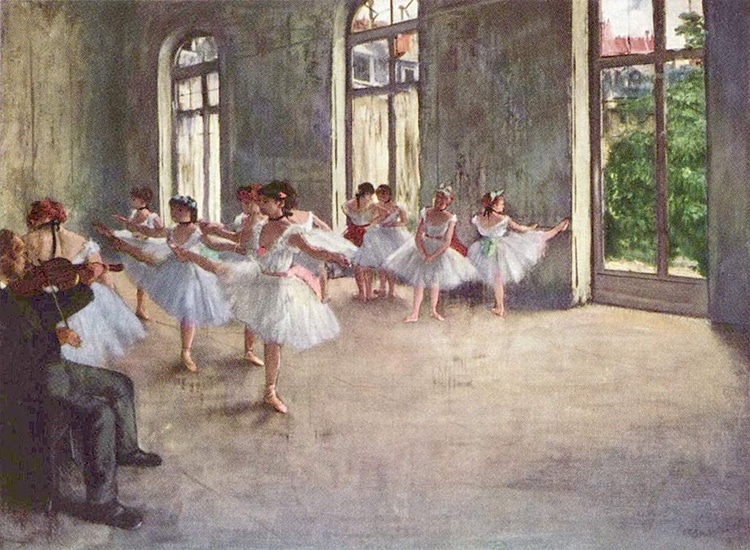 Although he described himself as a Realist, Edgar Degas is considered a member of the Impressionist movement. Famous for his paintings, sculptures, prints, and drawings, he was especially talented at capturing the beauty of dance. His paintings of ballerinas in motion express his momentary observations and visual experiences during dance classes and rehearsals. 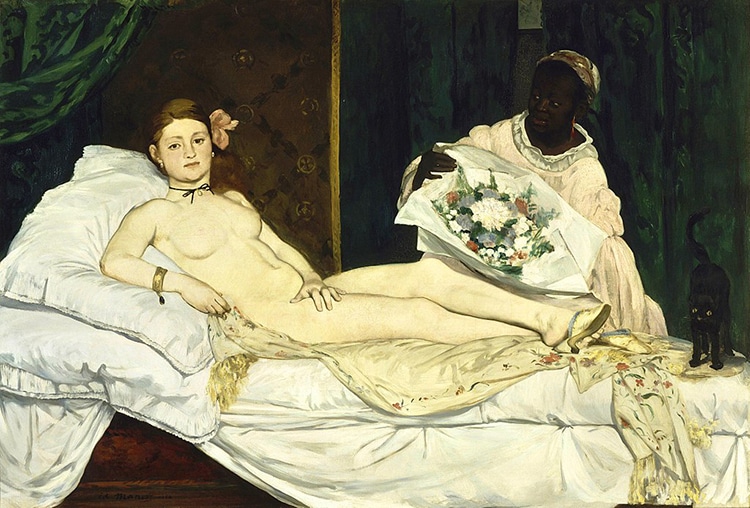 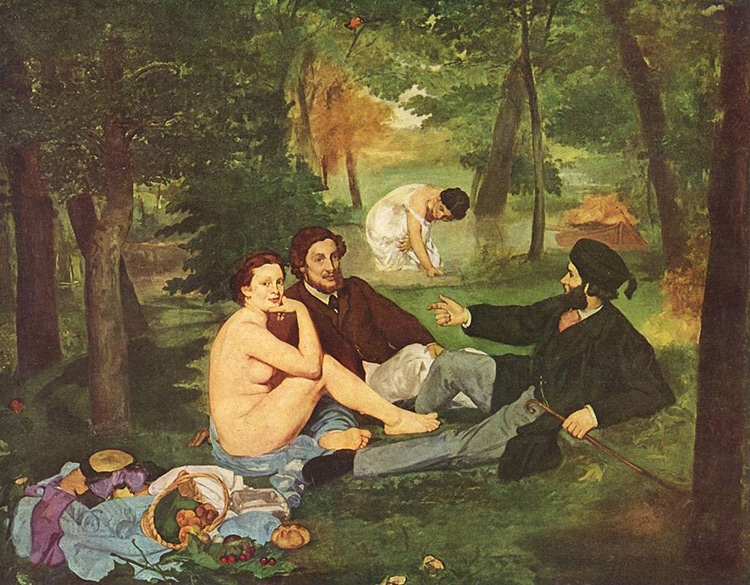 Edouard Manet was one of the first 19th-century artists to paint modern life, and a pioneering figure who led the transition from Realism to Impressionism. Controversial at the time, his paintings depicted nude women—one of which was the French female painter, Victorine Meurent— who posed for several of Manet's most famous paintings, including Olympia.

The most shocking thing for audiences at the time was not Olympia’s nudity, but several details that lead people to believe Meurent was depicted as a prostitute. These included the orchid in her hair, and symbols of wealth such as her pearl earrings and gold bracelet. Not to mention the name “Olympia” was associated with prostitutes in 1860s Paris.