Like other large-scale paintings by Renoir, Luncheon of the Boating Party portrays a gathering of his friends and real-life acquaintances, including artists, actors, and even his future wife. 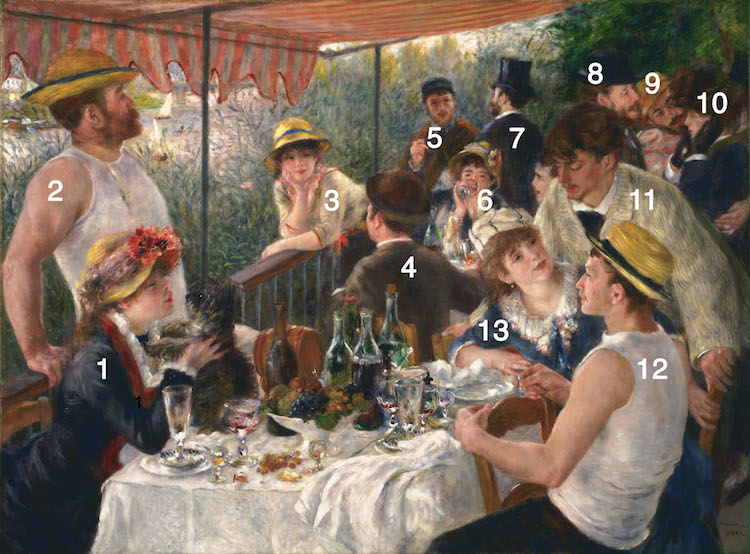 In 1880, French dressmaker Aline Charigot began modeling for Renoir. Though there was a nearly 15-year age difference between them, they had a child together in 1885 and were married five years later. Charigot continued to model for her husband until her untimely death in 1915. 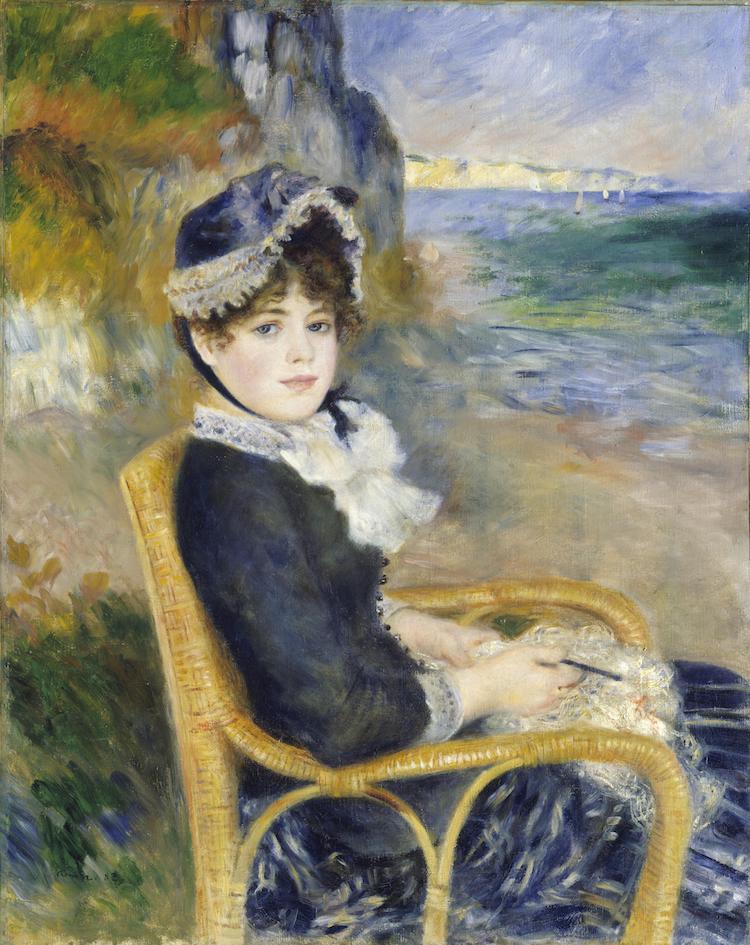 Alphonse Fournaise Jr. was the son of the Maison Fournaise's founders. He assisted with the boat rentals.

Alphonsine Fournaise was the daughter of the restaurant's owners. Renoir painted her portrait in 1879. 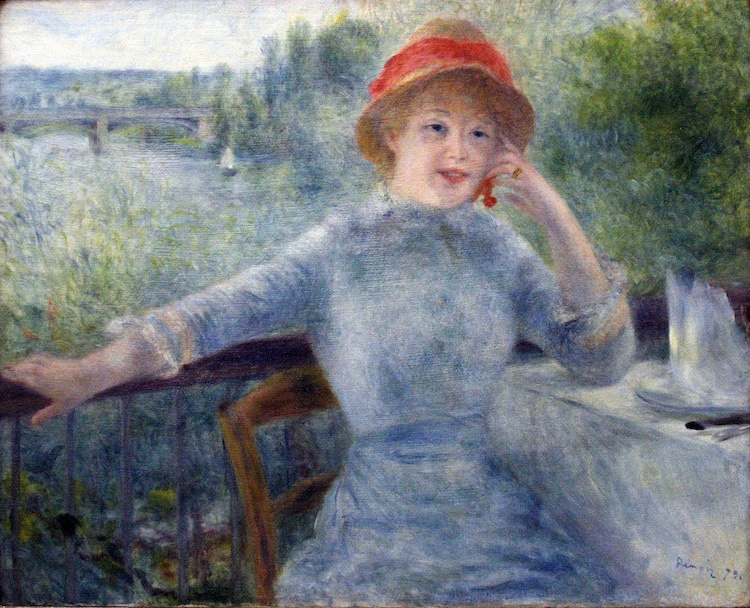 Baron Raoul Barbier was the former mayor of colonial Saigon. Known as a bon vivant (“one who lives well”), Renoir's son Jean famously claimed that Barbier was “interested only in horses, women, and boats.”

Jules Laforgue was a Symbolist poet.

Ellen Andrée was a French actress who often posed for Renoir and other prolific painters, like Manet and Degas. 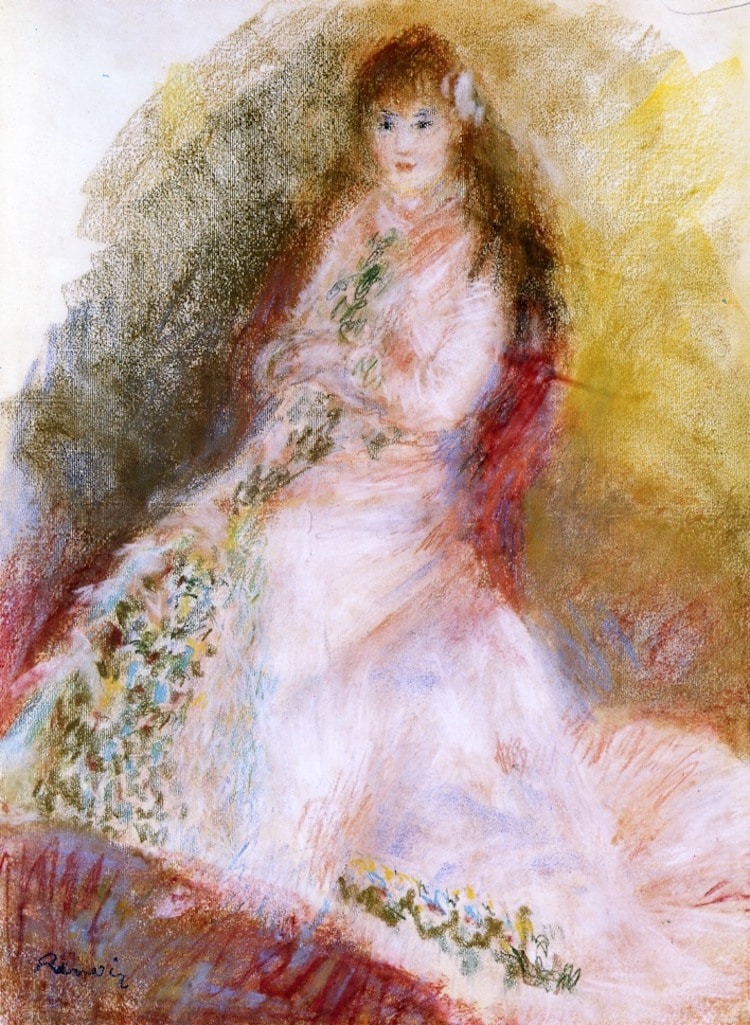 Charles Ephrussi was an art critic, collector, and historian. He also co-founded and contributed to the Gazette des Beaux-Arts, a major art review in France.

Eugène-Pierre Lestringuez was an official at the Ministry of the Interior. Like many of his other friends, Lestringuez often modeled for Renoir. 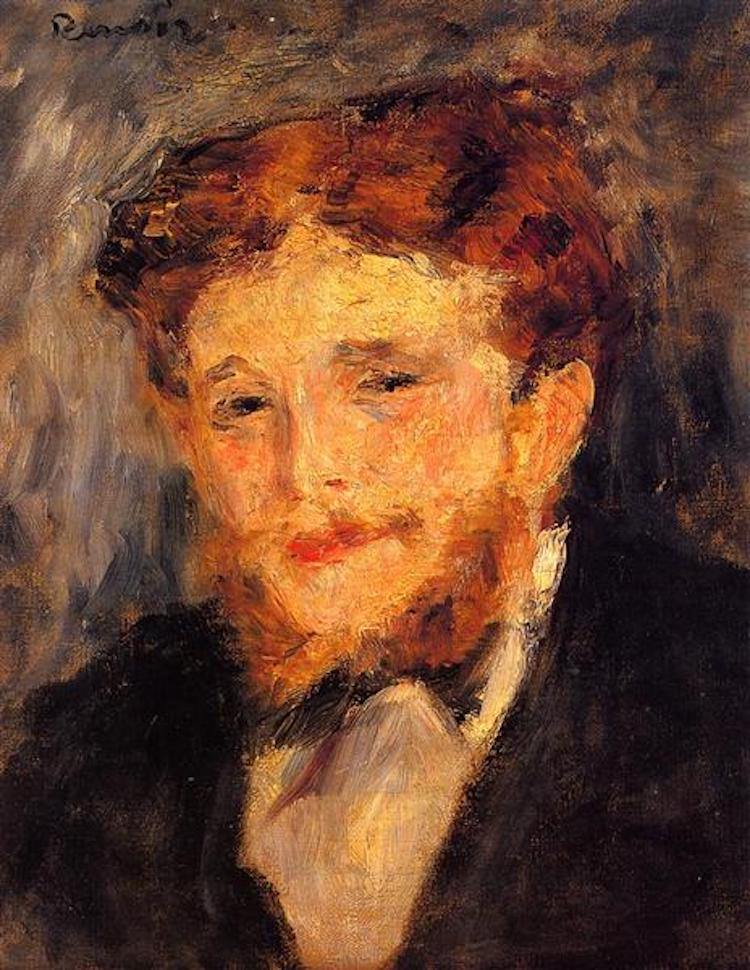 Paul Lhote was a fellow artist. He also appears in The Dance at Bougival, another well-known work by Renoir that features his friends in an outdoor setting. 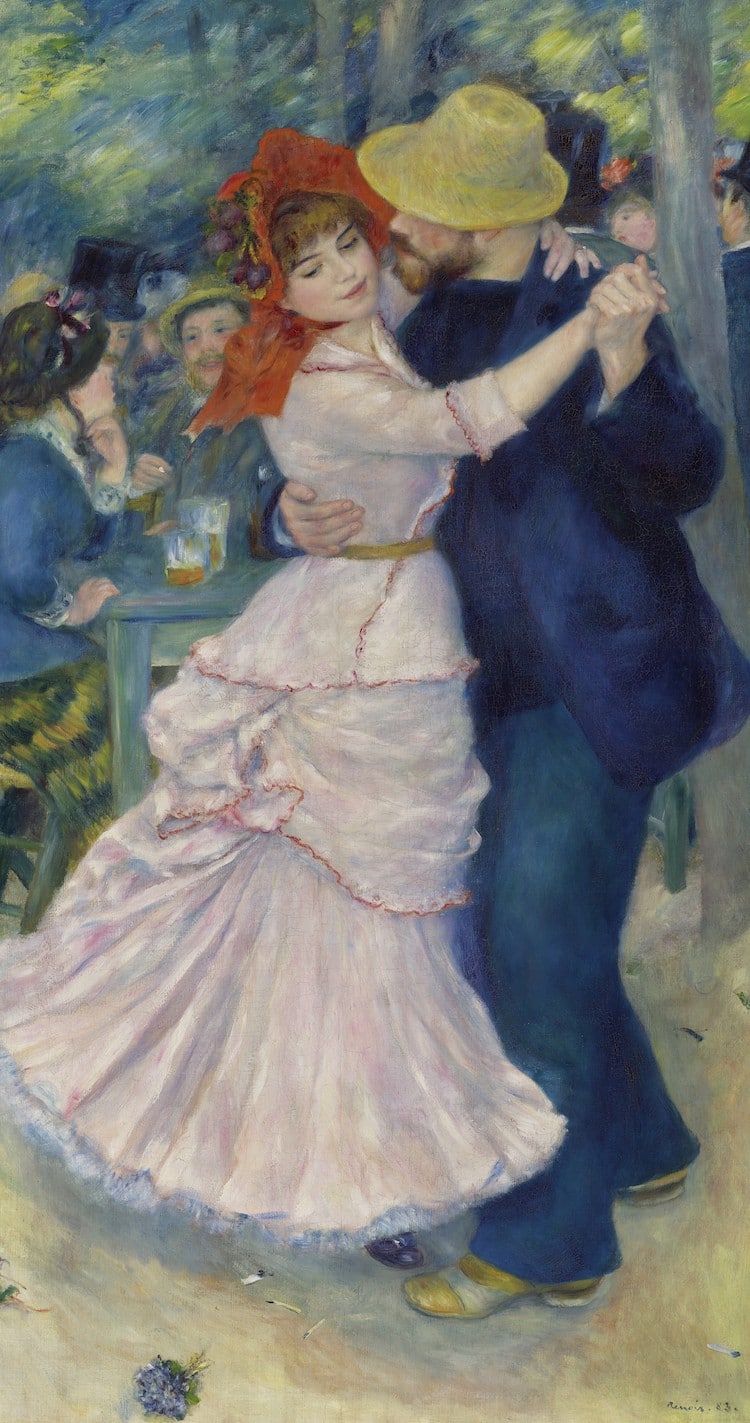 Angèle Legault was a Parisian actress and flower vendor.

Adrien Maggiolo was a journalist for Le Triboulet newspaper.

Gustave Caillebotte was an artist and one of Renoir's closest friends. Though associated with the Impressionist movement, Caillebotte painted in a much more realistic style than other Impressionists. In addition to painting, Caillebot enjoyed boating; he was even a member of the prestigious Sailing Club of Paris.

Jeanne Samar was a distinguished French actress. She performed at the Comédie-Française, Paris' premiere theatre. 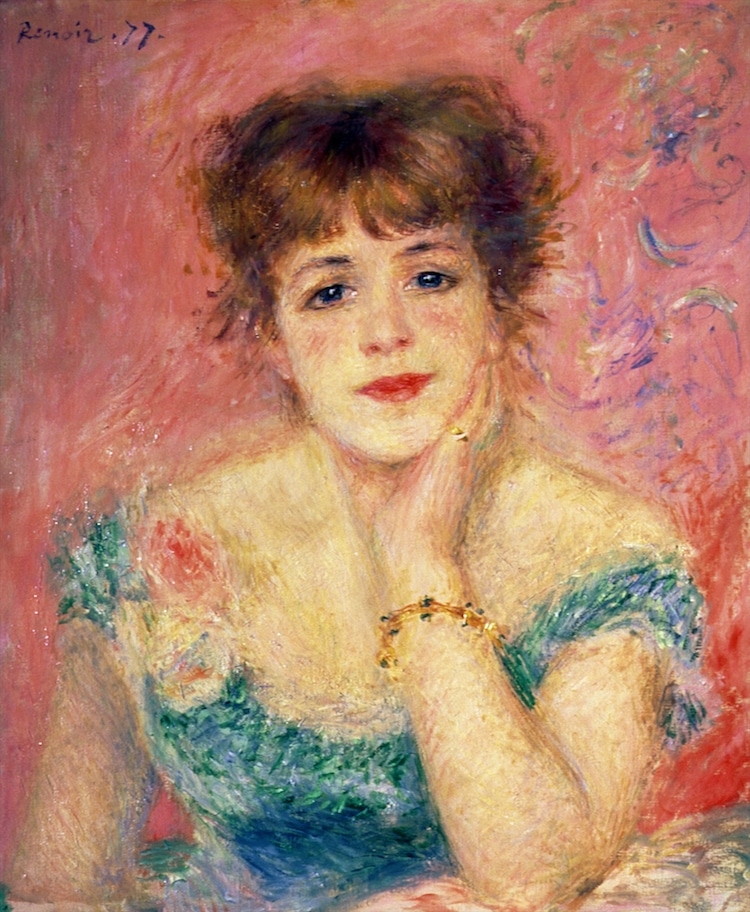 The piece was originally part of a private collection owned by French art dealer Paul Durand-Ruel. However, in 1923, it was purchased for $125,000 by Duncan Phillips, an American art collector at the forefront of modern art.

Since then, it has been a highlight of Washington DC's Phillips Collection, the art museum that he founded. Until his death in 1966, the piece remained Phillips' most prized painting. He—like many others—believed it to be “one of the greatest paintings in the world.”