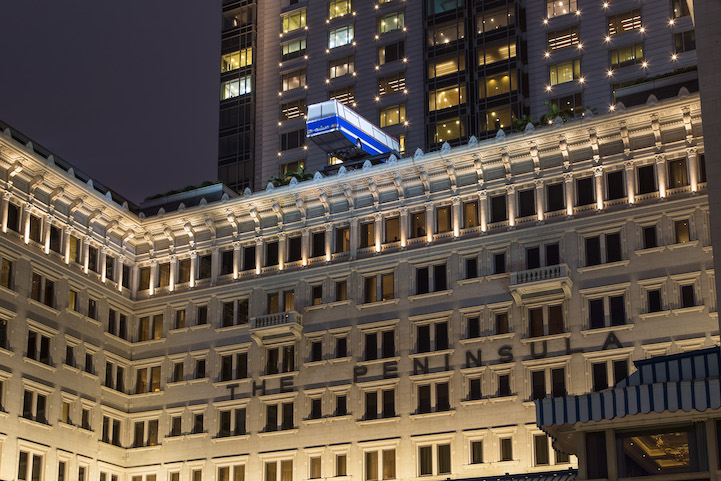 Does this make anyone else feel a little queasy? As part of this year's Art Basel in Hong Kong, artist Richard Wilson has perched a full-sized bus sculpture on the edge of Hong Kong's Peninsula Hotel. The work is inspired by the 1969 British heist movie The Italian Job when Michael Caine and his gang of gold robbers hang precariously off a mountain top. (See the “cliffhanger” clip, here.) Called Hang On a Minute Lads, I've Got a Great Idea, based off the final line in the film, the sculpture is guaranteed to stop passersby in their tracks as they look up and see the full-sized replica of the bus from the movie, a vintage twin-axel Harrington Legionnaire coach. The work hangs off the edge of The Peninsula's seventh floor Sun Terrace and is part of the hotel's new collaboration with the Royal Academy of Arts. It will be on display from March 12 to April 8.

British artist Richard Wilson has twice been nominated for the Turner Prize. His ingenious installations are known to play with space and perception. This work was originally featured three years ago on the roof of the De La Warr Pavilion, in Bexhill, Surrey, as part of the London 2012 Cultural Olympiad.

Doesn't this remind you of Do Ho Suh's Fallen House? 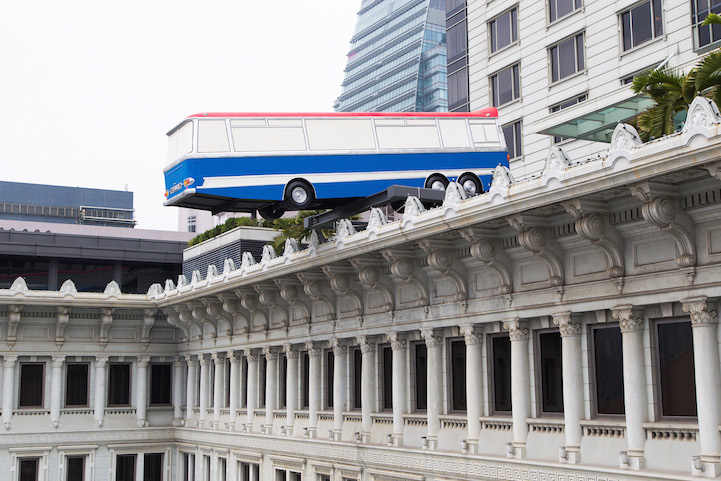 Daytime shot of the sculpture 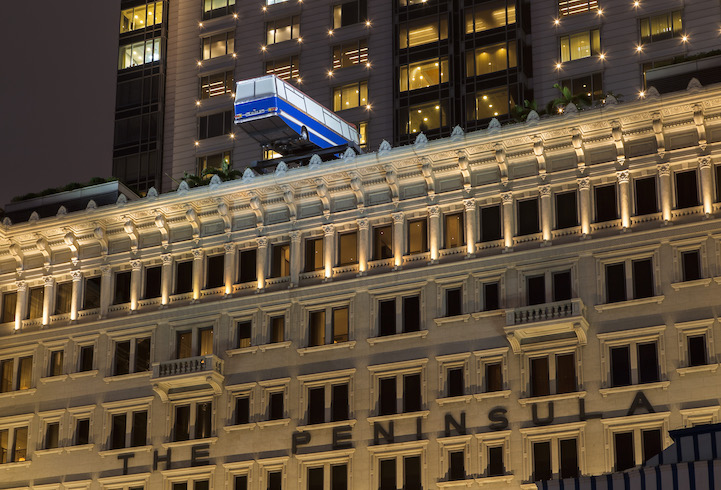 Nighttime shot of the sculpture, close-up 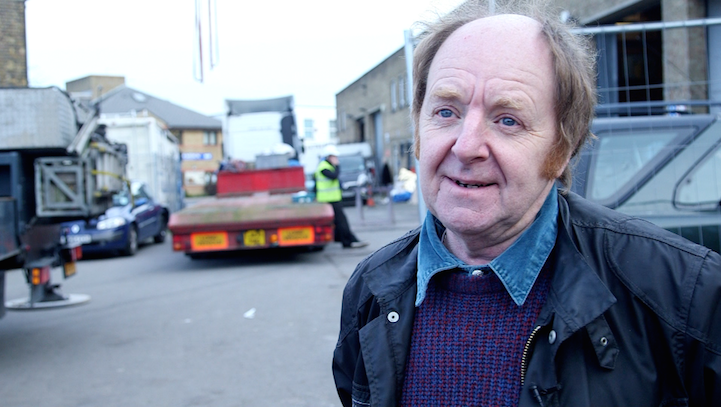 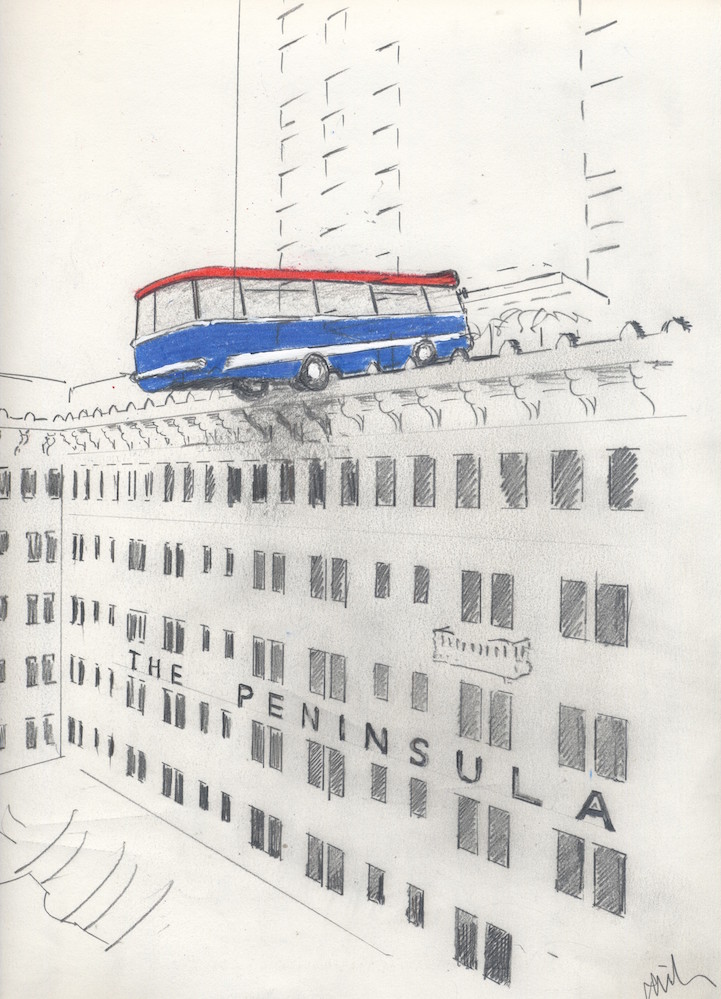