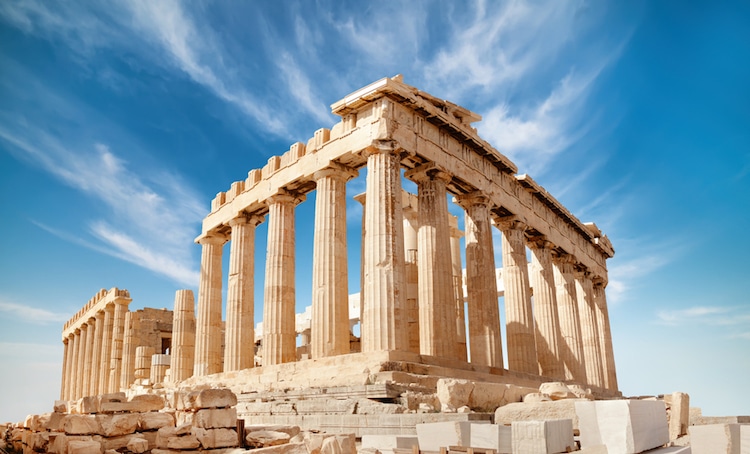 When one thinks of history's great civilizations, it's impossible not to include the ancient Greeks. For centuries, they helped give birth to Western culture as we now know it. From law and politics to athletics and architecture, the ancient Greeks have left an indelible mark on society. And perhaps there's no building that evokes ancient Greece more than the Parthenon.

Located on the Acropolis in Athens, the Parthenon was constructed at the peak of the Greek empire. Started in 447 BCE, it took nine years for the structure to be completed and an additional six to finish all of the decorative elements. Built in the Classical architectural style, its proportions have been studied for centuries. It was once even thought that it approximated the golden ratio in its construction, though this has since been disproved.

As one of the most famous attractions in the world, the Parthenon draws millions of visitors each year who flock in to appreciate its majestic form. With so much history, there's a lot to learn about this iconic piece of architecture. Let's take a look at some of the most interesting facts about the Parthenon, the apex of Greek architecture. 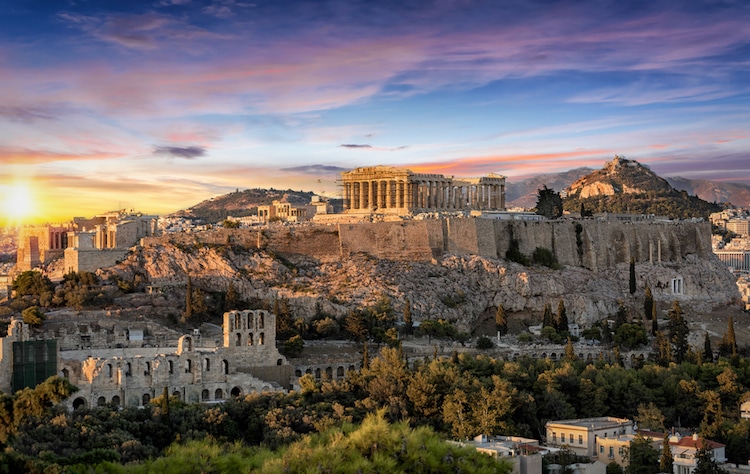 It’s dedicated to a Greek goddess.

The Parthenon is dedicated to the patron saint of Athens—the goddess Athena. A small shrine to the goddess has been excavated inside, located on the site of a previous sanctuary.

It’s not the first temple on this space.

The history of the Acropolis goes back much farther than the Parthenon itself. In fact, the temple sits on a site of a much older temple dedicated to Athena, which is now referred to as the Pre-Parthenon or Old Parthenon. This older temple was destroyed during the Persian war in 480 BCE while it was still under construction. After laying in ruins for over 30 years, the Greeks decided to revive the site and build the current Parthenon. 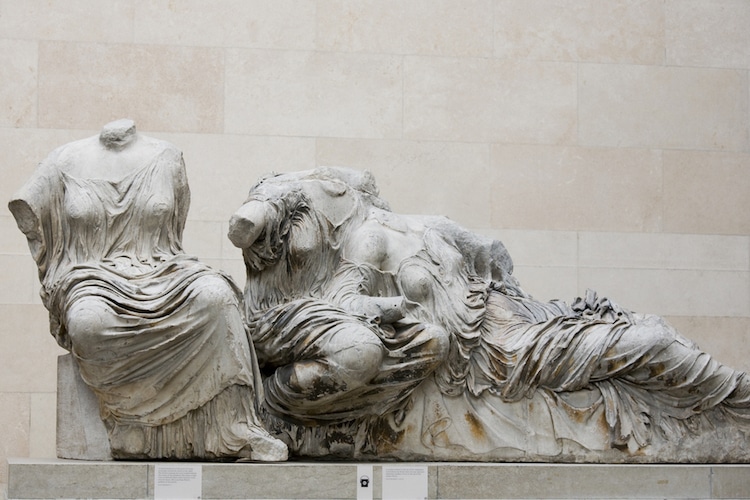 For a time, it was used as a mosque.

As is typical of many ancient buildings, the Parthenon underwent several transformations during its long history. In the 1460s, when Greece was under Ottoman rule, the temple was transformed into a mosque and stayed that way for nearly 200 years. Interestingly, the minaret was formed from a tower that was in place because prior, it had been used as a Catholic church.

Some of its greatest treasures are located in London.

While Greece was still under Ottoman rule, Scottish nobleman Thomas Bruce, 7th Earl of Elgin removed about half of the Parthenon's surviving sculptures. Claiming he had permission from the Ottomans, between 1800 and 1803 they were transported by sea to Britain and now reside in the British Museum. As some of the greatest examples of Classical Greek sculpture, the Parthenon Marbles—or Elgin Marbles—are controversial due to their location in London. The Greek government has called for the restitution of the precious sculptures for many years, with experts arguing both sides of the case. 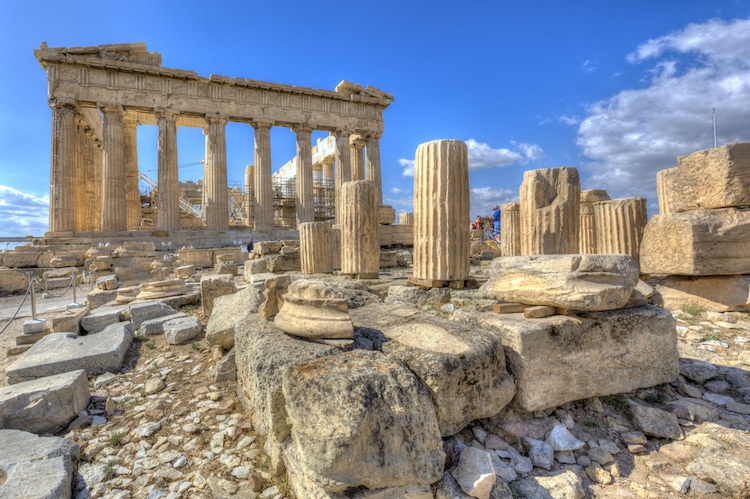 Its name has an interesting origin.

The Parthenon's name comes from the Greek word παρθενών, which translates to “unmarried women's apartments.” It's believed that the word is related specifically to one room within the Parthenon, though historians debate exactly which room. While there are different theories, it's possible that maidens (parthenoi) who participated in sacrifices to the goddess Athena helped give rise to the name.

It’s not actually a temple.

While we refer to the Parthenon as a temple—and it looks like one architecturally—the building doesn't function quite the way one would think. Traditionally, a temple would host a cult image of Athena—the patron saint. Instead, the main cult image of Athena Polias is located in a different area of the Acropolis. While a colossal statue of Athena by the famed sculptor Phidias would have been located inside the Parthenon, it was not related to a particular cult and so would not have been worshipped.

It was originally quite colorful.

While we often think of classical art as being white and pristine, the Parthenon—as with much Greek architecture and sculpture—would have been colored originally. While historians debate just how much of the structure would have been covered in color, archaeologist often use UV light to uncover pigments that have now been lost.

It’s one of the finest examples of Greek architecture.

As one of the most iconic buildings in the world, the Parthenon has come to exemplify Greek architecture. The base measures 228 feet by 101 feet and it is an incredible example of the Doric order. This means that its columns have fluted shafts and simple capitals. The impressive pediments that cap each end of the building would have been filled with sculpted figures and a continuous frieze would have run around the cella—inner chamber—and lintels of the inner columns. 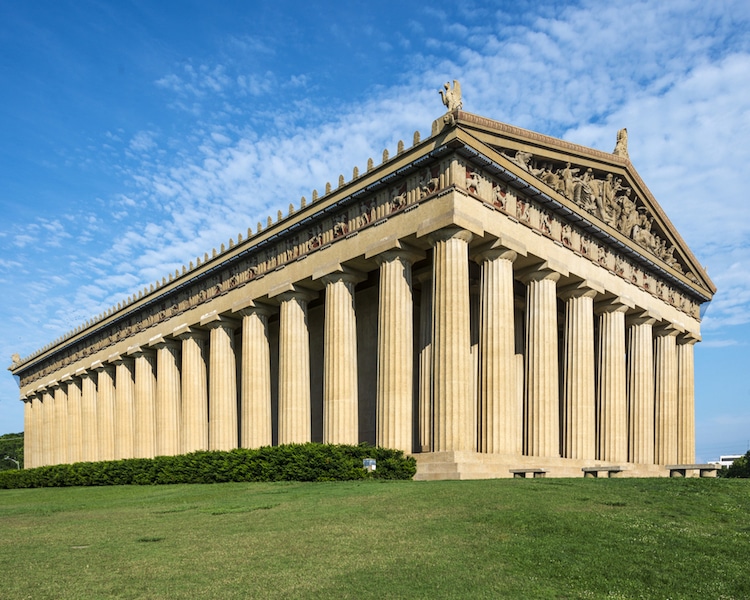 It was bombed during the Great Turkish War.

The war between the Ottoman Empire and an alliance known as the Holy League proved devastating for the Parthenon. The temple was still being used as a mosque when the Ottomans adopted it as an ammunition dump during the war. This was a disastrous choice, as the Venetians bombed the area, causing the ammunition to explode and heavily damaging the Parthenon and its sculptures.

There is a full-scale replica in the United States.

You don't have to go all the way to Greece to experience the Parthenon. There's a meticulously detailed replica located in Centennial Park, in Nashville, Tennessee. Built in 1897 as part of the Tennessee Centennial Exposition, it also has replicas of the Parthenon marbles cast directly from the originals. In 1990, local sculptor Alan LeQuire installed a replica of Phidias' massive Athena Parthenos, completing the recreation. 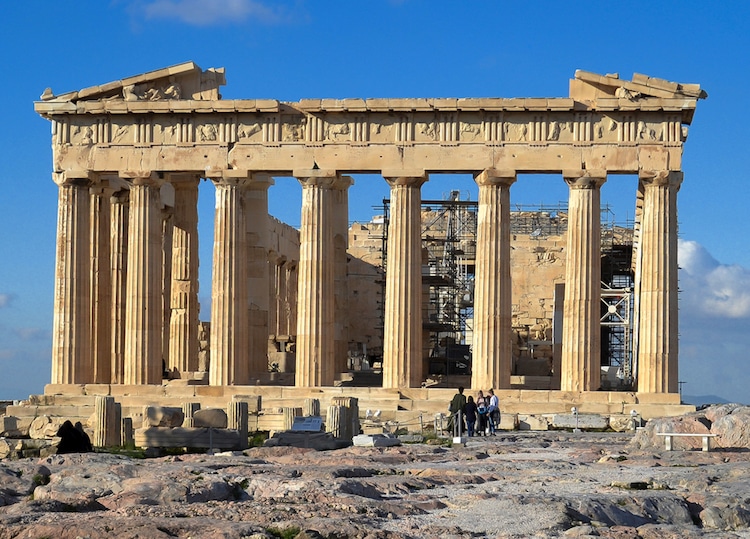 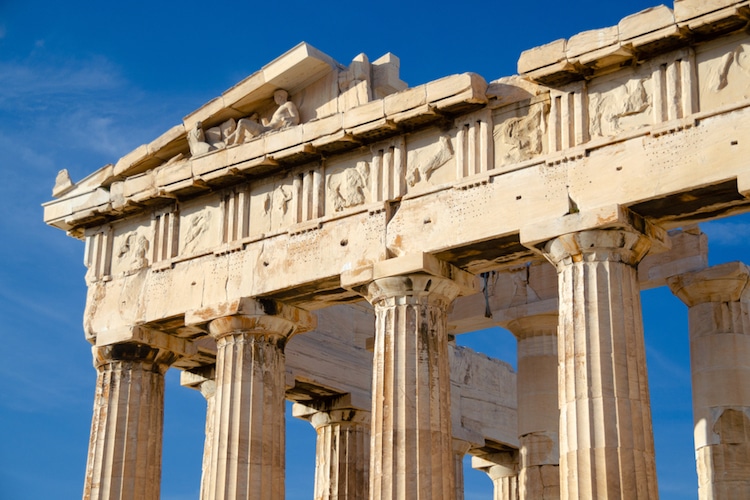 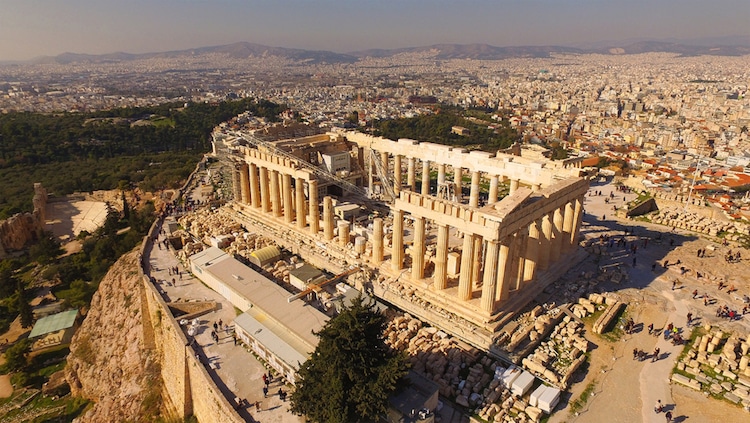