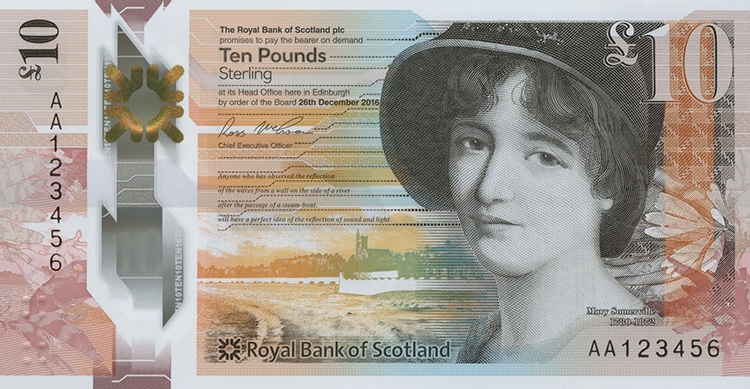 Portrait of scientist Mary Somerville on the front of the £10

The Royal Bank of Scotland has started the new decade off right with its release of a series of banknotes deemed Fabric of Nature. With artwork featured across their fronts and backs, each bill highlights a significant Scottish woman and an indigenous species of Scottish wildlife. The series was led by the Scottish design company Nile, in partnership with O Street, Timorous Beasties, Graven, and Stuco.

On the front, these colorful polymer bills honor the likes of author and poet Nan Shepherd, scientist Mary Somerville, and businesswoman and patron of the arts Kate Cranston with delicate portraits. The artwork illustrated across the bills' backs depicts Scottish fauna scenes of otters, mackerel, and squirrels at play.

“From the typography to the featured animals, to the bespoke textile backgrounds, every element of every note has a meaning connected with the people of Scotland. The notes are a cultural capture of what is important, and heart felt for us Scots,” the design company exclaims. The series of £5, £10, and £20 notes offer a beautiful display of national pride.

The IBNS Banknote of the Year Award, which acknowledges exceptional bill designs, has yet to release its nominations for the 2020 competition, but Scotland is sure to give other nations a run for their money this year. Aruba won the 2019 competition for its 100 Florin note and Canada took home the top prize the year before for its 10 dollar note.

UPDATE: Scotland's 20 Pound Note is now officially a nominee of the 2020 IBNS Banknote of the Year Award.

The Royal Bank of Scotland has unveiled a beautifully colorful series of banknotes. 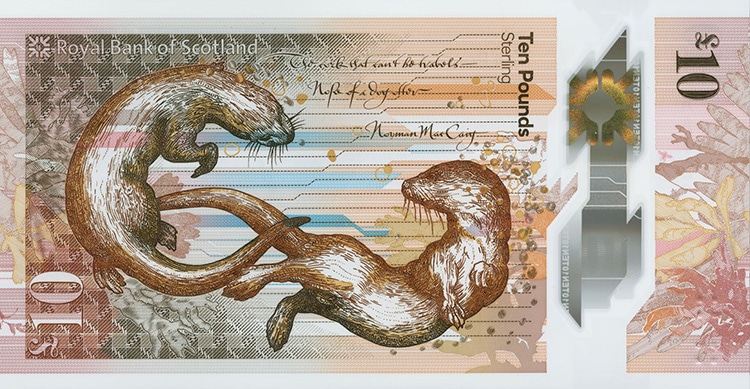 Illustration of otters on the back of the £10 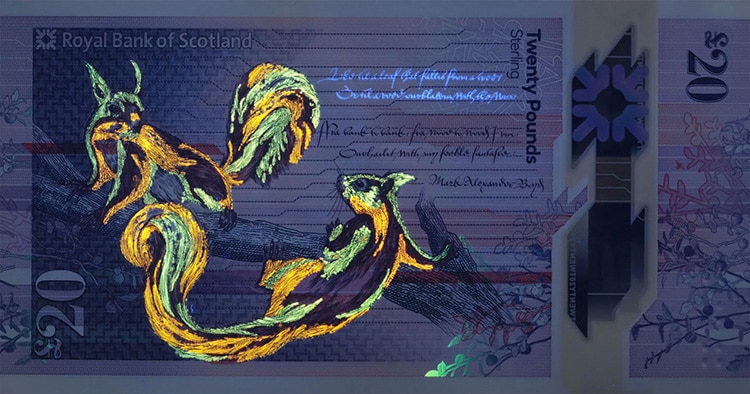 Back of £20 banknote illuminated by UV light 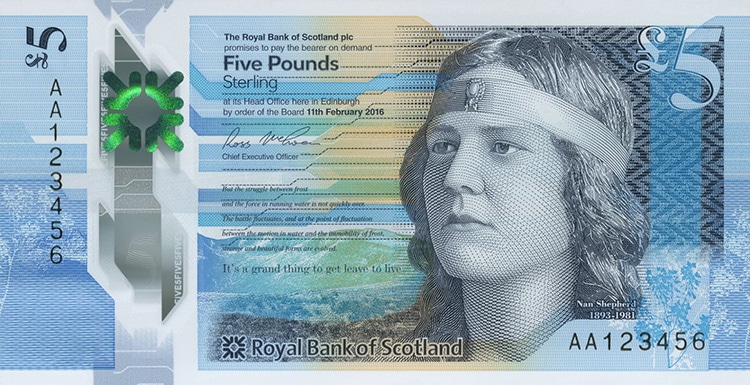 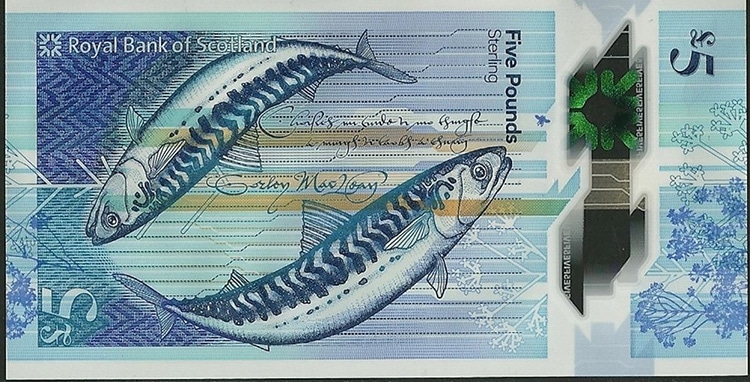 Illustration of mackerel on the back of the £5

Scotland joins the movement in celebrating inspiring women on their currency in 2020. 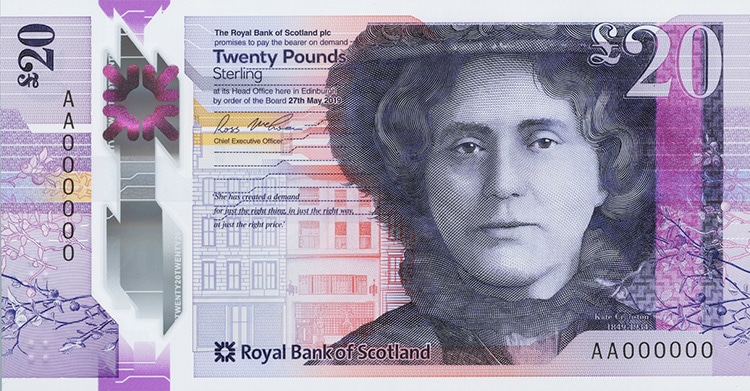 Portrait of businesswoman Kate Cranston on the front of the £20 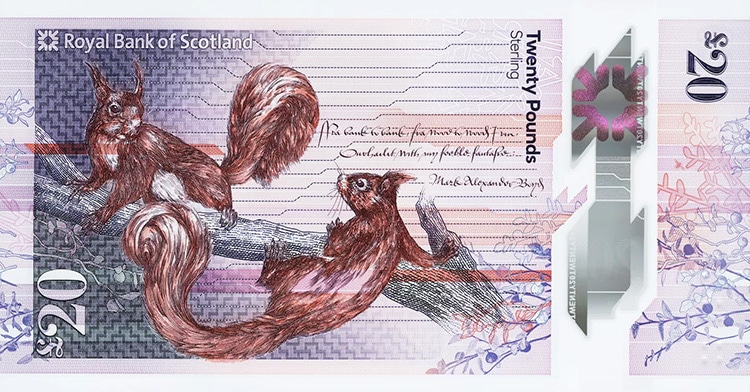 Illustration of squirrels on the back of the £20

All images via Nile.