Stunning Hotel is Tucked Away in Once-Abandoned Caves 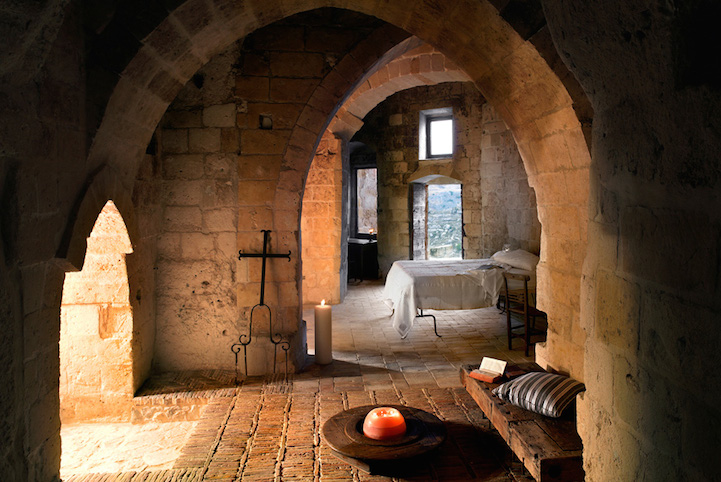 Tucked away in the once-abandoned caves of Matera, a little-known village in Southern Italy, lies the Sextantio Le Grotte Della Civita. It's a one-of-a-kind hotel built by Swedish-Italian entrepreneur, hotelier, and philanthropist Daniele Kihlgren. The spectacular space features 18 rooms that blend traditional, locally-sourced design with a contemporary finish and makes it the perfect place for a truly unique getaway.

The caves were originally used as a shelter for area farmers but had since fallen in disrepair. Rubble was everywhere and the walls were covered in pockmarks. To make it habitable, the site was cleaned and taken apart piece by piece, wired and piped, and reassembled with each stone returned to its original place. Amenities were only added if they could be invisibly incorporated or were absolutely necessary, as to preserve the integrity of the long-standing architectural frame.

The decor may be minimal, but it has everything you'd need for a comfortable stay. After all, you wouldn't want it to detract from the stunning interior details of the cave or the dramatic views that overlook the Park of the Murgia. The hotel feels like something out of a fantasy novel, and we're already planning our trip to this breathtaking place. 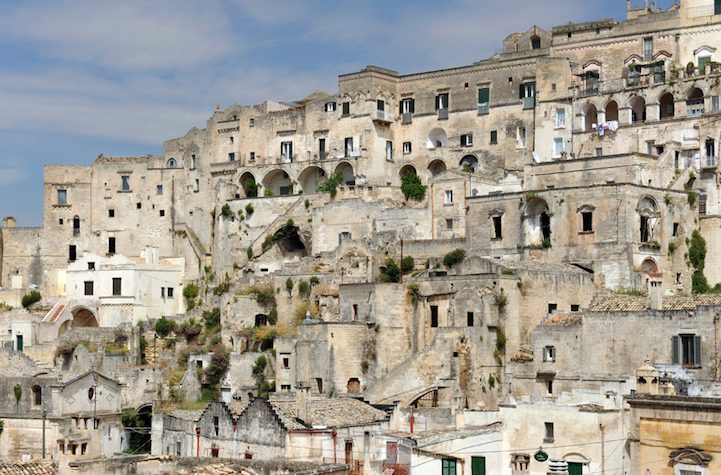 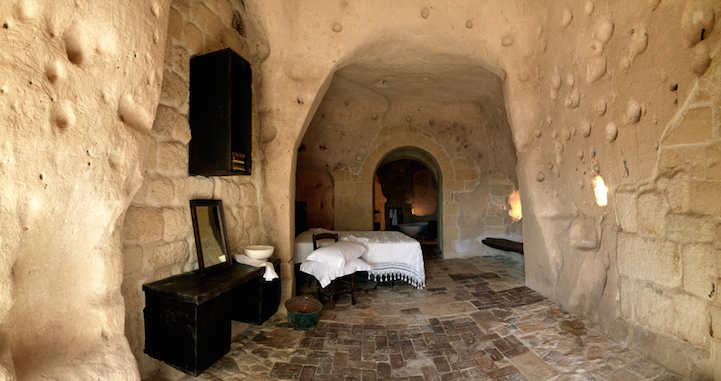 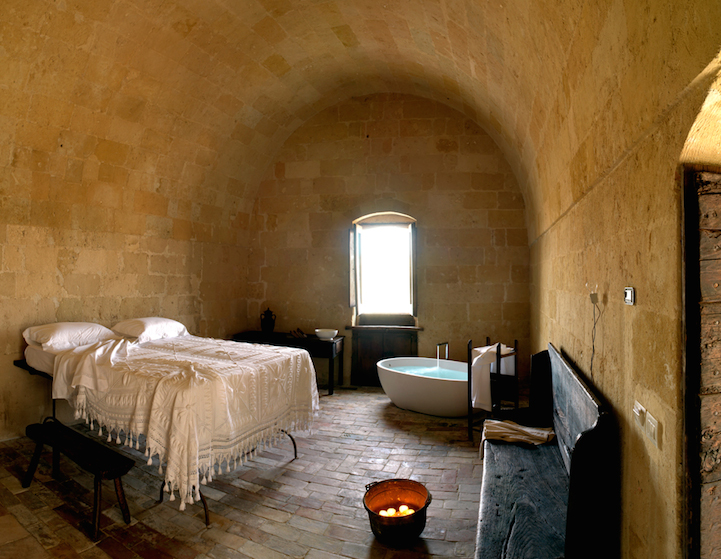 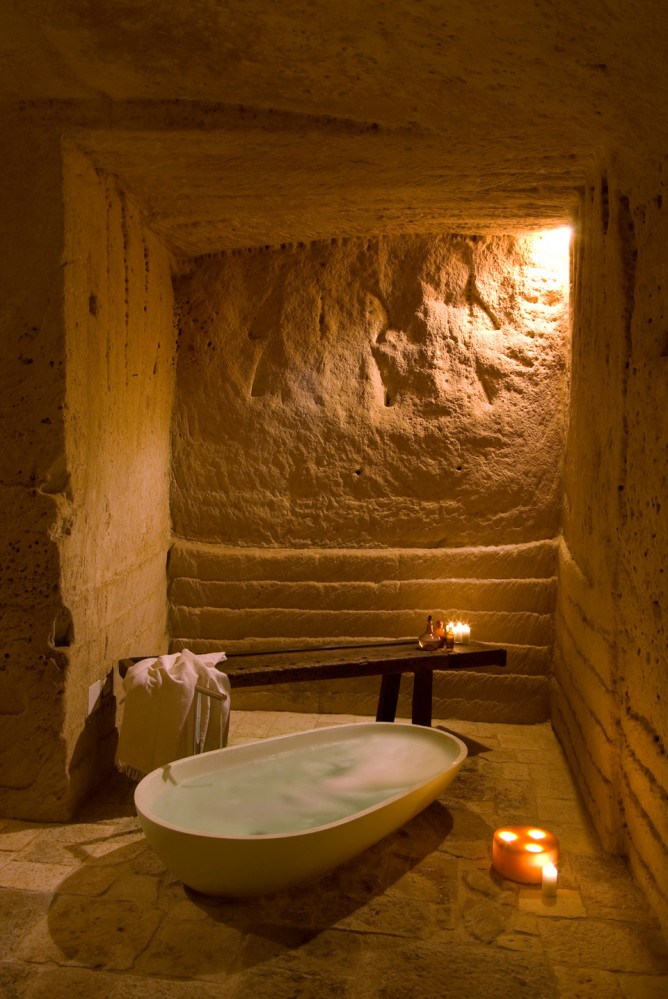 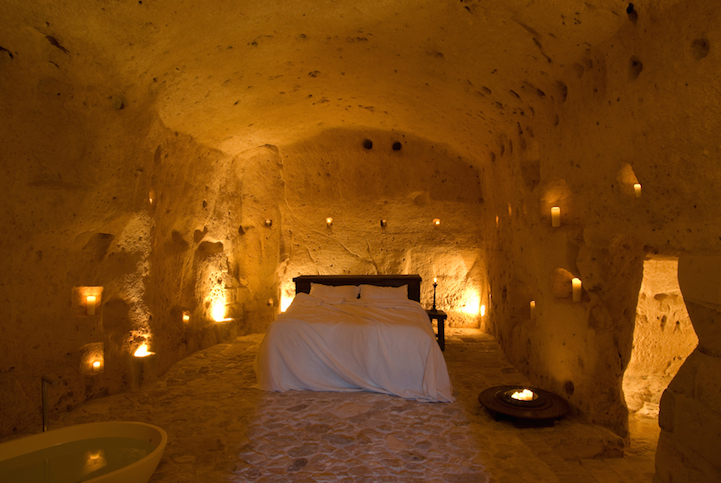 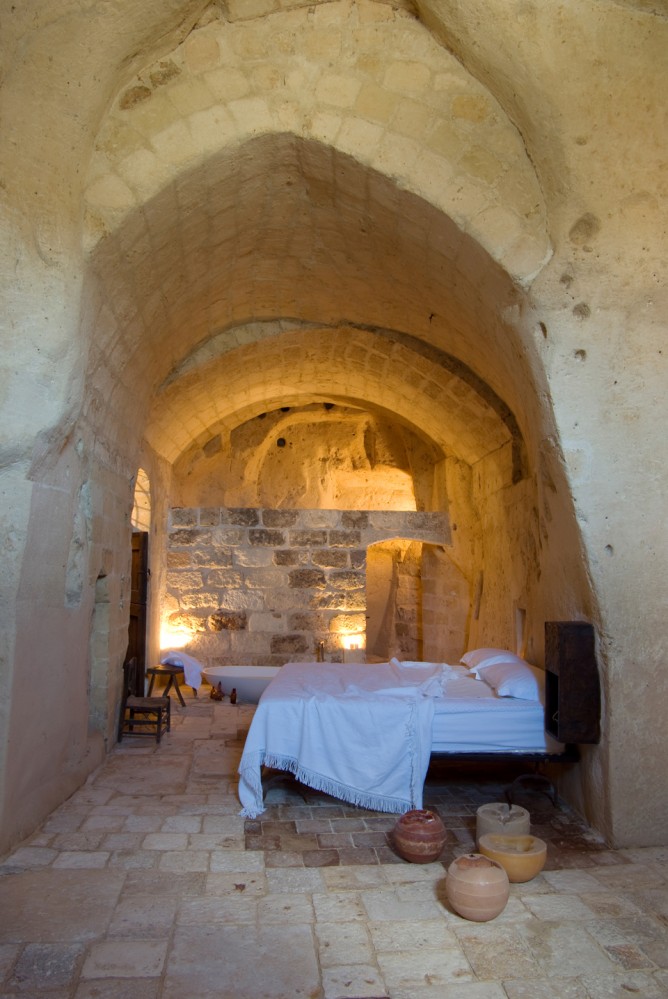 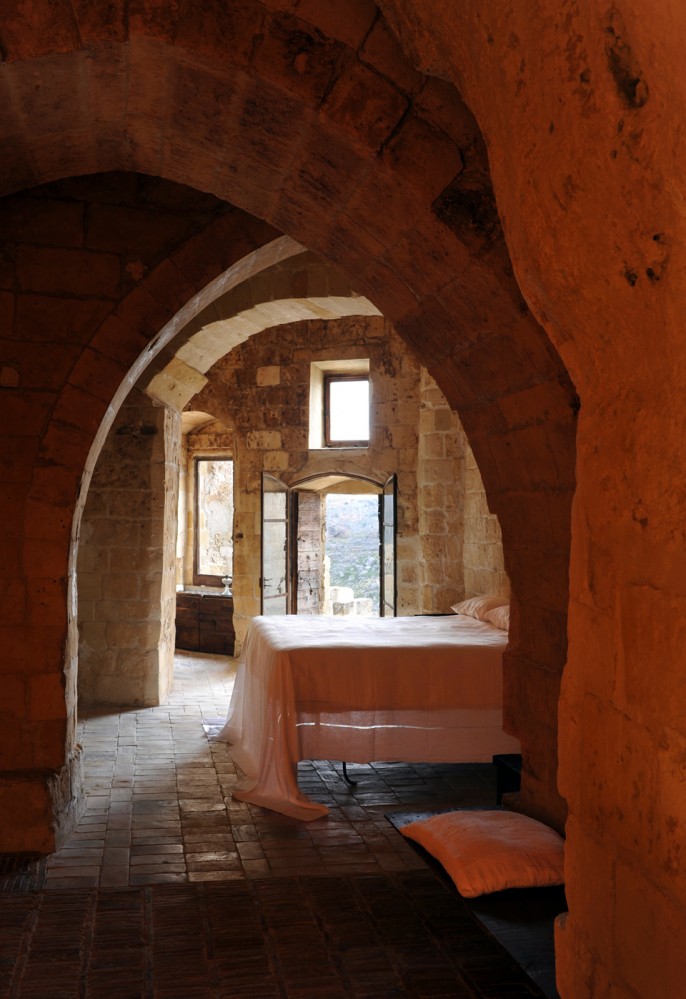 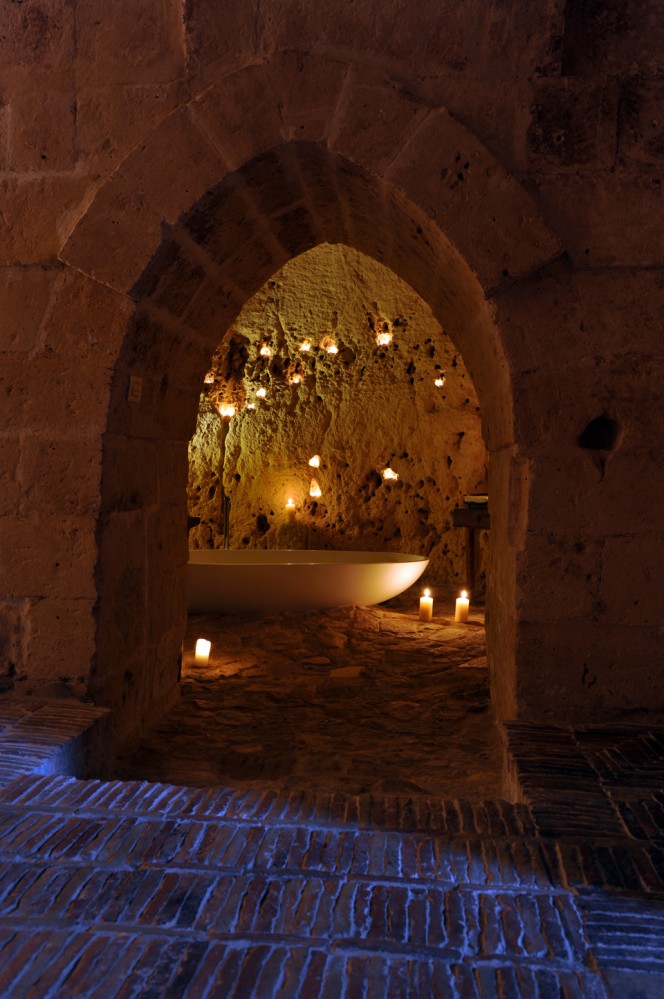 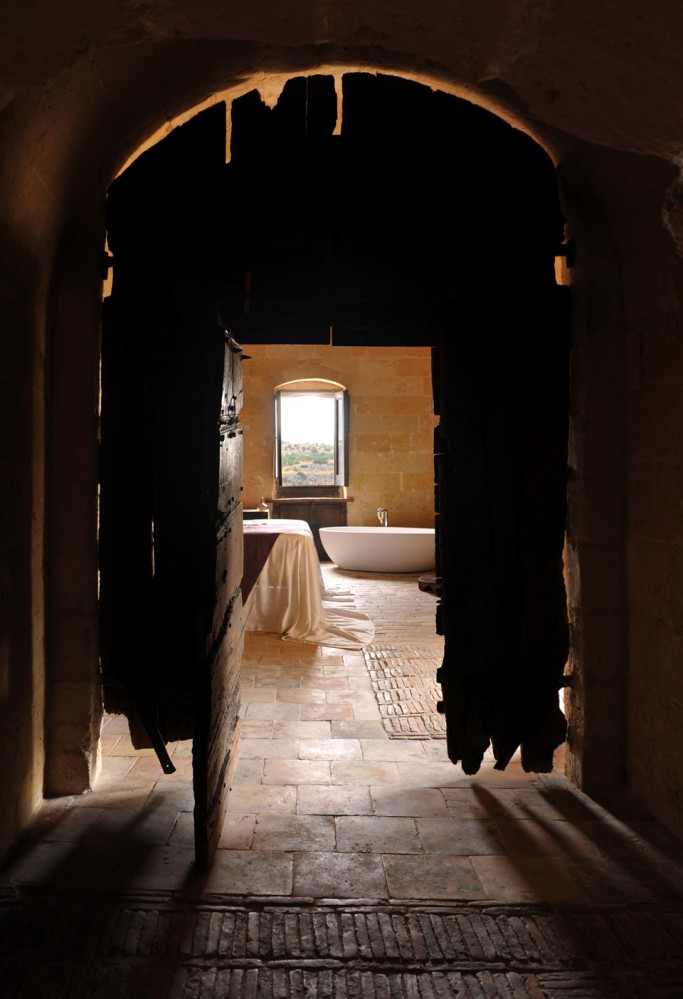 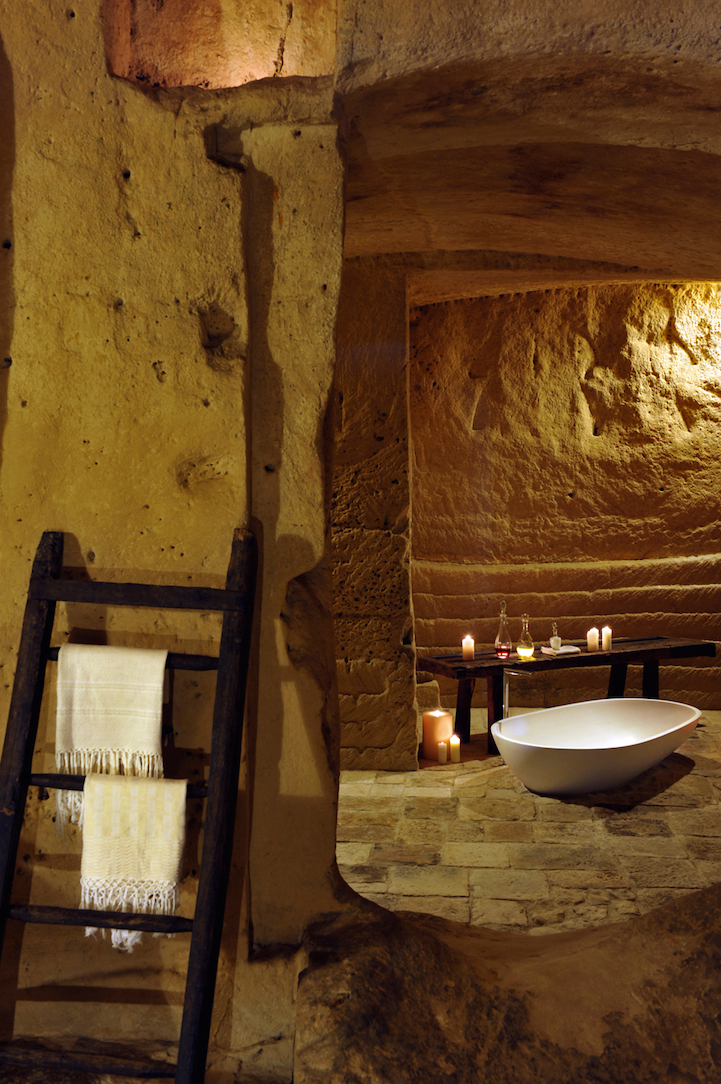 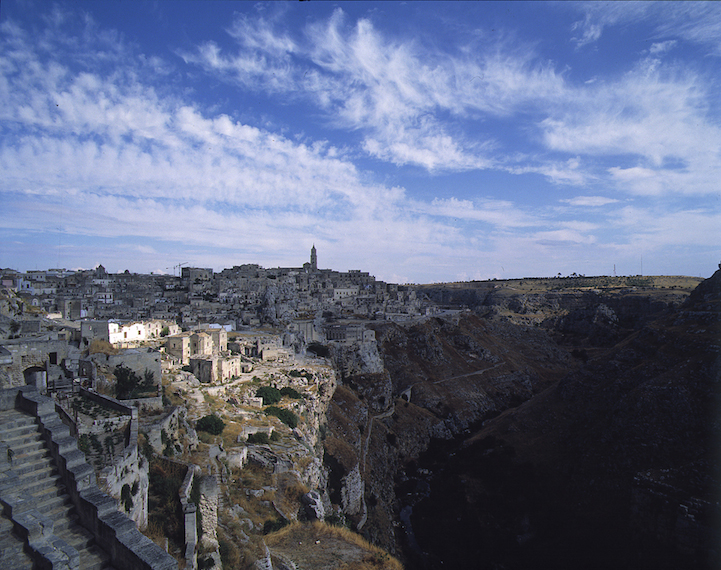