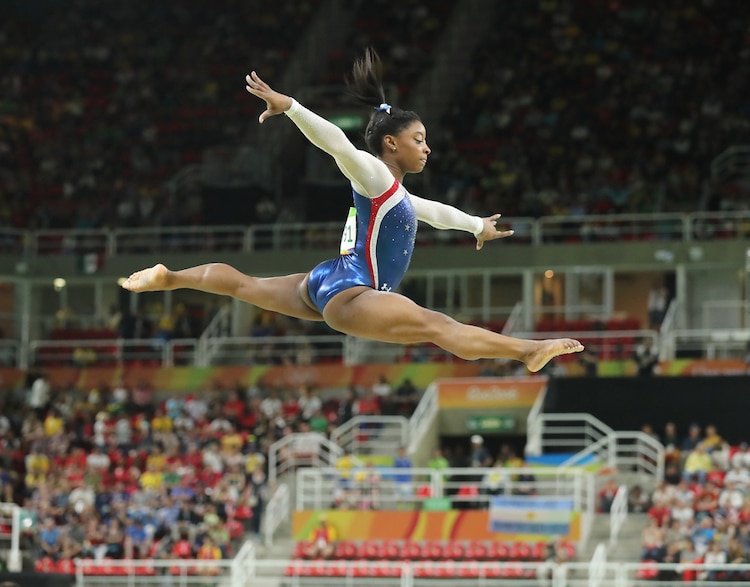 Leading up to the summer Olympics in Tokyo, the energy around Simone Biles’ gymnastic performances was palpable. People couldn’t wait to watch her epic routines. And as an athlete who tends to win everything she does, it was widely speculated that she’d come out on top in all of her events. So, it came as a shock when Biles announced that she had withdrawn from the women’s gymnastics team final on day four of the Tokyo Olympics. (It's unclear if she'll perform in upcoming individual events.)

In an official statement from USA Gymnastics, the organization confirmed that Biles was out “due to a medical issue.” But in subsequent messaging from Biles and those close to her suggested that the reason for the decision may be mental health.

“It’s like fighting all those demons and coming out here. I have to put my pride aside. I have to do it for the team,” she said. “And then at the end of the day, it’s like ‘you know what, I have to do what is right for me and focus on my mental health and not jeopardize my health and my well-being.”

The U.S. team ended up winning the silver medal as one of Biles’ teammates took the place for her in the event. But it’s clear that Biles is the real winner here; prioritizing your mental health is just as important as physical health, and so often we look to athletes to push through everything to win. That, however, is unhealthy and unsustainable—something that Biles recognizes. She, like Naomi Osaka, is setting a great example for young people in sports who may feel pressure to compete at any cost.

Simone Biles pulled out of the women’s gymnastics team final earlier. “I just felt like it would be a little bit better to take a backseat, work on my mindfulness and I knew that the girls would do an absolutely great job and I didn't want to risk the team a medal,” she said pic.twitter.com/o9uhkg1EPu

“I just think mental health is more prevalent in sports right now,” Biles said, “…we have to protect our minds and our bodies and not just go out and do what the world wants us to do.”

As Biles is speaking out, she has the support of people around the world. Celebrities with huge platforms are congratulating her for putting her mental health first and in turn, signaling to others that it’s okay, too.

Olympian—and arguably the greatest athlete of all time—Simone Biles decided to withdraw from the women’s gymnastics team final at Tokyo to preserve her mental health.

She was met with overwhelming support from celebrities praising her decision and strength.

Am I good enough? Yes, I am. The mantra I practice daily. @Simone_Biles, we are proud of you and we are rooting for you. Congratulations on the the silver medal, Team @USA! 🎊

I was 14 y/o w/ a tibial stress fracture, left alone w/ no cervical spine exam after this fall. I competed in the Olympic floor final minutes later. @Simone_Biles 🤍 decision demonstrates that we have a say in our own health—“a say” I NEVER felt I had as an Olympian. pic.twitter.com/LVdghdAh1g

I can't imagine the pressure Simone has been feeling. Sending her SO much love. It easy to forget she's still human. WE LOVE YOU.

Someone said it best. @Simone_Biles already won. She is a class act. Withdrew from team competion after vault… stayed and cheered on her teammates… got them chalk for their hands.. encouraged.. hugged them. She already won. Congrats on the silver medal! @TeamUSA @USAGym

When you win the USA 5 Gold Medals and 1 Silver Medal, you deserve to take some time for yourself. @Simone_Biles, WE LOVE YOU ❤️✨

It takes strength to admit weakness. It takes courage, after grueling years of training, to walk away from a life- long dream. It takes humility to determine that teammates will likely score higher without her. Simone Biles is all class

Your health and peace matters. You’re reminding Black women that we can take the space we need for ourselves.

All that is to say that Simone Biles doesn’t have to convince me of nothing. Women’s gymnastics is brutal. I’ve known that since I saw that movie “Nadia” when I was a kid. You ABSOLUTELY can’t be weak minded (or weak bodied) to get to the level Simone Biles is & has stayed at.

People go back to their lives after the game is over but these athletes struggling w/ mental health issues don’t get to switch channels. The issues don’t magically disappear. The pressure to be on & perfect all the time is immense. Sending love to @Simone_Biles & others! https://t.co/R54RxL917V

As if it's in question, @Simone_Biles remains the Greatest of All Time. Even more, for having the courage to listen to her heart and mind and take care of herself in the face of unimaginable pressure. We bow to you!!