Get to Know Sir John Tenniel, the Prolific Illustrator Behind ‘Alice’s Adventures in Wonderland’ 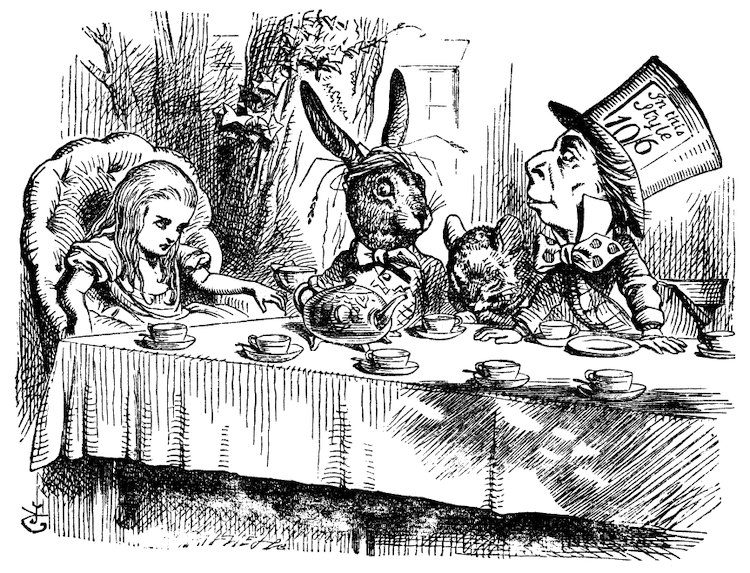 Nothing beats a good story—except, perhaps, one that is accompanied by beautiful drawings. Sir John Tenniel was one artist who created compelling illustrations during the 20th century. Working during the Victorian era, Tenniel spent 50 years as a political cartoonist for Punch magazine. He produced around 2,000 cartoons for the publication, but it was his illustrations for Lewis Carroll’s Alice’s Adventures in Wonderland and Through the Looking Glass that made him a household name. He was even knighted for his artistic achievements in 1893.

Read on to learn about the life and work of this prolific illustrator.

Who was Sir John Tenniel? 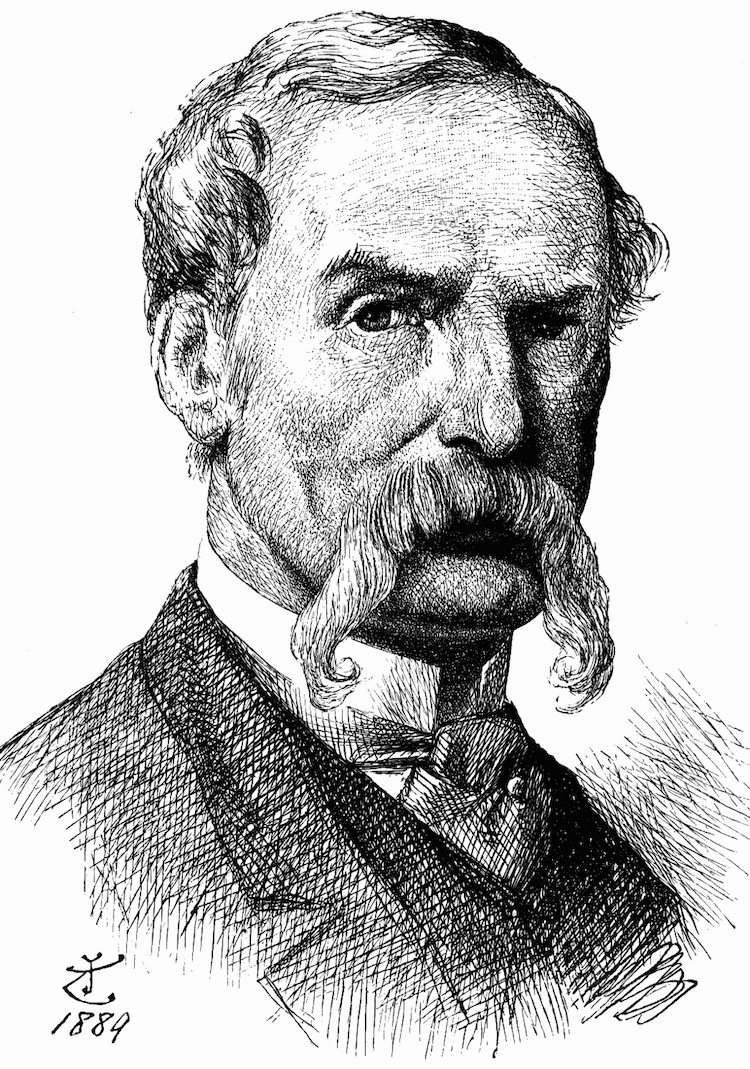 Sir John Tenniel was an English illustrator and political cartoonist who carved out his career during the second half of the 19th century. Born in London on February 28, 1820, he was the son of John Baptist Tenniel, a fencing and dancing master, and Eliza Maria Tenniel.

Tenniel briefly attended the British Royal Academy before he began exhibiting his artwork at the age of sixteen. During his artistic training, Tenniel spent time drawing and painting the classical statues at London's Townley Gallery, copying illustrations from books, studying the costumes and armor in the British Museum, and drawing animals from the zoo in Regent's Park. These exercises taught the young artist how to draw with detail and develop his distinct, cross-hatch style. Tenniel, however, didn’t entirely enjoy the process of observation drawing. Instead, he was happiest when he could draw from memory and his imagination.

In 1840, when Tenniel was 20, he was involved in a fencing accident with his father that resulted in him losing his sight in his right eye. Nevertheless, he kept the severity of the injury a secret from his family and continued on his path to becoming an artist.

Tenniel joined the Artist's Society of Clipstone Street Life Academy in the middle off the 1840s, where he first emerged as a satirical draughtsman. His first book illustration was for Samuel Carter Hall's The Book of British Ballads in 1842.

In 1850, Tenniel replaced Richard (Dicky) Doyle at Punch magazine as a cartoonist, where he would work for the rest of his career. 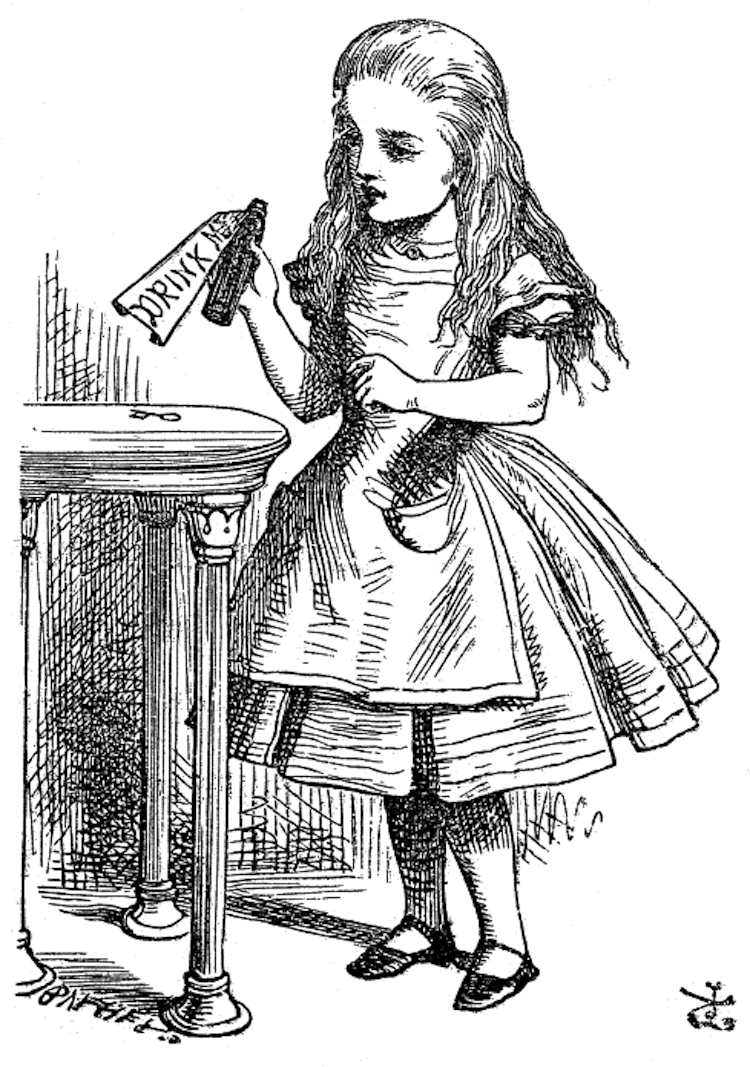 Tenniel was introduced to Lewis Carroll in 1864. After reading the writer's manuscript for Alice’s Adventures in Wonderland, he agreed to create 42 illustrations for the book. But when Tenniel completed his drafts, the notoriously picky Carroll only liked one—the drawing of Humpty Dumpty. Both Tenniel and Carroll were perfectionists, and the majority of their creative collaboration was spent disagreeing over details.

Despite their differences, Carroll appreciated Tenniel’s unique style and process. The illustrator argued that the creatures in Alice’s Adventures in Wonderland should not look like real animals but should instead look like made-up creatures. It was Tenniel’s childlike imagination that helped visualize the book’s whimsical characters we know today.

The first printing of Alice’s Adventures in Wonderland was completed in 1865. The 2,000 copies, however, were sold in the U.S. instead of Britain because Tenniel objected to the print quality. A new edition was released in December 1865 and became an instant best-seller.

After the success of the first book, Carrol wrote two sequels, Through the Looking Glass and What Alice Found There, and asked Tenniel to illustrate them. At first, the temperamental artist turned down the job but later changed his mind. Through the Looking Glass was finally published in 1871, but the difficult relationship between Tenniel and Carroll did not improve. Tenniel never accepted another illustration project from Carrol again, and he even went so far as to warn fellow illustrator Harry Furniss about his upcoming collaboration with Carroll. “Lewis Carroll is impossible,” he said. “I’ll give you a week, old chap; you will never put up with that fellow a day longer.” 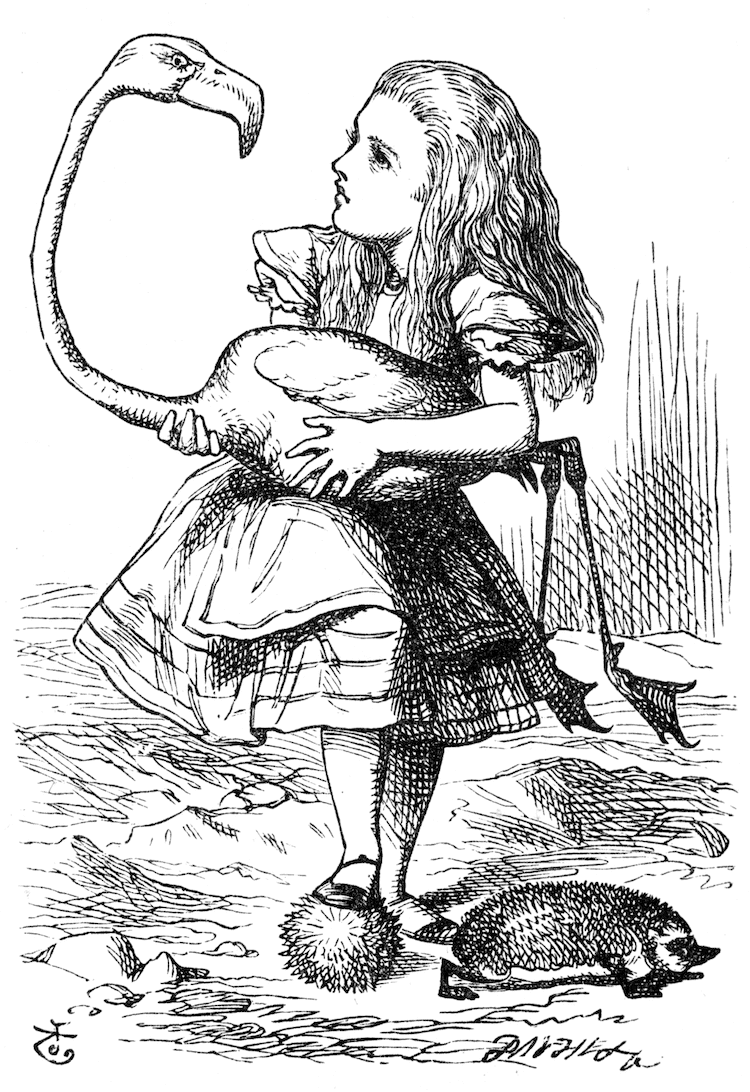 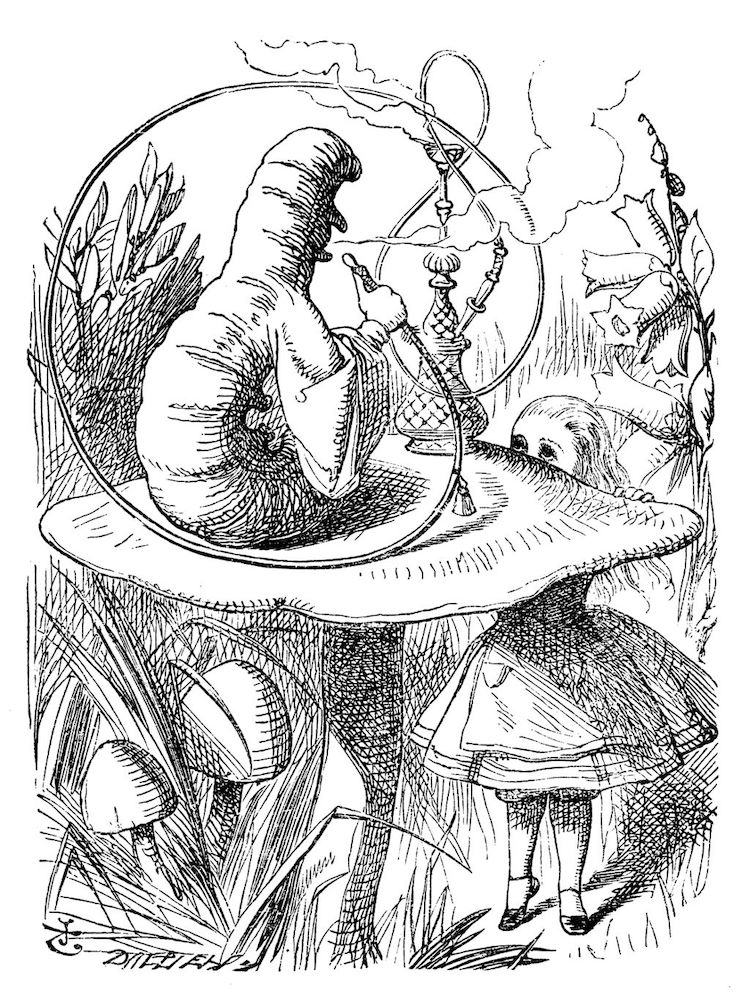 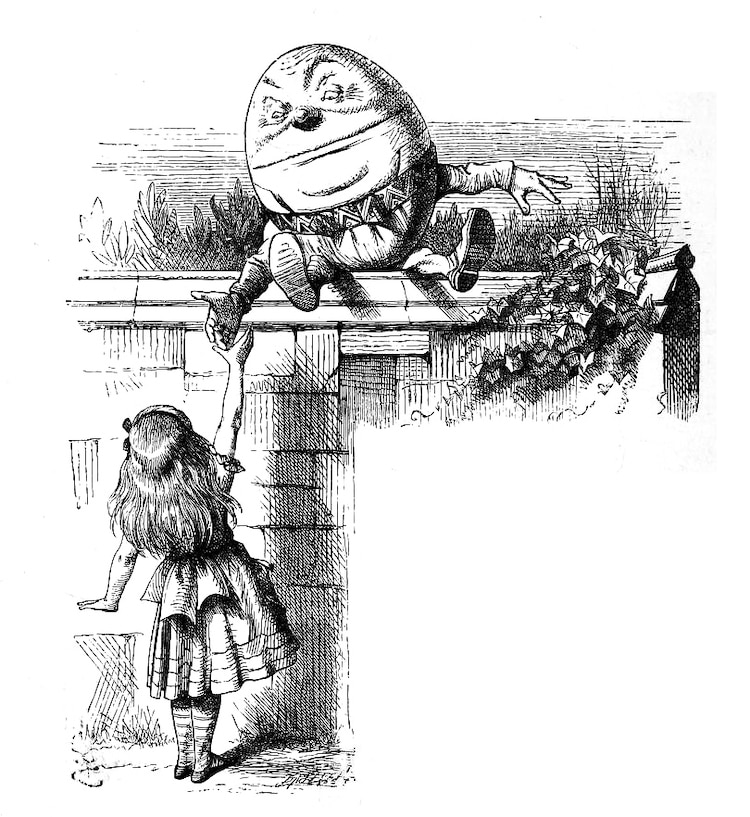 In 1893, Tenniel was granted a knighthood for his political cartoons at Punch and for his illustrations in Alice’s Adventures in Wonderland and Through the Looking Glass.

In 1900, when he was 80 years old, Tenniel retired from his position at Punch. His eyesight in his left continued to deteriorate, yet he still continued to paint watercolors until he went completely blind. Tenniel died on February 25, 1914, when he was 93—nearly half a century after Alice’s Adventures in Wonderland was published.